Being a geek you tend to collect interesting gadgets and toys, and being into gaming that collection of toys turns into a high dollar collection of games, equipment, TV’s, PC’s, and computer parts. If you were to lose everything it would be almost irrecoverable. Our friends over at Geeks.com not only have a solution to help you keep an eye on everything, it’s also another toy to play with. In fact they carry an entire selection of Wireless Infrared Motion Cameras. Today we are going to take a closer look at their Airlink Skyipcam777w, a wireless IP camera with full motion capabilities.

The Skyipcam’s packaging has a large picture of the device on the front along with a few key features listed below it. Around back there is a little more in depth feature listing that is translated in 6 different languages. There is also a picture of the back of the camera, showing off all of its connection options. Inside, the camera is secured in formed cardboard with the instructions and installation disc sitting right on top. 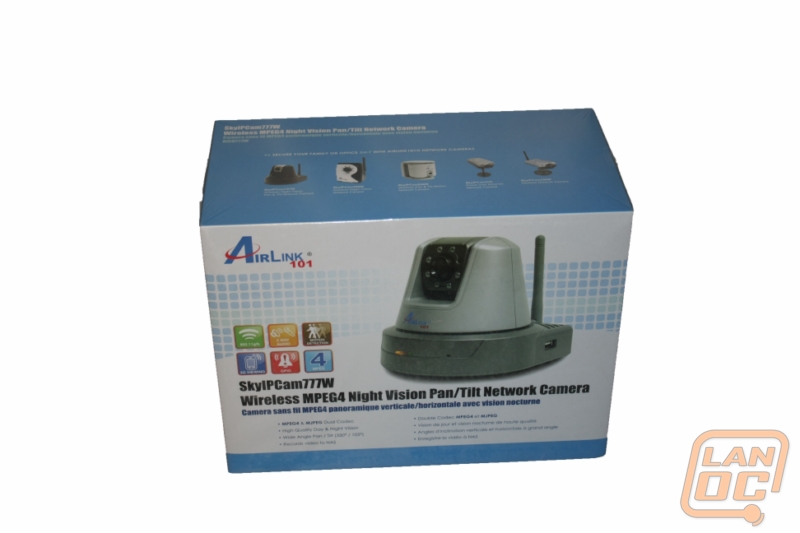 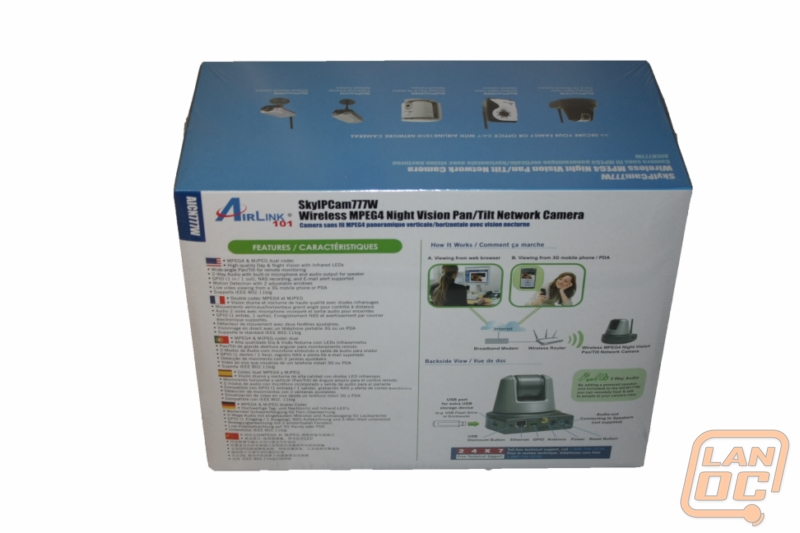 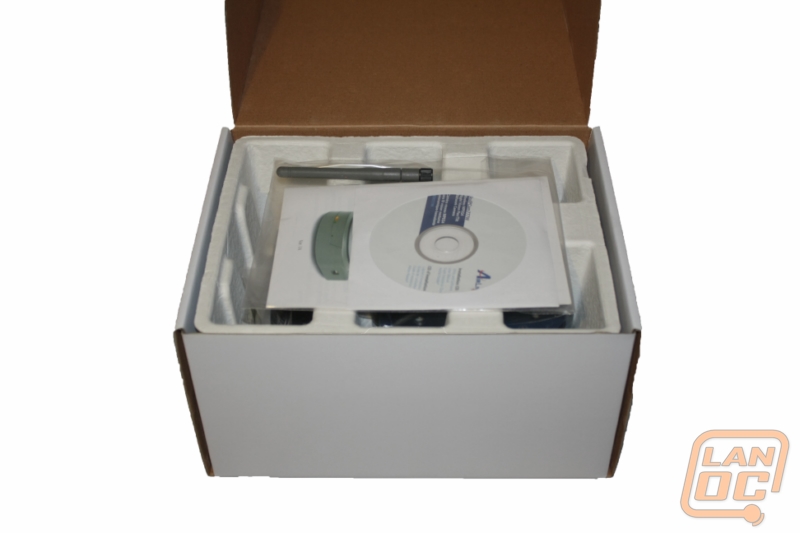 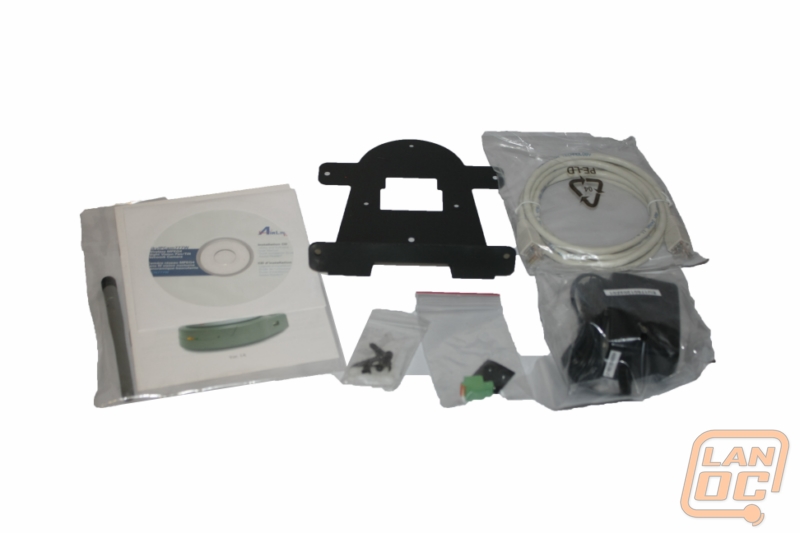 In order to setup the wireless aspect you have to plug the Skyipcam in using Ethernet first. Plugging the power cable in and hooking up Ethernet is all you have to get it up and running. To setup the wireless you have to access the built in control panel through your browser and enter your wireless SSID and password. Next, it's recommended that you install the included software, although you can do most of the same things using the built in control panel.

After setting everything up you are free to use the included mount and position the camera wherever you would like. I placed mind in a window to get full view of the front of my house, but using the pan and tilt function I can turn it around and view my entryway also. You have the ability to setup the Skyipcam to backup to a NAS, but I was never able to successfully able to do it. I was able to use the included USB port to hookup a flash drive to backup, too. 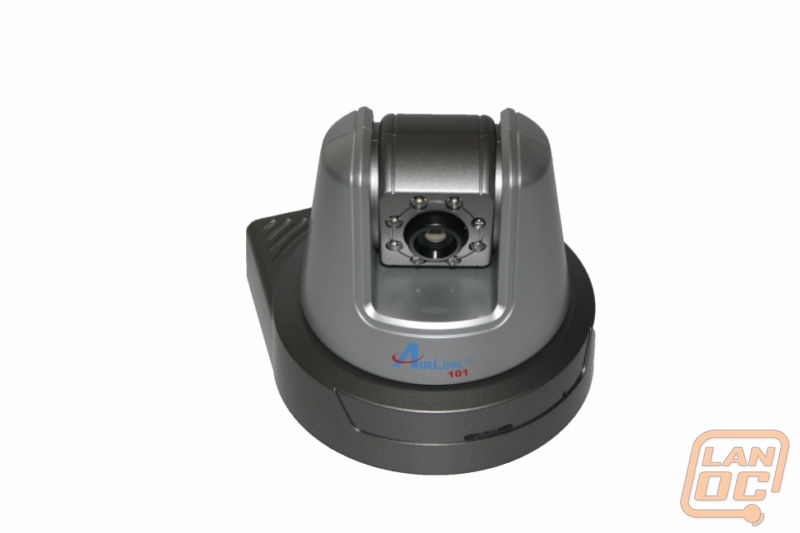 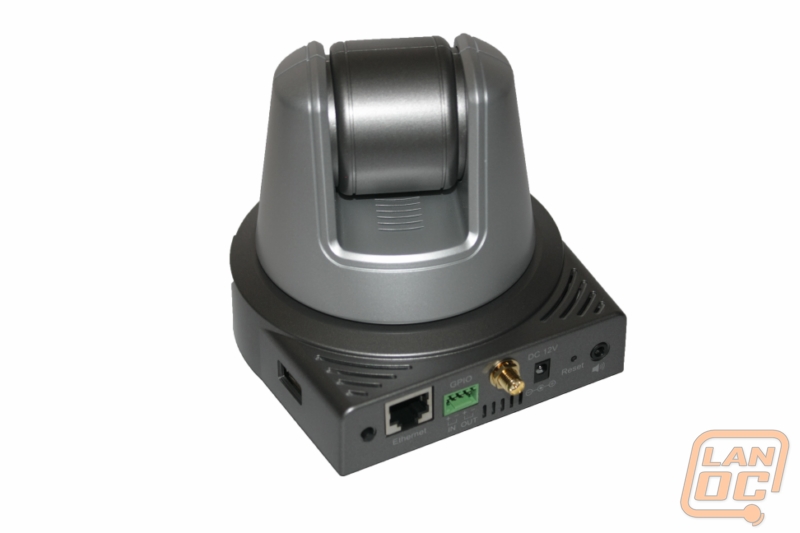 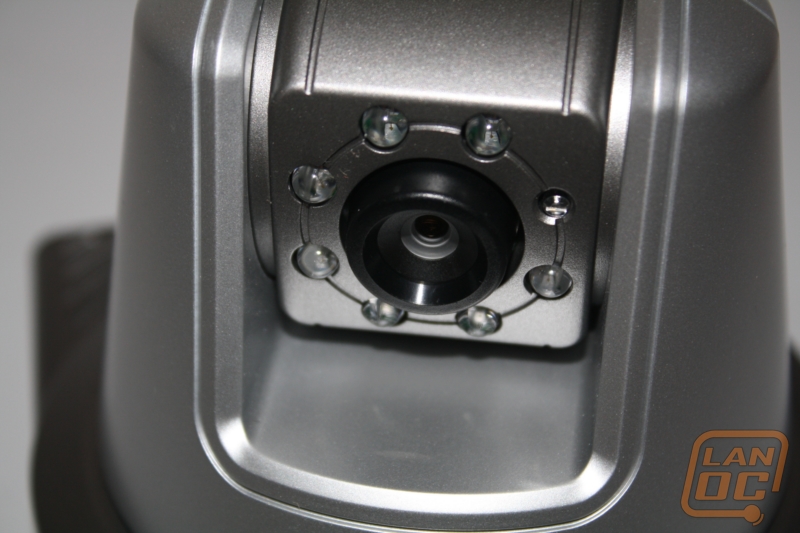 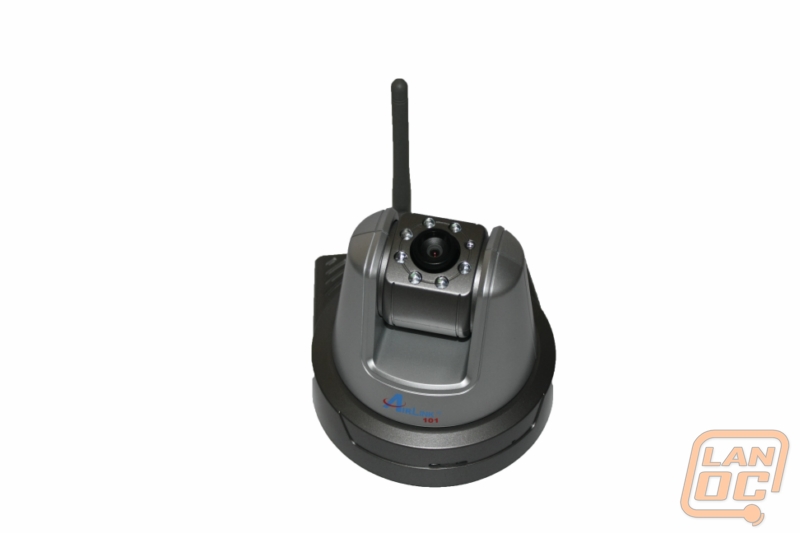 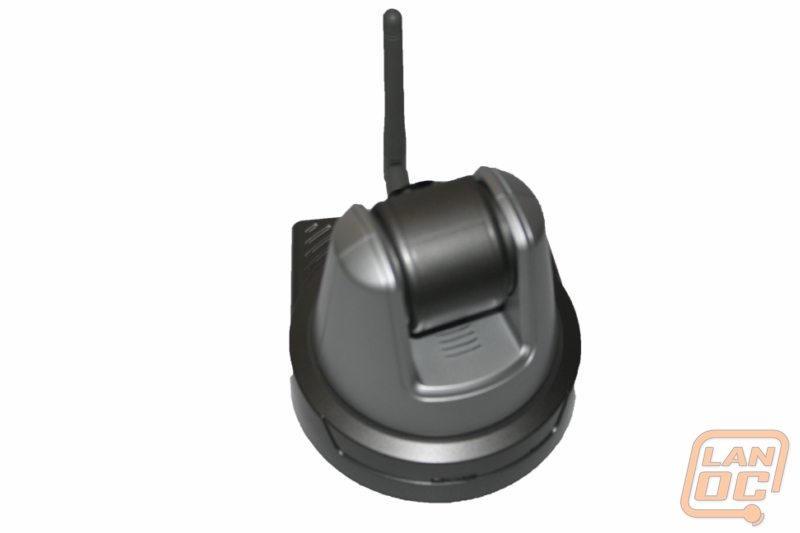 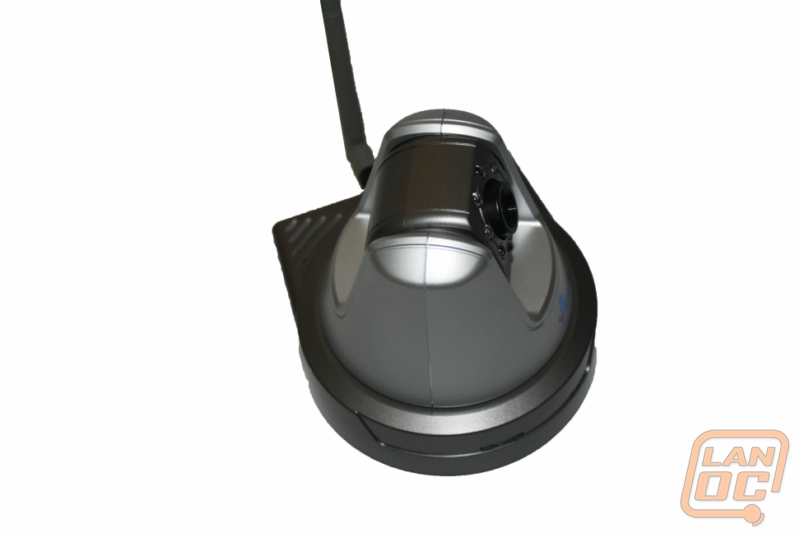 Having the ability to see what’s going on outside of your house from your desk is great, but I found it even more impressive when combined with a program called Traffic Cam Viewer for Android phones. I was able to link to the Skyipcam and watch a live feed; and if that’s not enough, I could control the pan and tilt function remotely also. I will never have to wonder if a package has arrived. On top of that I was able to set the camera to record each time someone comes to my door or into my front yard. The picture quality isn’t HD, but it is more than enough to see everything. The Skyipcam also has infrared built in for night shooting; to take advantage of this I had to move it out of my window location, since the infrared would just reflect off of the glass. When in a good location the black and white infrared is perfect for picking up someone or something sneaking around in the dark. Of course don’t take my word for the picture quality, here are both day and night shots taken from the camera. 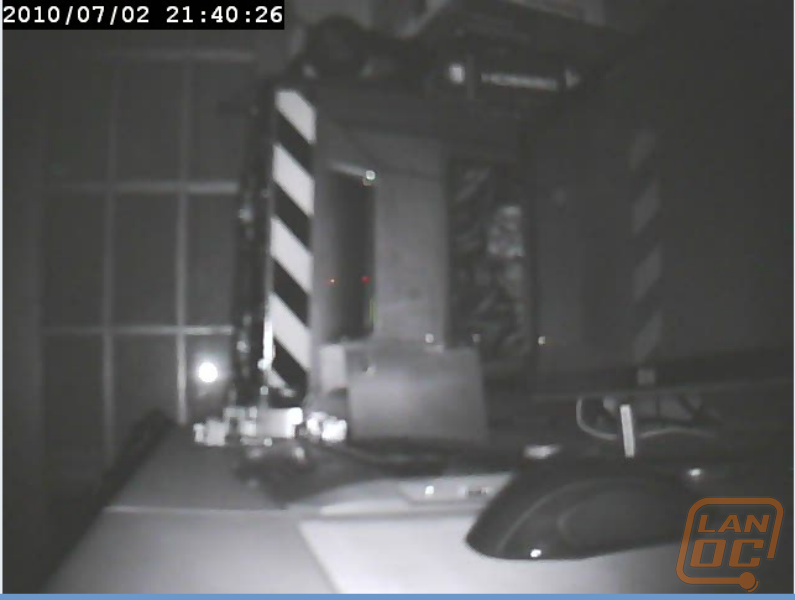 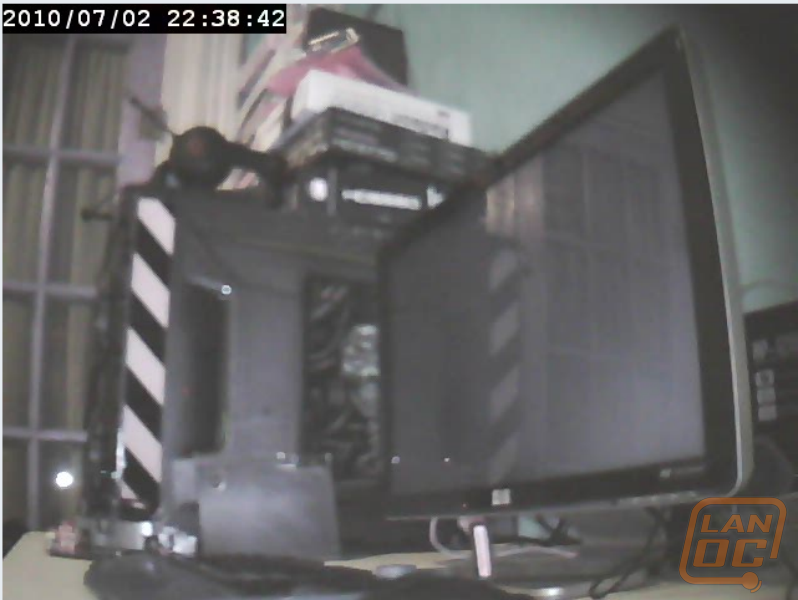 There is a built in microphone along with a speaker output. The microphone quality is poor at best. Having the ability to talk to someone at your door is worth it alone, the microphone does a good enough job to carry on a conversation if needed. 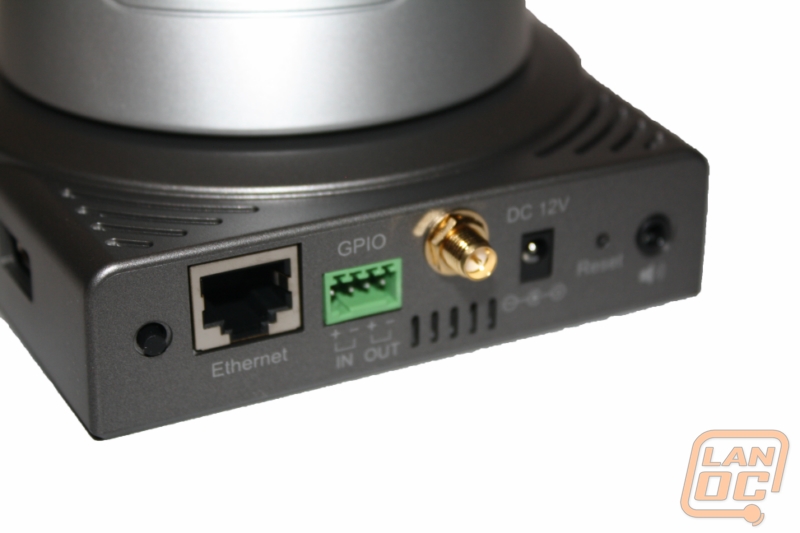 So it may not stop someone from breaking in, but you will atleast have a good view of who it was. Considering how few thefts actually result in an arrest I will take anything I can get. It also gives you a little peace of mind, you can use your PC or smart phone to check up on things at any point in time. You also have the ability to have it email you video each time the motion sensor is set off. You will know when your package has arrived or if your daughter’s boyfriend came over after you left. The most impressive part of all is the low price that Geeks.com is selling it for, 149.99 is a steal. The issues the Skyipcam 77w does have could be fixed by buying any of the professional quality (read: MUCH more expensive) camera’s. 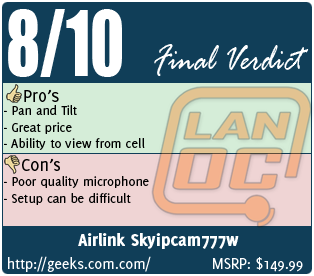 You might call him obsessed or just a hardcore geek. Wes's obsession with gaming hardware and gadgets isn't anything new, he could be found taking things apart even as a child. When not poking around in PC's he can be found playing League of Legends, Awesomenauts, or Civilization 5 or watching a wide variety of TV shows and Movies. A car guy at heart, the same things that draw him into tweaking cars apply when building good looking fast computers. If you are interested in writing for Wes here at LanOC you can reach out to him directly using our contact form.
Discuss this article
Log in to comment
Posts in discussion: Airlink Skyipcam777w