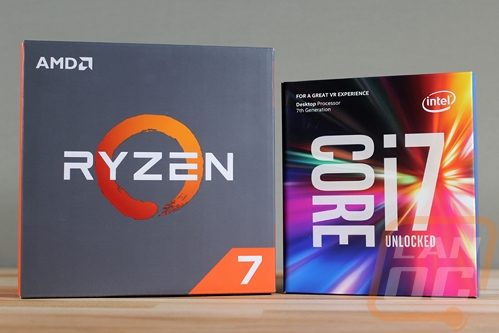 So one of the requests I had when asking people what I should take a look at when comparing the i7-7700K and the R7 1700 was streaming performance. This is an aspect that I don’t think most people have ever considered. Well at least until AMD used it as a specific way to compare Ryzen to Intel in their demos. So I was really interested in seeing how this one worked out. I wasn’t really sure how to go about it so I picked out a few different benchmarks. I went with 3DMark Fire strike as a synthetic then for in game I went with two games that I play, League of Legends and Ghost Recon Wildlands. League was important because it is one of the most popular streamed games on Twitch every day and I went with Wildlands because it is an example of a new highly demanding game.

For streaming, I went with OBS as it is popular and it is what I’ve used in the past. I then dove into settings. I was running on a 4k monitor so I needed to scale things down and 720p is a popular resolution for streams and I set the FPS to a smooth 60 FPS. So we have to downscale from 4k all the way down to 720p. For the bitrate I ran 3200 as it is what my home internet is known to take without issues, I would have preferred to go a little higher, though. I kept CPU usage at the stock “veryfast” preset where AMD changed this for their demo and I use the high profile and film tune. 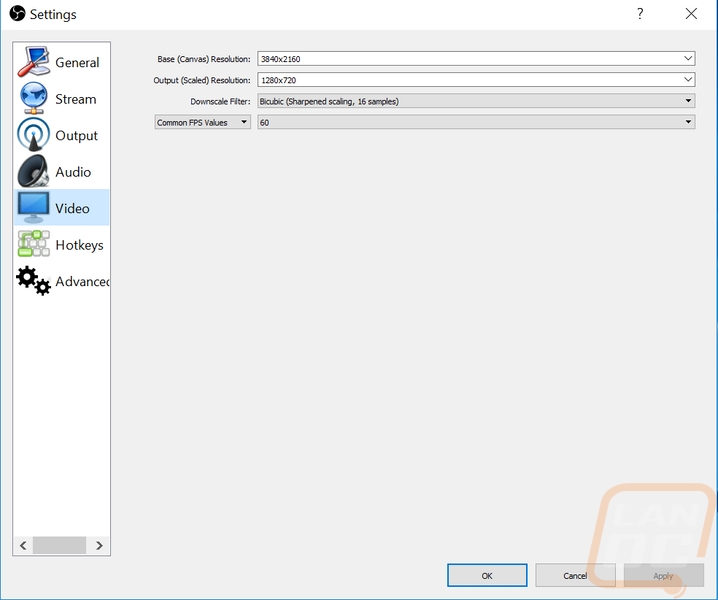 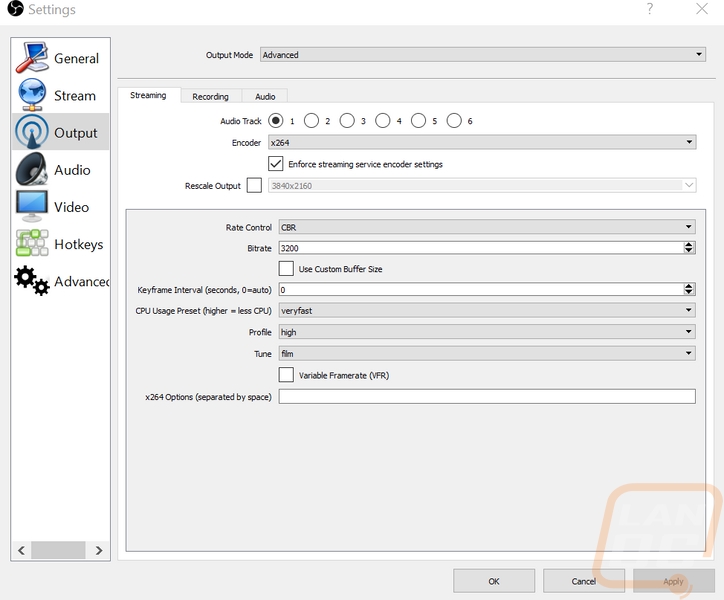 Even before gaming, I did notice that the CPU usage of OBS down on the bottom edge with the other stats showed 6% CPU usage on the 7700K and 3.5-4% on the R7 1700. The extra core count on the Ryzen CPU means the same amount of usage uses a smaller percentage of usage. I noted this though for reference to see just how much demand streaming is using.

I then started with my two in game benchmarks and when we look at the numbers next to each other it's really clear that the performance gap that the 7700K gets even before streaming still help it stay ahead of the 8 core R7 1700. League was still playable on a 144hz monitor even at 4k on the R7 1700 but the performance gap for the 7700K was still large. The gap between the Wildlands results was a lot less, especially at 4k. That said if we want to stream at 60 FPS 1080p was really the only good option here.

I then ran through all three Fire Strike benchmarks while streaming as well. The overall scores were once again relatively close together with the Combined Scores being the main deciding factor. At 4k on the Ultra setting the R7 1700 did pull ahead, though, just like it did when not streaming.

The above results were interesting, but they only showed the performance gap between the 7700K and the R7 1700, they didn’t show us what kind of performance drop you can expect in your games when streaming. So I went through and put together the percentage change results for all of the results using the original 3DMark results from earlier as the reference. Now here I was extremely surprised to see that the numbers looked completely different. While the 7700K still gave better performance, the extra cores of the R7 1700 made for a significantly lower drop in performance when streaming. In the Combined Score at 1080 it even improved, that one still baffles me but it was repeated.

We have 923 guests and one member online