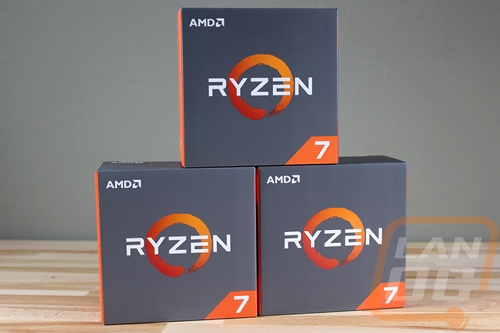 If I’m being completely honest, in the past this would be one of those sections where you would go in expecting to see high numbers. I mean with the FX-9590 AMD actually sold the CPU exclusively with a water cooling kit because that’s what it took to keep that monster cool and forget the power usage. But with the introduction of Ryzen, even the high-end processors that I’m looking at today both have 95-watt TDPs. That is amazing, especially when you consider they are positioned to compete against the 2011 socket CPUs from Intel like the i7-6900K and i7-6800K. Both have a TDP of 140 watts, so going into my testing I was really expecting to see Ryzen perform better in this area.

I started off with power usage testing. In this test, I ran the CPUs with all 16 threads maxed using wPrime and then documented the total power draw of our test system. So this does include the idle power draw from the dedicated GPU, SSD, and motherboard. The 1800X came in at 159 watts and the 1700X came in just below at 154 watts. That put them up in the mid to high range on the charts, but more importantly, this was well below the 204 watts that the i7-6900K pulled. Now the lower TDP of the mainstream i7-7700 was better, but not as far off as you would expect. In fact, I’m really interested in seeing how the 65-watt TDP R7 1700 performs against it when I get that testing finished up.

Idle power draw is just as important, in fact, this is closer to what most PCs draw most of the time they are on. Here the 1800X and 1700X both were even more impressive. They pulled 57.5 and 57.1 respectfully and this was only two watts above the 7700K and WELL below the 89.9 watts of the i7-6900K. I may have used the 6900K to lower our power usage in our Crush project build, but that was only because I was coming from the dual CPU power hungry Fridge build, anything could improve on that, clearly there is still room to drop our power usage while staying in a similar performance range. 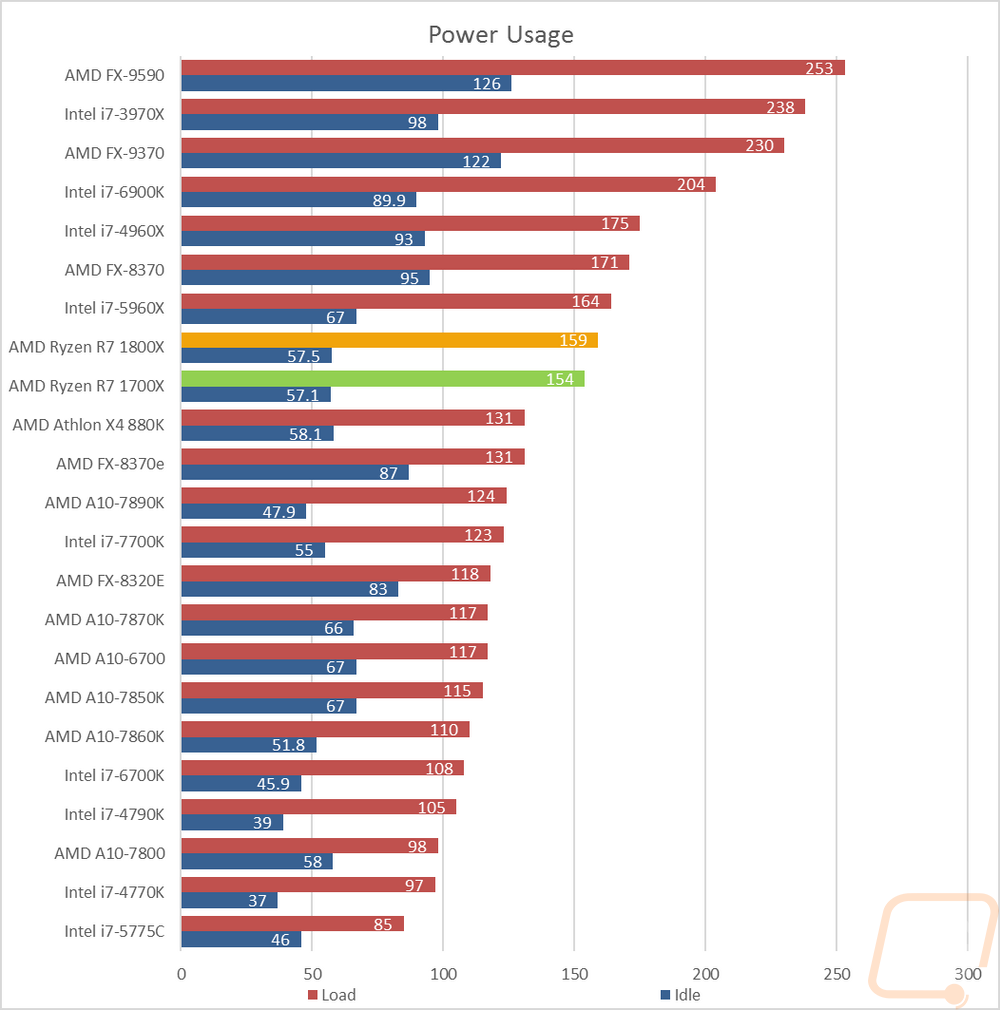 For temperatures, I jumped up to prime95 to really put the CPUs under load. This is what I would consider to be a worst case situation as prime95 runs hotter than most other programs. That said, the old FX CPUs are still towering above the other CPUs, but the 140-watt TDP of the i7-6900K helped push it way up there as well. The two Ryzen CPUs though came in at the same temperatures and even came in matching the i7-7700K as well, with them all heating up to 57 degrees after looping prime95 over and over. This result really impressed me as Intel has been pushing for lower temps and lower power usage but AMD came out and matched that with twice the cores. 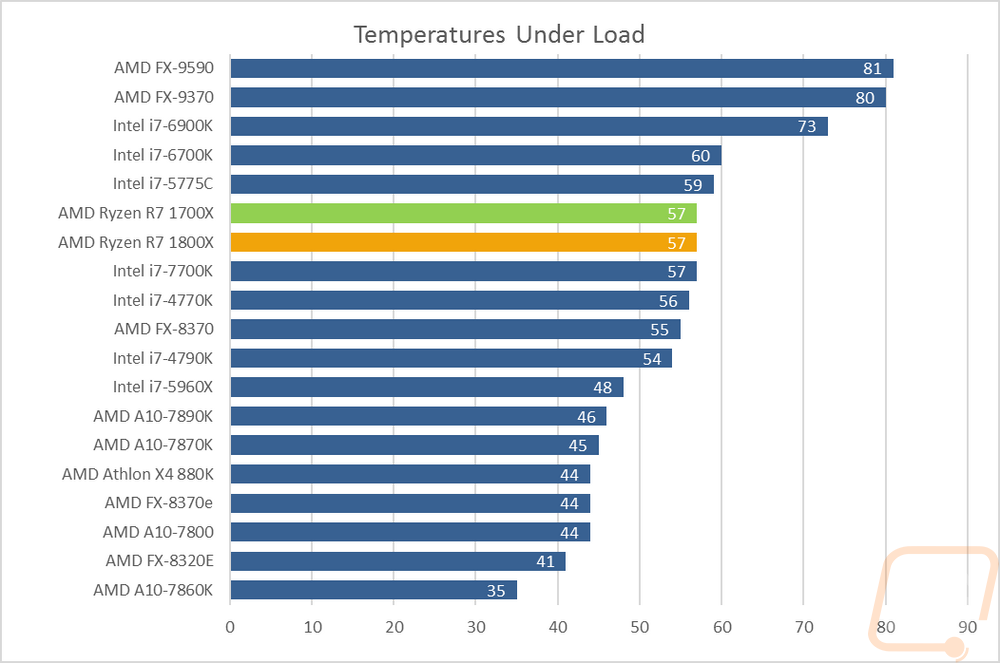 We have 759 guests and one member online