If it feels like we were just right here not to long ago talking about Intel’s latest CPU it is because we were. They launched their Devils Canyon CPUs about two and a half months ago and here we are again. The thing is, today’s launch is designed to be sold alongside of the I7-4790K. This is because officially the 4790K and everything else on the 1150 socket are considered mainstream products. The i7-5960X Haswell-E CPU I will be looking at is an enthusiast product. That means there aren’t limitations like the limited number of PCIe Lanes that the mainstream line runs into all of the time. On top of that we have twice as many cores, twice the ram, DDR4, and a big price tag like all of the other flagship CPUs. The 5960X will certainly not be for the light hearted or budget builds, but I’m excited to see how it performs compared to the model before it and the extremely fast mainstream chips that sell beside it. While I’m at it I’m going to see what king of room you might have left when it comes time to overclock as well.

It’s actually been four years now from the launch of the first 6 core consumer grade CPU from Intel. While they have been selling 8 and more core CPUs in their Xeon line, this is the first time they are selling an i7 with 8 cores. For the record with hyperthreading that is going to pack the performance tab in task manager with 16 CPU threads.

The new CPU does have a new Integrated Heat Spreader or IHS for short. It seems thicker as a whole. Intel also switched from using thermal paste on top of the die in to transfer heat to the HIS. They went back to soldering. This will make removing the IHS more difficult for those who are looking to try to get even better cooling. On the plus side of things it should also make the overall cooling performance better because it will transfer the heat out to your heatsink or water cooling more efficiently. 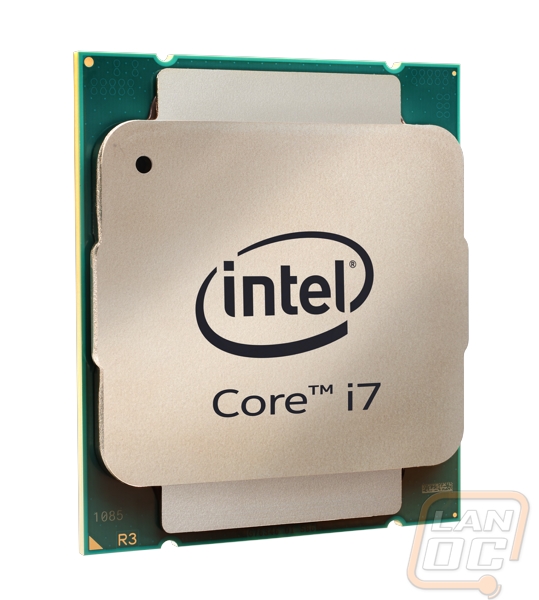 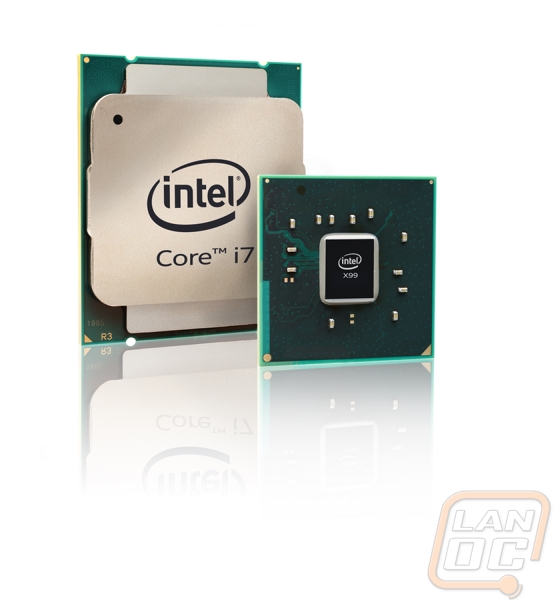 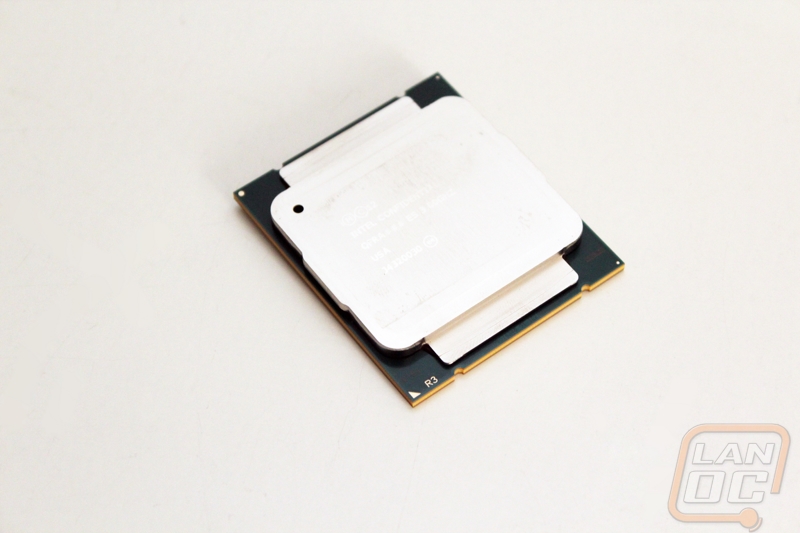 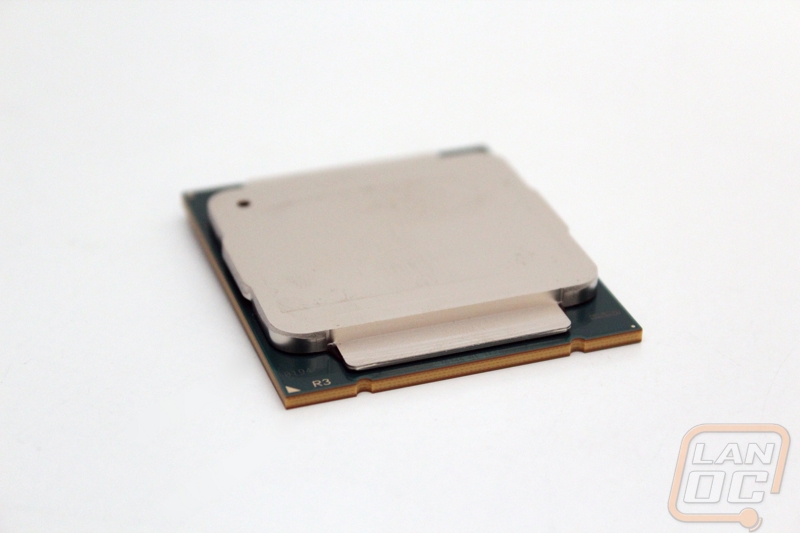 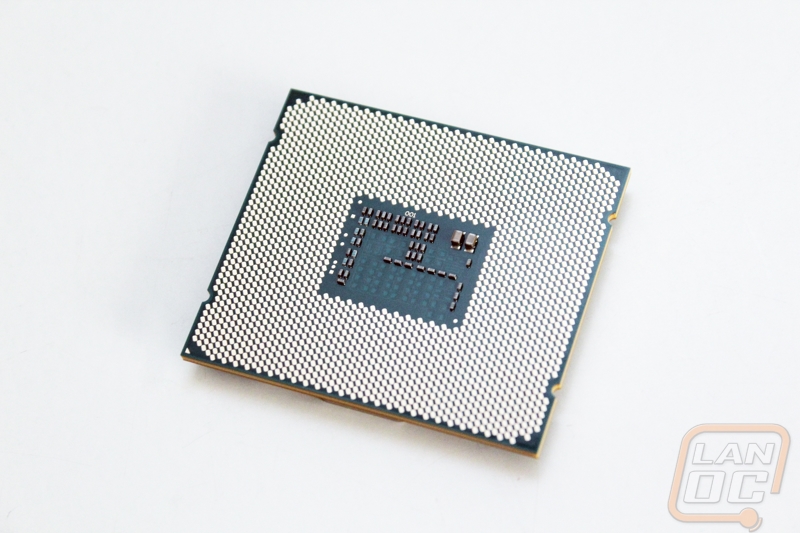 Inside we can see that the eight cores are split in half with the shared L3 Cache in between. Speaking of the L3 cache they bumped things up to help support the additional cores from 15MB to 20MB. All of the I/O, Uncore, and Queue is handled up in the top section and the bottom handles the quad channel memory. 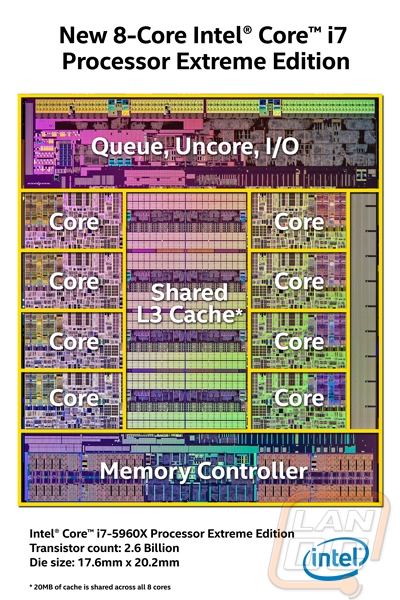 Here is a breakdown of the main specifications of all three of the CPUs Intel is launching today along with the two main Devils Canyon CPUs. While I will be testing the 5960X, with its 8 cores and additional cache the 5820K caught my eye as well due to its price. It costs more than the top of the line mainstream CPU but you jump up to 6 cores, quad channel memory, DDR4, and get 12 more PCIe lanes. Interestingly enough the 5930K and 5960X get even more PCIe Lanes to play with. There shouldn’t be issues with having to cut PCIe x16 slots down to x8 or x4 with all of this bandwidth.

With the new CPUs we also get a new chipset, X99. While it shares a lot of similar features to X79 there are a few big changes as well. The biggest change is the move to DDR4. We still get the additional bandwidth of quad channel but this time with additional room for up to 2133MHz on the ram. For comparison, Ivy Bridge-E did 1866MHz. They added much needed USB 3.0 ports to take it up to 6 USB 3.0 ports and 8 USB 2.0 ports. We also have more SATA 3.0 ports with a total of 10 on X99. They also slipped in full support for Thunderbolt 2 assuming the motherboard manufacture wants to add it. 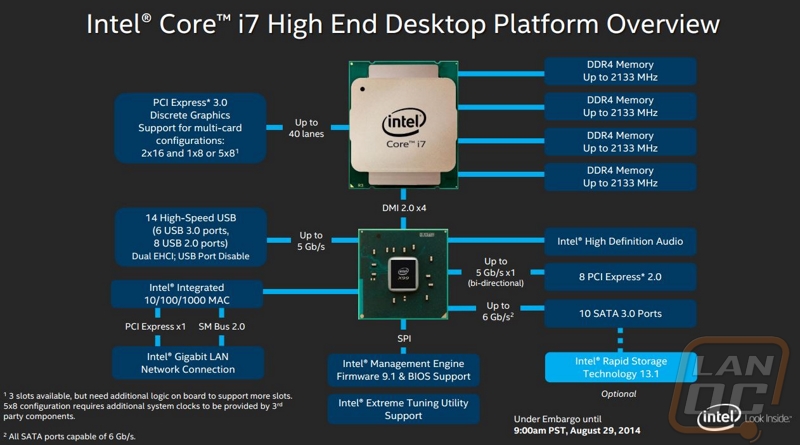 So to recap a little bit, here is a comparison of what X99 and Haswell-E has to offer in comparison to the X79 and Ivy Bridge-E that it is replacing.

The retail packaging for the 5960X doesn’t really change from previous models. Intel has done a good job sticking to the same theme over the past few years to make it easy to spot their CPUs. It does make it a little harder to spot the difference between chipset and socket changes though. 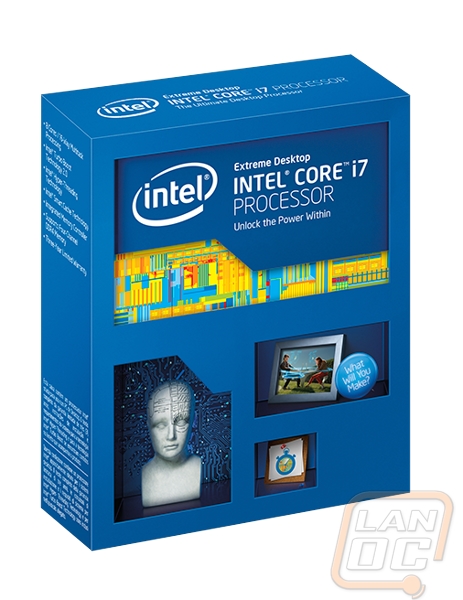 So officially, Intel is calling the new socket that supports Haswell-E Socket 2011 v3. It uses the same sized socket but due to the changes, especially the move to DDR4, they had to make sure Sandy and Ivy E CPUs couldn’t fit so the notches have been moved slightly. When comparing the 5960X to the 4960X in the photos below we can also see that they also added to the overall pin count as well, filling in the gaps that the Sandy Bridge-E CPU had. 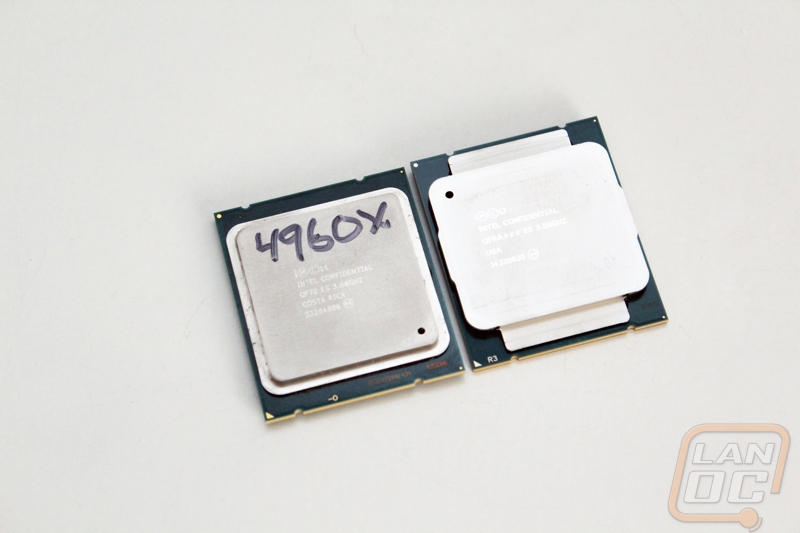 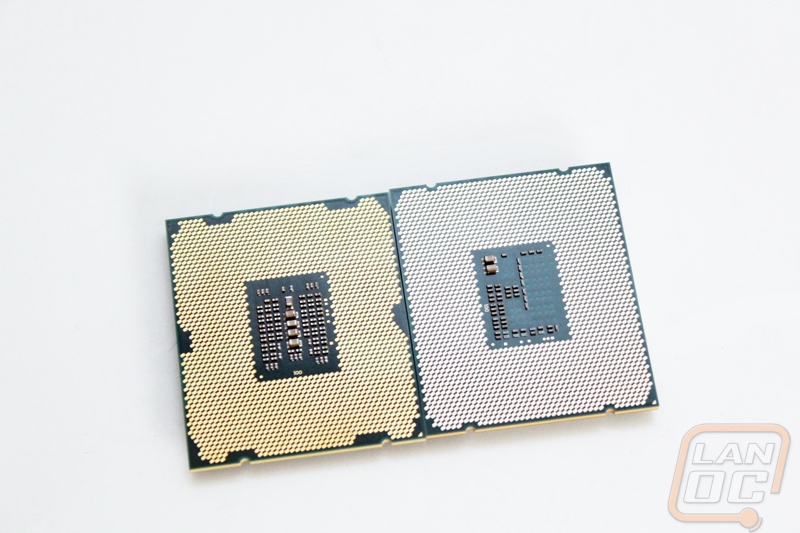 The hold down didn’t change though, so we have the same double spring design that can take a little getting used too. To help I took a few photos of how you open it up. You have to do one spring at a time and there is only one that will let you unlatch it until the other side is undone. Cooling solutions get to once again use the awesome hold-downs built into the socket itself rather than having to use supports behind the CPU like the mainstream lineup. 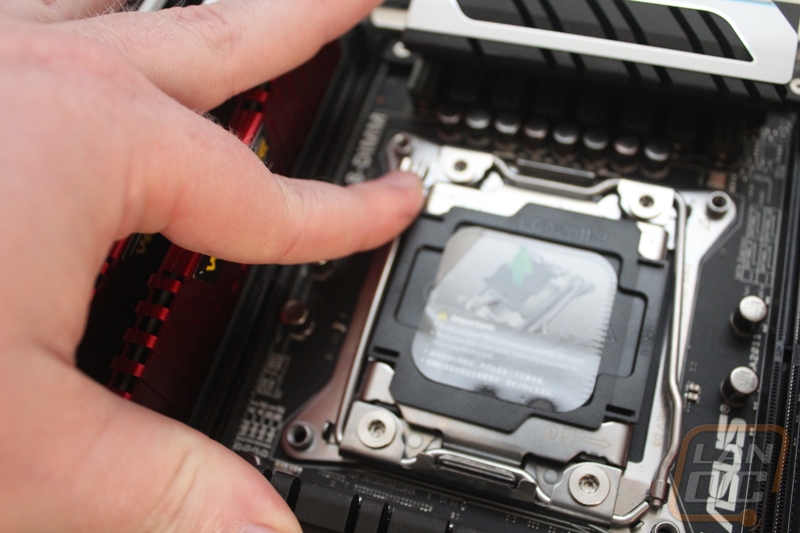 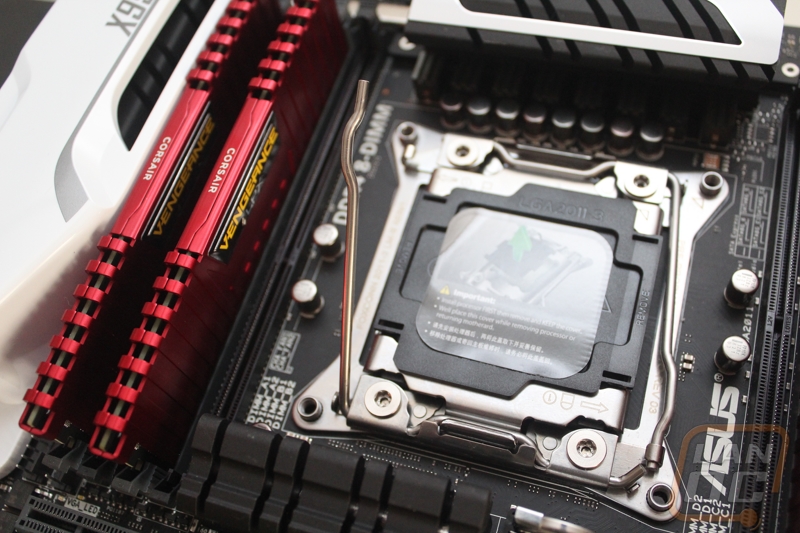 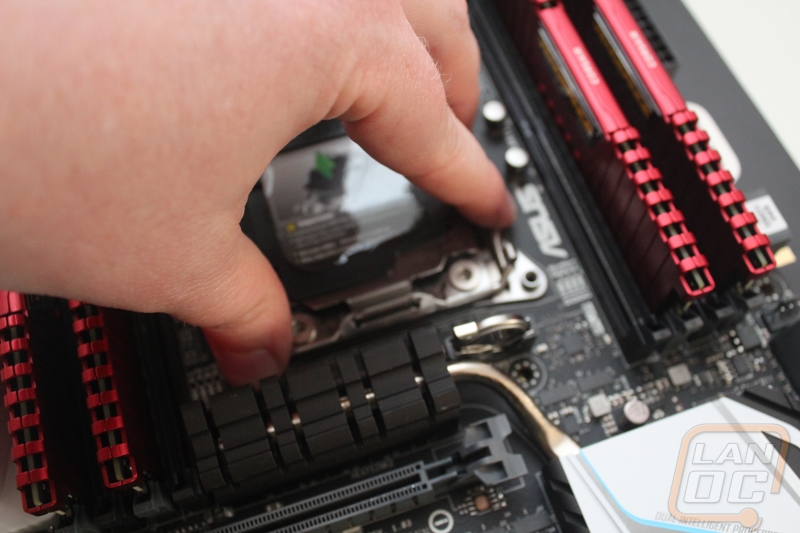 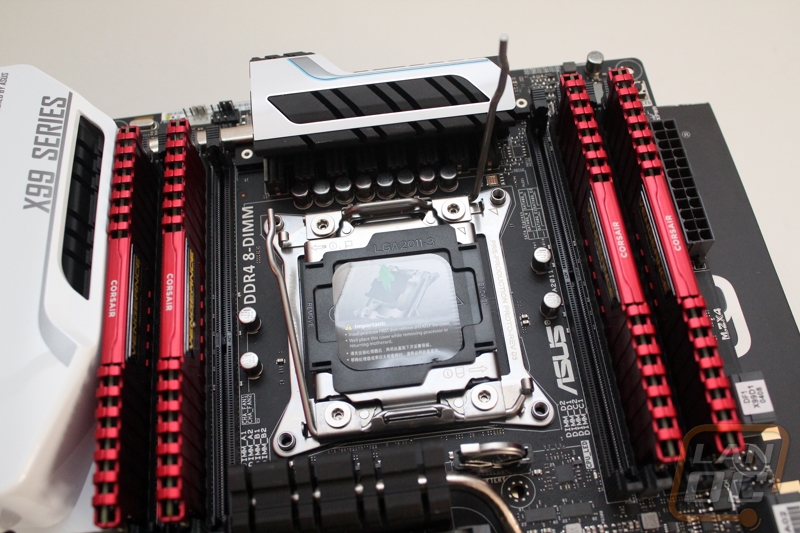 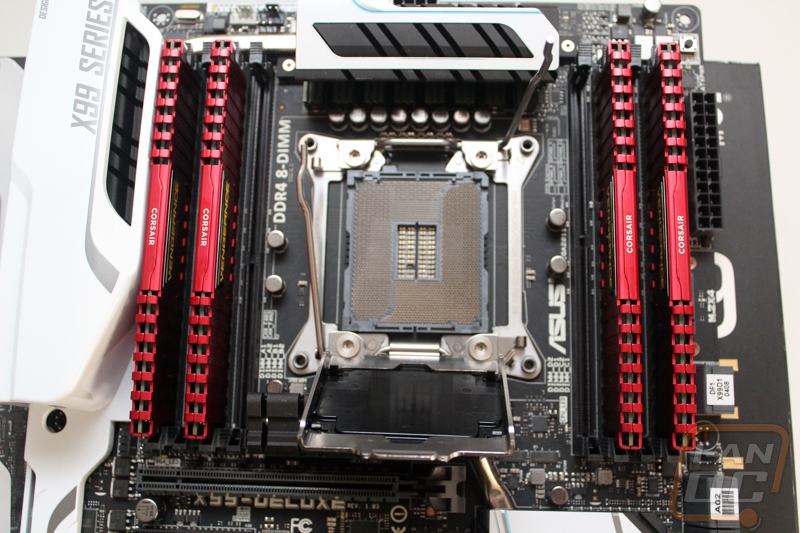 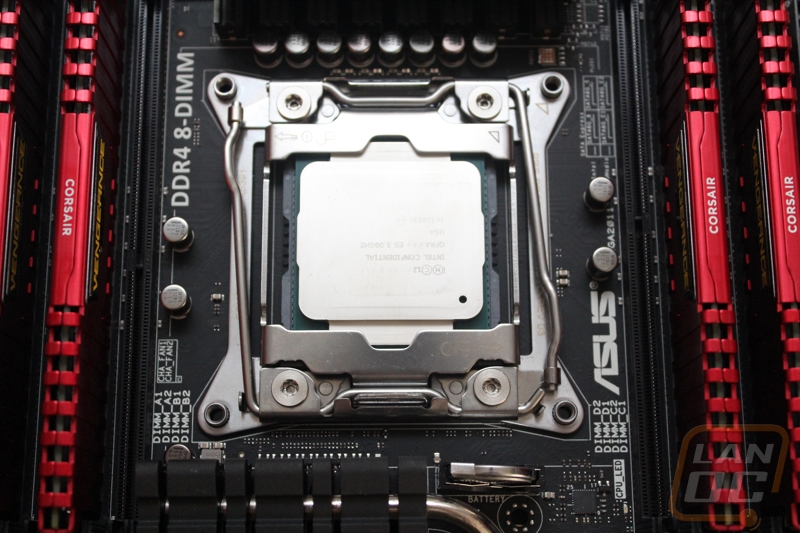 Speaking of cooling, Intel isn’t selling the 5960X with a heatsink so you will have to pick up your own when building your rig. The Intel TS13X is the most recent version of their 120mm water cooling kit, basically every kit on the market should support the 5960X due to the socket not changing. You might want to consider a 120x2 length kit if you have room though. While our original Intel 120mm kit is still up and running on our GPU test bench, due to its age it gets a little warmer than I would prefer. The larger radiator would leave room for things to perform a little worse over time without getting hot at all. 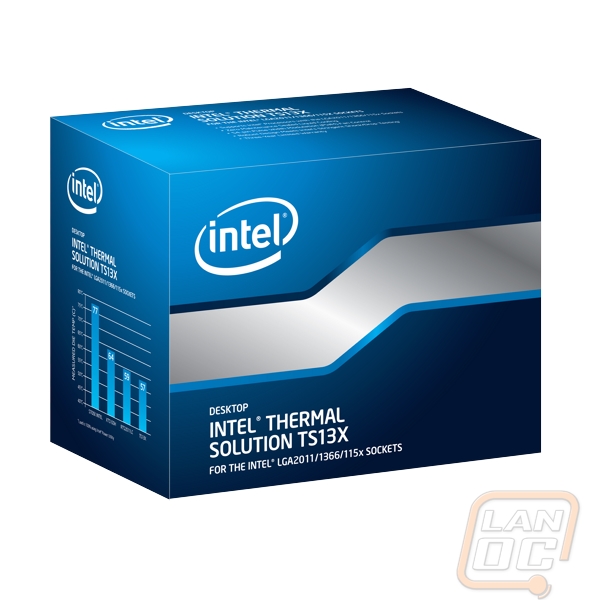 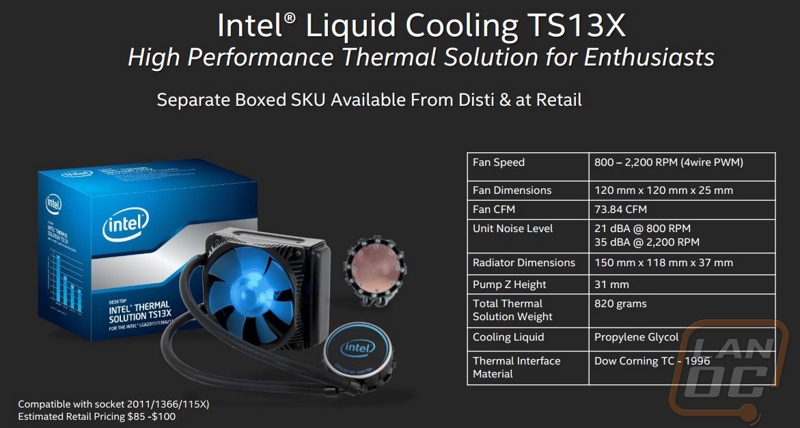 We have 1234 guests and one member online