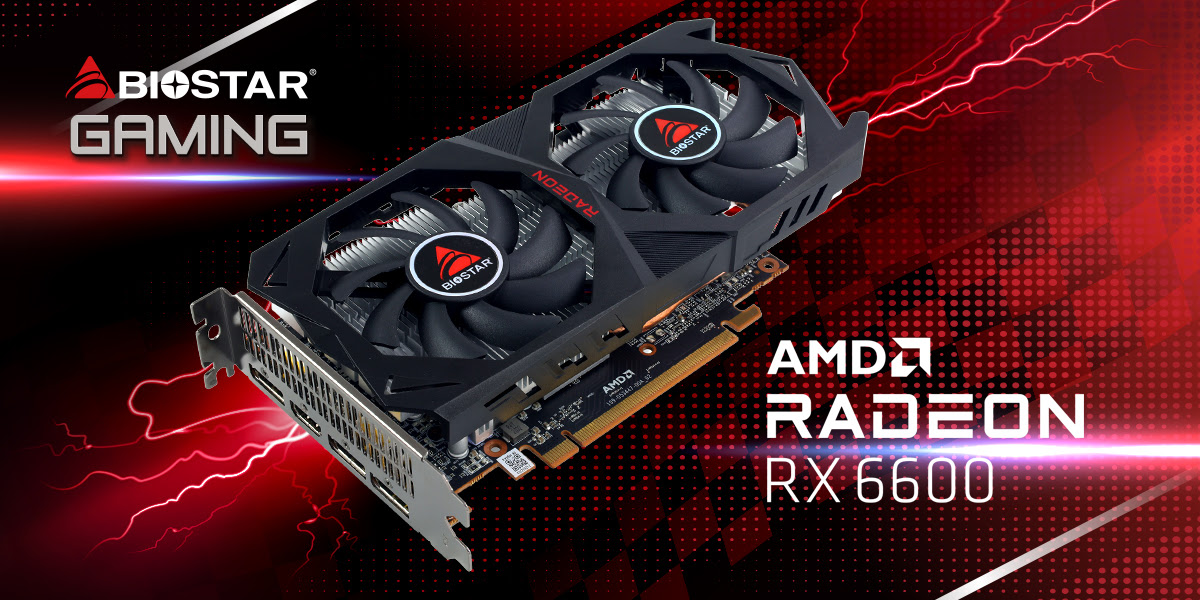 The BIOSTAR AMD Radeon RX 6600 graphics card offers 28 compute units with a Game Clock frequency of 2,044 MHz and a Boost Clock frequency of up to 2,491 MHz, enabling incredible 1080p gaming experiences without breaking a sweat. In addition, support for DisplayPort™ 1.4 with DSC and HDMI™ 2.1 VRR enables crisp, vivid video output.

The new BIOSTAR AMD Radeon RX 6600 graphics card is ideal for 1080p gaming, providing an ideal blend of performance and image quality for exceptional gaming experiences, and a wealth of features and the power to easily outperform its rivals.

We have 1241 guests and no members online