World of Tanks Braces for Team Battles with Update 8.9

October 3, 2013 — Wargaming, the leading free-to-play MMO developer and publisher, today announced that its highly acclaimed action game, World of Tanks, will soon be adding a new battle format and the second line of hard-hitting tank destroyers from Germany.

“Update 8.9 will introduce the Team Battle mode, significantly adding to the competitive component of the game,” said Mike Zhivets, producer on World of Tanks. “The new combat scenario will allow tankmen to form teams and master their tactical skills, fighting against players with similar level of expertise.”

8.9 will also introduce the second line of German Tank Destroyers, ranging from Tier 4 to Tier 10. The addition will include such glorious armored vehicles as the popular Marder III, built to combat Soviet T-34 tanks, the Tier 6 Nashorn, capable of destroying heavily armored tanks, and the Waffenträger auf Pz.IV, equipped with a 360-degree rotation turret. The formidable Waffenträger auf E 100 will take its place as the nation’s new top tier Tank Destroyer.

The update will also add a new battle arena “Northwest” with North American setting, and the Encounter battle mode for the Erlenberg. 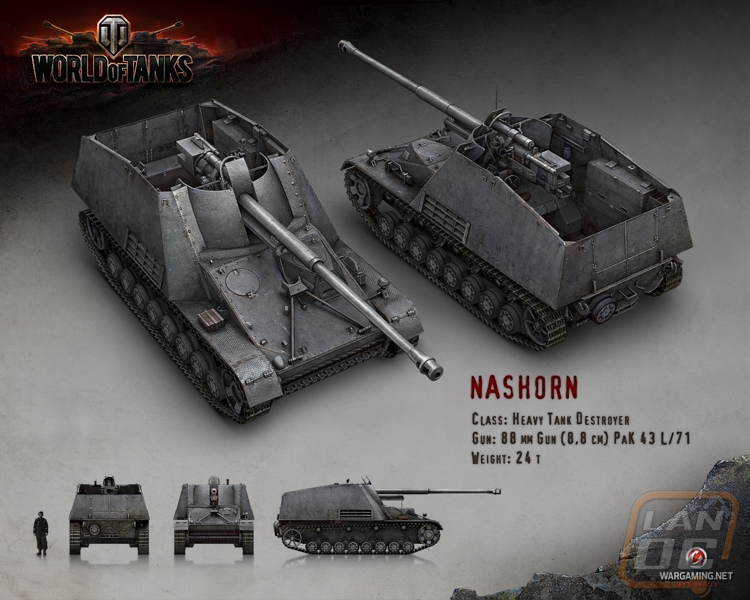 About World of Tanks

World of Tanks is the first and only team-based, massively multiplayer online action game dedicated to armored warfare. Throw yourself into the epic tank battles of World War II with other steel cowboys all over the world. Your arsenal includes over 300 armored vehicles from United States, Germany, the Soviet Union, France, Great Britain, and China, carefully detailed with historical accuracy.

A flexible system of authentic vehicle upgrades and development allows you to try any of the vehicles and weapons in the game. Whether you prefer to exhaust your foes with fast and maneuverable light tanks, make deep breaches in enemy lines with all-purpose medium tanks, use the force of giant tanks to eliminate opposing armored forces, or become a heavy sniper with long-range howitzers, each unit type has its own advantages and can be extremely effective when operated by a true tank ace.

But being a great tank commander alone isn't enough to win. In World of Tanks, it's all about teamwork. Victory is achieved by combining your combat skills with those of the other members of your team, each playing their own role on the battlefield. Just add your favorite strategy to build your own steel empire and manifest the indisputable authority of the tank power!

Wargaming is an award-winning online game developer and publisher and one of the leaders in the free-to-play MMO market. Founded as a privately held company in 1998, Wargaming has shipped more than 15 titles and employs over 2200 people across such key regions as North America, Europe, Russia, Asia, and Australia.

Currently, Wargaming is focused on its team-based MMO war series dedicated to mid-20th century warfare that will include the company's flagship armored MMO World of Tanks, launched in April 2011 and currently boasting over 70 million players worldwide, the flight combat World of Warplanes, named one of the most anticipated MMOs, and the naval World of Warships, scheduled for release in 2014.

In June 2012, Wargaming announced the Wargaming.net Service, the epicenter of the online battle gaming universe that will gather the series under a single portal—www.wargaming.net.

We have 625 guests and one member online