SEATTLE, WA — August 30, 2013— NVIDIA today announced a new promotion that will give gamers a total of $75 of in-game currencies to a trio of the hottest free-to-play games: Warframe, Neverwinter and Marvel Heroes. The promotion, which is applicable for new purchases of notebook PCs featuring GeForce 700M-series GPUs or desktop GeForce GTX 650 GPUs, starts today and will run throughout the rest of the year.

Voted the best F2P game at PAX East 2013, Warframe is a co-op third-person online action game set in an evolving sci-fi world.  Featuring the incredible NVIDIA PhysX technology, players control ancient warriors in a war with the Grineer (bad guys).  With over three million registered users, gamers can join friends in player-vs-enemy raids across the solar system and master the power of the Warframes.  $25 of in-game currency gives players the opportunity to shop in the marketplace and gain new gear quickly such as a new supercharged Warframe with an inventory slot, a sentinel pet to aid in battle, mod-packs to instantly upgrade gear, void key packs to gain access to rare missions, as well as other boosters or revives. 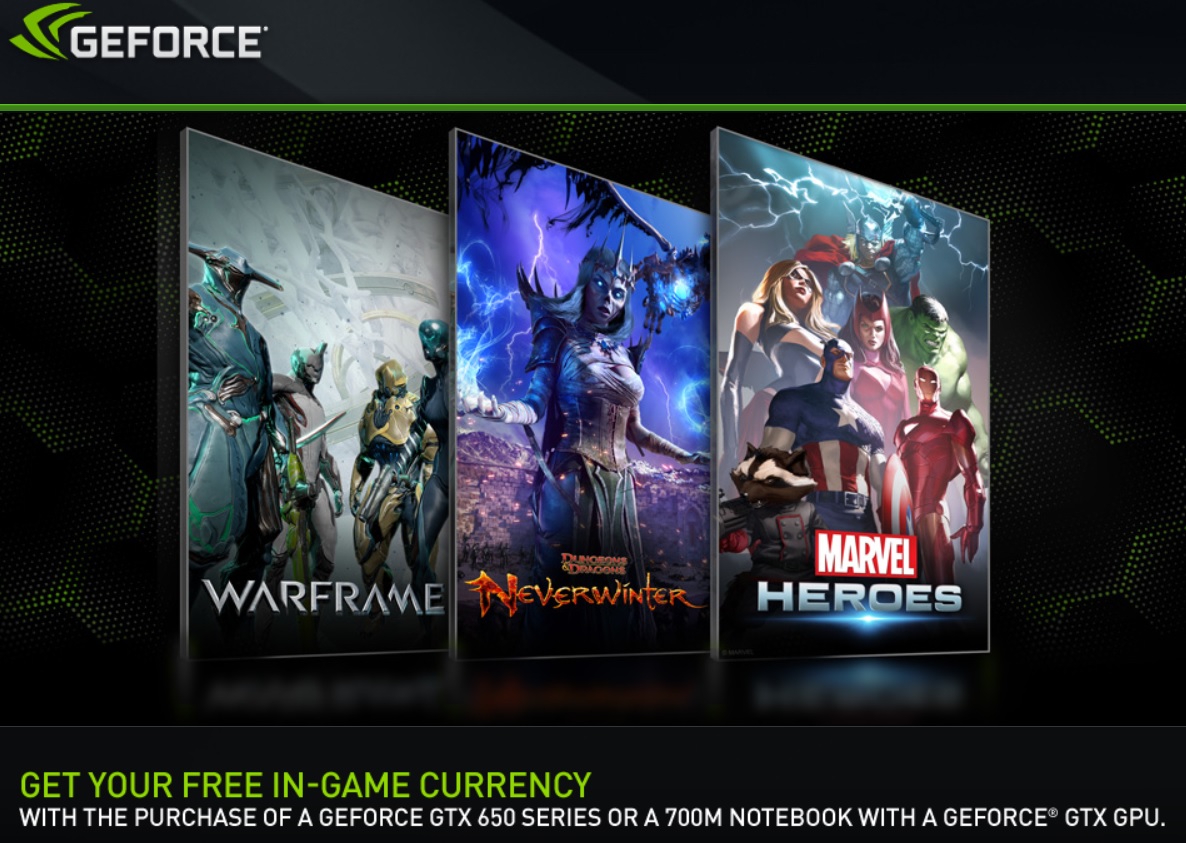 For any fans of the Marvel universe, Marvel Heroes is not to be missed!  This F2P massively multiplayer online action role-playing game features frenetic action combat where players can battle infamous Marvel villains as their favorite Superhero.  Play with the already one and a half million registered users, as Hawkeye, Storm, Daredevil, Thing, or Scarlet Witch.  $25 of in-game currency gives players the option to choose from a variety of heroes including Iron Man, Hulk, Thor, Captain America, Spider-Man, and Wolverine to name a few. Players can also opt to get iconic costumes from throughout Marvel’s storied history, such as Iron Man’s Mk 1 armor from his first appearance in Tales of Suspense #39 to his Avengers movie armor, to further customize their hero.

We have 701 guests and one member online