Welcome to 2012 LanOC. I have been off for the last couple of weeks but it’s been a good break. With CES always landing in January, it’s a busy month. 2012 is going to bring new items and looks to Gaming News. I am going to try and hit on stuff that I feel is important, useful or just plain funny/stupid. I will also be doing more videos cause lets face it, videos are much better to watch then pictures. We have our Midweek Madness Sale’s back, Ubisoft is still being stupid with their PC games, EA has jumped on the stupid bandwagon with SW:TOR, Super Monday Night Combat is now in Beta form, and a couple of other things at the end. Ready to start your 2012 off right? Lets go.
Midweek Madness

This weeks game is From Dust. This is going to be a reacurring theme this week. If you are going to buy a game from Ubisoft, do your homework. They have been doing some really stupid practices with their PC games. Make sure you are getting what you pay for. Until Ubisoft turns their DRM around I cannont recommend buying anything from them.
Ubisoft

I am not sure who in thee hell is running their PC department over there but they need some new people. With all the flak that Ubisoft gets for releasing dumb DRM into their games Anno 2070 has been doing great on Steam. That is, until Ubisoft said “each copy can only be installed 3 times.” And changing a video card counts as one. I should state up front that this HAS been changed, thank God. In my book this is even worse than the whole From Dust on PC debacle that we went through a couple of months back. The more and more restrictive the DRM that dev’s/publishers put in their games, the more they are going to be pirated. People don’t want to jump through hoops to play a game. When all you have to do is load up your favorite bittorrent software, download the game and it works perfectly why would you choose the other route. I am not condoning piracy but when it works better than the paid version, that says something. I am still recommending at this point in time, be careful of what you buy off of Steam. That is, DON'T buy anything that has an Ubisoft brading on it. Wait a couple of weeks and see what develops out of the game. It’s pretty sad that Ubisoft thinks that all of their PC gamers are pirates. I am thoroughly sick of it at this point and will not stand for it. 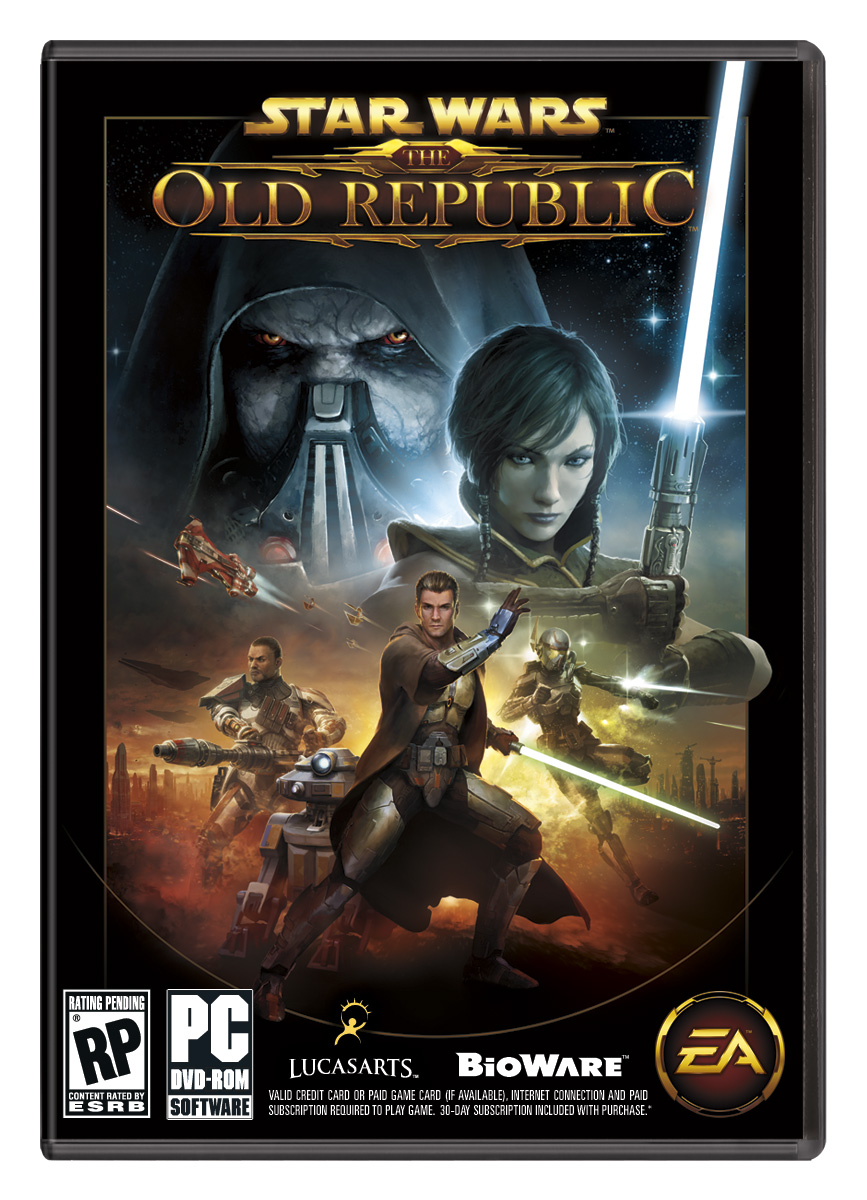 This has to go down as one of the stupidest moves ever by a publisher. So the internet meme “I’m 12 and what is this” was posted to the SW:TOR forums. Later the subscriber to the game received an “Infraction” for saying that he/she was twelve and banned from the game. At this point I am not sure if banned from the game means, banned from just SW:TOR or all of Origin but this has got to be the dumbest course of action that anyone has ever taken. Even it the Admins were watching the forums, a quick google search would bring up the meme and let them know what it is. Sure, it was probably stupid to post that he/she was 12 and what is this, but for them to ban a person for it, is just plain asinine. Good luck to all of the SW:TOR players, just remember to don’t post anything funny or cute on the official forums!
Super Monday Night Combat

With all the praise that was Monday Night Combat, Super is well, Super! I can’t talk that much about it but I do know that many of our members have received invites or have been gifted an invite. Please keep checking the forums for “Game Nights”. At this time we are looking for input on which days work best for everyone. It doesn't even have to be a weekly thing. Monthly would also work. The staff is busy with reviews and such and we know that you are too. More time playing games together between LAN's is always a good thing. And don't be shy to post on the forums that you are looking to play something. The staff and members are always browsing and we will reply.

What I am looking at doing is more videos. The last one that I did was for Monday Night Combat. It is a whole lot easier for you to actually see the game, problem, glitches, framerate, everything better than just telling you about it. Pictures can only go so far. I will be using YouTube as it is the defacto standard for video uploads.

I am also looking at getting more user feedback. I want to know what you guys want to hear about. That is why I write, for you guys/gals. If you think it sucks, let me know. If I could improve in area’s, let me know. I want to improve Gaming News is anyway possible and you the readers are the people that matter.

Have a great rest of the week everyone. I know we will be playing SMNC throughout the week so don’t be afraid to jump on Vent with us. We are also using www.tinychat.com/lanoc if you want to see the staff’s ugly mugs.

Wingless is out!
Author Bio
Author: Wingless92
Discuss this article
Log in to comment
Posts in discussion: LanOC Gaming News 1/25/2012

We have 641 guests and one member online