Legions of long-time fans and a whole new generation of gamers around the world can now experience serious shooting mayhem as Majesco Europe, an innovative provider of video games for the mass market, today announced that Serious Sam: The First Encounter HD is coming to Xbox LIVE® Arcade for the Xbox 360® video game and entertainment system from Microsoft. Developed by Croteam, the creators of the Serious Sam franchise, and produced in partnership with Devolver Digital, Serious Sam: The First Encounter is re-tooled and re-vamped in glorious High Definition with an all-new version of the CroTech engine.

“We are really excited to update our hero and recreate Sam in stunning high definition for Xbox LIVE Arcade players,” said Roman Ribaric, CEO of Croteam. “The fans have lobbied us hard to do this, so we are stoked about bringing Sam back as big, bold and bad as he ever was.”

The game is being produced by Devolver Digital, a brand new production and publishing company based in Austin, Texas, specialising in delivering top quality entertainment to gamers worldwide at affordable prices by any and all means available.

“We are almost inappropriately excited that this fun and robust game is our first humble offering to gamers worldwide,” said an unnamed, masked spokesperson for Devolver Digital. “And bridging the gap between the fine folks at Croteam and Majesco feels good too. It’s a long way from Croatia to New Jersey, but worth the walk.”

“Xbox LIVE Arcade is an important platform in our overall strategic plan,” said Gui Karyo, Executive Vice President of Operations for Majesco. “Serious Sam has a long history of console success and this graphically enhanced version is a great first title to kick off our Xbox Live Arcade initiative.”

Serious Sam HD is not your mother’s generic, large-scale, orchestral scored, Space Marine-themed epic FPS with dialogue that pretends it’s an RPG...instead, Serious Sam HD is a grab you by the jibblies run and gun, twitch FPS: BIG guns, TONS of enemies, 4-Player Online Co-Op and stunningly superfluous HD graphics that rival retail boxed games. You've waited forever but Serious Sam is back from the nether with its award-winning game play that will remind you why you play FPSs in the first place. 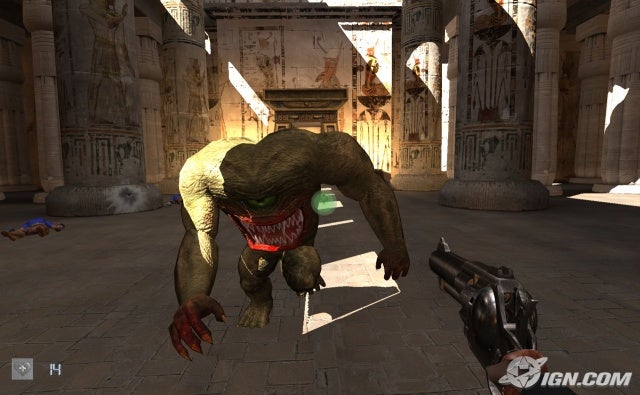 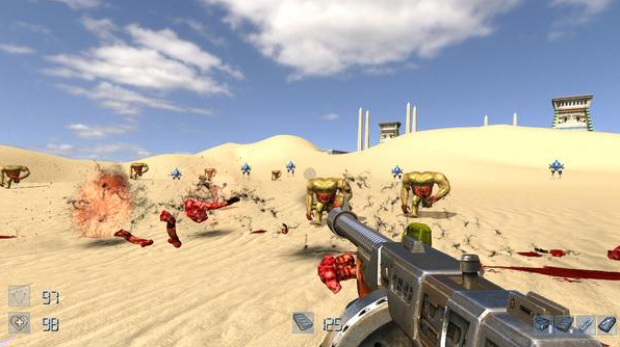