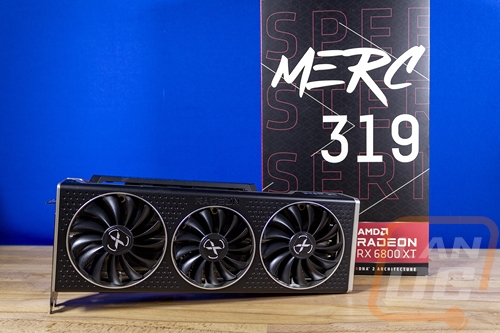 For my last few tests, rather than focusing on in-game performance, I like to check out other aspects of performance. These are also the most important ways to differentiate the performance between cards that have the same GPU. To start things off I took a look at power usage. For this, I use our Kill-A-Watt hooked up to the test bench to record the total wattage of the system. I ran two tests with the first using 3DMark Fire Strike to put the system under a load similar to normal in game performance. Here the MERC 319 RX 6800 XT did surprisingly well with the whole system pulling 373 watts, which was WAY under what I saw with the 5700 XT and the comparable RTX 3080 which were up in the 470/480 watts range. In the second test using AIDA64 as a workload, however, the power draw jumped all the way up to 452 watts which was still better than the RTX 3080. 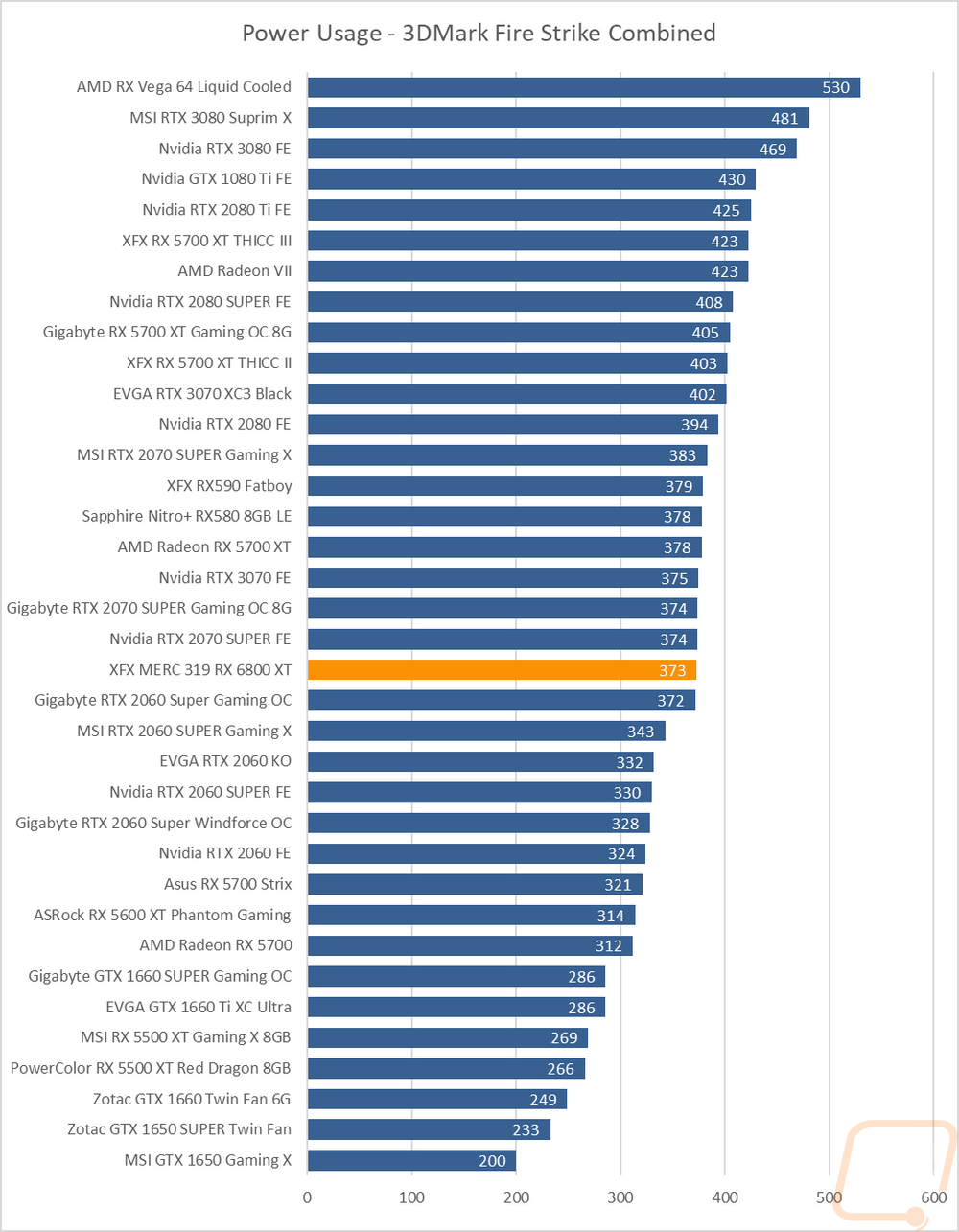 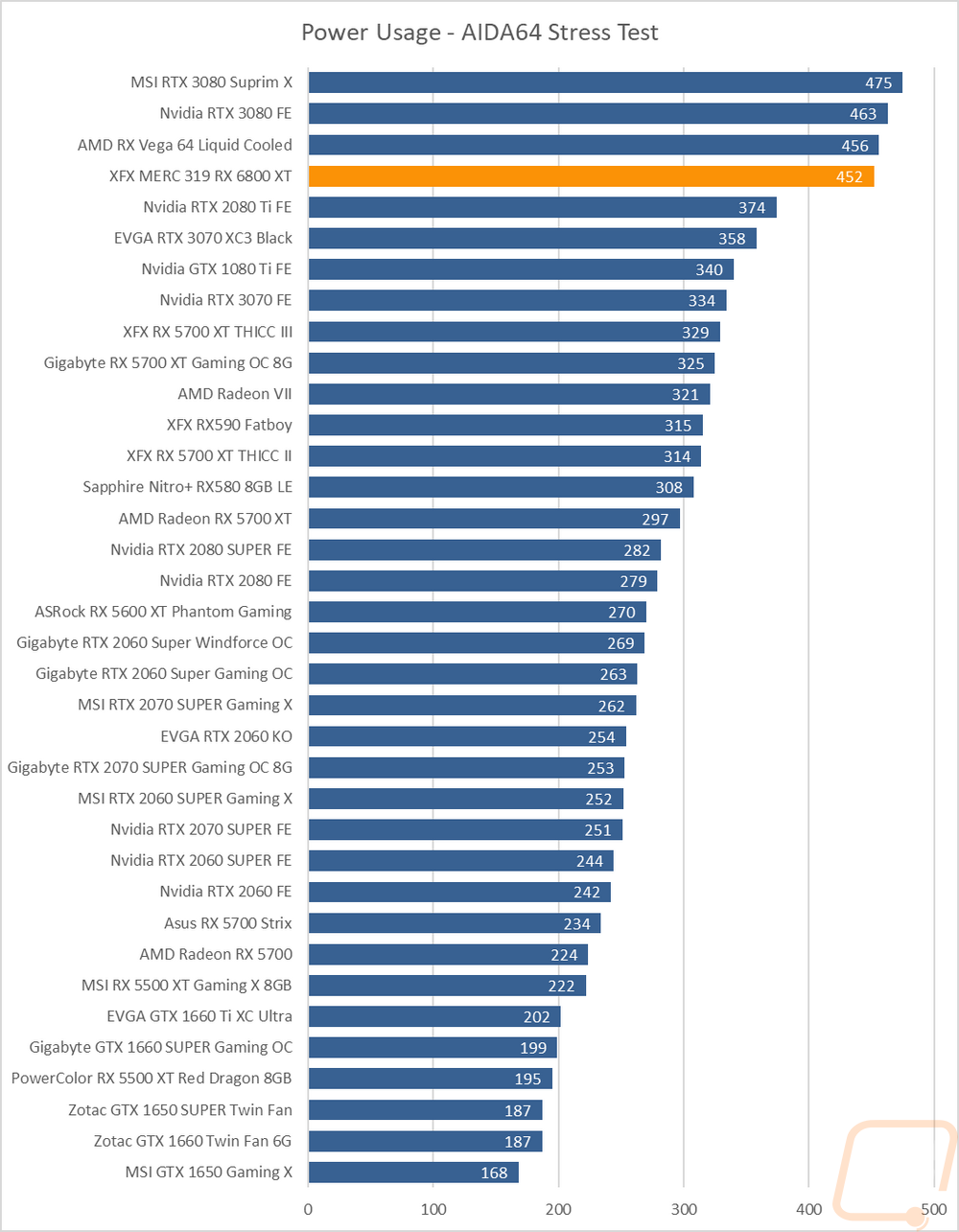 My next round of tests were looking at noise levels. These are especially important to me because I can’t stand to listen to my PC whirling. Especially when I’m not in game and other applications are using the GPU. XFX does turn the fans off on low power usage, which helps keep things quiet when you aren’t gaming. For my testing, though I first tested with the fan cranked up to 100% to get an idea of how loud it can get, then again at 50% to get an idea of its range. The 100% fan speed tests with the Merc 319 and its three fans weren’t fun, being nearly as noisy as some of the blower cards with the fans cranked up that high. It was still a little below the THICC III at least. Thankfully the card at 50% fan speed wasn’t bad at 40.4 decibels and I should note that 50% is using AMDs software which I would argue (by going off RPMs) is a little higher than 50%. The under load testing which is the only real important result here was a little more reasonable at 38.4, which was also quieter than the 3080 Founders Edition. I have also included the fan RPMs which reach 3409 at 100%, this one is interesting because normally the placement of the RPMs in the chart matches the 100% noise chart well but the Merc comes in much noisier than its RPM range would indicate. 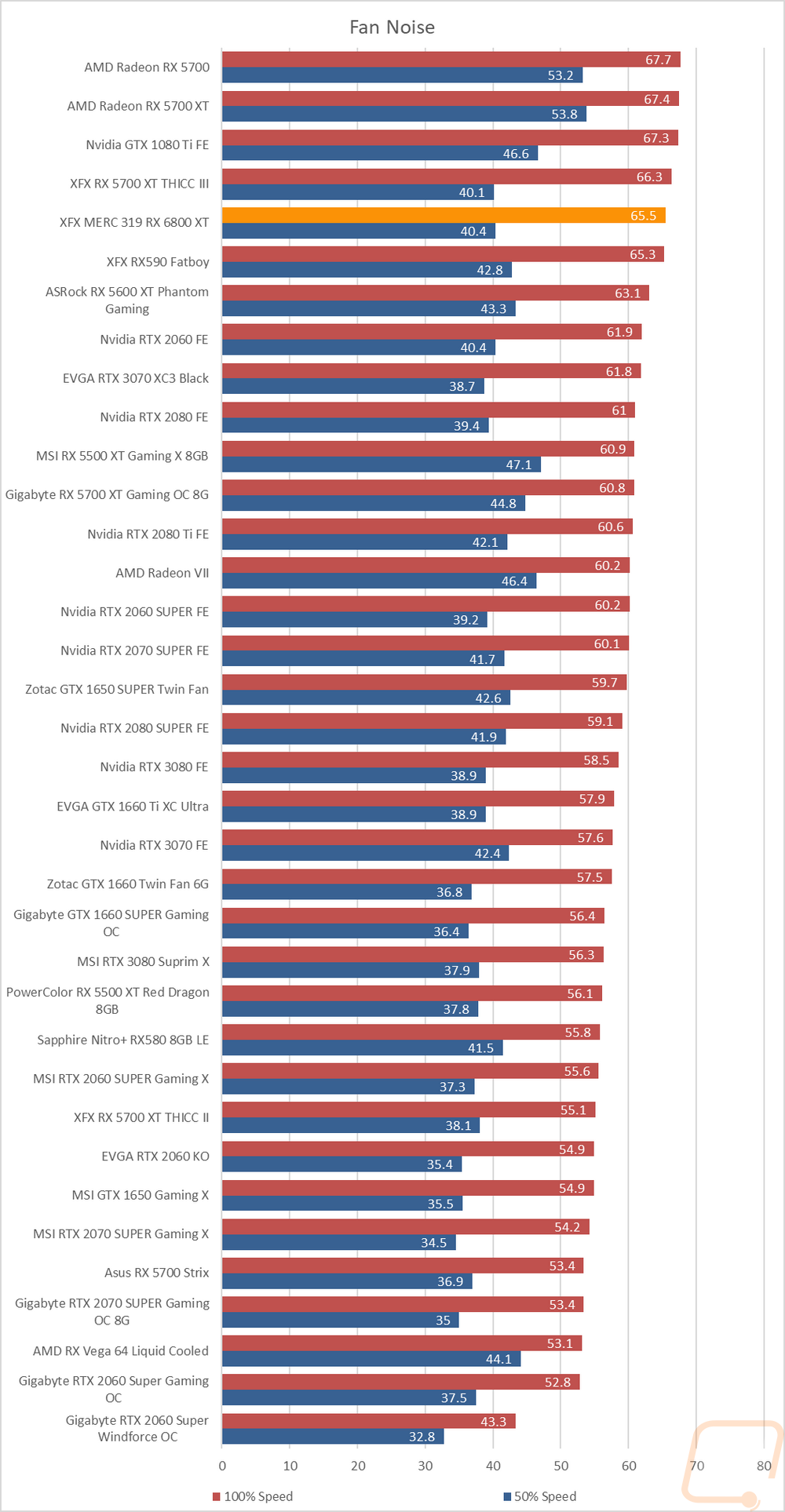 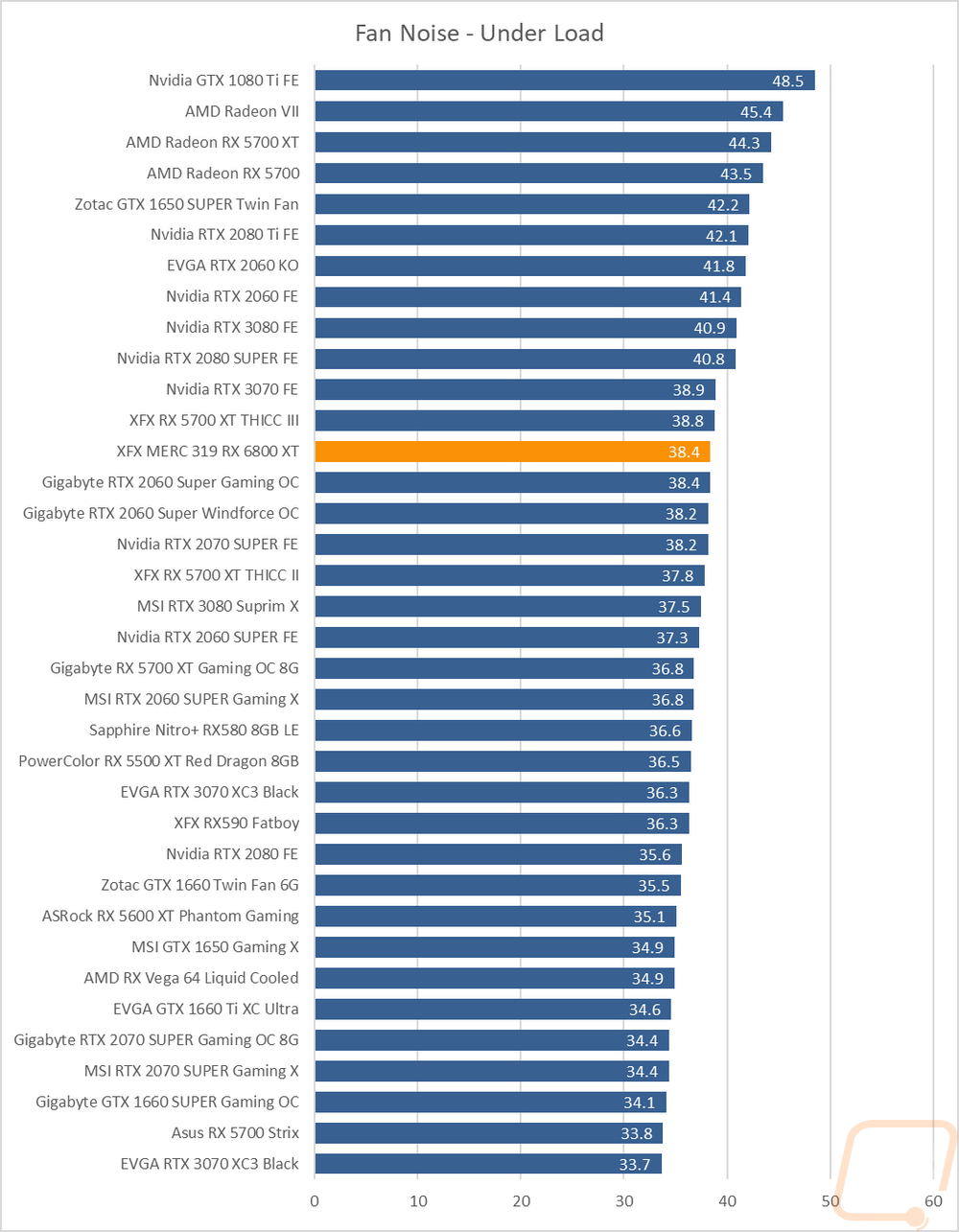 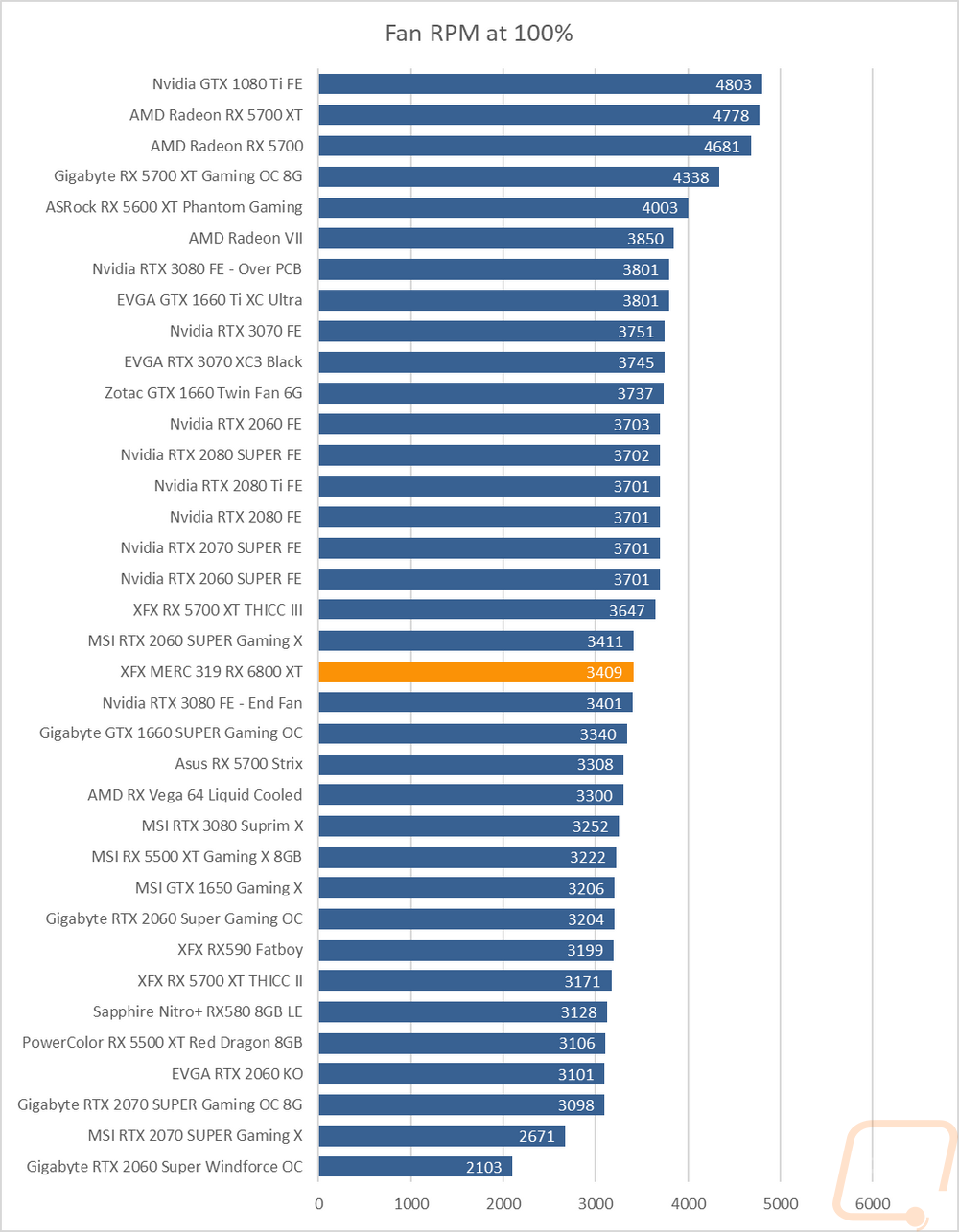 To finish up my testing I of course had to check out the cooling performance. To do this I ran two different tests. I used AIDA64’s Stress Test run for a half-hour each to warm things up. Then I documented what temperature the GPU leveled out at with the stock fan profile and then again with the fans cranked up to 100%. With the stock profile, the MERC 319 RX 6800 XT did extremely well with 65c. This was also right where XFX had their Thicc III targeted as well and it isn’t bad when we also consider the stock fan profile wasn’t loud as well. I honestly thought cranking the speeds up would continue that trend but it only dropped 10 degrees off which is on the low side but also close to what the 3080 Suprim X did. The cooler performs well, but there isn’t a lot of overhead still left as it sits. 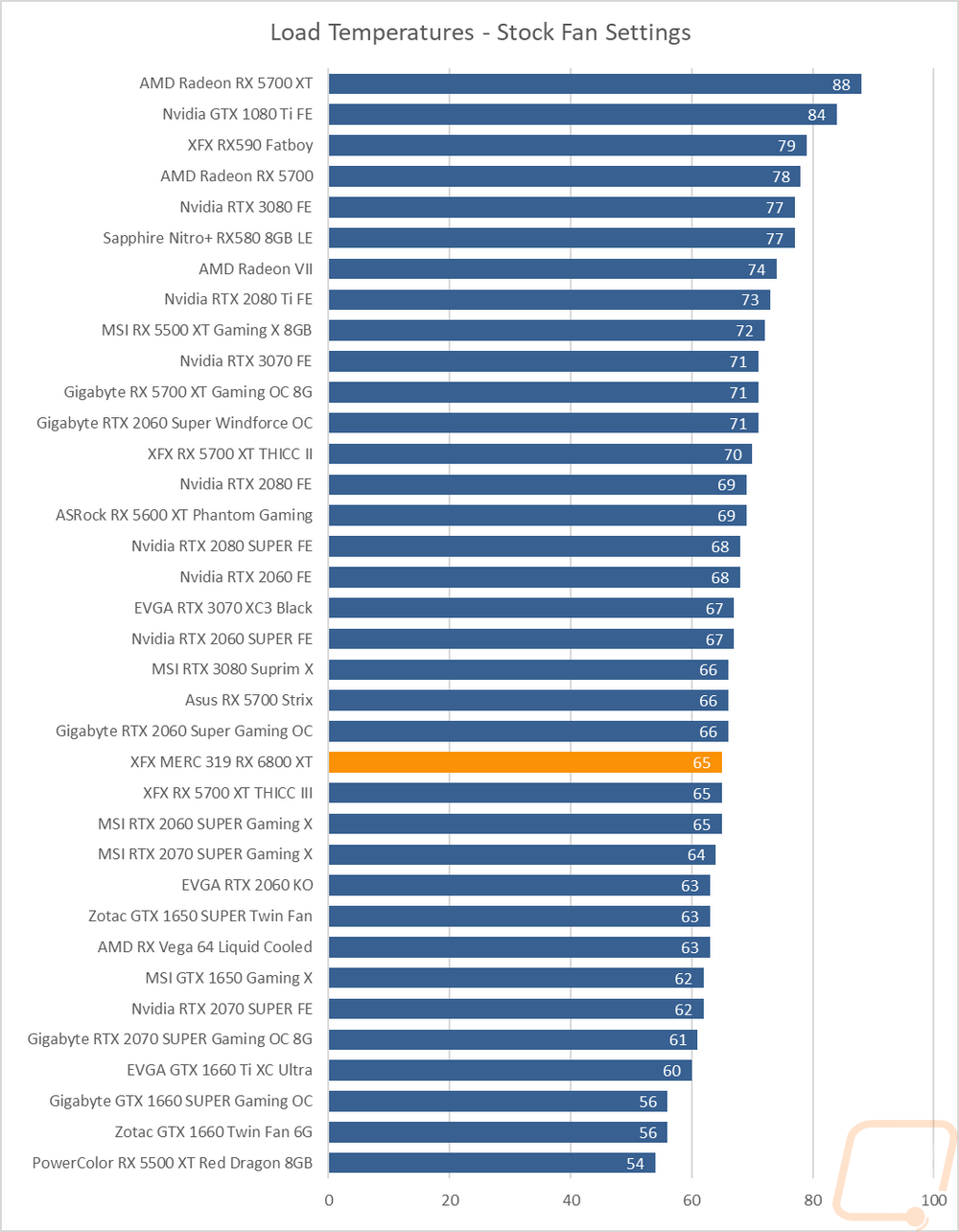 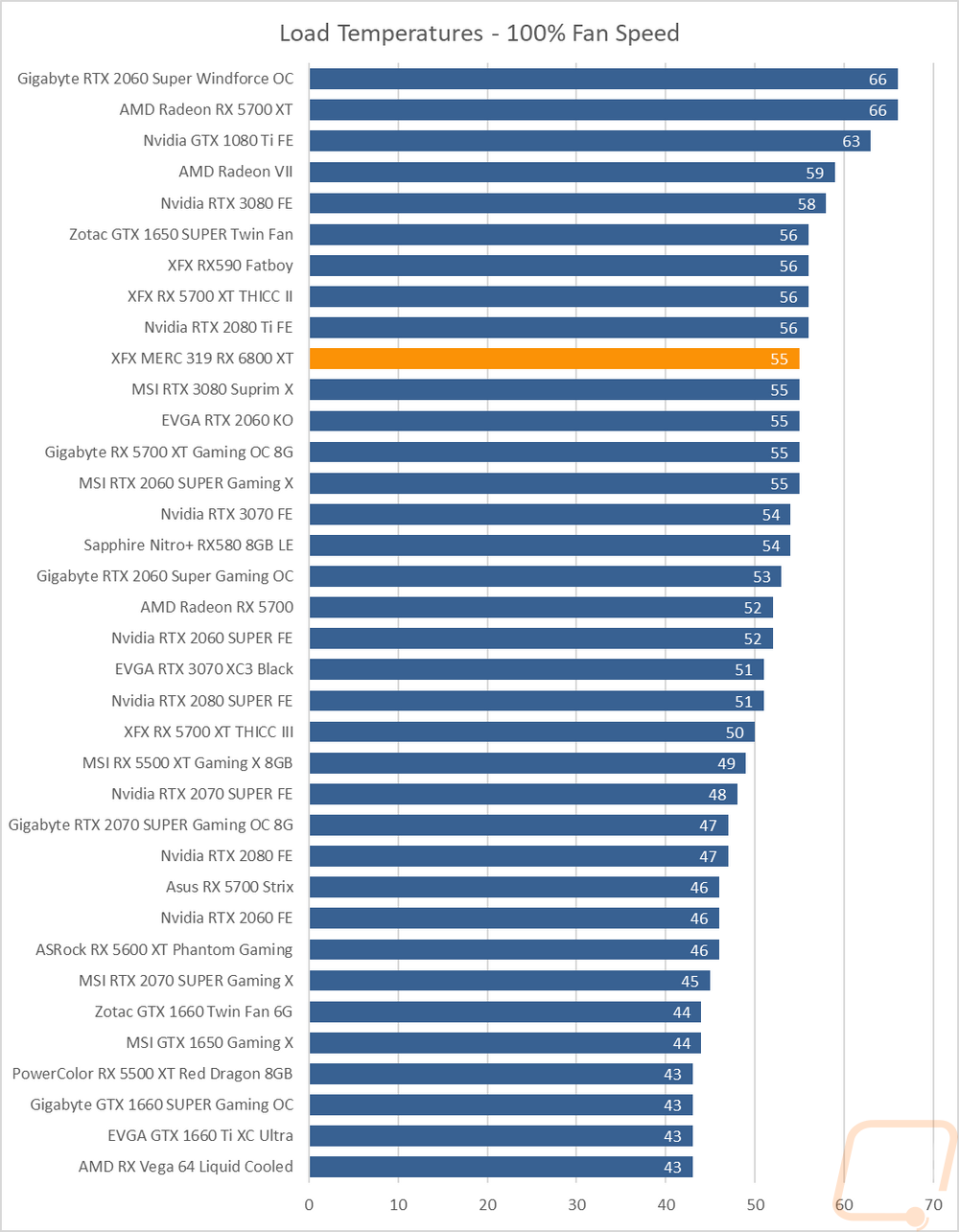 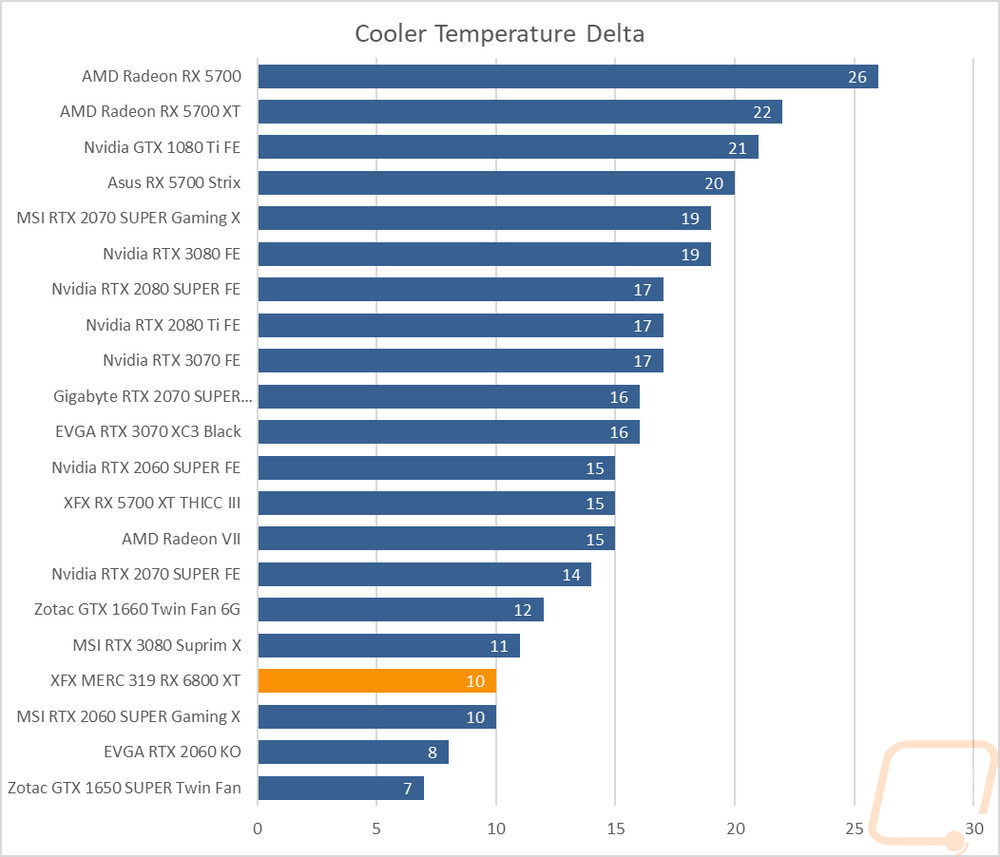 While running the stock fan profile testing I also took the time to get a few thermal images so we could see what is going on. On the fan side, there is a noticeable difference in cooling performance down at the end where the open back area is. Even the hottest area behind the center fan isn’t bad. The area under the card doesn’t look as bad as some cards get as well, which is weird given that is the edge with the most ventilation. The top edge shows that the raised branding bar is working with the air venting just below/behind that. The backplate is also pulling heat out from the back of the PCB with all of those thermal pads. You can see the hot spot right behind the GPU, more airflow over this area in a case would be ideal. 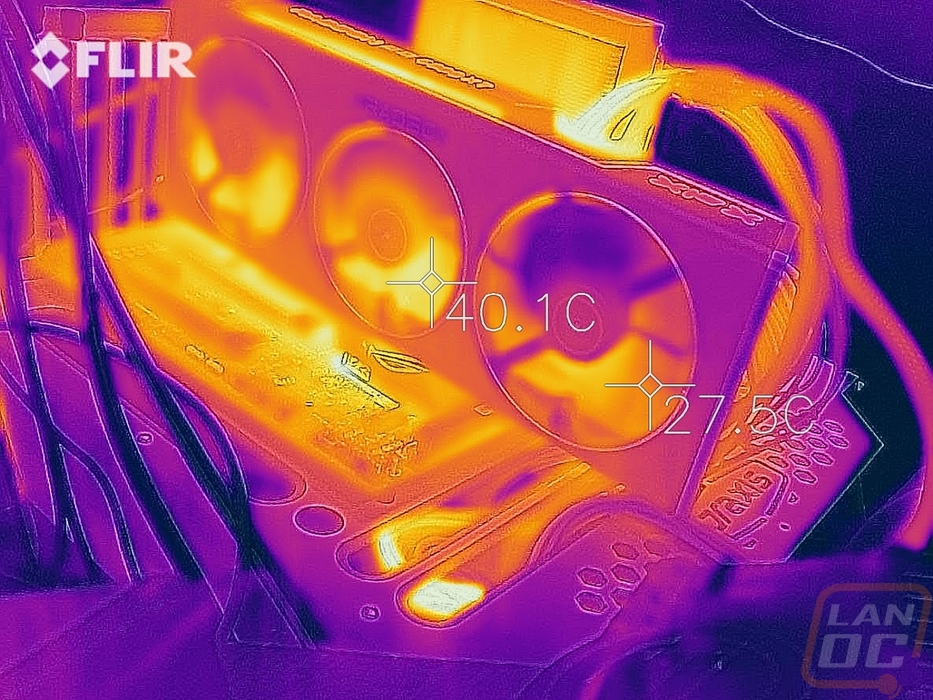 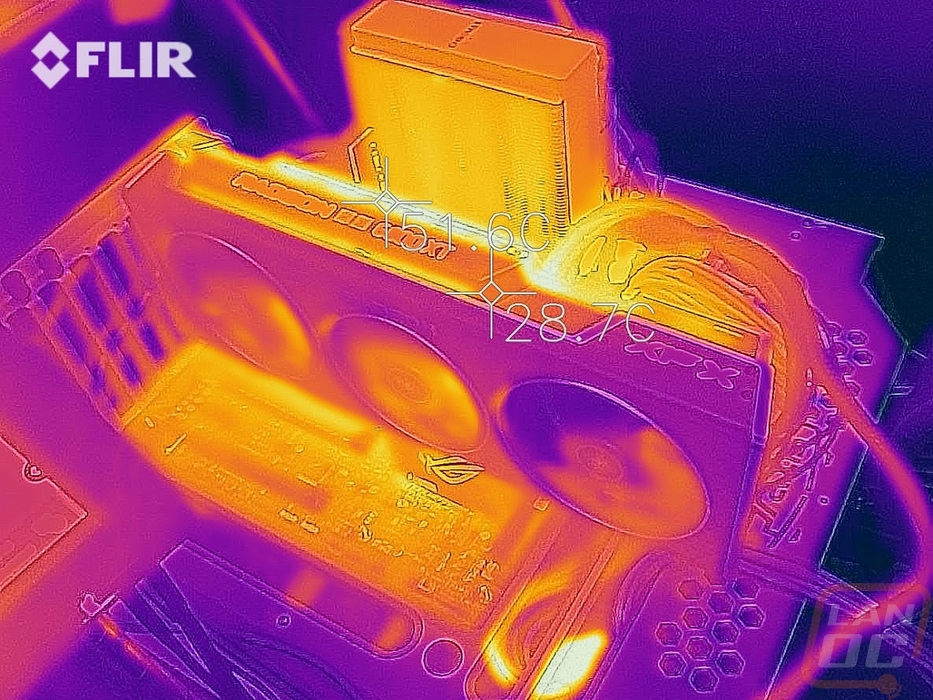 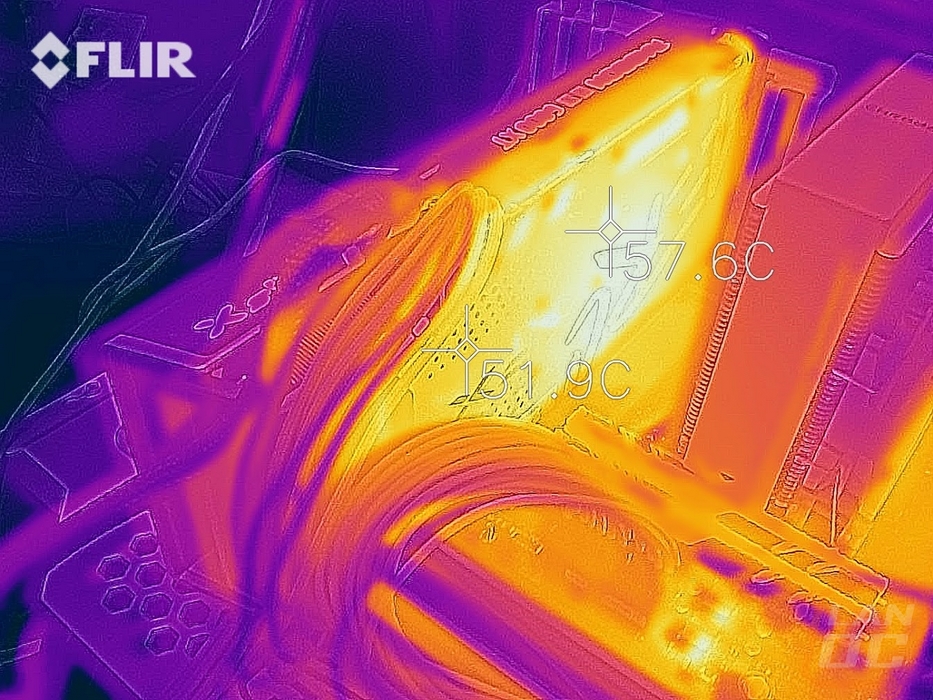