As always I like to start off my testing with a few synthetic benchmarks. 3DMark especially is one of my favorites because it is very optimized in both Nvidia and AMD drivers. It's nice to not have to worry about it being favored too much either way and the repeatability of the results makes it a nice chance to compare from card to card. I like to start off with the Fire Strike benchmarks in 3DMark. There are three tests and all are DX11 focused, with three different detail levels, Performance, Extreme, and Ultra. How did the RX 5700 Strix do? Well, I wanted to see how it compared to our reference RX 5700 and the RTX 2060 SUPER that Nvidia has priced just above the RX 5700. In Fire Strike the RX 5700 Strix did really well, with a noticeable gap between it and the reference card. This kept it out ahead of the RTX 2060 SUPER and was enough to have the RX 5700 competing with the original RTX 2070. 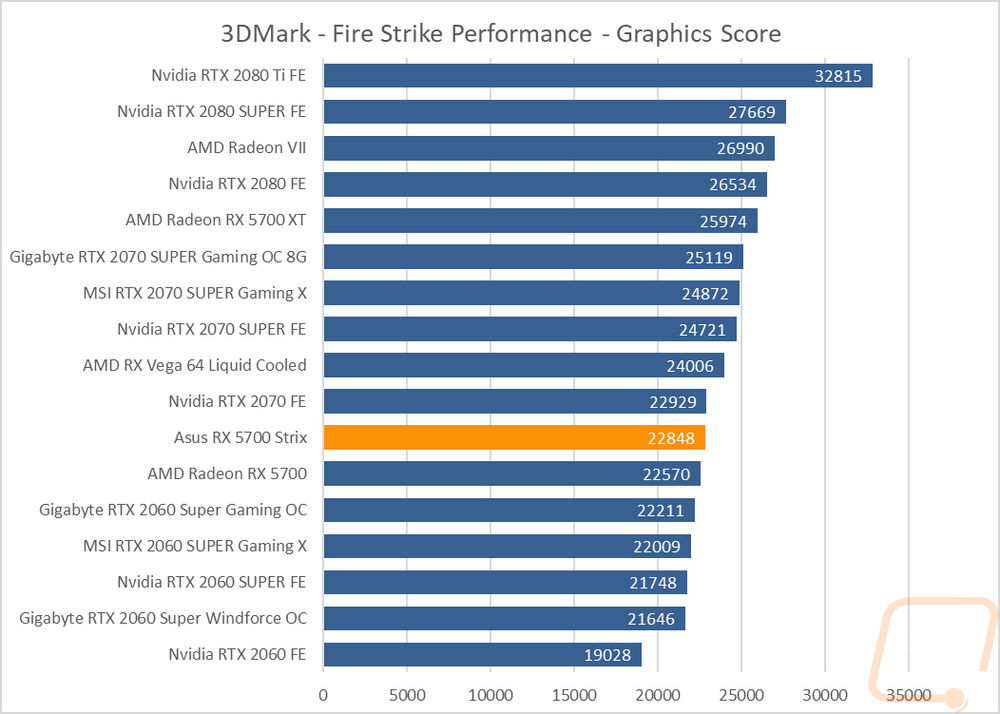 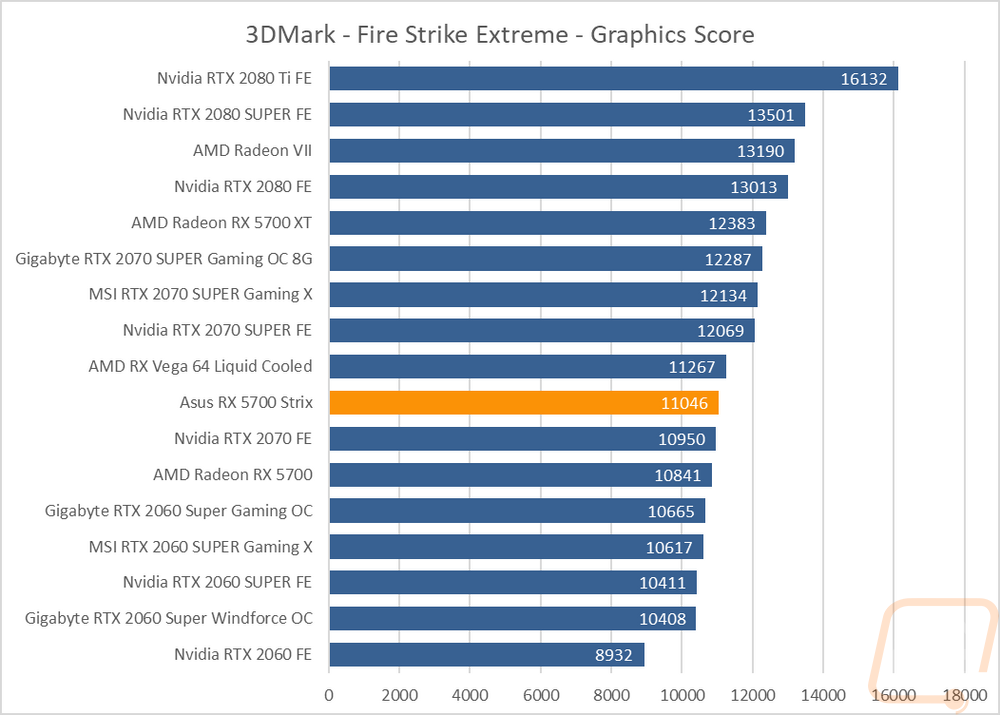 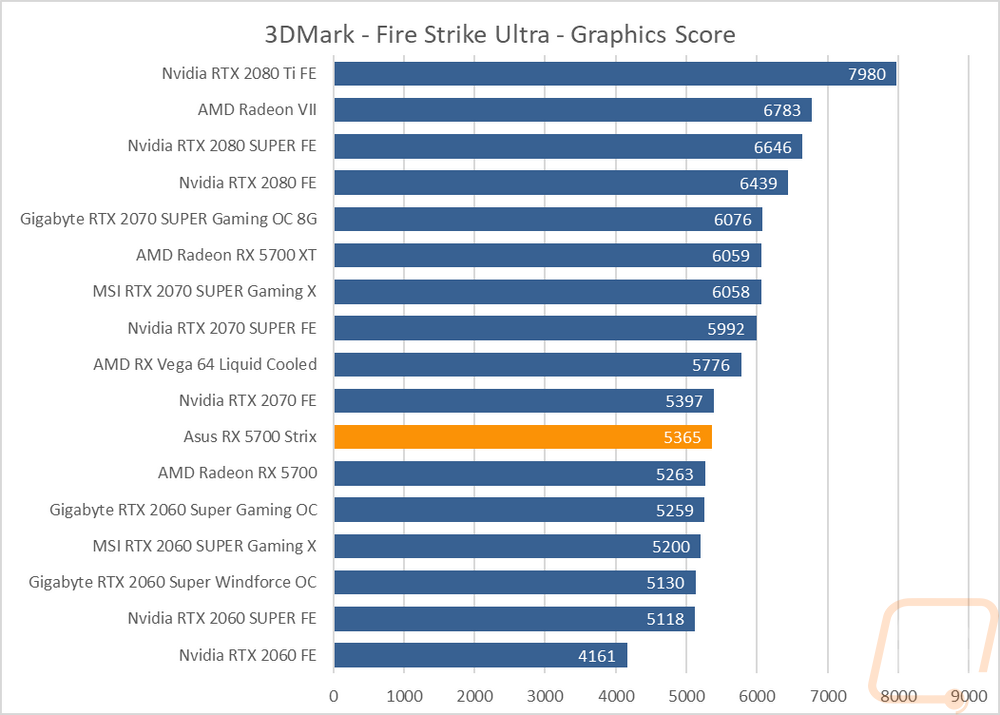 From there I stayed in 3DMark but ran the two Time Spy tests which are newer DX12 focused tests. The RTX based Nvidia cards do a lot better in DX12 and you can see it here with the RTX 2060 SUPER which was behind both RX 5700’s is now out ahead of them both with a big gap. The Strix does well compared to the reference card though going from 7744 to 7814 on the regular Time Spy test and 3510 to 3610 on the extreme detail setting. 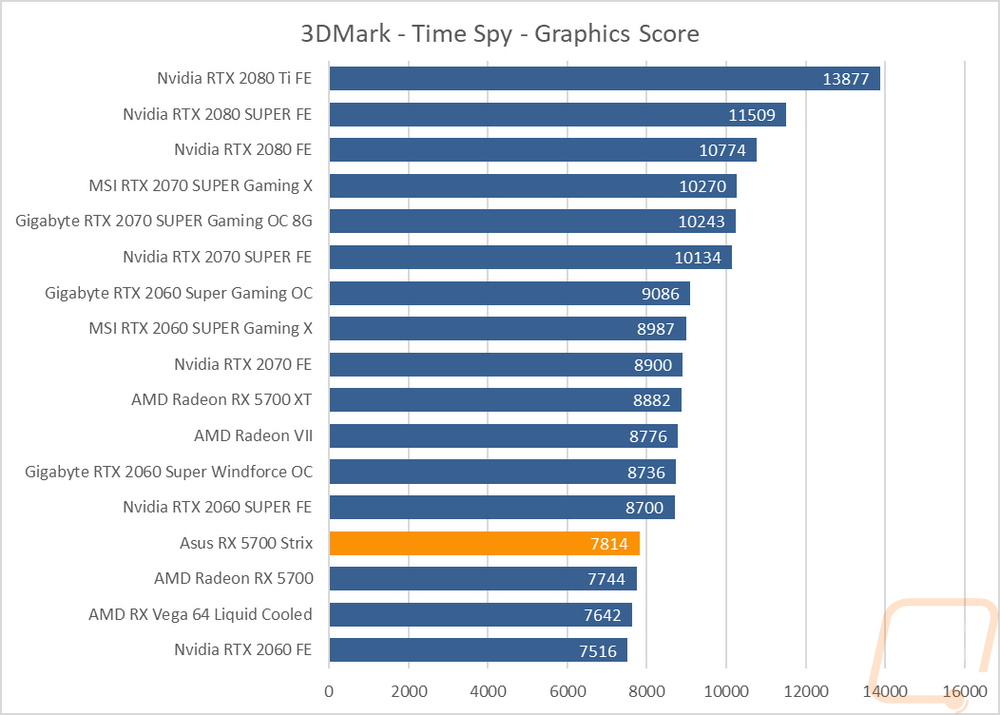 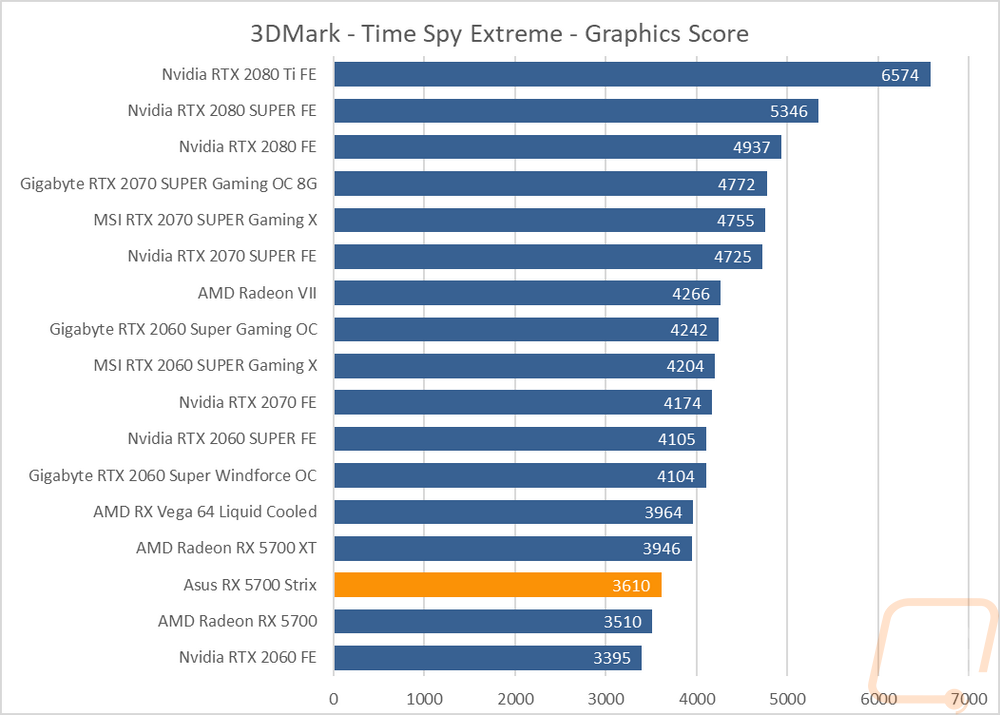 For my last test, I switched over to the Unigine based Superposition benchmark. Here I ran two different tests at 1080p. One at medium detail and the other in the extreme detail setting. The Strix didn’t have as big of a gap between it and the reference card here and being DX12 based it didn’t really keep up with the RTX 2060 SUPER as well but it does come in above the normal RTX 2060 which sells for the same price as the RX 5700. 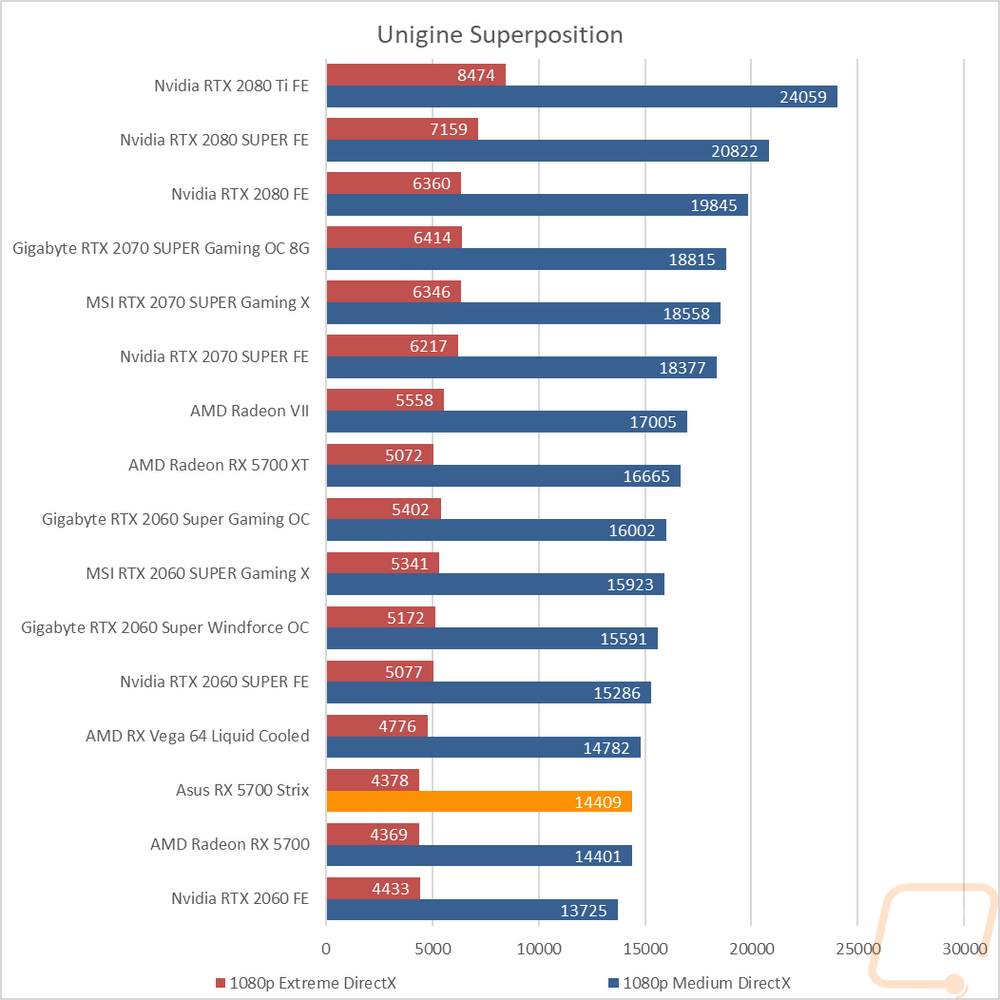