With the recent Nvidia SUPER launch, it also means all new aftermarket cards. I had the chance to check out MSI’s highest-end RTX 2060 SUPER. Well, I also had two different cards come in from Gigabyte. The Gigabyte RTX 2060 SUPER Windforce OC which has an overclock over the Founders Edition model but sells for that same base price point and a Gigabyte RTX 2060 SUPER Gaming OC. The Gaming OC isn’t Gigabytes highest-end card, but it has the upgraded triple-fan cooling and a huge overclock which was well over all of the competition so I’m curious to see how they both perform and how they compare. Is the Gaming OC fast enough to justify a little more money and is the Windforce OC a better choice than the Founders Edition at the same price. Today we are going to find out! 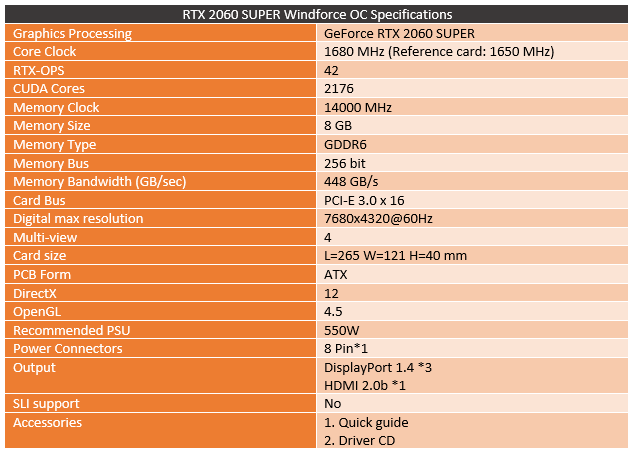 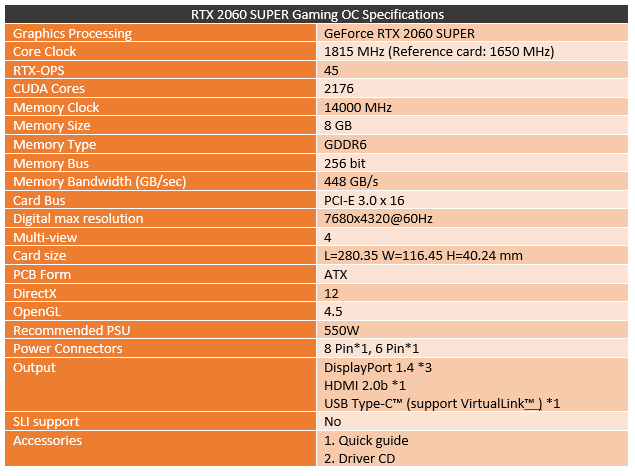 So taking a look at the specifications of both cards most of the information is shared between both cards. They both have the same 8GB of memory running at 14Gbps. The main difference between the RTX 2060 SUPER Gaming OC and the RTX 2060 SUPER Windforce OC is their clock speeds. The Windforce OC is overclocked from the Founders Edition speeds with it running at 1680 MHz where the Founders Edition was 1650 MHz. The Gaming OC, however, has a MUCH higher overclock, running at 1815 MHz. The Windforce OC is just a touch behind the MSI card I just took a look at but the Gaming OC is one of the highest clocked models on the market with the Aorus 2060 SUPER being the only one with a higher clock. That said I did use GPUz to double-check those numbers and both cards came in at the correct clock speeds. I should note though that this coverage is late because I caught that the Windforce did have a higher clock speed than it should. So some other reviews of that card could be tested at the wrong speed if they published before I found it and Gigabyte sent out the updated BIOS. I also have the driver I tested with and the BIOS version listed as well for record keeping. 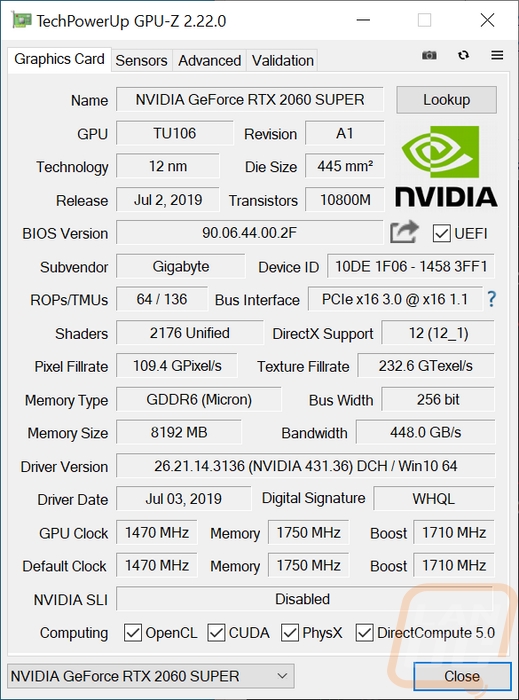 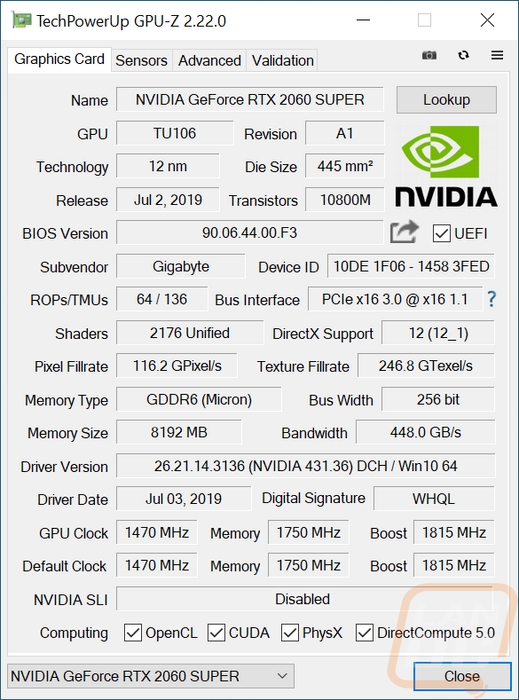 We have 1459 guests and one member online