Well if you remember the RTX 2070 Founders Edition this RTX 2070 SUPER is actually a big change from the original. Were the 2060 SUPER only added the chrome but kept the size and cooler on the card the same. For the RTX 2070 SUPER, they moved from the same size as the 2060 up to the size and cooler used on the RTX 2080 and RTX 2080 Ti. They did still include the chrome in between the fans, but because of the size difference, it is a larger chromed out section. You still have the RTX 2070 branding as well as that bright green SUPER logo as well. The dual fan configuration isn’t any different than the smaller cards, the fans are the same size and have the same blade count and angle. They also still have those machined aluminum caps on the fan centers as well. 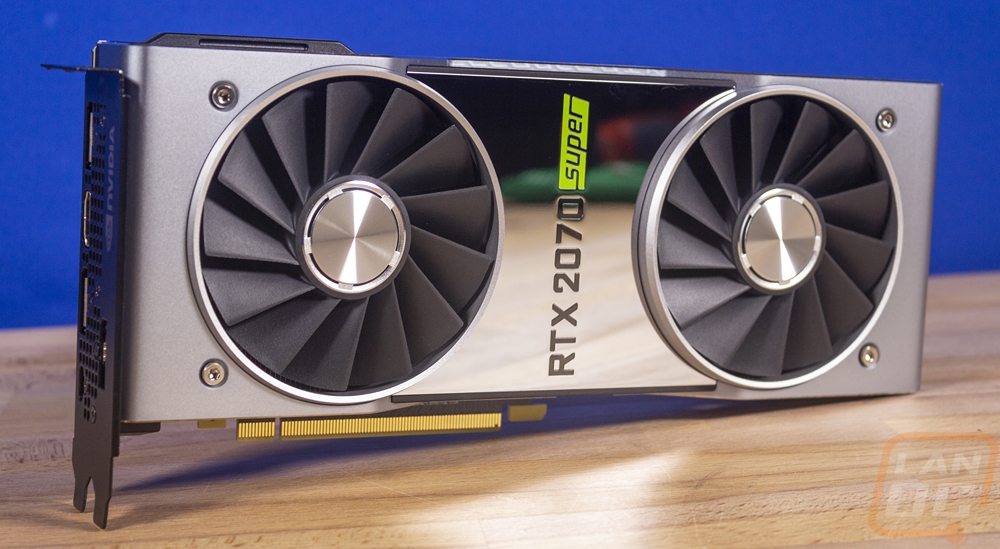 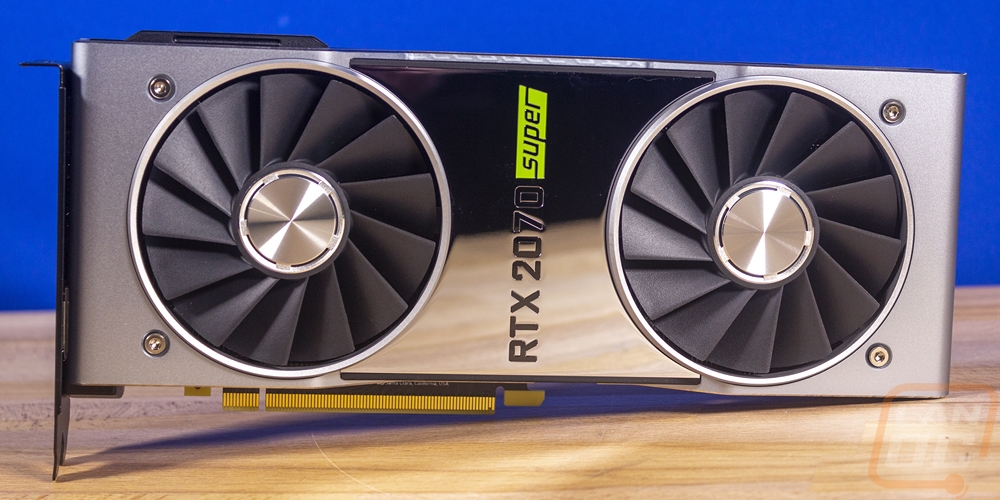 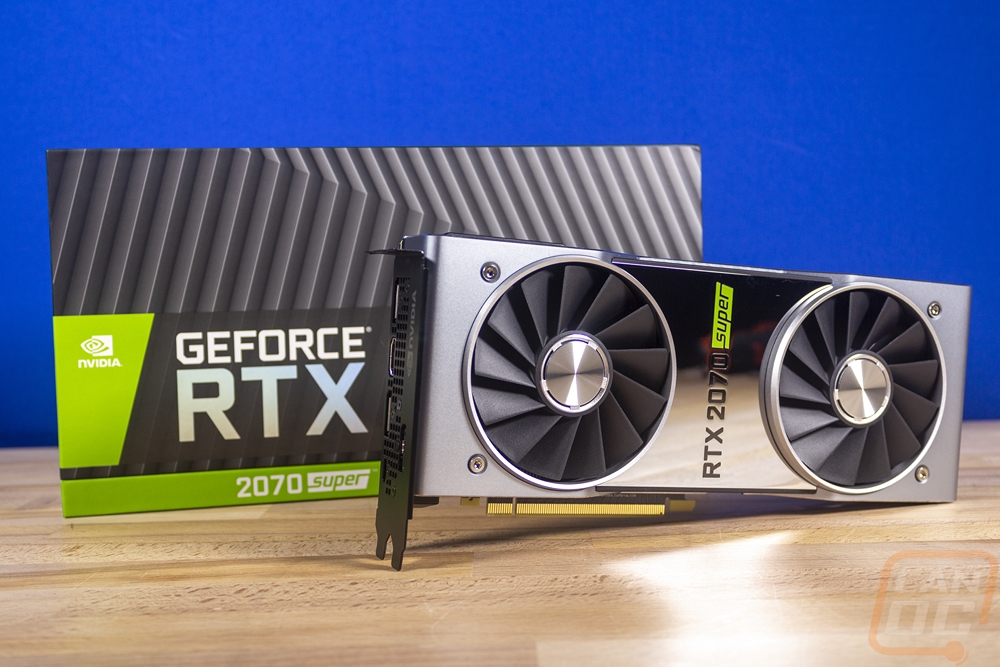 Up on the top edge of the 2070 SUPER, you have the same GeForce RTX logo which looks chrome when not lit up but is backlit in Nvidia’s green. I’ll say it again, like I always do I love the green but please please give everyone the option to change this. At least the chromed look when off looks good and doesn’t force the green on you even without the lights like the older blower cooler did. The top edge has a little more of the traditional Nvidia styling with the silver band that wraps around the top logo, this same styling cue was on the last two cooler designs. You can see that unlike the previous 2070 the 2070 SUPER does have an NVLink bridge. The card ships with a nice metal cover over it but the move to the RTX 2080 size also adds support for dual cards. Also up on the top, as it should be, are the power connections. The single 8-pin of the original 2070 is now an 8-pin and a 6-pin to support that bump up in TGP. Unlike some of the aftermarket cards, Nvidia has to keep these connections flipped around the normal direction because of the backplate so you can see how the heatsink is notched around that area to leave room to unplug.

Because the power connection is up to like a normal card the end of the 2070 SUPER is a lot more boring than the 2060 SUPER. You have the Nvidia logo in the all-metal shroud. Beyond that, the backplate and the front shroud both wrap around on the end here to seal the end up. It does still have the two mounting screw holes for server and OEM sagging support, something none of the aftermarket cards bother to include. 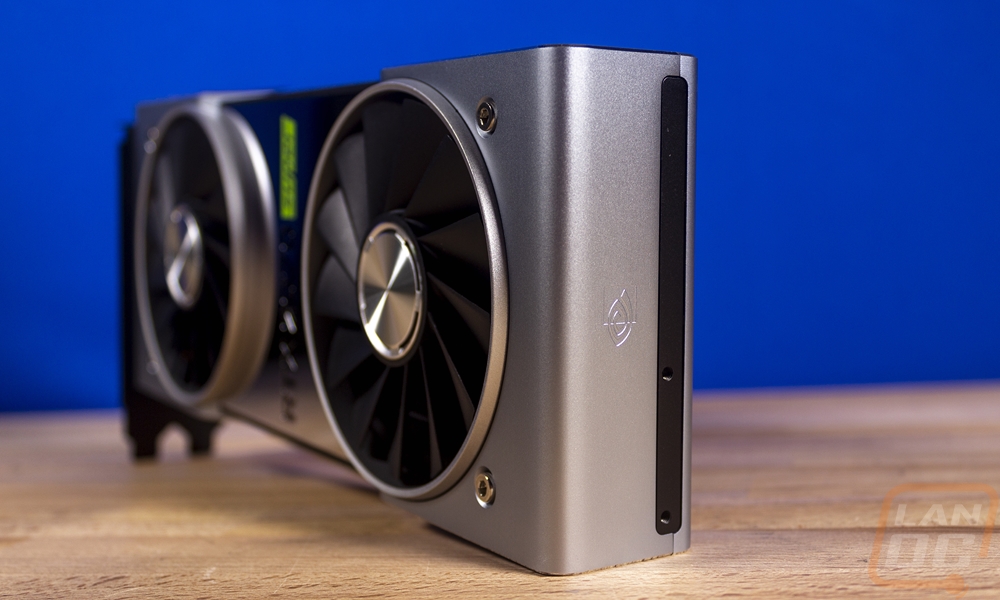 The backplate has the same thick material that the rest of the card is made of which is one of the big reasons the Founders Editions feel so solid when you hold them in hand. You can get another look at that NVLink connection cover up on the top edge, it matches the backplate really well. For styling, they did carve small lines into the backplate that move around the logo in the middle. The logo is flipped so you can read it when installed in a case and has that chrome finish with the bright green SUPER logo. Even beyond being a little unsure about the SUPER branding as a whole, I think I would prefer the branding be anything but that bright green, but it does look good with the silver at least.

So the older RTX 2070 still had the DVI connection like the RTX 2060 SUPER has but when moving to the RTX 2080 configuration it also drops the DVI connection and adds another DisplayPort in its spot. That gives you a total of three DisplayPort connections, one HDMI, and the small USB Type-C with VirtualLink support. VirtualLink combines display, power, and USB to give you a single plug VR connection. Right now you have to use a box to hook everything into with a mess of wires. There is a small Nvidia logo here on the all back PCI bracket which is a small detail but looks awesome installed. 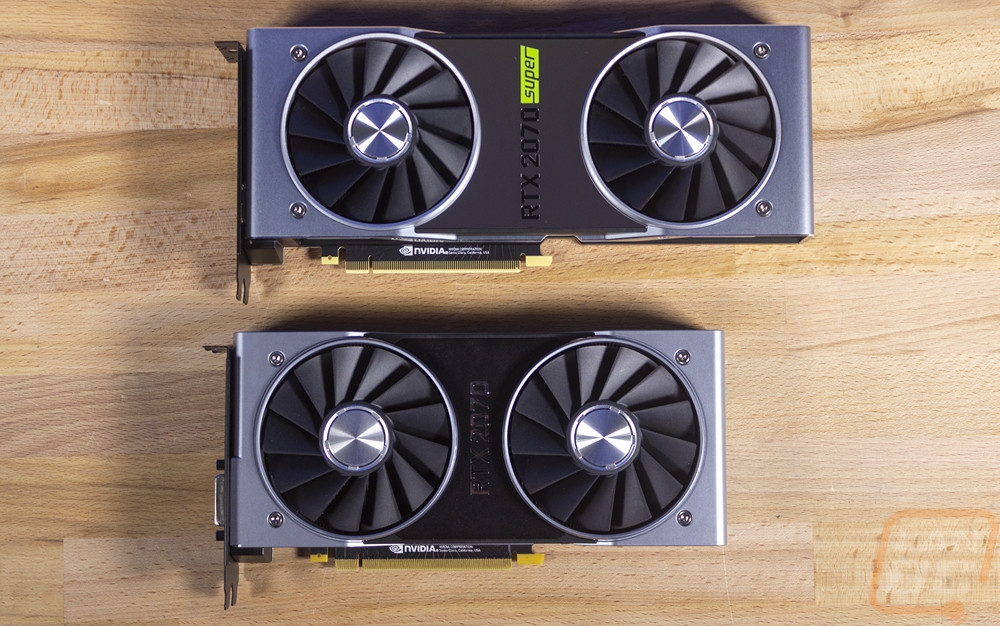 I did get a few pictures of the card with the top logo lighting on and examples of how the chrome will handle other RGB lighting in your case. Surprise surprise, chrome reflects everything. So motherboard lighting for example or anything below your video card is going to reflect off of it. 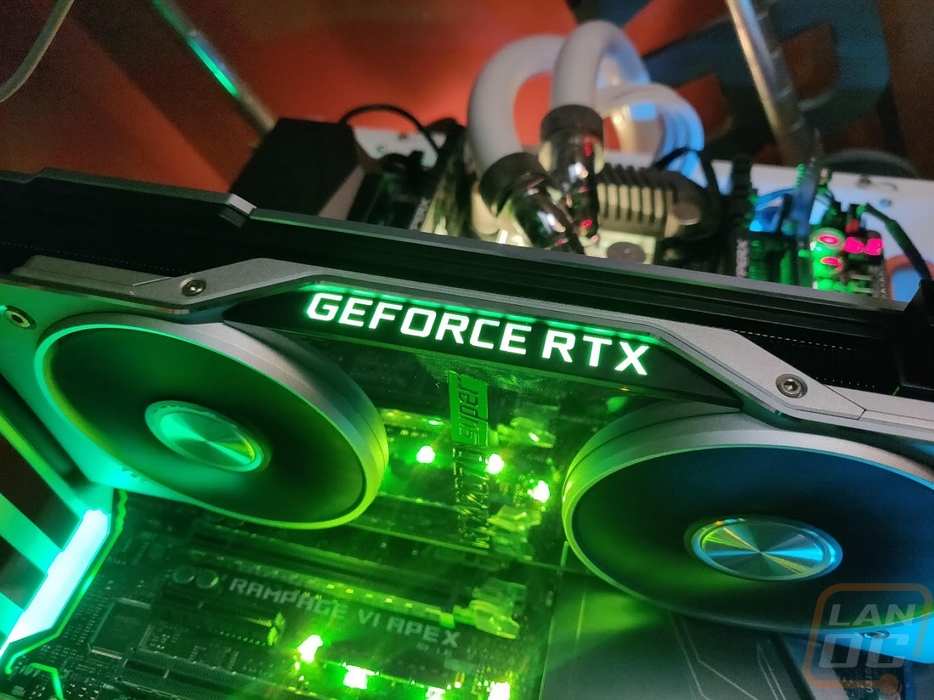 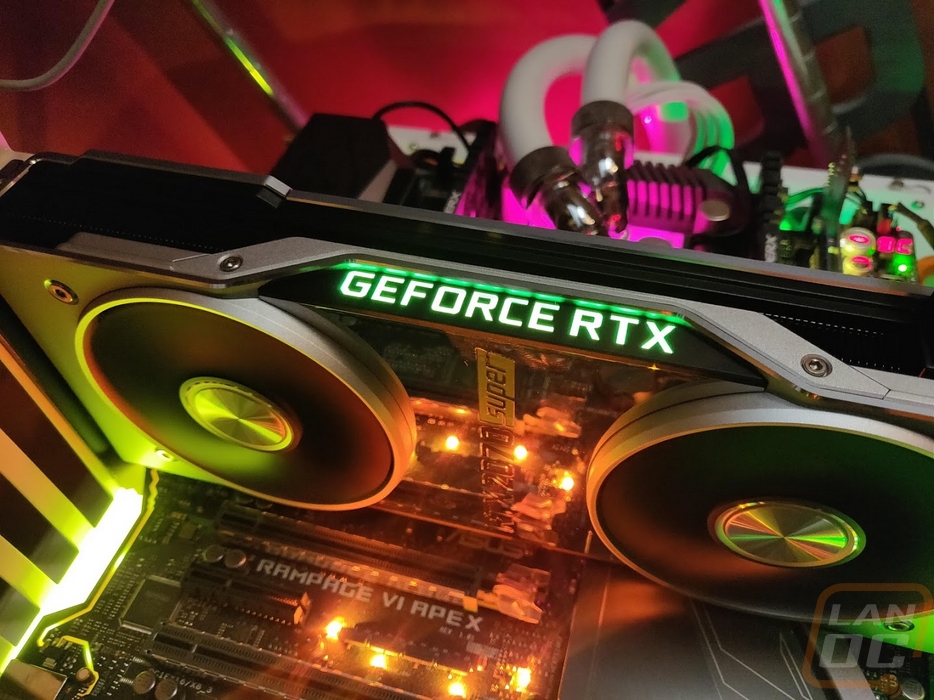 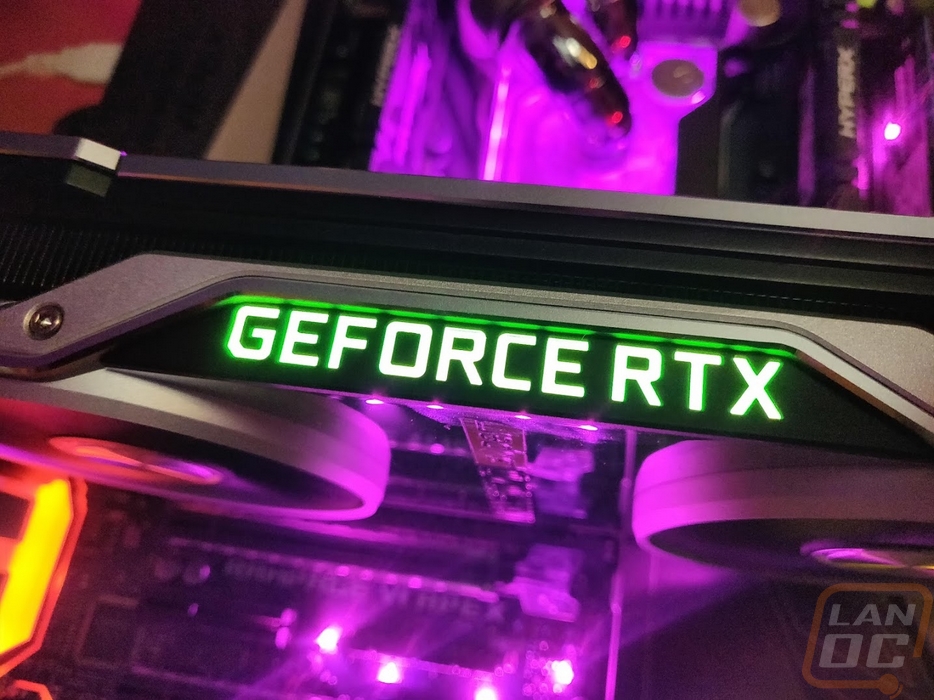