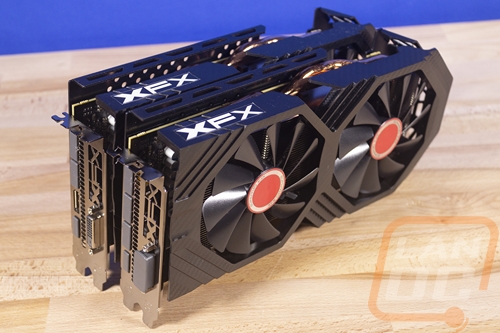 As always I did include synthetic testing. These are also the most likely to have full Crossfire or Multi-GPU support (DX11 is still Crossfire and DX12 is Multi-GPU) so I was especially interested to see how the RX590’s did together. The Fire Strike performance setting is the 1080p focused test and this shows a big jump in performance with an 82.6% increase. Fire Strike Extreme was even better though with a very efficient 94.6%. Fire Strike Ultra was similar with a 94.6% increase but in my experience I doubt we see that in games at 4k like Ultra should represent, Crossfire is still limited in memory bandwidth and capacity and 4K tends to overload the two cards the same as a single card. Moving over to DX12 with Time Spy the efficiency gets even better with a 98% jump from single to dual cards and 97.1% in Time Spy Extreme. 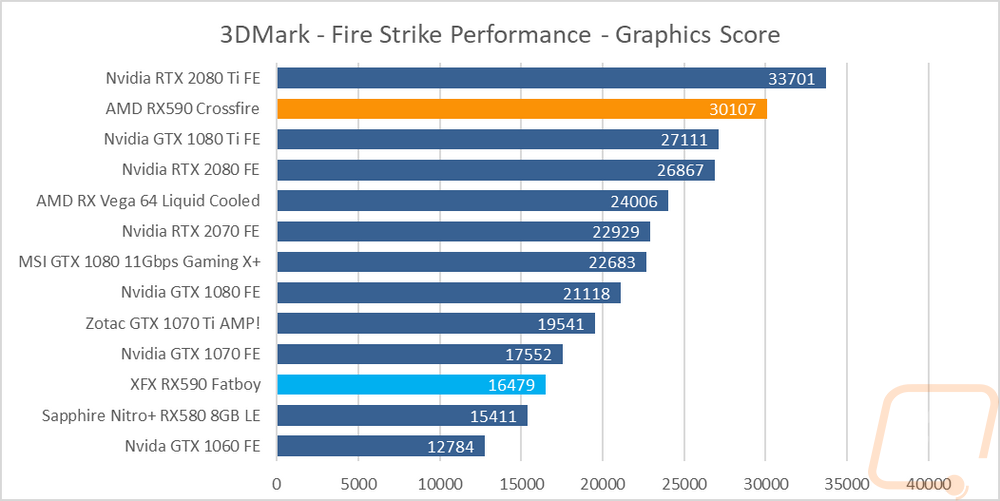 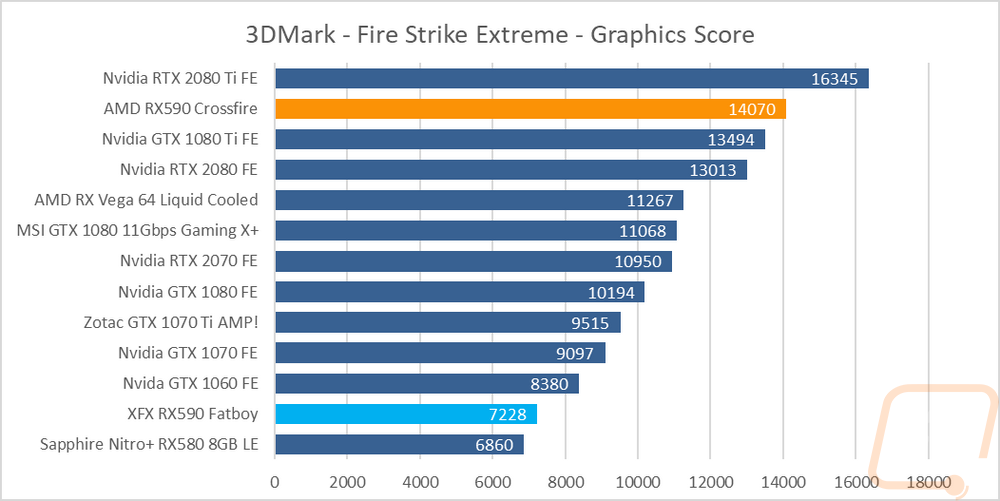 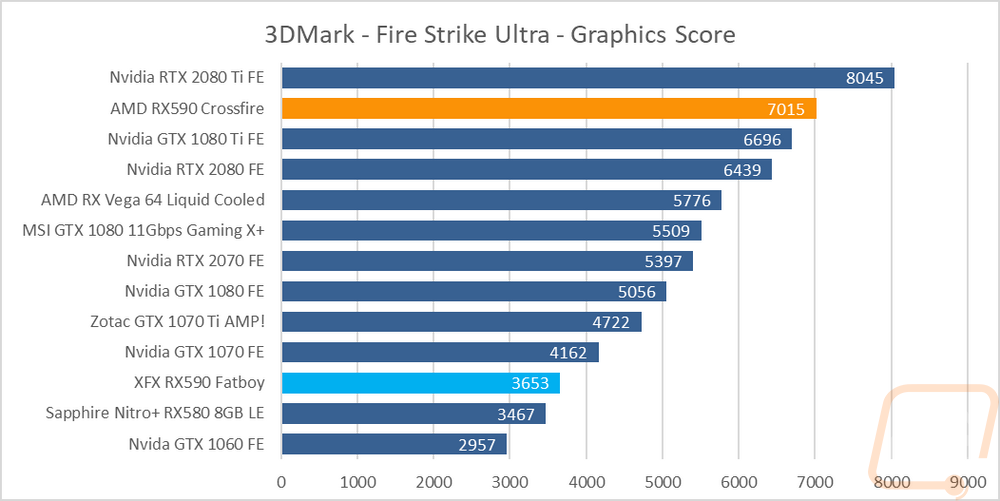 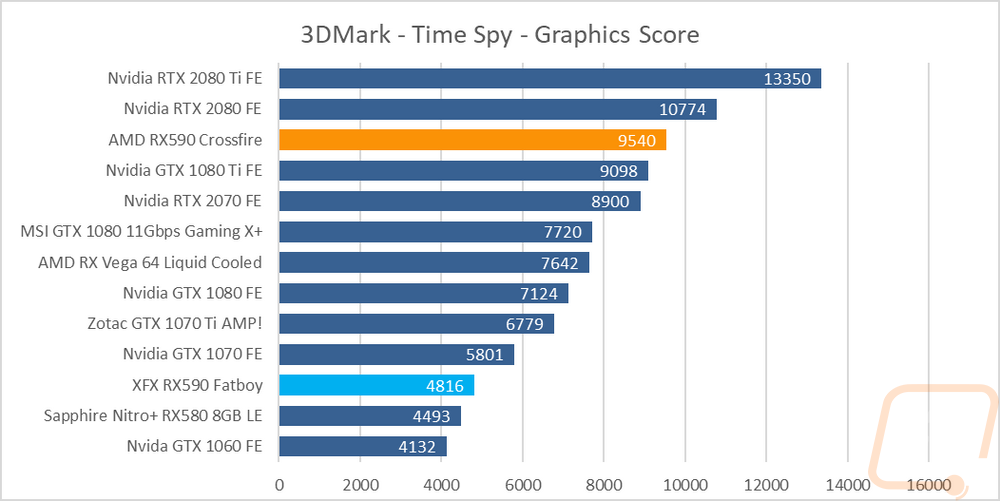 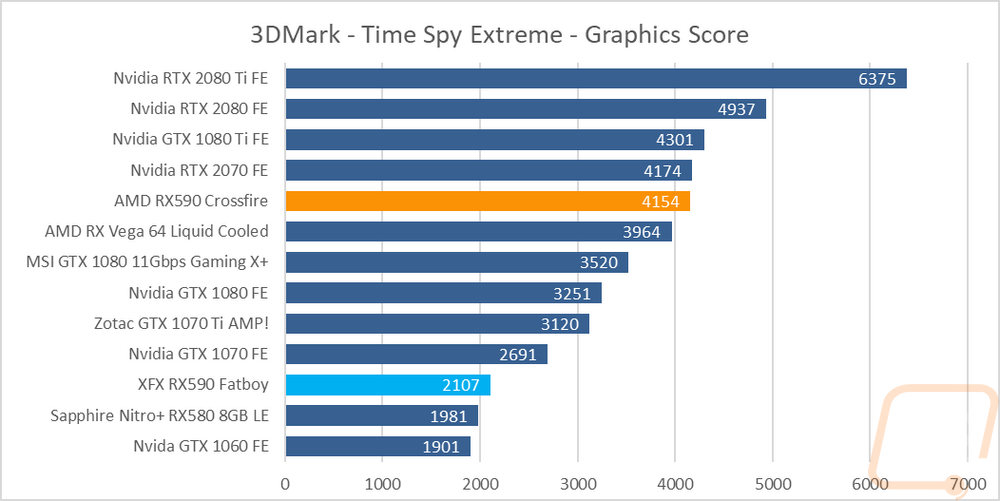 Unigine Superposition, on the other hand, fell on its face. In fact not only was there no improvement at all with Crossfire being just under single card performance. 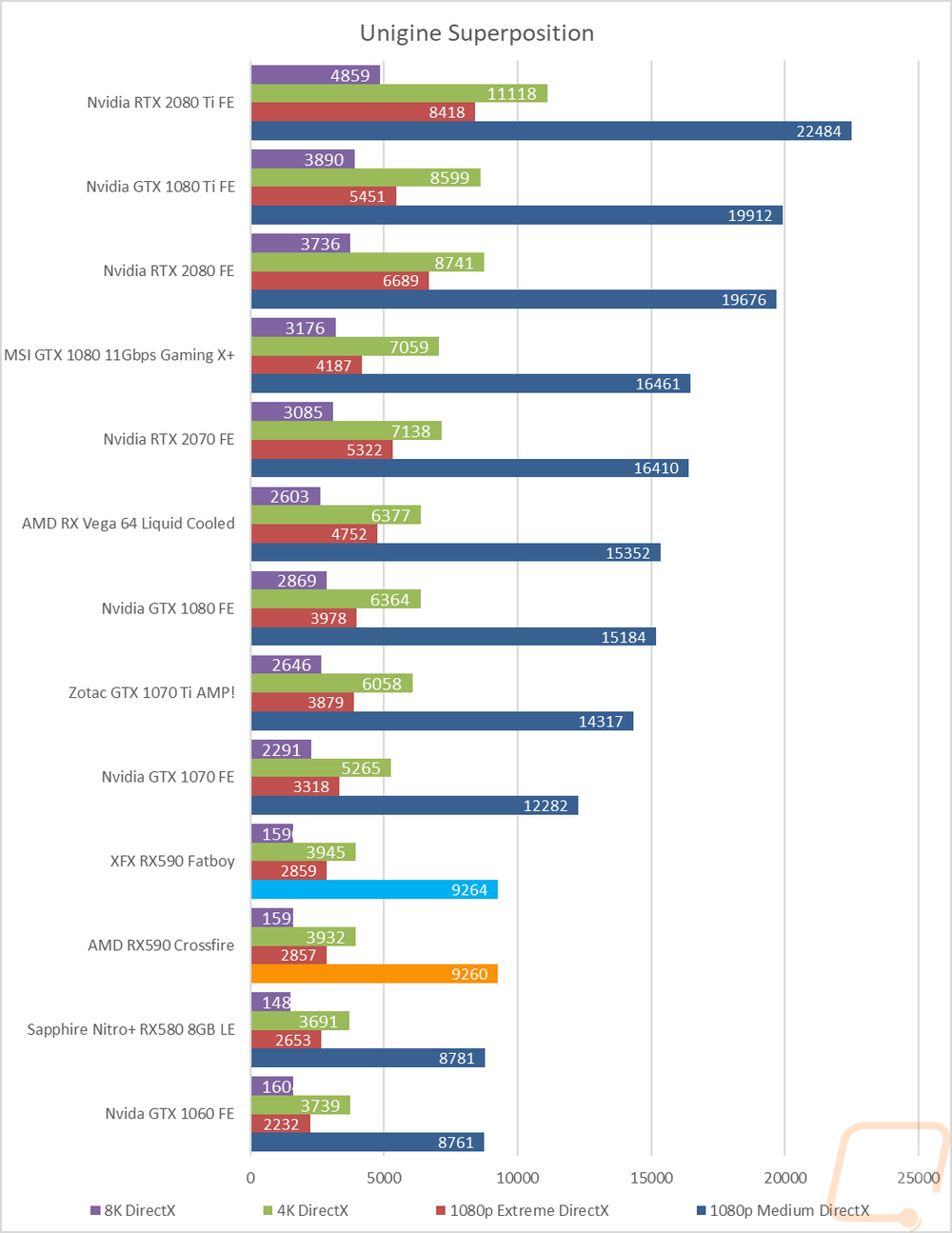 As for VR, the very basic SteamVR test did go from 8.2 up to the max allowable 11. VRMark, on the other hand, was hit and miss. In orange room, for example, performance dropped 8.7% but in cyan, it went up 60.2%. The blue room test also went up 57.6% but was still far from hitting the target FPS needed for that test still. 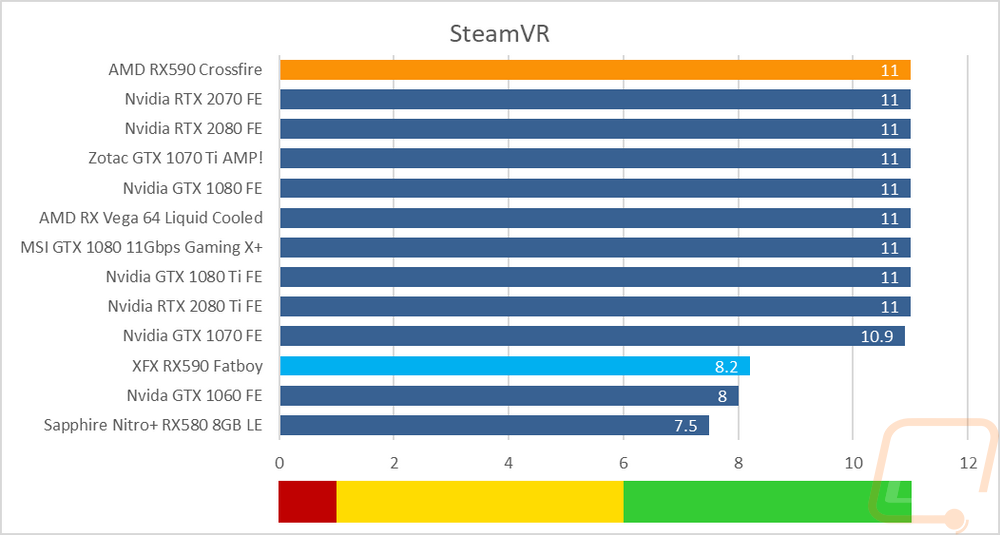 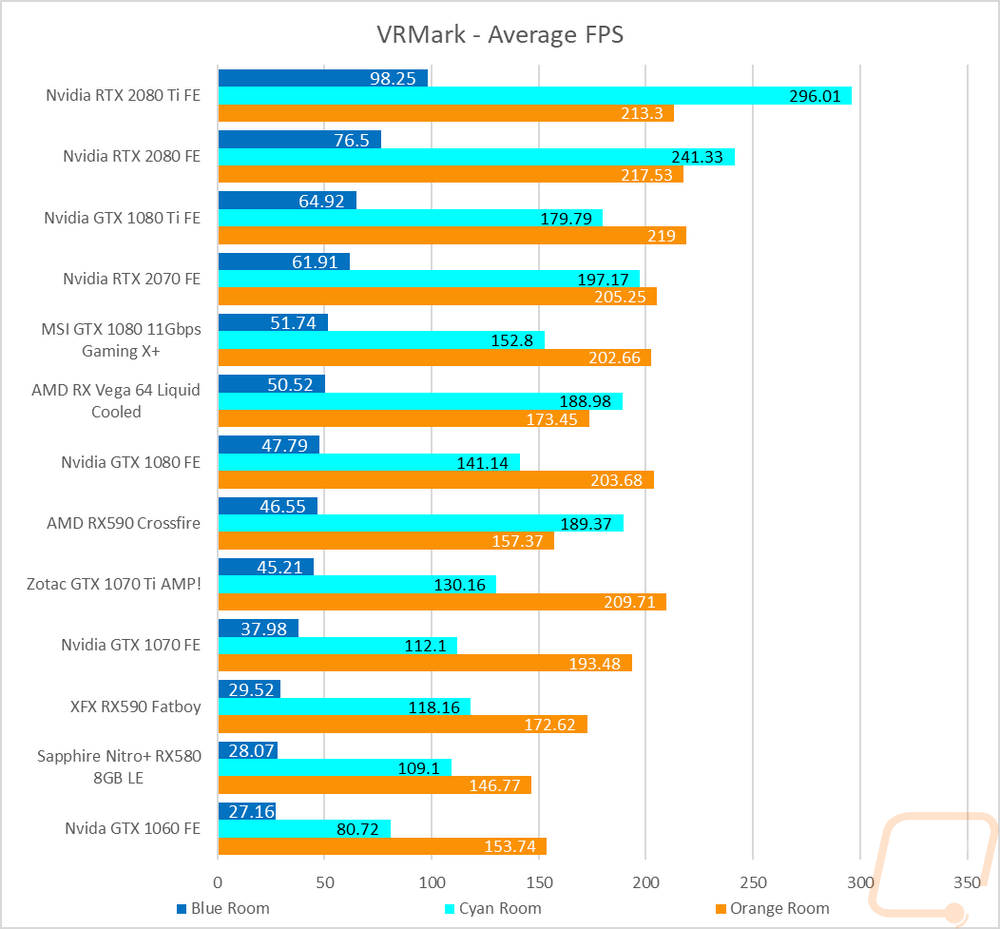