With our RX 480 sample being purely a reference card this time around there wasn’t any need for a packaging section. I did want to point out though that the cards with the reference cooler are coming completely wrapped up in plastic. You get that fresh feeling when pulling the sticker off from four different sides! 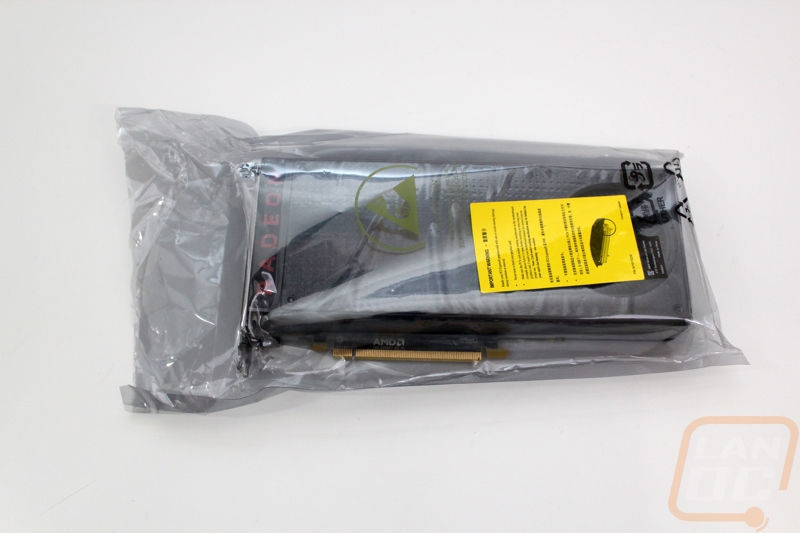 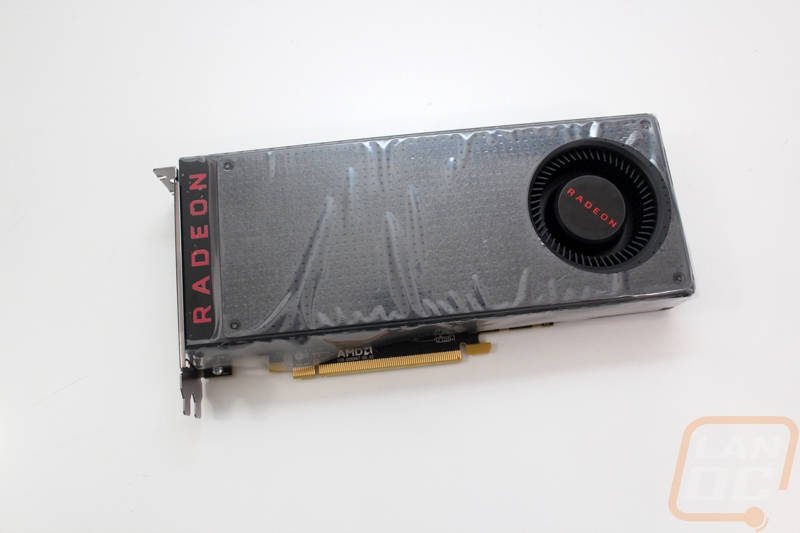 I haven’t had any AMD reference cards in the office for a while. The cooler on the RX 480 looks completely fresh and new to me even though it does match the reference cards from the high-end R9 300 series cards as well as the Fury cards. The design is simple and clean, just how I like things. It's all black with the Radeon logos on the left and on the fan in red to stick with the team red theme. Most of the outside of the card has this textured panel covering it and the pinhole like texture give the RX 480 a little style. Beyond that, it used a plastic casing unlike the reference and now “Founders Edition” cards from the green side. At first glance, the textured area looks almost like they have bolted on a rubber pad but it is made of plastic just like the rest of the fan shroud. 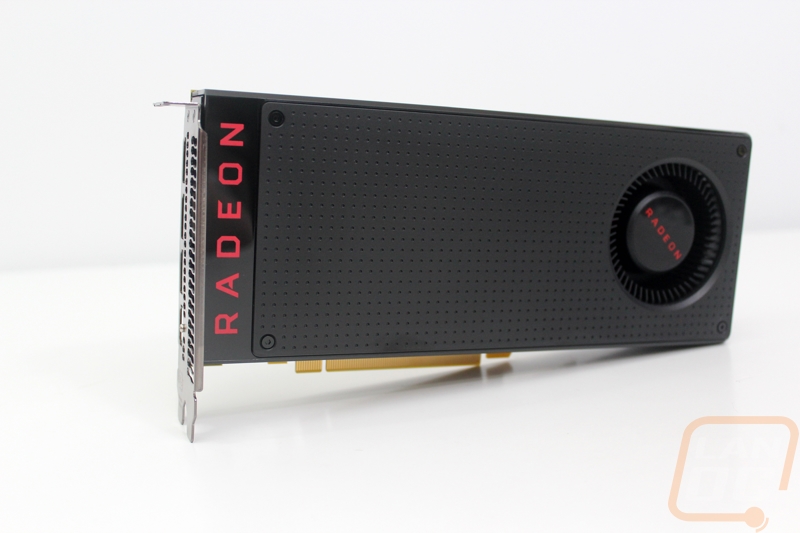 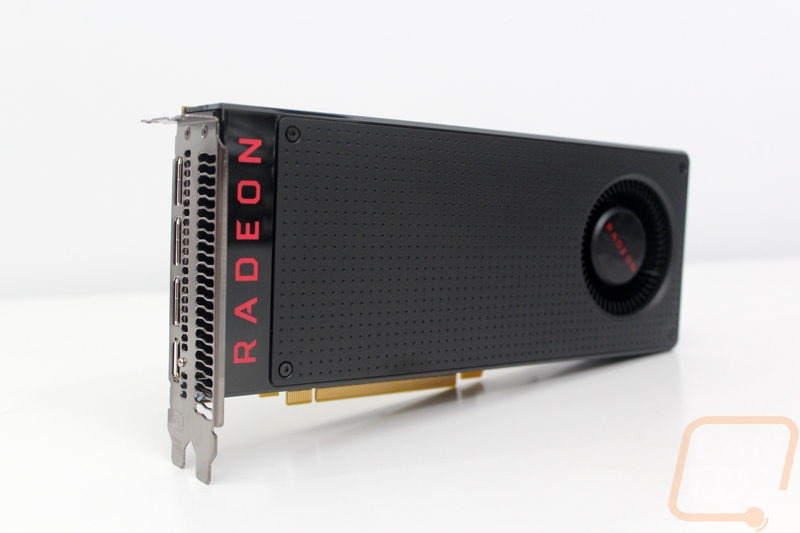 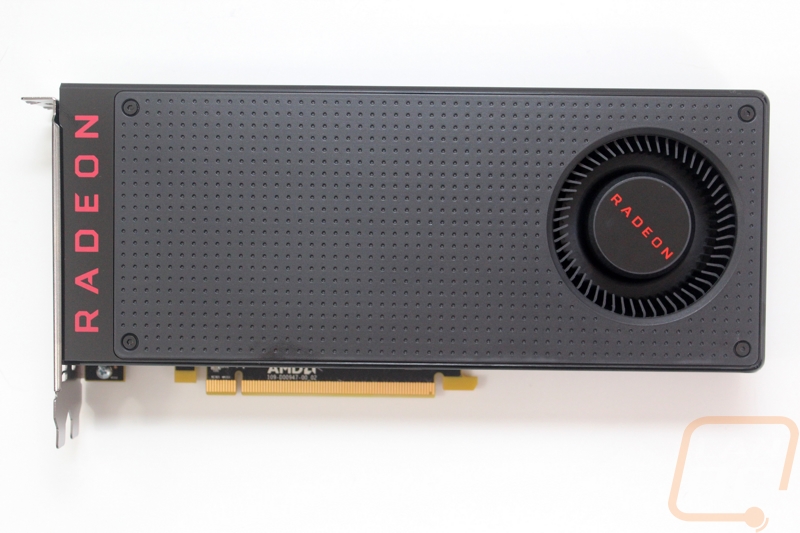 The PCB and the top of the fan shroud also push the limits for height compared to other reference cards. 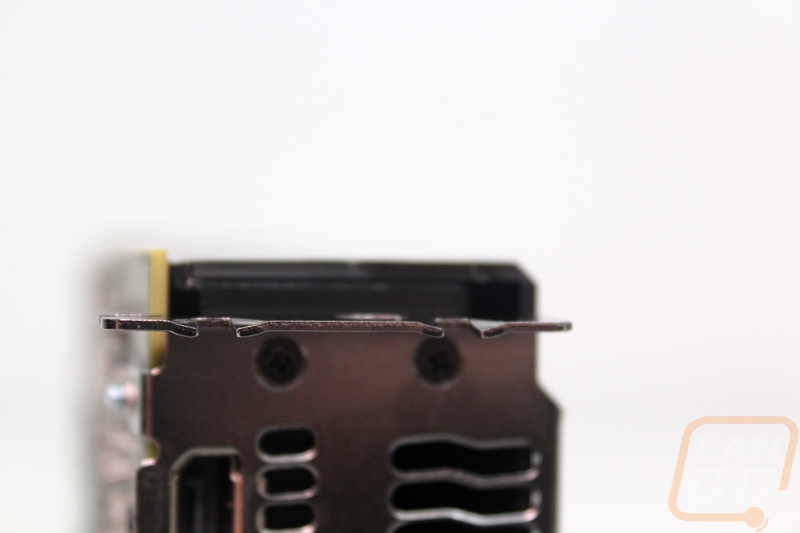 Being a reference card it does have the normal blower design. This means that it pulls air in from this one fan and blows it across the card and out the back of your PC. Cards with aftermarket coolers pack in two and sometimes three large fans and drop the blower design to push air directly down over the heatsink and against the PCB. Blower cards aren’t preferred for overclockers, but a lot of OEMs like them and SFF builders prefer them as well normally. This is because in cases with low airflow like a Dell or a SFF case you don’t want to add to the heat. Blowing the heat out of the case helps keep temps down in those situations. Cases with a lot of cooling on the other hand benefit from cards with aftermarket coolers because those cooler cool the card better and then the case can get the heat out. 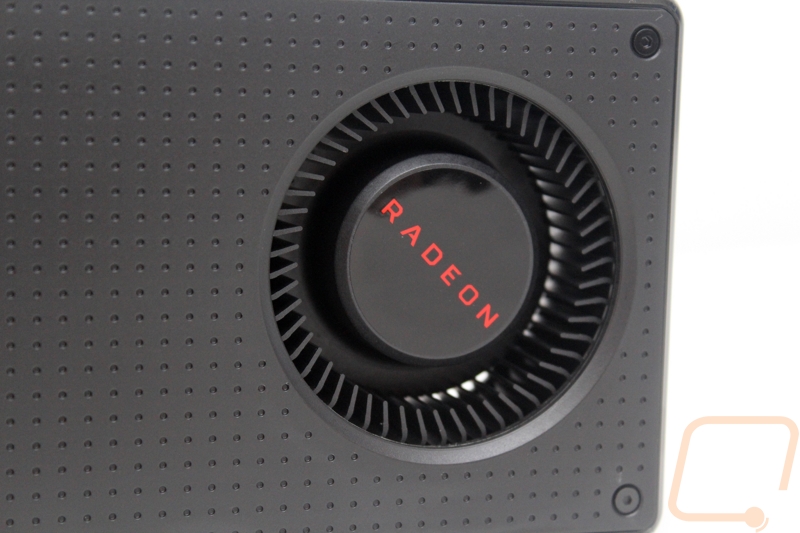 Being a blower cooling design the reference cooler on the RX 480 also has a sealed top, bottom, and end. The top of the card does have another Radeon logo on it, but those looking to show off their team red love might be disappointed it's not backlit. 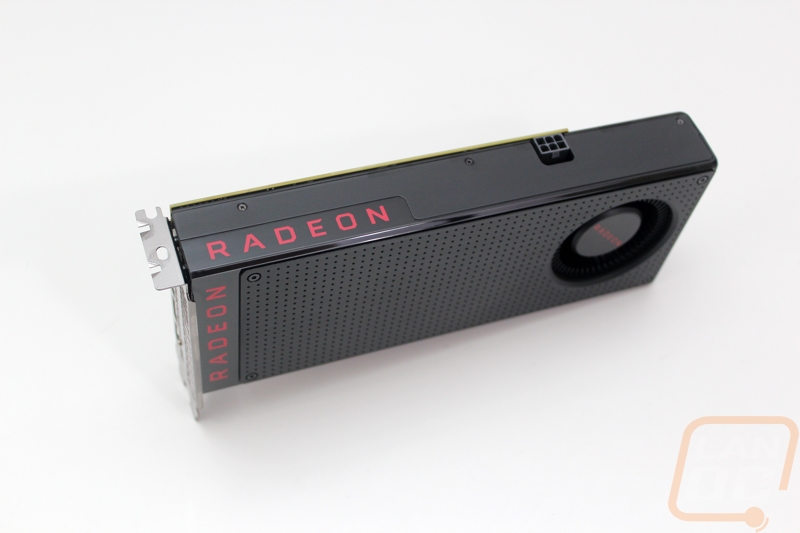 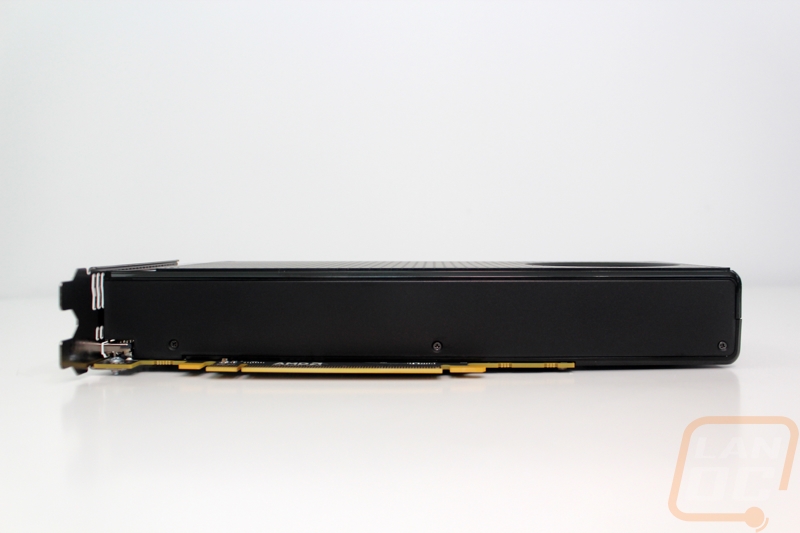 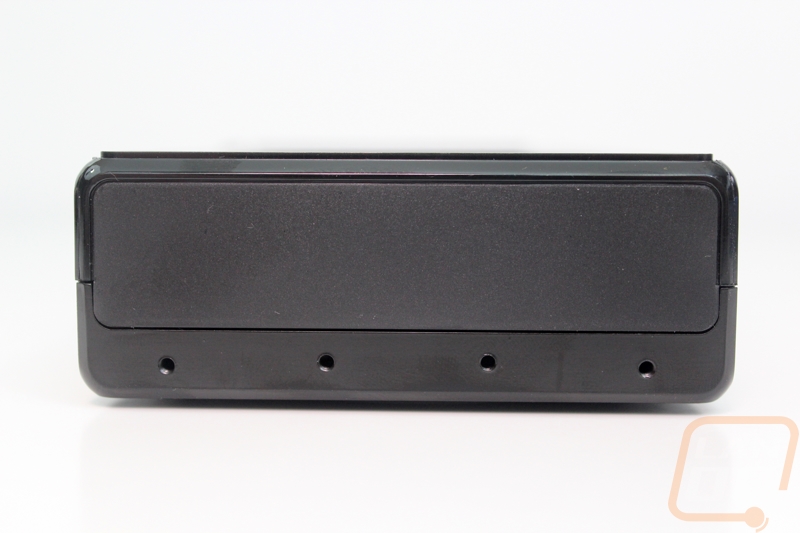 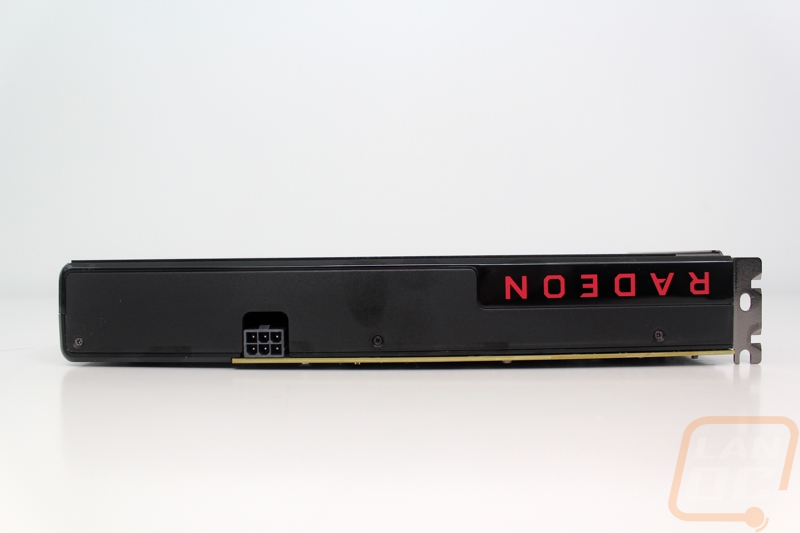 To handle the RX 480’s 150-watt TDP they only had to use a single 6-pin power connection. That said it is in a bit of a strange place. Due to a shorter PCB, the power connection is about 3 inches towards the middle of the card. 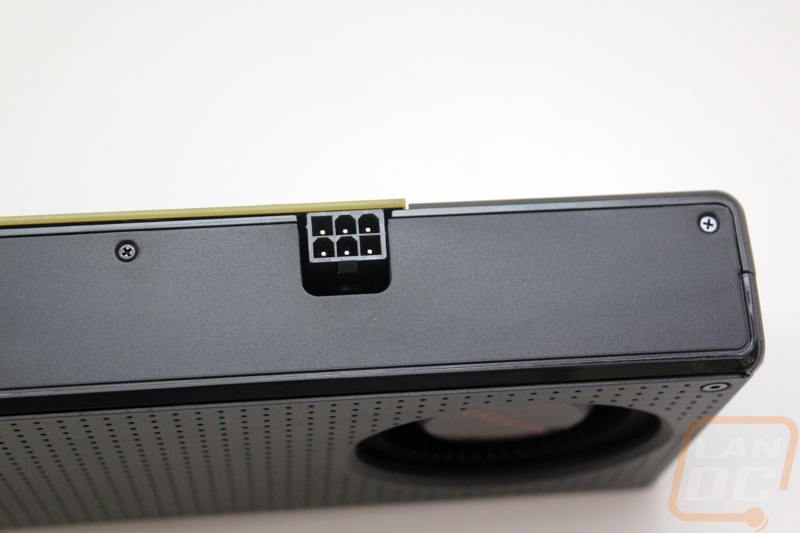 Flipping the card around we can better see what is going on. Much like a few of the mid-range Nvidia cards the RX 480 has a PCB that is shorter than the length of the cooler. The cooler lines up perfectly with the PCB and the backplate are of the cooler is actually metal as opposed to the rest of the cooler. They do this when going shorter on the cooler would mean bad cooling performance. The shorter PCB actually helps with the cooling because they are able to pull fresh air in from the back of the card as well as the front. In addition to that, this design means the fan doesn’t have to sit above anything. When laying everything out on a PCB they normally have to put the fan above things that aren’t going to get warm because there isn’t room for a heatsink between the fan and the PCB. This shorter PCB design also means we will most likely see aftermarket cards that are shorter, so SFF guys (like myself) will have a good option on the AMD side of things to pick from. 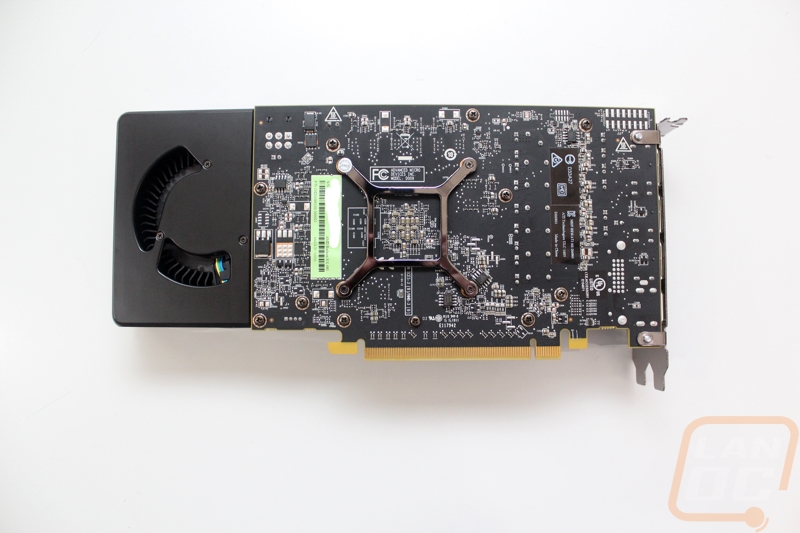 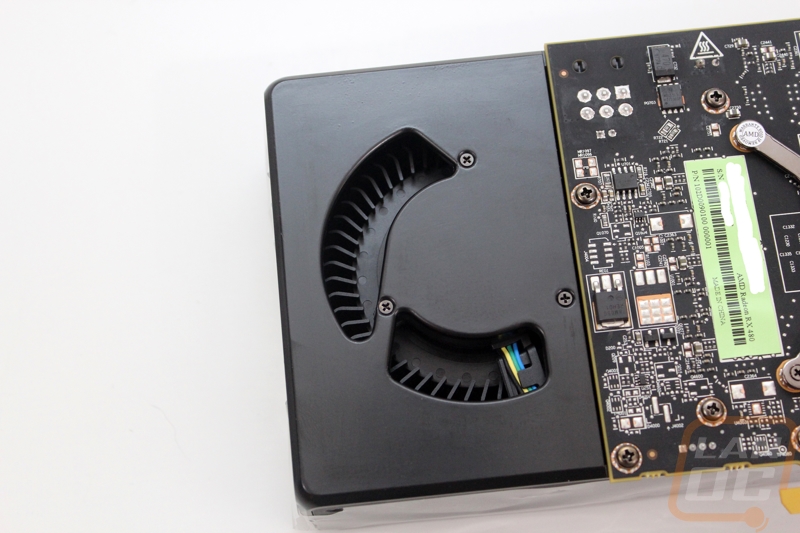 For display connections, AMD did change things up with the RX 480. They have completely dropped the DVI connection. It still has three full sized DisplayPort connections as well as an HDMI. These are the same as what I have been seeing on most cards recently but dropping the DVI connection could mean problems for some people. I suspect we will be seeing aftermarket cards with it still. It seems they dropped it to open up more room for cooling. The entire second PCI slot has a vent in it now as well as a shorter vent above all of the other connections. 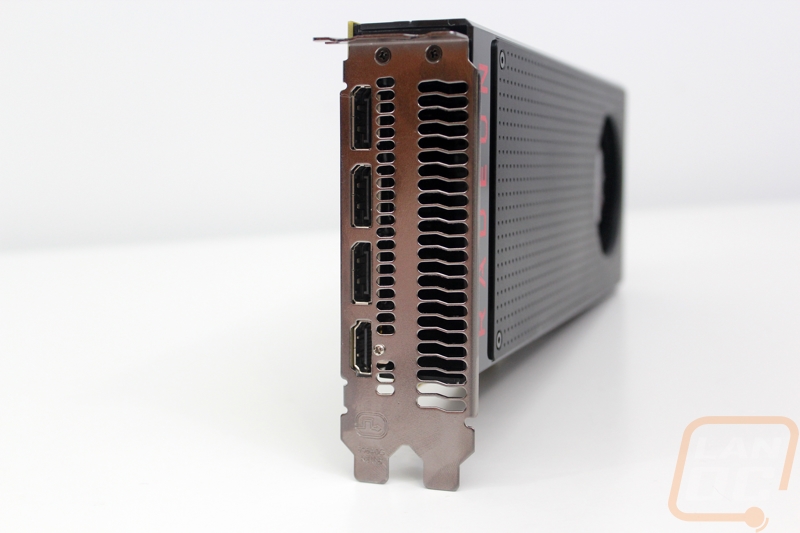 We have 1501 guests and no members online