Nvidia fans have had their fun with their recently introduced cards but in the middle of all of that, we have also been hearing more and more about Polaris, AMDs latest GPU architecture. Most of it was rumors, but at the beginning of this month AMD did host a Webcast at Computex and finally gave us some more information about it. The big news was that the new RX 480 was coming on June 29th, it will have impressively smooth VR, and its price would be $199. Well, I’ve had the RX 480 in the office for the last few days and today's the day that we can finally sit down and talk about how it performs. At its price point, we know that AMD isn’t looking to shake up the top of the charts, but it's clear they want to bring good performance to the mainstream gaming market. The high-end cards might be exciting, but this is the price range people are buying the most, I’m excited to find out if the RX 480 is worth all of the hype.

The RX 480 is going to be available in both 4GB and 8GB models and AMD reflected that in their sampling by sending out a random number of each out to the press. To make sure you know what our testing is with, I’ve also included a screenshot of our GPUz showing that our sample is an 8GB card. 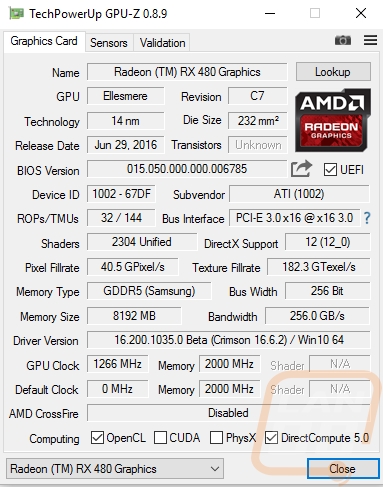 During AMD's webcast at Computex they started off their discussion with a focus on gamers who are buying video cards that range in price from $100 to $300, they say that 84% of gamers are buying cards in that range. Because of that, it’s no big shock that the first card they introduce in the new RX 400 series of cards would be focused directly in the middle of that range.

To get good performance at that price point they did have to make a few big changes with the new 4th generation GCN architecture. Like Nvidia with the new 1000 series cards, a lot of those improvements are focused on improving memory performance. They started with improvements in their shader efficiency for a 15% performance improvement. This includes turning the L2 cache behavior, increasing per wave instruction buffer size, instruction prefetch, as well as native support for FP16 and Int16. 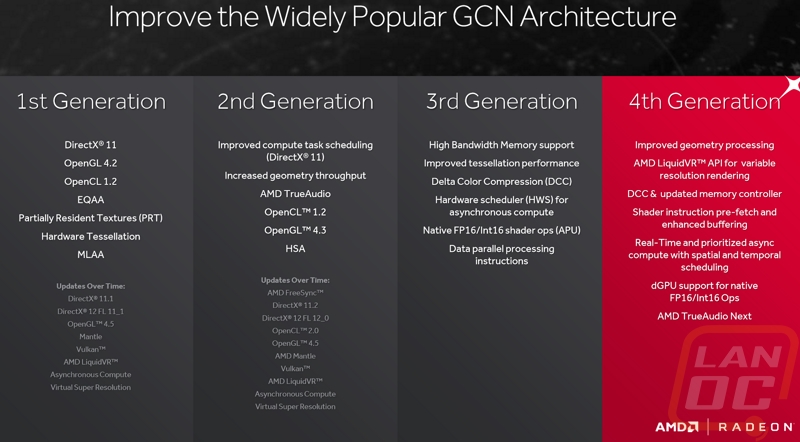 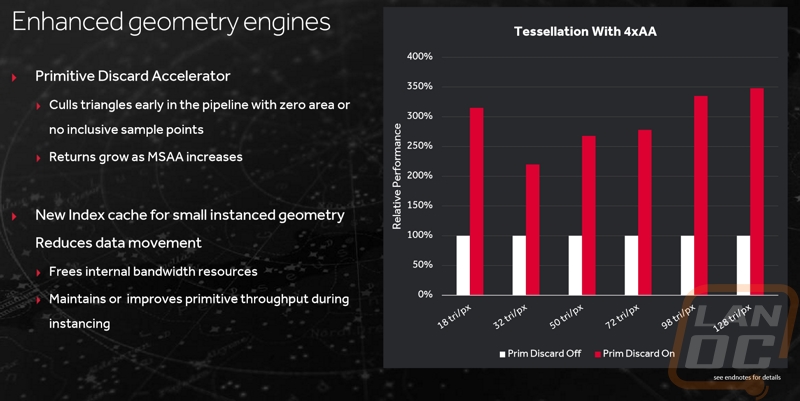 They also made improvements in the memory and delta color compression engines. Adding support for up to 8GBps memory to speed things up.

Moving to FinFET 14, or in other words, 14nm production size. This helps shrink the size of memory and also makes power circuitry smaller to help improve the efficiency. It might seem like things get smaller every year, but take a look at the dates for the die shrink moves in the photo below. The last shrink was all the way back in 2011, going to 14nm was a long process. Especially when compared to the gaps between the other shrinks. 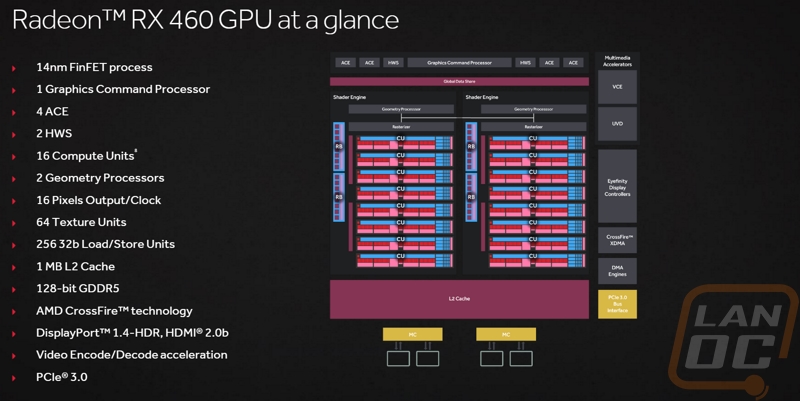