The PCS+ HD7870’s box was eye catching right away. The front of the box has a lot going on like the sports car with multiple effects radiating from the car like rays of light and even fire coming from the tires as well. All of that is framed in by a metal look where you will see the PowerColor logo up top and the PCS+ HD7870 logo down on the bottom. Around the front of the box there are also a few other details about the card. There is a logo showing 2 GB’s of GDDR5 and a list of the cards rear connections together. They also claim that the card is 15% more stable, 10% cooler, and 15% quieter. I’m not really sure what they are comparing to though. 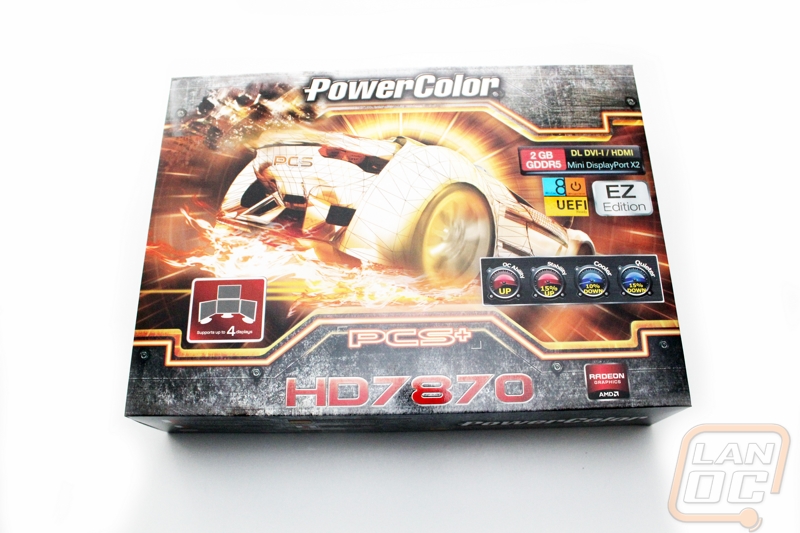 Around back there is a lot going on as well. There is a short and fairly general specification listing on the left side. They also talk about how the Digital PWN IC, DirectFET, and Ferrite Core Chokes help increase stability by 15% and improve the overclocking ability as well. On our box they did make a change to that section and when putting the stick on to cover up the old section they missed, so you see the “Gold Power Kit” logo twice. PowerColor has a rating system that rates the cards expected performance in gaming, video, and office use, the PCS+ HD7870 got 5/5 on video and office and a 4.5/5 on gaming. Under all of that there are a few pictures of the cards cooling design from both the outside and the inside. It’s nice to get a peek at the heatpipes and cooling fins, something you won’t see unless you take the card apart. One thing that was a little odd in this section, they point out the 92mm fan and have the correct pictures, but it also calls this a dual fan design. 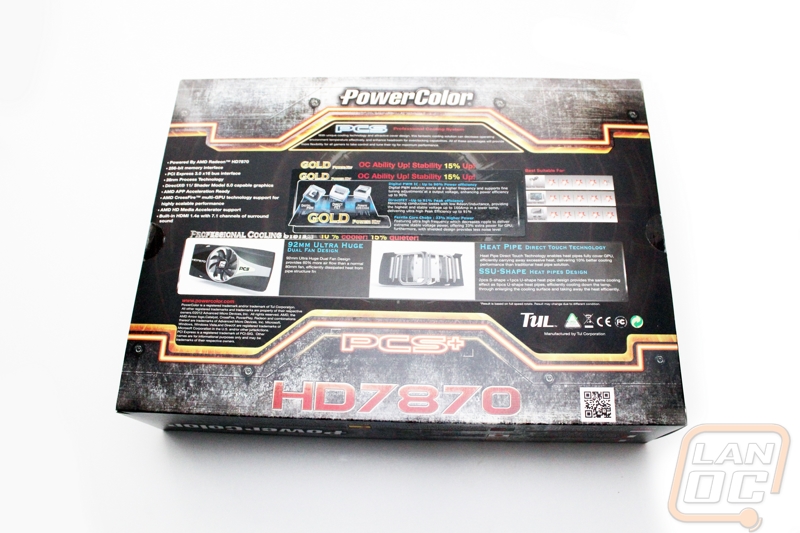 The inner box when opened up greats us with your drive disc right on top. Under the drivers and another layer of cardboard is our card all wrapped up in a static free bubble wrap bag. Unlike a lot of other cards, we didn’t find any special adapter cables or free HDMI cables with the PCS+ HD7870, they must have skipped out on those to keep costs down. Most people won’t need them, but if you do it will cost you a little more to go pick them up or they may cost you a favor to get them from a friend. 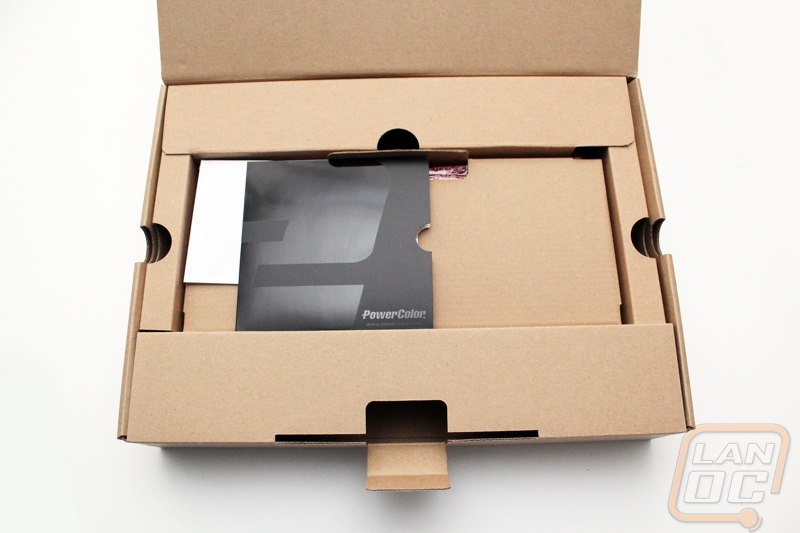 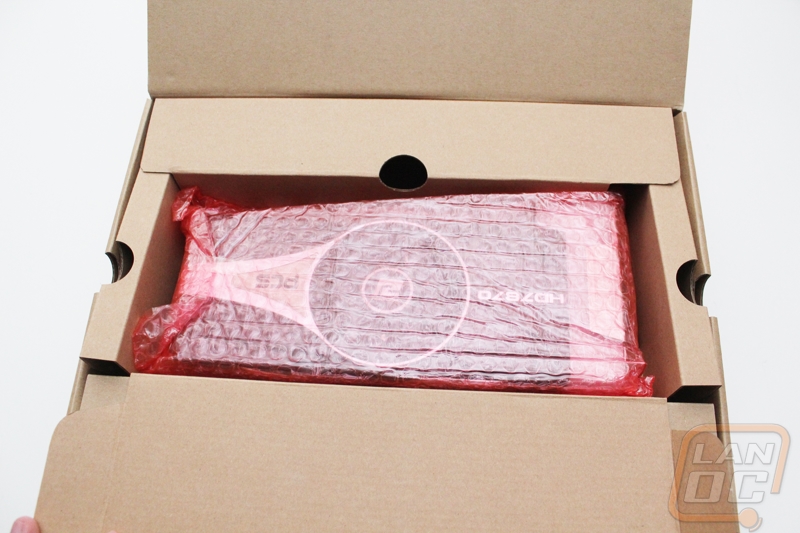 Another interesting thing we came across when pulling out the card. To keep things from moving around they packed a piece of foam between the PCI backplate and the fan shroud. 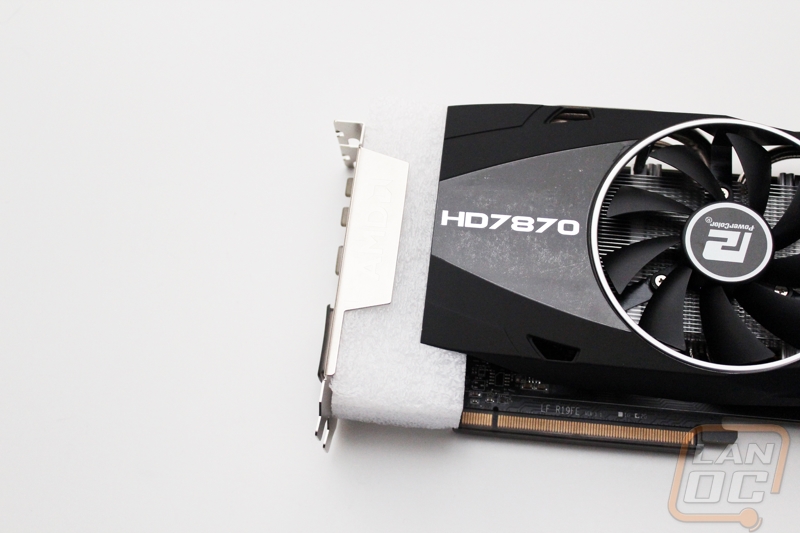