As much fun as it might be to play on three monitors using Eyefinity, the biggest hurdle to cost is the cost of three monitors, an Eyefinity enabled video card, and an active display port to DVI adapter. Two weeks ago I took a look at the HD5770 Flex from Sapphire that didn’t require an active adapter. Today AMD announced their newest active adapters, at 30% of the cost it should help keep the cost down.


When first sent me an HD5870 to test I was excited to give Eyefinity to the test. Unfortunately I didn’t have an active adapter to take advantage of the display port for a third DVI port. Because of that, I was very excited to see ATI’s new low cost adapter show up at my door. 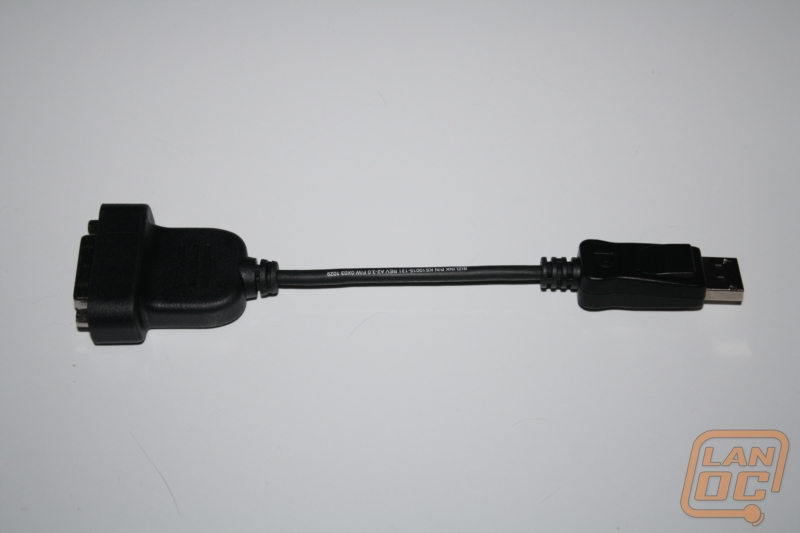 Compared to the original adapters, that are still available, the new active DisplayPort to Single-Link DVI adapters lack the need for extra power. The cable itself is fully DPCP/HDCP compliant and is limited to a resolution of up to 1920x1200. This means you won’t be running three 30 inch monitors with this adapter. Installing it required no software and was plug in play. The best part is anyone who has an HD 5000 series video card from ATI can put this to use.

With over 20 Validated games and 25+ Eyefinity ready games I jumped into a few rounds of a few of my favorite games, Dirt 2, Grid, and Battlefield Bad Company 2. In each case running Eyefinity added to the gaming experience. It was great to see what is going on, both on my left and right without having to move my mouse away from my enemy. 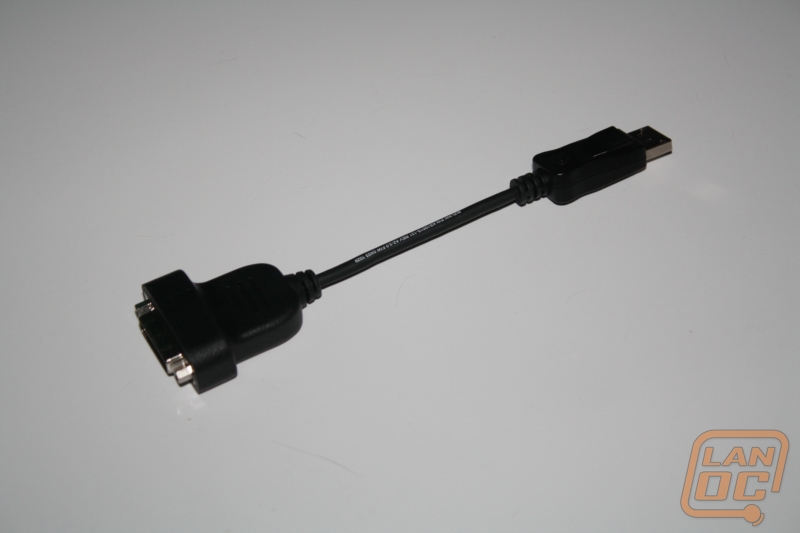 I opened this article mentioning that this new adapter comes in at 30% of the cost of a normal powered active adapter. What does that mean to your pocketbook? The adapter comes in at an affordable MSRP of $29.99, much cheaper than a display port monitor. That means that save for picking up two more monitors, Eyefinity is affordable for almost everyone. If you are looking to do that on the cheap, I would recommend that you take a look back to our friends over at geeks.com where you can pick up three of the same monitor that we used in testing for under $480. You could be running a resolution of 5760 by 1080 on the cheap!

You might call him obsessed or just a hardcore geek. Wes's obsession with gaming hardware and gadgets isn't anything new, he could be found taking things apart even as a child. When not poking around in PC's he can be found playing League of Legends, Awesomenauts, or Civilization 5 or watching a wide variety of TV shows and Movies. A car guy at heart, the same things that draw him into tweaking cars apply when building good looking fast computers. If you are interested in writing for Wes here at LanOC you can reach out to him directly using our contact form.
Discuss this article
Log in to comment
Posts in discussion: Eyefinity for Budget minded gamers