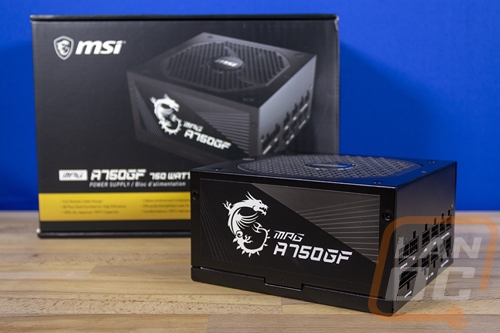 The overall look of the MPG A750GF has a standard power supply housing, there aren’t any rounded corners or other unique features. Then for styling, they have the side sticker which has the MSI dragon logo then the MPG A750GF model name. They went with black for the background, white for the logo and model name, and in the top right corner of the sticker. Overall it's color neutral, the dragon is a little much for my personal styling but I love there aren’t any bright colors. The MPG power supplies are available in three capacities, 650 watts, 750 watts, and 850 watts which is the full range for most gaming PC needs other than maybe a 550 watt for budget builds. 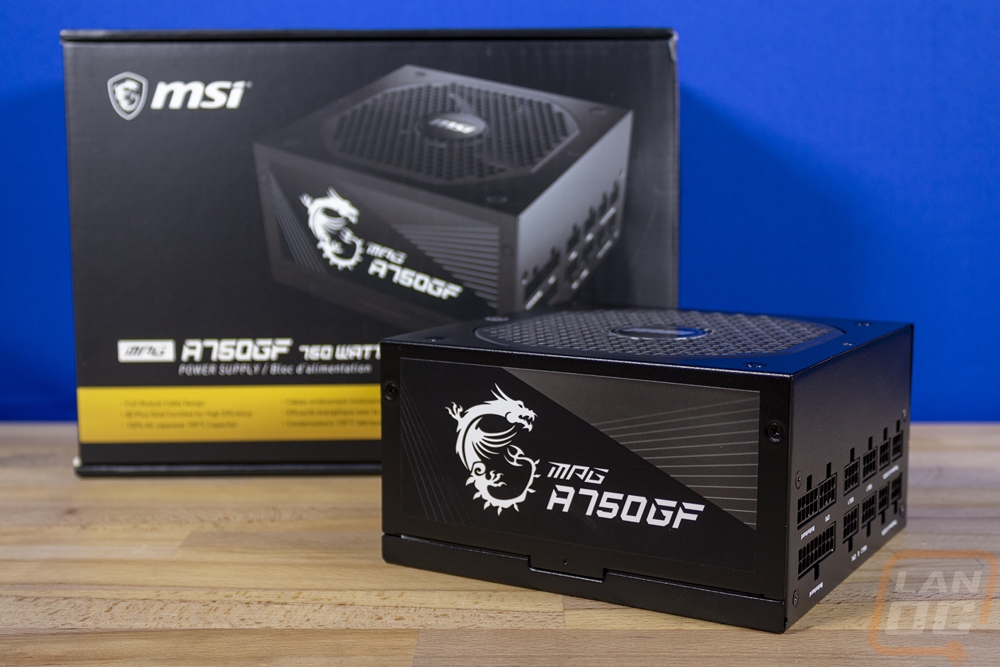 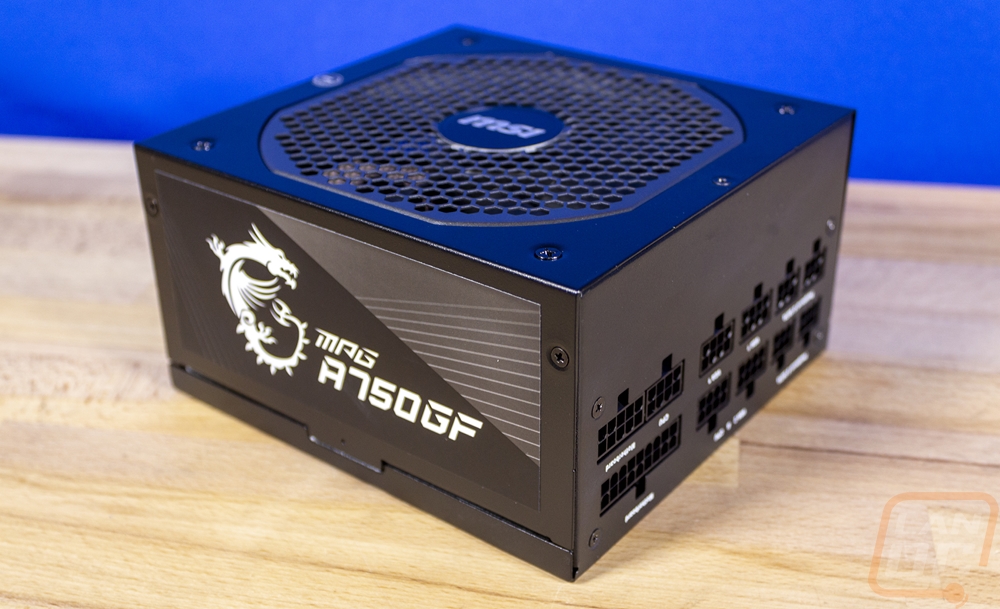 The MPG A750GF is a standard ATX power supply with its 150mm width and 86mm height. As for its length, it didn’t quite reach the 1 to 1 ratio with its length being a touch longer than the width at 160mm long. That isn’t too bad though and would still be considered a short ATX power supply that should fit into any ATX build. 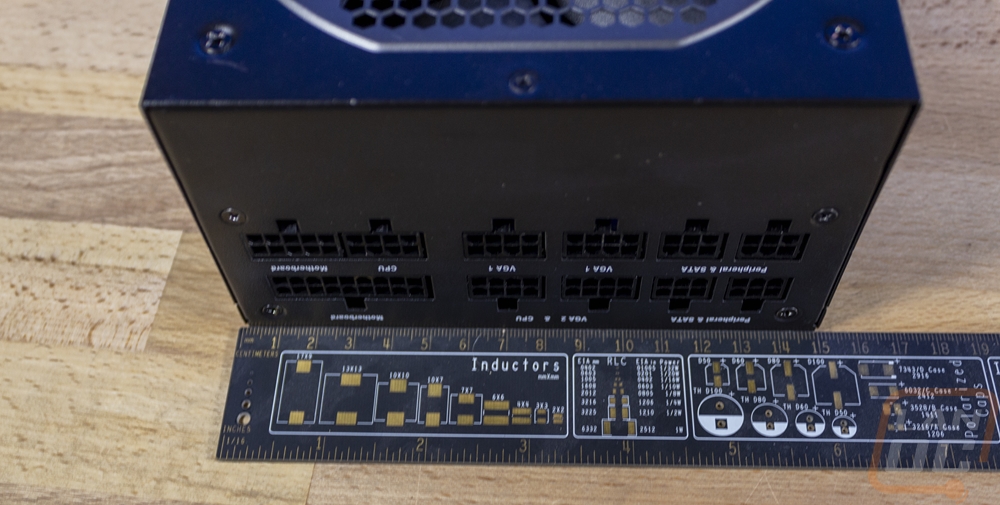 Here is another look at the side stickers that MSI went with. One side faces up and the other faces down and they are otherwise the same. This is to make sure the branding is facing out even if you have to flip the PSU and have the fan on the inside of the case.

MSI set the MPG A750GF up with modular cables. The inside end has 11 connections for the cables. Each is labeled to let you know what cable it goes with. On the left side of our picture, the 24-pin motherboard cable is split up into two connections which help also include signal cables. The first CPU plug is tucked up right next to the motherboard plugs. That is the only dedicated CPU power plug. The second is shared. There are four PCIe/VGA connections. There are two dedicated then the other two also share a space with the second CPU power cable. This does mean if you need to use all four of the PCI cables you wouldn’t be able to run a second CPU power. But that is highly unlikely given that two of the PCI cables are dual plug. Which means to use up all four plugs you would be using six total plugs. Then over on the right, you have four plugs for the peripheral cables (SATA and Molex). That one is a little weird with this PSU only coming with three peripheral cables, you would think they would have included the extra PCI/CPU plug so those don’t need to share a plug rather than including an extra peripheral plug.

The outside-facing end doesn’t have much going on at all. ¾ of the back is perforated for the exhaust airflow on the fan. Then in the corner, they have the power plug and switch. The serial number is also under that, which means you can get to it without getting inside of your case if you have any issues. Which goes with MSIs 10 year warranty.

The top and bottom depending on which way you have the MPG A750GF orientated have a fan side and then a basic side. The basic side has a sticker with all of the normally required certifications on it. It also has a specification breakdown of the power allocation and they highlight the 80 Plus Gold certification next to that. The fan side is the only part of the entire power supply housing that steps away from the standard black box. The fan grill is panted with a darker grey finish and is sheet metal with hexagon-shaped cutouts. Then in the center, it has an MSI logo. The fan fills up the entire housing and looks to be 140mm. 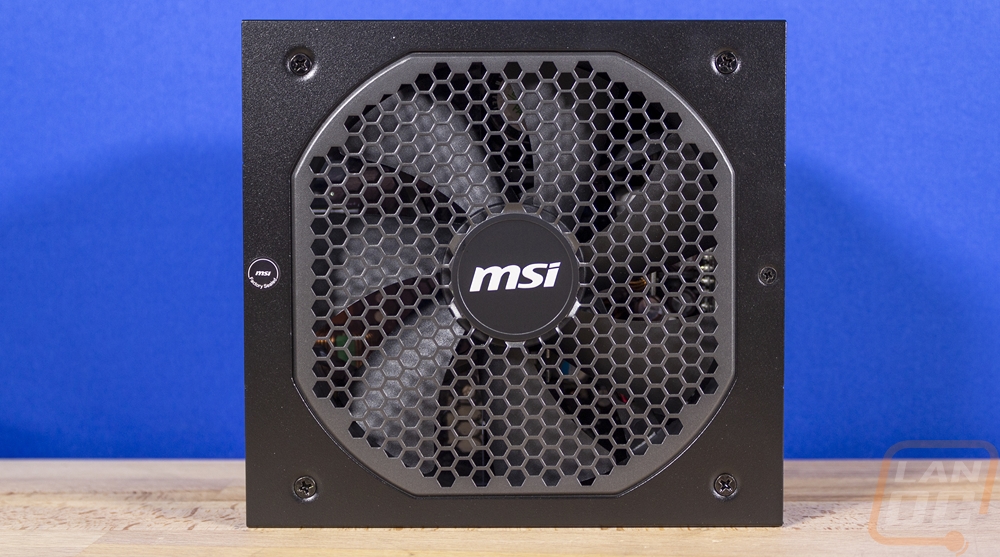 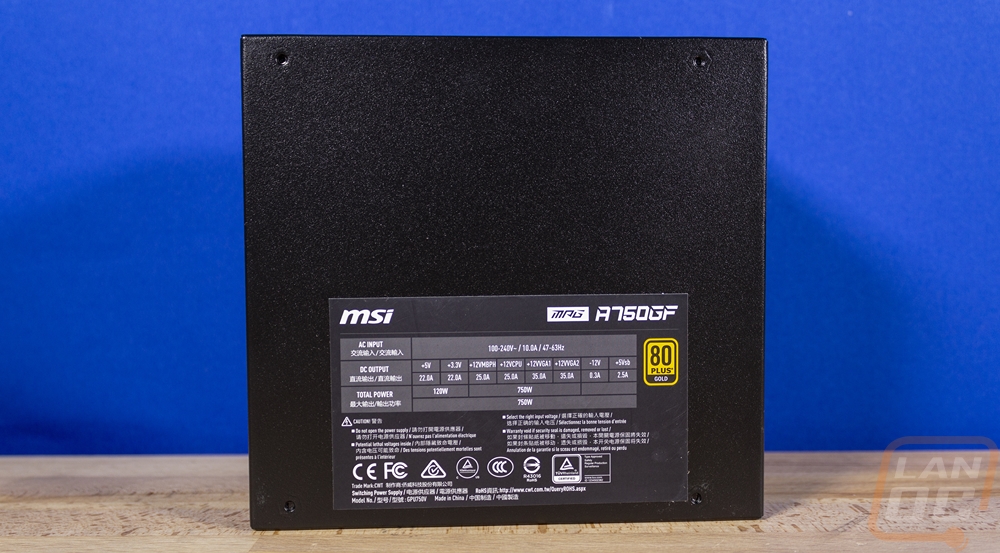 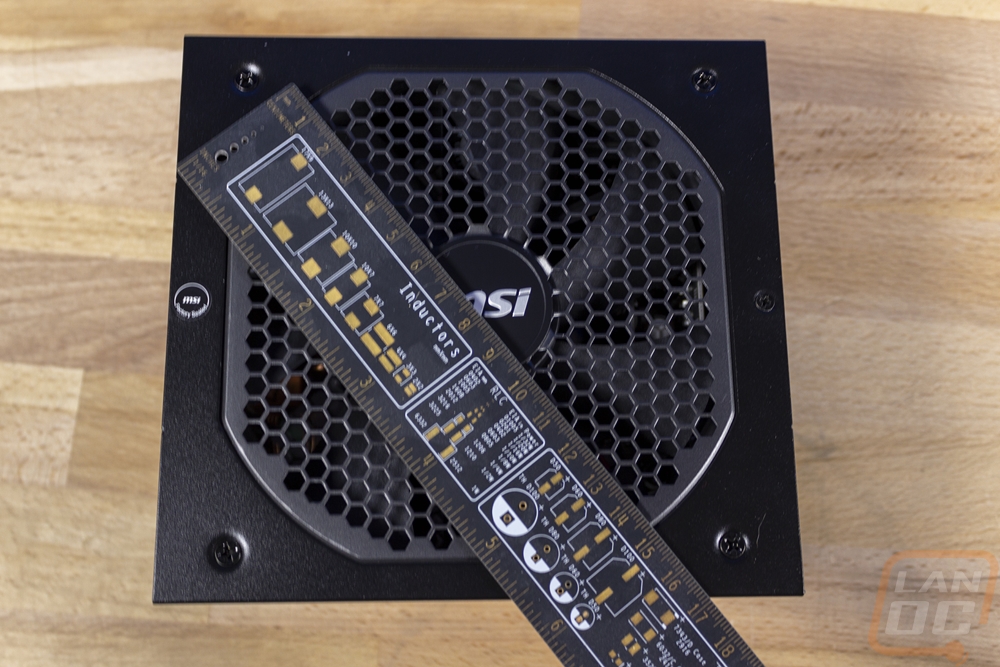 With a lot of companies dropping the cable bags, I was really happy to see MSI didn’t follow that trend. It is your standard heavy-duty cable bag with Velcro and has the MSI cable dragon logo in the bottom corner which helps let you know which power supply this is for if you have more than one bag laying around. Though I would still recommend tossing a paper inside with the exact model. Inside the cables come in a plastic bag alongside a small bag with the four black mounting screws. You also get a standard US NEMA 5-15P to C13 power cable. 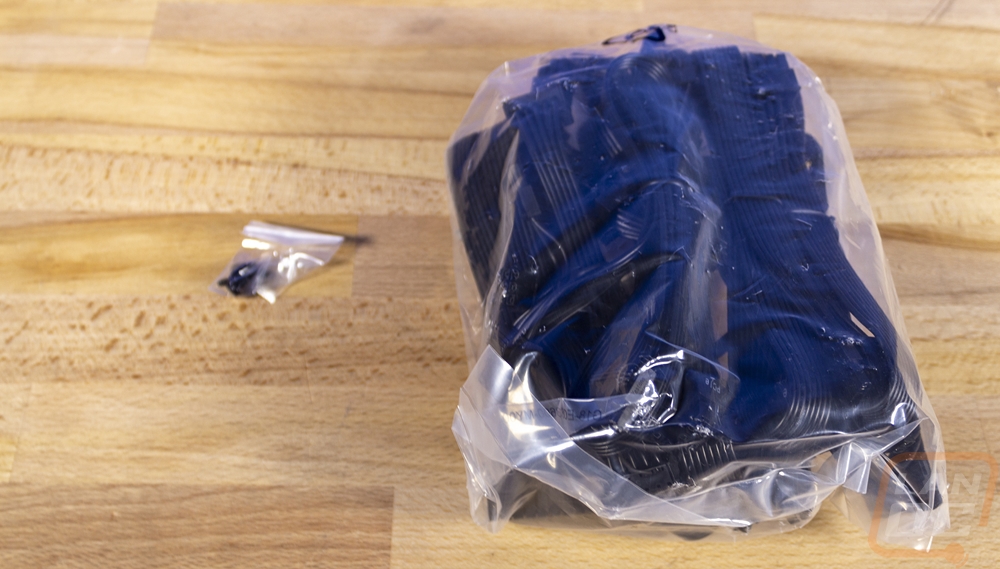 With the cables out of the bag, they are all blacked out with black cables and plugs. MSI went with the thin flexible flat cables for ALL of the cables as well. A lot of companies have been sleeving their 24-pin cables on top of the flat cables which I’m not a fan of and MSI didn’t do that. These will be easy to move around, fit behind things, and fold up to shorten long cables. Speaking of long cables, the three peripheral cables are surprisingly long. Both of the SATA cables have four SATA plugs on them starting at around the 20-inch point and are 39+ inches long. Then the Molex cable has four Molex connections and then an old floppy connection at the end.  But then the cable that I normally have the most trouble with on large cases (the 8-pin CPU power) is much shorter at 29 inches when it has to run behind the motherboard then up and over to the top plug. The 24-pin motherboard power is 25 inches which is about right. The four PCIe cables are interesting as well. Most power supplies either go all in on single plug cables or just have dual plug cables. Having two of each is interesting and also opens up options. They are all at 21 inches for the first plug then the two cables with extra plugs have 6 more inches. All six plugs are a 6+2 design that covers both 6-pin and 8-pin connections.

We have 1352 guests and one member online