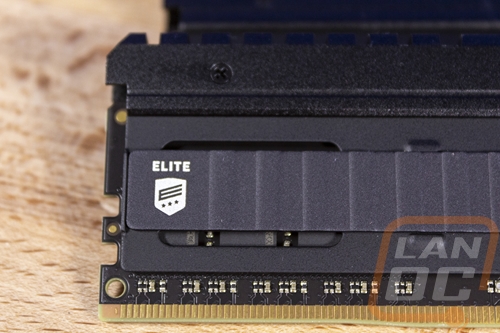 Now we know the Ballistix Elite 4000MHz kit looks the same as the other Elite kit that I tested, but what sets this kit apart is the clock speed changes. So I put the kit thought our normal memory benchmarks to see how it performed. I also changed our testing platform over to X570 with the 3900X which I think is a better fit for what people are building with right now and it is also our GPU test bench so the consistency is nice. Ryzen is a lot more dependent on memory performance as well and in the past, it has been more finicky with making sure kits work well on it. For this batch of testing I booted into the BIOS and ran the testing with the XMP settings to get that 4000 MHz clock speed and 18-19-19-39 timings.

My first tests were in AIDA64 where I took a look at overall memory read, write, and copy speeds along with latency as well. With the new test platform, I didn’t have ALL of the memory I have tested lately but I did test the Ballistix Elite kit against a few other kits, all with the same 16GB capacity in a dual channel 8x2GB configuration which is a really common setup. The Elite kit did well, coming in right with the Viper kit for read speeds and at the top for write and copy performance. Copy especially shows the performance gap that clock speeds can offer where you can see big jumps as the clock speed goes up. Latency, on the other hand, sues both clock speeds and timings and that put the Viper Steel kit out ahead with its much lower timings even though the Elite kit is a little faster on clock speeds.

I took a look at Cinebench performance to see how different memory kits can affect the test results. I actually tested using both the R15 and the newer R20 tests but they were similar. 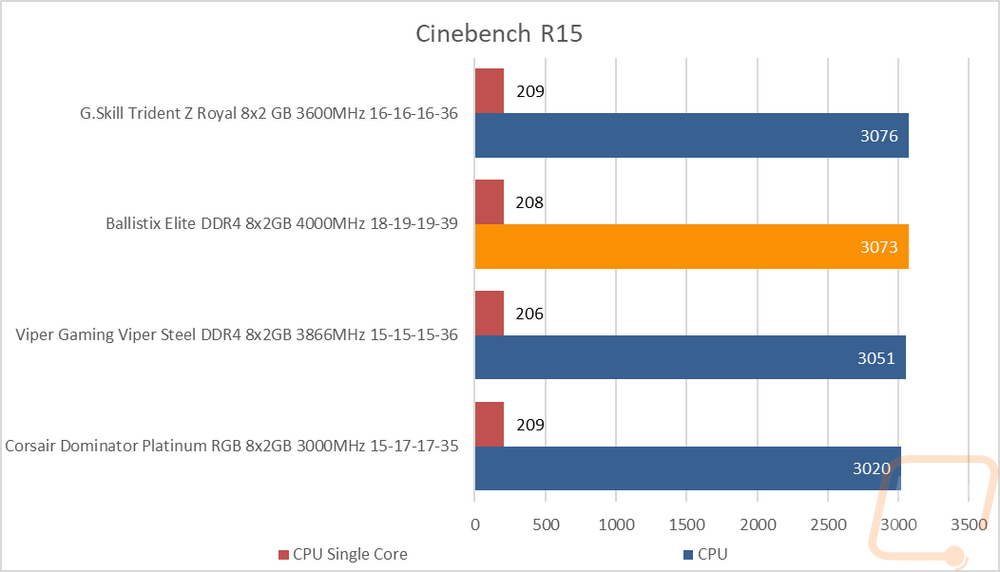 Then lastly the Passmark Performance Test 9 test combines all of their tests into one memory score. The Z Royal being out significantly ahead on this one doesn’t make much sense though, but I did run the tests a few times. Beyond that result, the clock speeds seem to be favored over timings which have the Elite kit ahead of the other two kits tested.

While testing at stock speeds I also used AIDA64’s stress test to load the memory up over almost an hour and do thermal images to see how the thick heatspreaders would handle things. The hottest areas on the memory are still the gaps in the sides where the PCB/chips are visible. But the heat that does reach the heatspreader does a good job of keeping cool. The top of the memory runs cooler than the sides, showing at least some heat dissipation. 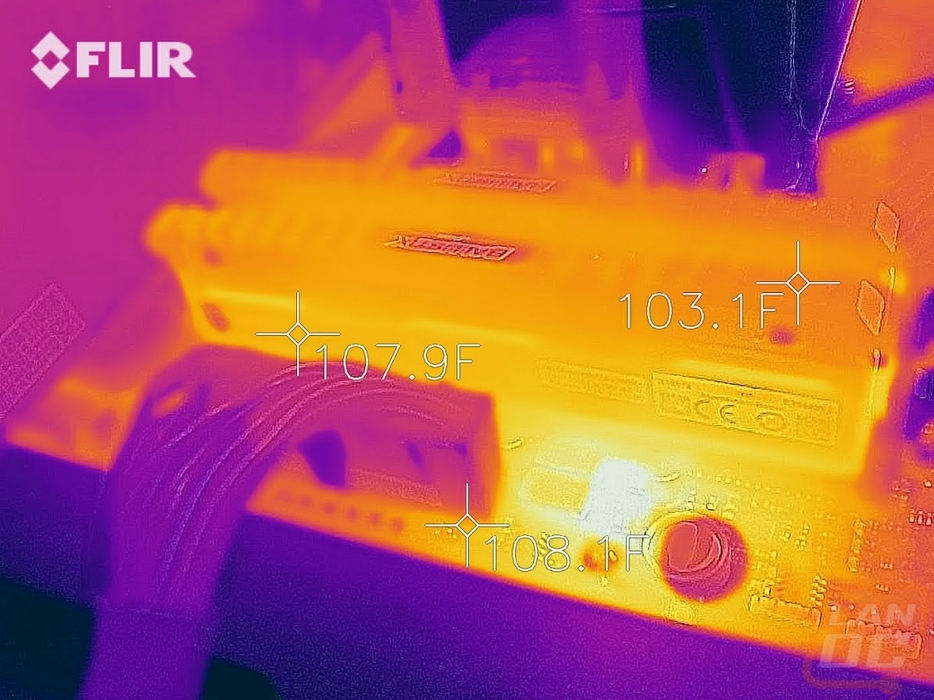