Technology is rapidly evolving both in the gaming computer arena, as well as in many workstations. This evolution has created a slowly increasing demand for multiple monitor support. For those of you who have been running multiple monitors, like me, one of the biggest challenges is fitting them all on my desk. Another issue that is just as important is running multiple monitors without cluttering up your work area. The only way to do that is to do it with a multi monitor stand. Our friends over at Ergotron have been great to us and our friends with support for LANs. Today we have a chance to take a closer look at one of their stands to see what it’s all about, the LX Triple Display Lift Stand.

Blizzcon, the annual game fest celebrating all things Blizzard Entertainment has been going on since 2005. In my list of gaming events I want to (or have already) attended, it is up there with the likes of Comicon, Quakecon, and DreamHack. Unlike QC, this event is not free, so one must purchase a ticket during a limited sale. I attempted to purchase a ticket in 2010 and was not lucky enough to get one before they all sold out.

You’ve seen “Gaming Glasses” before advertised around LAN party’s for the last few years but are they really worth it? We took a look at a pair of Gunners a while back HERE. The Gamers Edge and iVisionwear glasses are a cheaper alternative to your more expensive glasses. With many different configurations and style’s, they might just be what your looking for to gain that little edge that you need at your next LAN or gaming session. With two samples in for review we should be able to get a good idea of how well the lower priced Gamers Edge and iVisionwear glasses perform.

Nearly five years ago when we hosted our first LAN party we had no idea what to expect or any idea on how much it would grow in the future. Research online as far as what other LAN’s were using was one of the most helpful things. Because of that, as we prep for our 10th event I wanted to give everyone a look behind the scenes at our network. This should help give you an idea of what to start with if you plan on growing in the future.

We try to make it out to as many LAN’s as possible every year on top of our own events. Because of that we have had a strong interest in finding different ways to make packing up your rig to make going to LAN’s easier. In the past we have taken a look at the difference between a SFF build and a laptop, looked at ways to pack your peripherals, and even a SFF build for my wife. The SFF build for my wife has been perfect, but none of our solutions have helped her be able to pack everything up easily and carry it all into a LAN in one trip. Thermaltake’s new dragon bag lets you pack everything but your PC in it, including your monitor. Finally a way to cut those loading and unloading trips down to one!

We had the chance to speak with Zotac USA's President Sean Tang about the past, current, and future direction of operations of ZOTAC. Not only that we had a chance to get a little insight on their interest in events like GeforceLAN and even LanOC. Click to find out what he had to say.

GeforceLAN 6 LANing on a boat

Hey guys sorry for the radio silence yesterday but I will give you guys a quick recap. We will be updating this post with our day to day coverage and also with links to other related coverage. Of course that is only if we come back. Gaming with 600+ people at one of the most epic events even could easily kill us, or cause us to go crazy. The good part is ether way it should be entertaining for you, the reader. Please post up and let us know what you think and even what you would like to see. If you do it soon enough we might even be able to help you out.

Earlier today, Apple announced the passing of Steve Jobs. If you visit Apple’s website or http://www.apple.com/stevejobs you will see Apple’s official statement on the incident.

This is a tragic day in the technology world. No one can argue the influence that Mr. Jobs has had on the technology industry, and the world would have been a much different place had he not existed. The man was a visionary.

The Mouse is Dead! Long Live the Mouse!

The Mouse is Dead!  Long Live the Mouse!

ate last week, Microsoft released the Windows Developer Preview, which is the first public release of anything relating to the project codenamed “Windows 8”.  This is the first look at what Microsoft really intends on doing with its next version of Windows.  It is designed to help application developers get their apps ready for the future of global computing.

This is a Mac user’s perspective…

Valve's Robin Walker had an interview with Develop Online today where he announced that Team Fortress 2 is now and will always be FREE. Being one of the biggest PC games in the past 10 years this is a big deal. It will be interesting to see how going free to play will affect future game play, but one thing is for sure. With free games popping up left and right, Steam is going to put up one hell of a fight to competition like EA's Origin.

Update, here is the video from valve

The PC Frank Lloyd Wright would have used

Jeffrey Stephenson AKA: slipperyskip is no stranger to getting attention for his PC mods. A quick glance at his website shows 12 modding contest wins, appearances at 11 different conferences, 14 different write-ups on endgadget and gizmodo, 13 different magazine write-up's, and even an appearance on television. I don't think there are many more people in the modding community that can say they have done half as much! The most impressive thing is that his modding style is completely different than what anyone else is doing. With each of his builds he experiments with different materials to create PC's that would easily blend right in to a home 40, 50, 60 or more years ago. His latest build is called Usonian and for anyone that is a fan of architecture you will have a good idea of what he had in mind.

You've built yourself a custom PC sparing no expense, you have two or three monitors setup on your desk, but yet something doesn’t feel right. That office chair you picked up just isn’t cutting it when compared to the rest of your setup. Up until now there just hasn’t been a chair that fits the bill and can truly be called 'epic'. A few years ago I spotted a chair that met those standards at PLAYSEAT’s booth and I wasted no time trying to get one in to check out. This November, after far too long in development, they offered that chair up for sale on their website. This has to be one of the coolest items we will cover all year, don't miss out!

Vector from over at PDXLan posted up what has to be one of the most entertaining build logs I have ever seen. I could easily see this becoming a trend with future build logs. I know I would love too see more! If you are getting ready to build or upgrade your PC, feel free to put together something creative like what Vector did. Post it up on our forums or send me an email via the Contact page and we will consider posting it up on our front page.

A quick preview at Gigabytes upcoming 6 series motherboards for sandy bridge CPU's. One word sums them up... SEXY. The new heatsink design is slick and out of the way, the black PCB on the P67A-UD3R would look at home in any gaming rig. Of course you will find all of the features you have come to expect like their USB 3.0, SATA 6, and triple power to the USB's for charging your ipod.

Marcello:I have laptop HP Pavilion dv7-2043cl. Recently I did an upgrade, I installed a Q9000 quadcore processor. I believe that the high temperature hit the video card (on board) ATI HD 4650 (has been repaired). I'm a gamer and I need you guys to indicate the best cooler for my profile. Please help me, I do not want to lose my laptop and my money.

Wes: Marcello, thanks for emailing us. Having put a collection of coolers to the test there is one thing that we have seen consistently. No matter the design, if it doesn't line up to the vents on the bottom of your laptop the cooler won't do any good. Because of that my highest recommendation goes to Cooler Master's Notepal U3. The U3's adjustable fan positions will come in handy and guarantee that you have the best cooling. 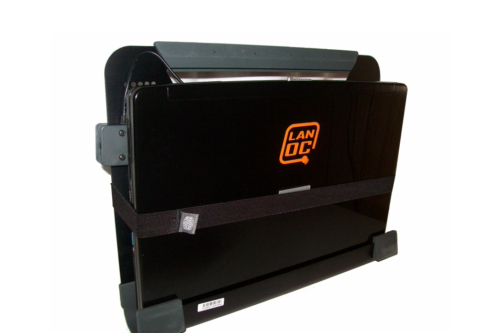 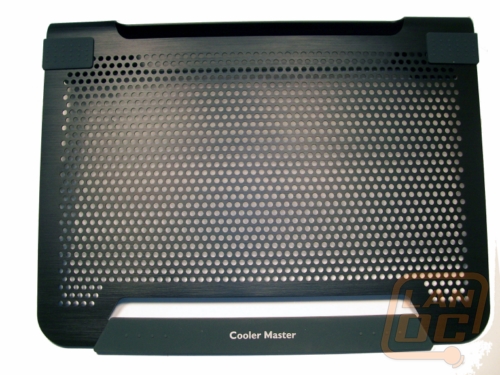 Recently, the folks over at EA and Digital Illusions CE allowed PC gamers to participate in open beta testing for the multiplayer component of EA's upcoming first-person shooter Medal of Honor (MoH). One of LanOC's editors was among these participants. His identity has been concealed for security purposes... Okay, it was Tim.

Immersing oneself seems to be the popular idea these days in the gaming industry, with 3-D and motion control climbing their way onto every platform. Debatable as they may be, they only aim to improve upon the senses already used in gaming. TN Games has taken a different approach, to introduce something new to your game: the ability to react depending on what you feel physically, with the Tactile Gaming Vest. Scary? Perhaps, especially when your editor volunteers you to try it out while he uses a rapid fire Barret Sniper Rifle.

This week, the largest LAN party in North America begins in Dallas, Texas. As gamers, we dream of being among the thousands of like-minded gamers enjoying the four-day marathon. As fellow LAN party organizers, we can only admire what the once thirty-some attendee event has become. A group of our more dedicated community members, known as Team Waffle Train, have had the pleasure of attending the monstrosity more than a few times, and a member from TWT has been kind enough to share his guide to survivng the 96-hours of geekdom.

We have 910 guests and one member online