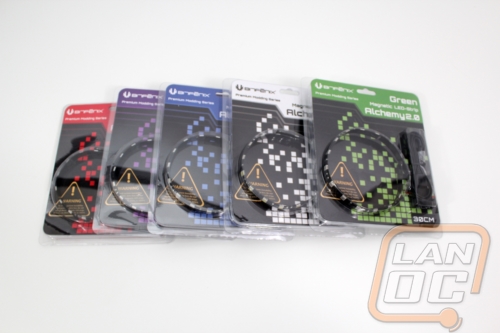 When case modding was getting started everyone who wanted to light up their PC turned to cold cathodes for lighting. Things progressed and we later saw LEDs starting in plastic pucks and then later on strips becoming popular. While I don’t use lighting in every build, I have used them in a few. A few years ago we even took a look at lighting options from Bit Fenix. At the time they were still a relatively new company and they were starting to expand their product lines. Well a few years later Bit Fenix reached out, excited to show off the latest version of their LED lighting, the Alchemy 2.0. This time around they dropped the adhesive and went with magnets to keep the lighting in place. Considering how much we liked their first kits, I couldn’t turn down taking a look at the new design. So today I’m going to take a quick look and find out what they are all about.

So there isn’t all that much to the packaging of the new lighting kits but this isn’t really anything different than any other lighting kit. The Alchemy 2.0’s are available in five different colors and also in different lengths. The packaging reflects this with the information card inside of the bubble plastic showing the lights colors and then in the bottom right corner you have the LED length. The light itself is wrapped up in a circle then to the right is the power cable. On the back they explin the magnet design and the modular cable design as well as the “TriBright” LED tech. To me though the most interesting thing on the back is the LanOC Recommended logo from our recommendation of the original design, we will have to wait and see how this kit performs to find out if they get the same as well. 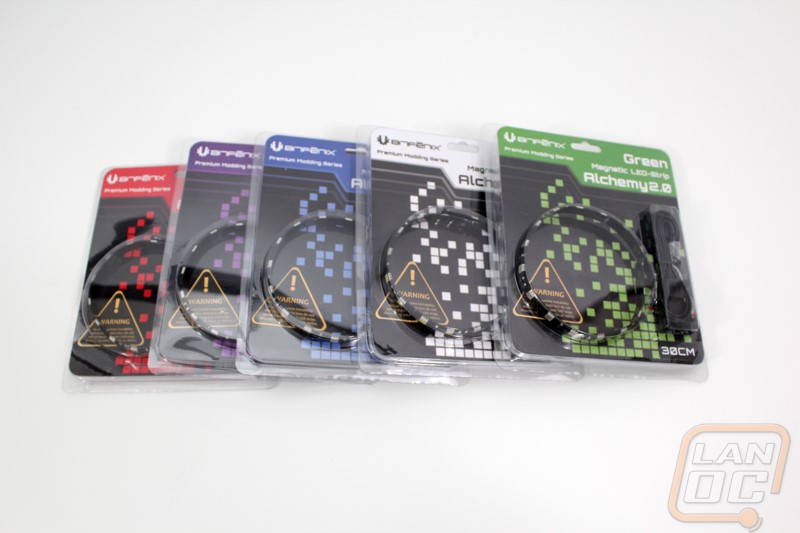 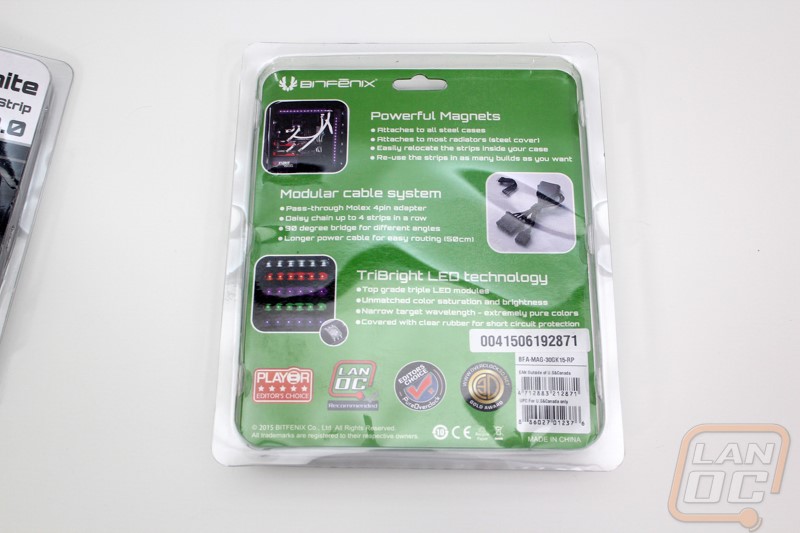 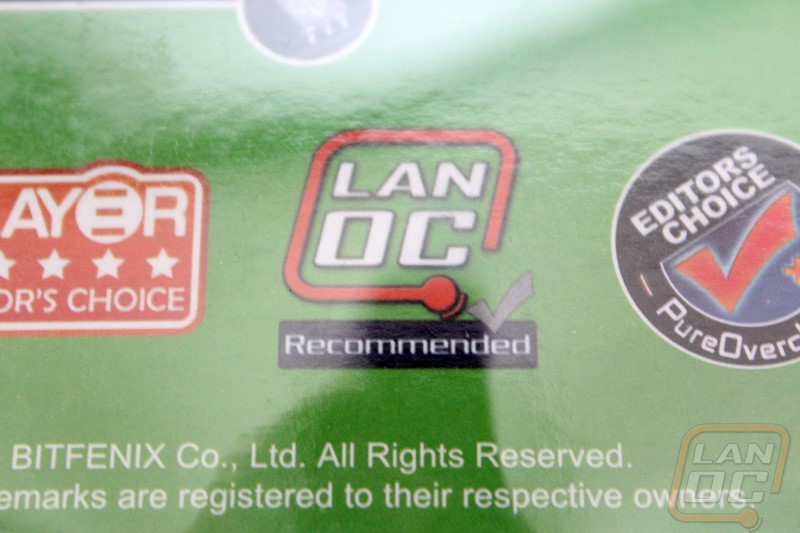 So there isn’t all that much to talk about with the Alchemy 2.0’s so I’ve combined what would normally be a few different sections of our reviews down into one. The entire setup consists of three parts, the LED strip, a Molex pass through power cable, and a tiny add in cable. At first glance this is all the same that you would see in past kits as well. Unlike in the past though the installation of the kit is a little easier. Basically assuming you have a steel case you can just slap the lighting in place wherever you want it and if needed you can remove it and adjust it until you get it just right. You hook up the Molex power cable and then run it to the lighting. The cable is really thin and easy to keep hidden 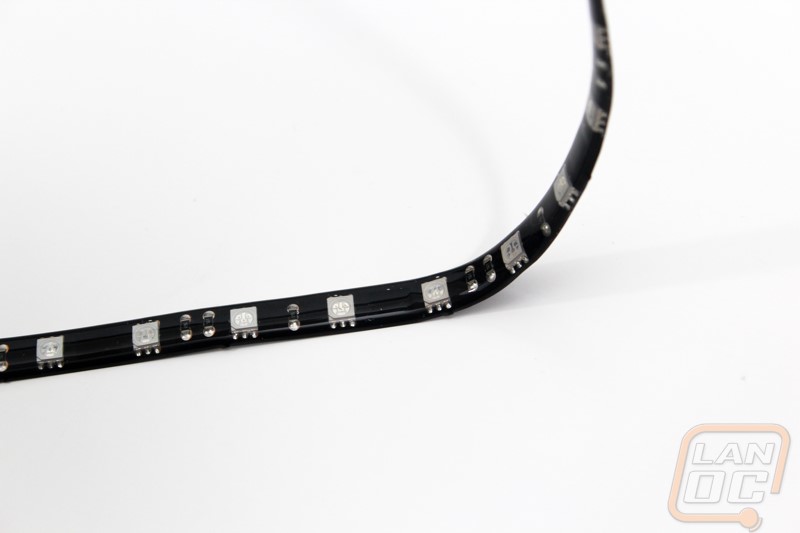 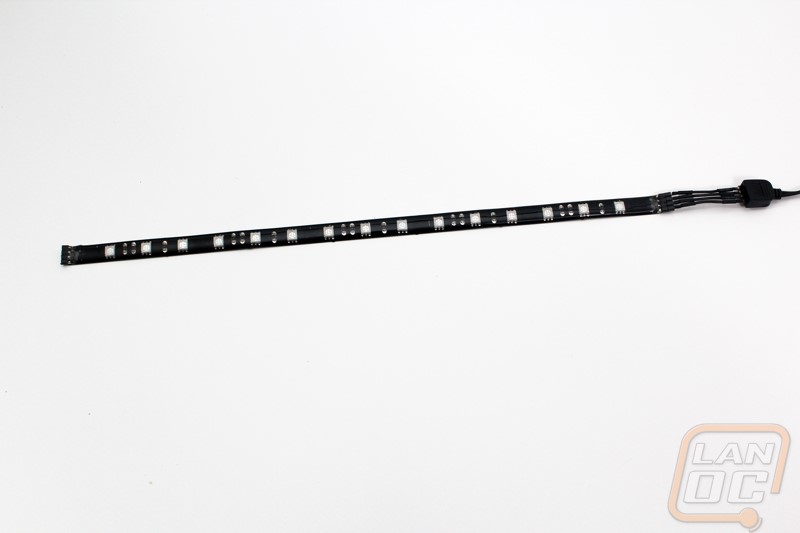 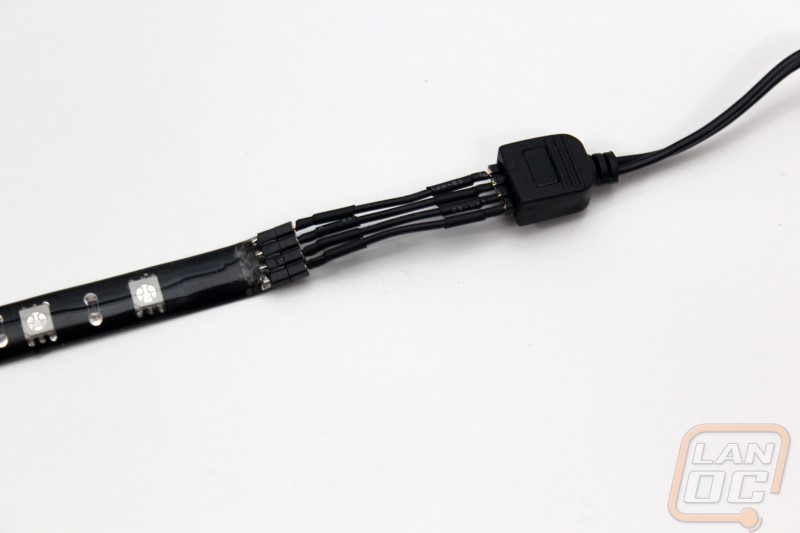 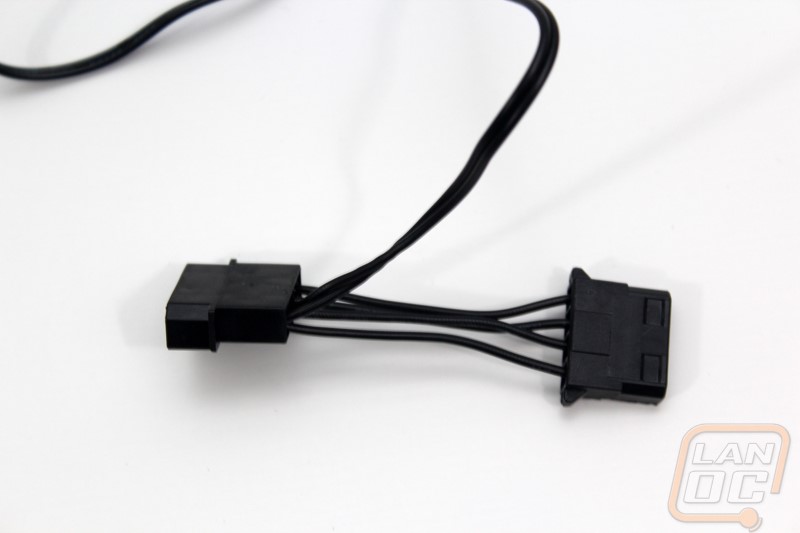 Hooking up multiple sets of LEDs just requires the use of the small double male ended adapter cable. Each end plugs into the LEDs and it pulls power from the kit hooked up to the Molex cable out to the others. You can hook up from color to color or even to an original Alchemy set if you want. In fact in most cases you can even daisy chain a Bit Fenix kit to a different brand as well. I used this option when hooking up all of the colors together for some of our testing as seen below. 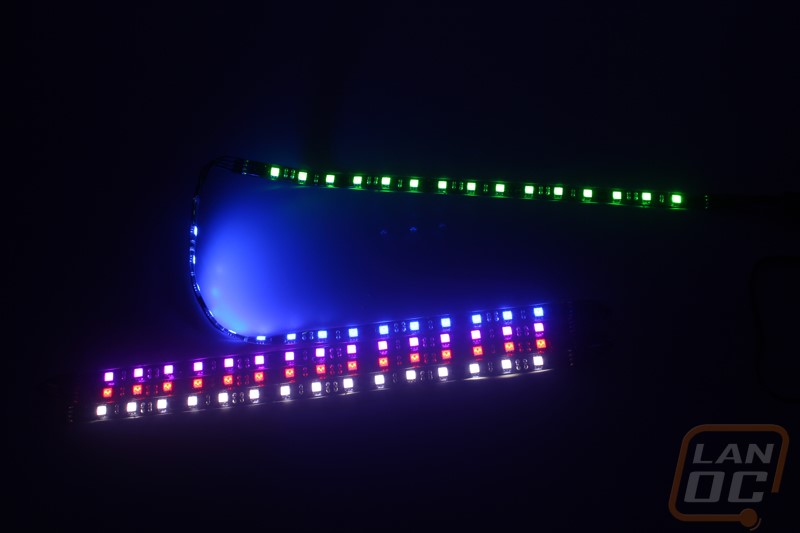 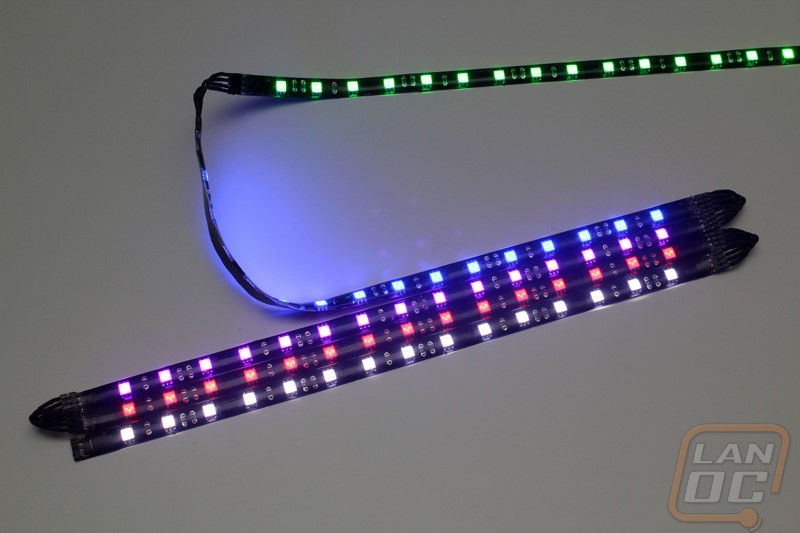 So for our testing I did a few things, first off I wanted to try to see all of the color options together. Sadly getting a good photo of this is much harder than I had planned so as you can see below the best photos of all of the colors together don’t show the glow at all, just the light coming out of the LED strips, the funny thing is the office was completely glowing with all five hooked up. 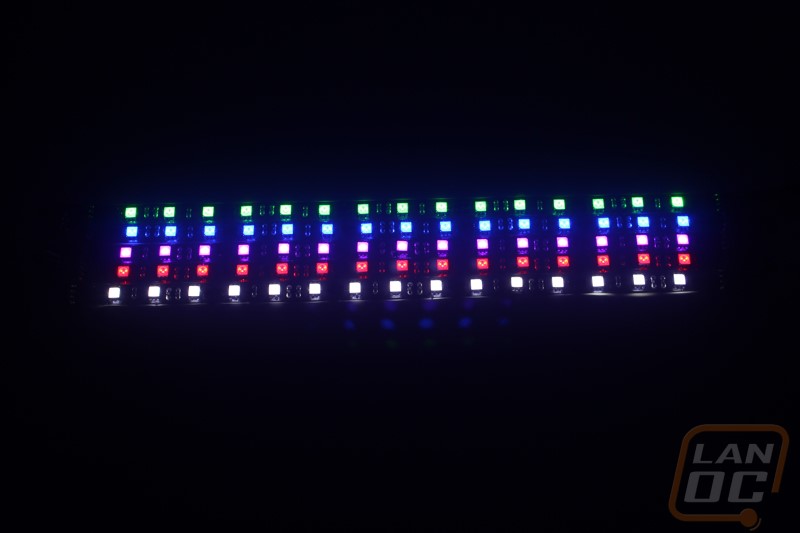 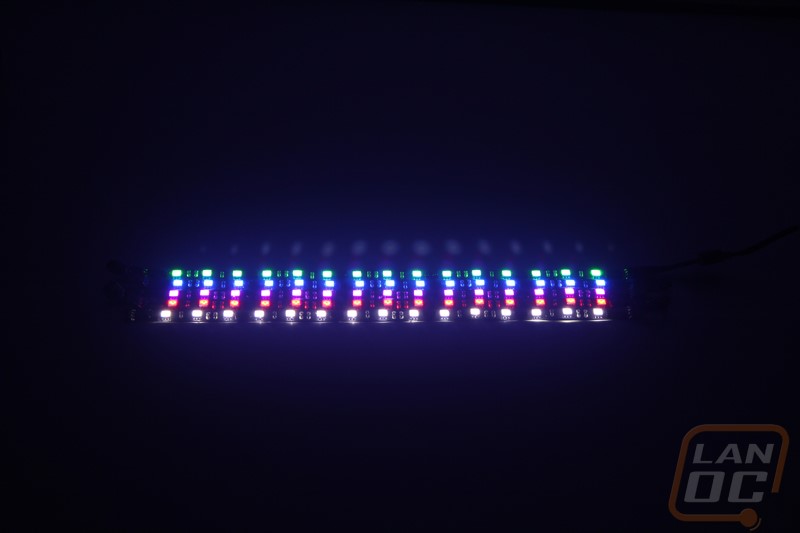 From there I tried installing the lighting in a few of our builds, in my main build it wouldn’t work as expected because the case is all aluminum. When I found a good case to install them into the photos didn’t really show exactly what it looked like in real life. So I ended up going with using one of the video cards I had sitting around and lighting up the cards individually to better show what you should expect for lighting performance from my experience. All five of the colors looked great although the red and the white really stood out for me. I do still really miss the inclusion of orange in the lighting kits though, but I think for most people that isn’t a big issue. 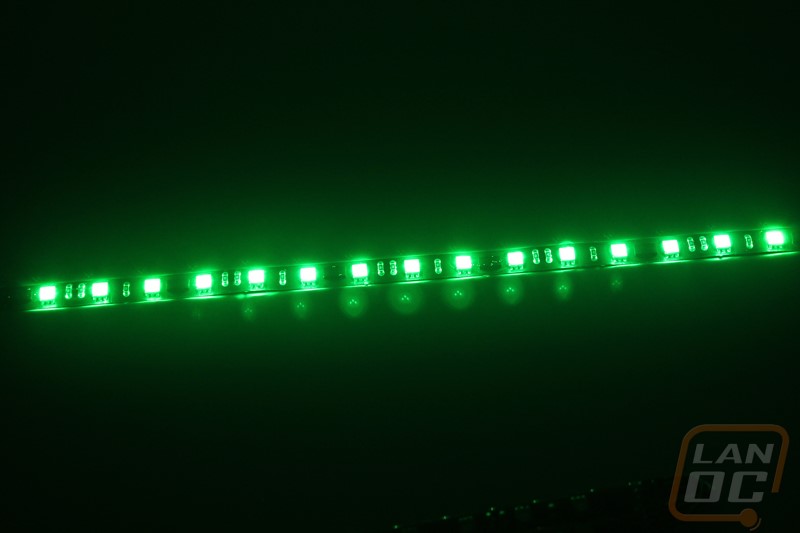 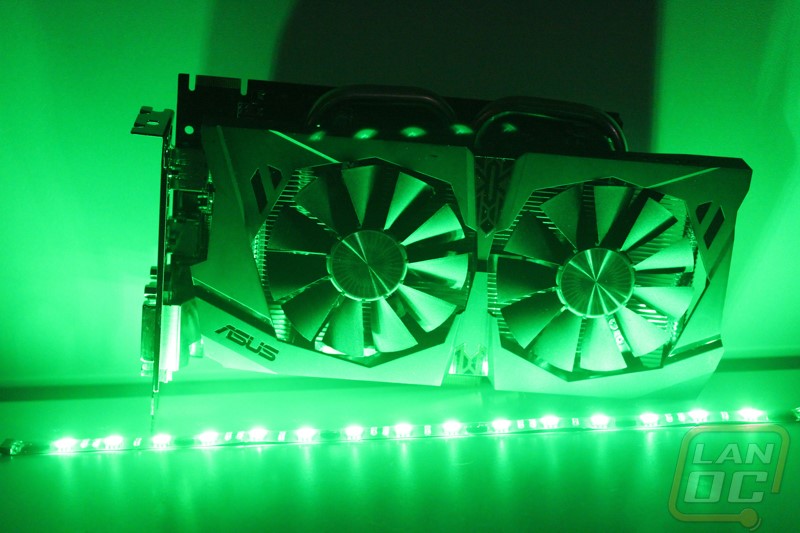 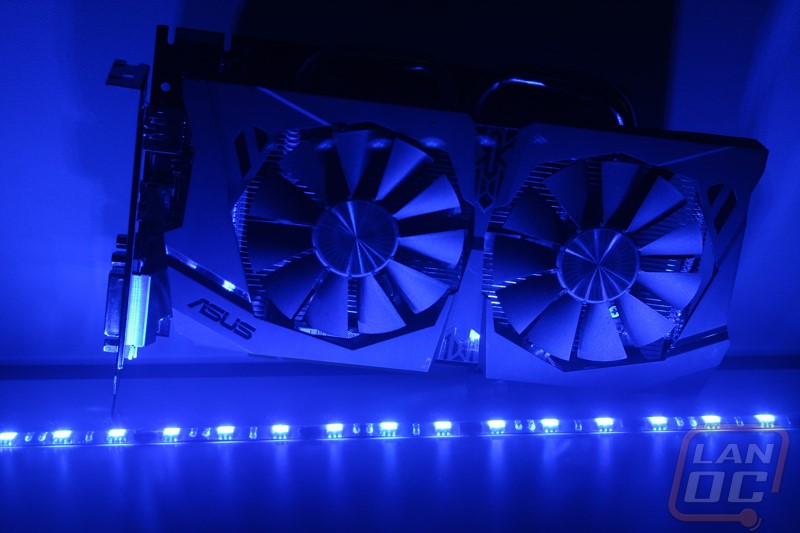 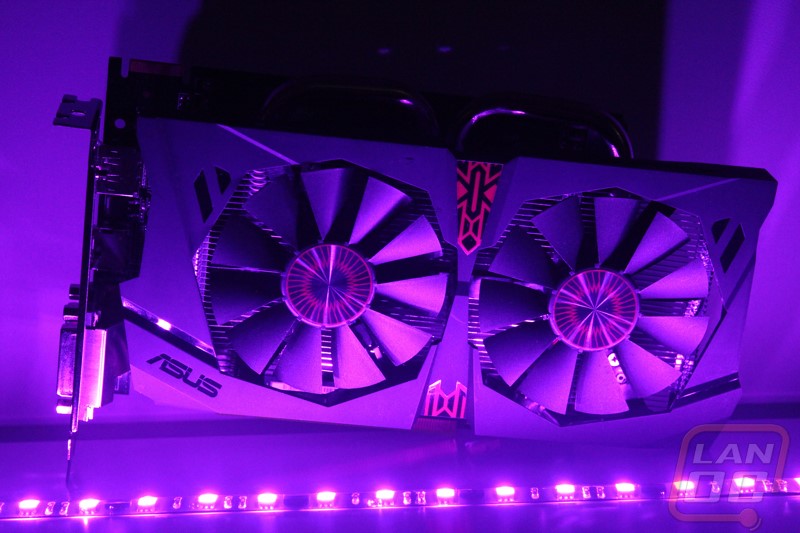 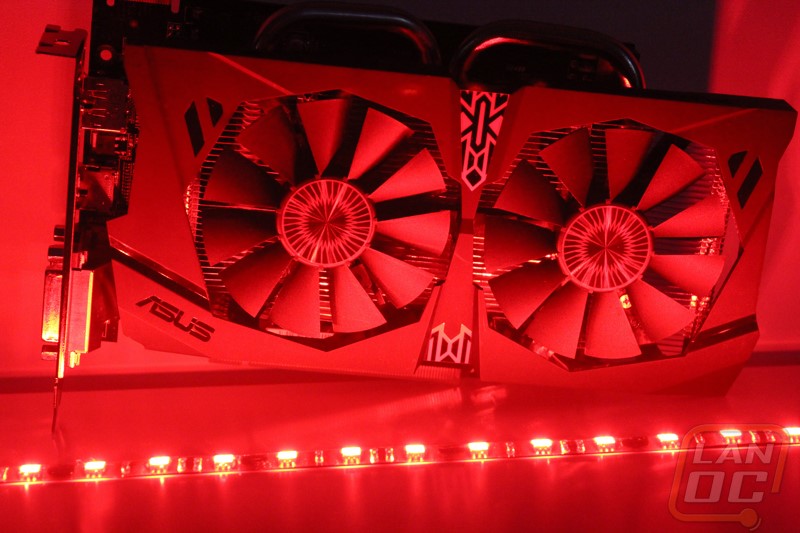 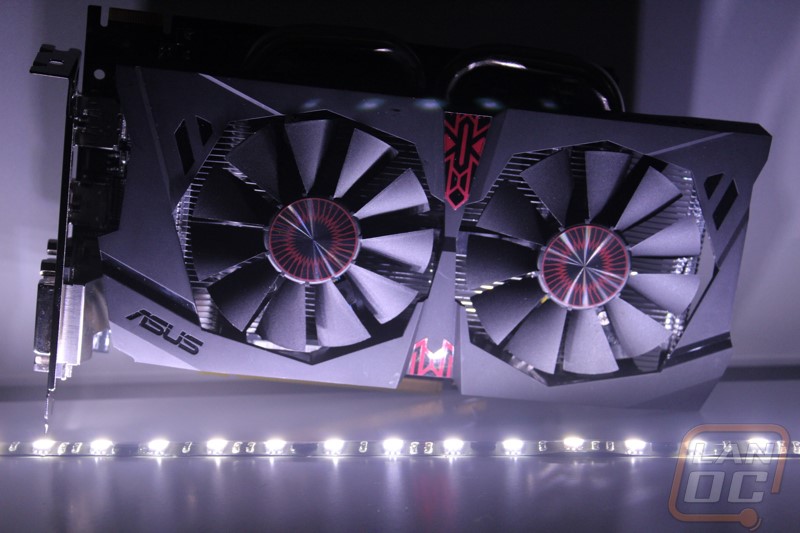 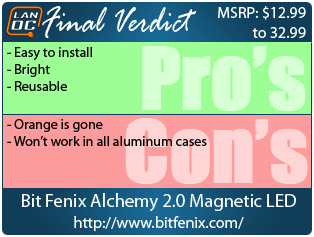 We have 1405 guests and one member online