For performance testing, I’ve mentioned it a lot in the past but it’s always good to post up a reminder. The performance between different motherboards really isn’t big unless you have one company overclocking or underclocking the CPU. So most of the testing below is just to keep everyone on the up and up and make sure there aren’t any issues.

To start off my testing I jumped into 3DMark with both the Fire Strike and Time Spy benchmarks. Both the Gaming 7 and M7 that I have tested came out about the same in all of the results. PCMark was a little different with the Gaming 7 having a noticeably higher overall score as well as the three subscores. But then from there, Passmarks PerformanceTest 9 results were similar. The same goes for both of my in game tests. Now the network speed results were interesting, for two reasons. The Intel NIC performed well, especially compared to the Killer 2500e that MSI used on the M7. Then on the other side of things my wireless testing was a complete and total fail. Just turning on the wireless card on the Gaming 7 caused me bluescreens and errors. I thought it was a driver issue but I found that the wireless was dead and wouldn’t start in the device manager.

After publishing this review Gigabyte reached out to me about this issue. They explained that the wrong driver had been uploaded to their website but the correct one was on the included CD. Of course, no one including myself uses the disc and really you would try to download the up to date driver. I did retest though and with a wireless speed of 263.2 MB/s the wireless performance was good, but did not beat the MSI. 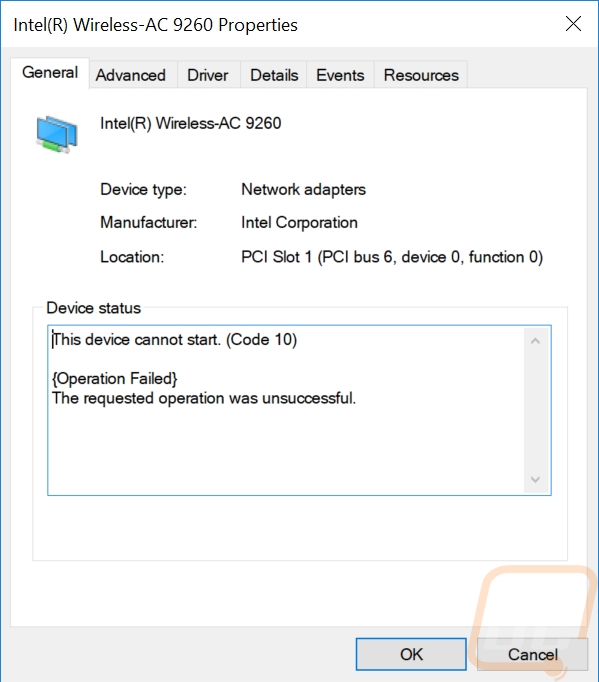 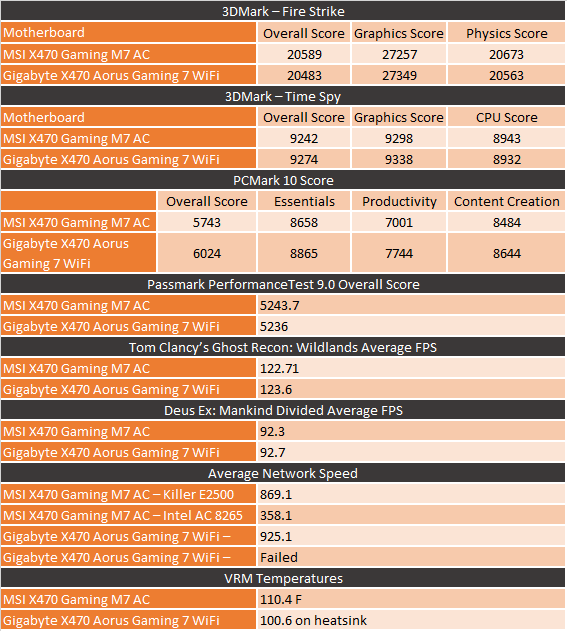 The last test I ran was taking a look at the VRM temperatures on the board. I was especially interested in this one because of the new heatsink design that Gigabyte went with. I used our thermal imagining camera for readings and I have included all of the images from around the board below and we have the results in the table above. So at the heatsink, the Gaming 7 was significantly lower than the M7 from MSI, like I said earlier this new cooling design is a huge improvement so this isn’t a huge surprise. 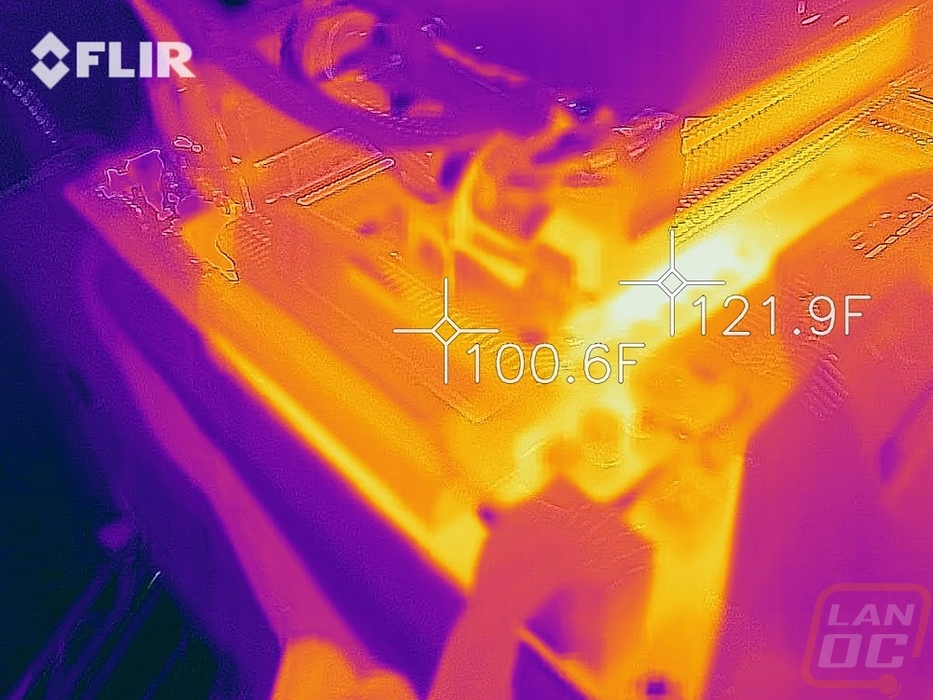 I did note the temperature around the CPU and around the chokes though, it seems that this is the hottest area of the board. I know they can’t get too close or there will be clearance issues with CPU heatsinks but I wish they could use a heatpipe to pull some of that heat over into the heatsink. 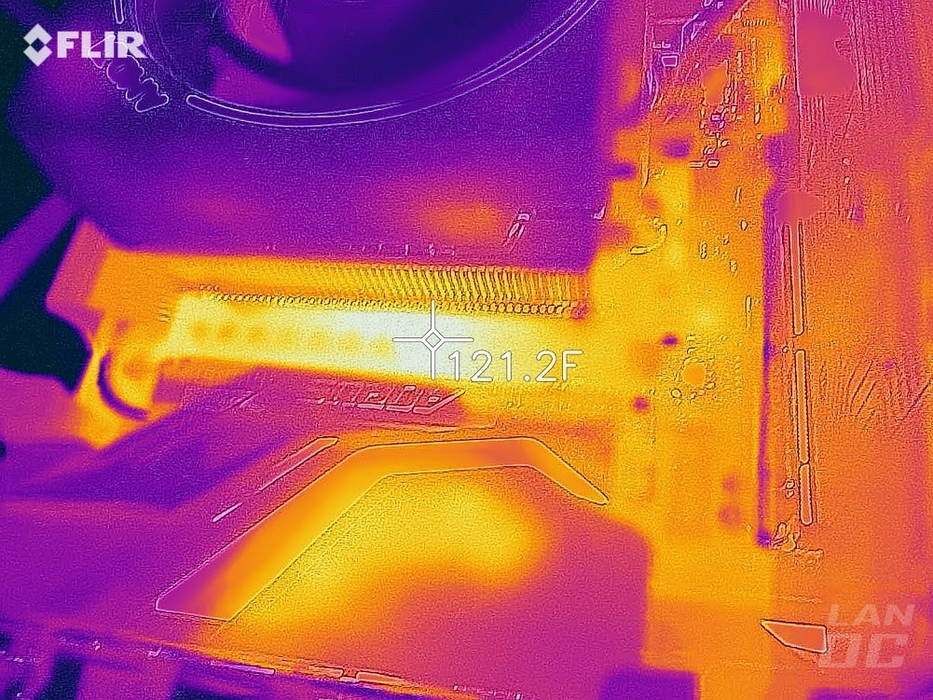 Down on the bottom half of the board, the chipset cooler does get a little warm but the hottest area is the spot directly to the right of the bottom x16 slot. This is because there is a cap and a choke down there. 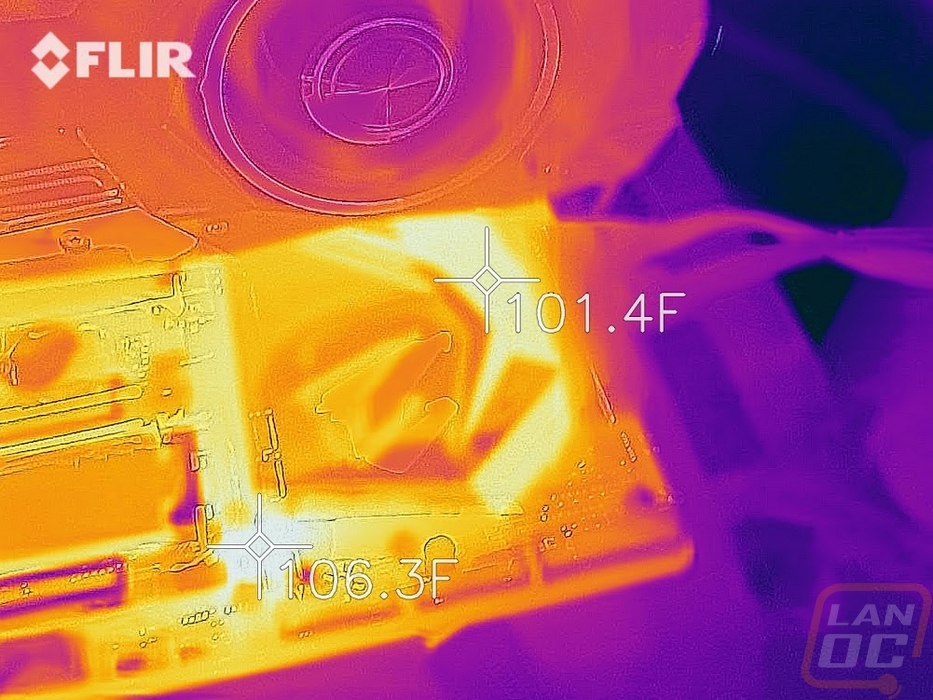 The audio chipset also runs a little warm up under the plastic cover as well. 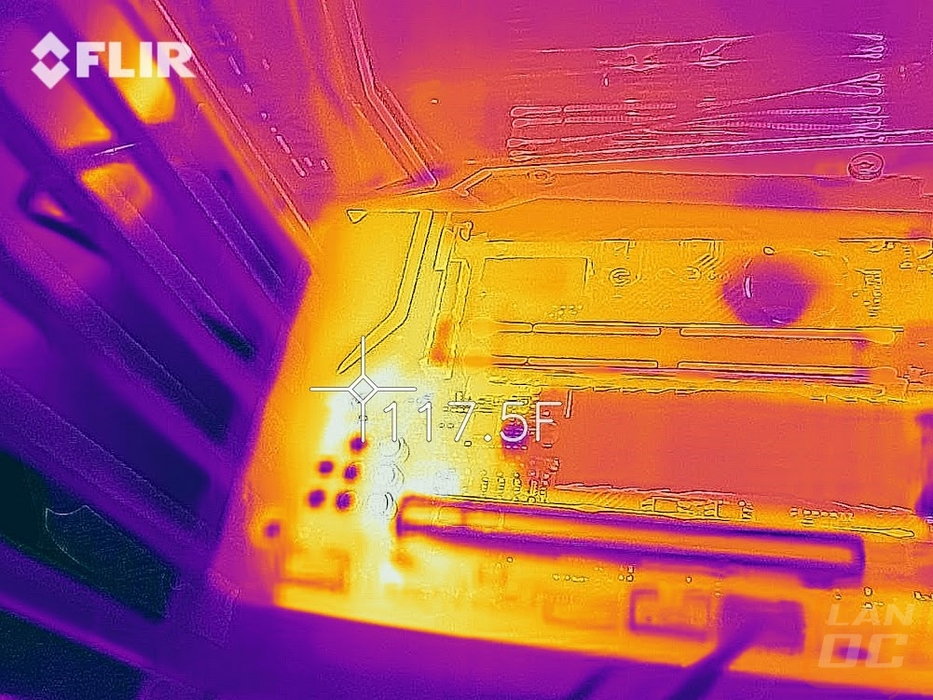 While I was at it I also got a few pictures of the RGB lighting on the Aorus Gaming 7. You can see the lighting that runs on the top and bottom of the PCIe slots. The M.2 slots also have lighting backlighting the heatsinks that I didn’t know about. The logo on the chipset cooler looks great but I was surprised again by backlighting around that cooler as well. 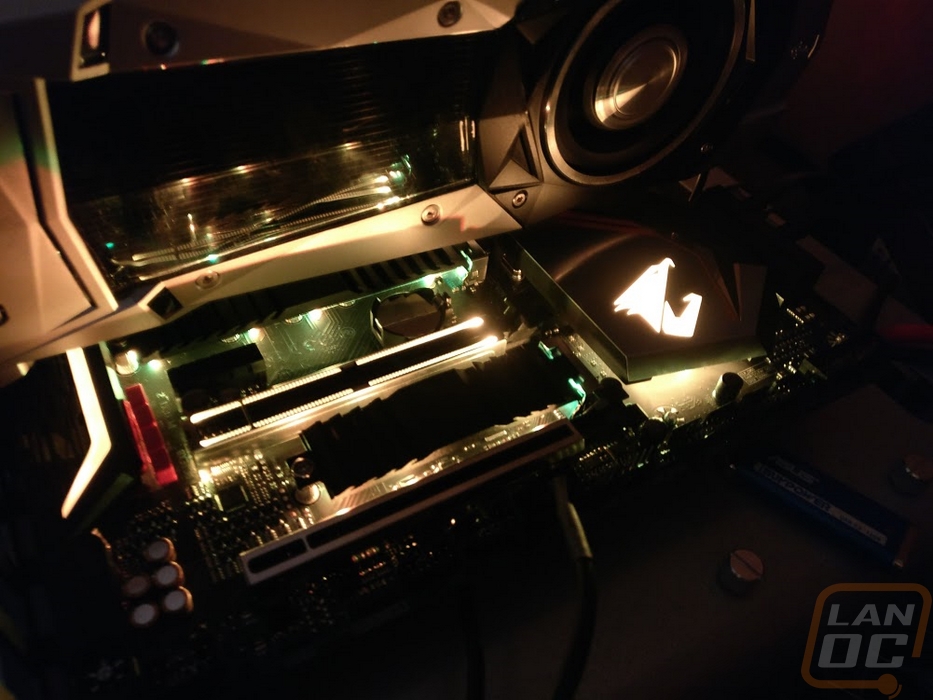 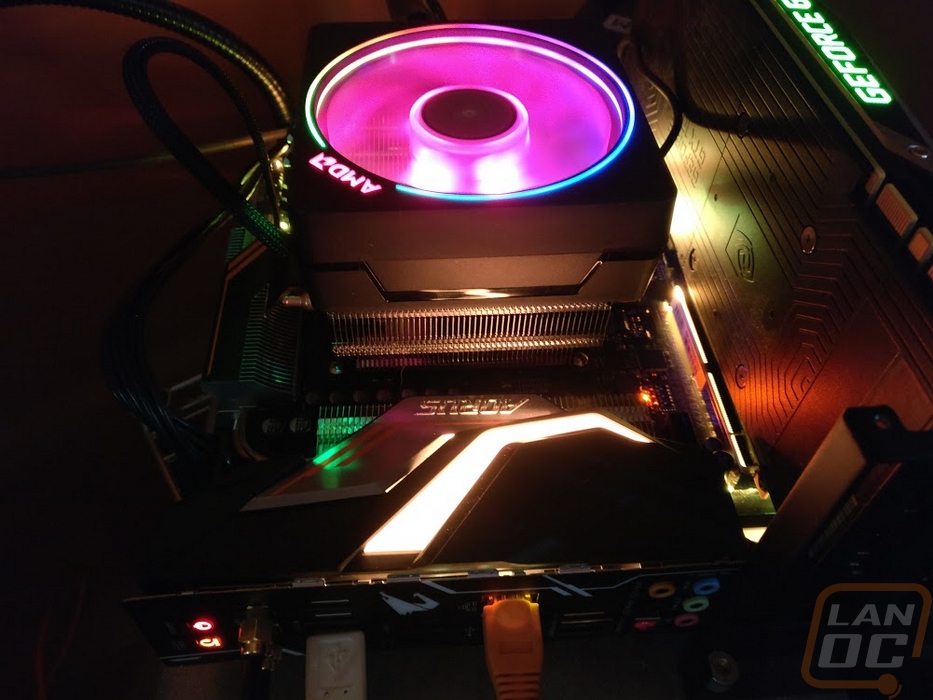