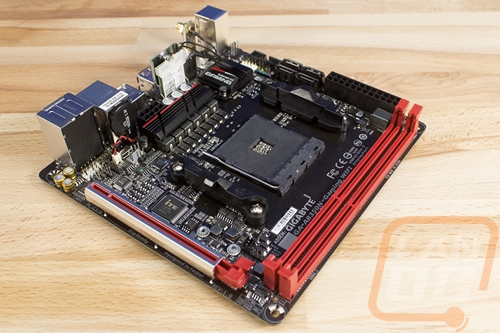 As usual for performance testing, I did run the AB350N Gaming WiFi through a series of tests, just like all of the other AM4 boards that have come through the office. I do want to point out that you don’t see performance differences between boards anymore with almost everything integrated into the chipset. So most of these tests are just to confirm that things are working well and to show what you can expect with the AB350N, an 1800X, and an RX480 reference card. I should also point out that both the AB350 Gaming 3 and the AB350N Gaming WiFi were tested with the memory set at 2966 where the other boards had the memory at 2666MHz. The lack of BIOS options to manually set the memory forced me to use the XMP settings and at the time of the X370 tests, those XMP settings weren’t working.

Anyhow the board performed great in all of the synthetic benchmarks as well as the two gaming benchmarks. The network tests, on the other hand, didn’t turn out as well. The WiFi performance was on point with the Intel Wireless AC and Bluetooth adapter but the Realtek NIC underperformed in my test. This wasn’t a big shocker with the AB350 Gaming 3 having the same NIC and the same performance. You aren’t going to see slowdowns with most ISPs not getting close to these speeds, but local transfers will suffer. A decent Intel NIC would have been a nice improvement, especially with this being an ITX board that you can’t add a PCIe NIC in later.

We have 1417 guests and one member online