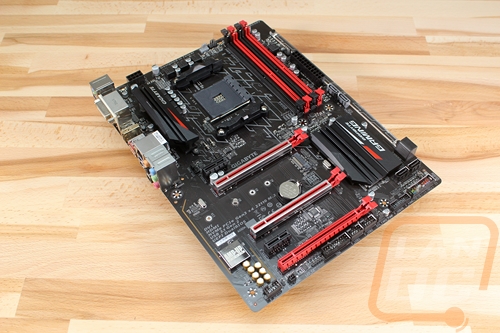 For performance testing, most of the tests I run are just a formality to make sure every aspect of the board is in good working condition and nothing is wrong. In this case, I did have to do something special for the AB350 Gaming 3 for our testing compared to the other boards that I’m already tested but not posted about yet (life’s complicated huh). The AB350 Gaming 3 wouldn’t let me set the memory to the same settings I ran on the other boards so it’s actually going to look a little faster due to the memory being clocked higher. That’s not really a problem, though, the board does allow for overclocking, including some memory adjustments. As for the performance everything came out good and the AB350 Gaming 3 paired with the 1800X and an RX480 ended up putting out some good numbers, especially in the new Hitman. The only test that was a concern was the network performance test where the Realtek NIC, of which they don’t list the actual model name, came in on the slow end with just over 700 MB/s average in the test where the other boards with Intel NICs were seeing 920+. Given that is the only performance sacrifice that you seem to have for going with a scientifically lower priced motherboard, I think it is worth it, but it is something to keep in mind.