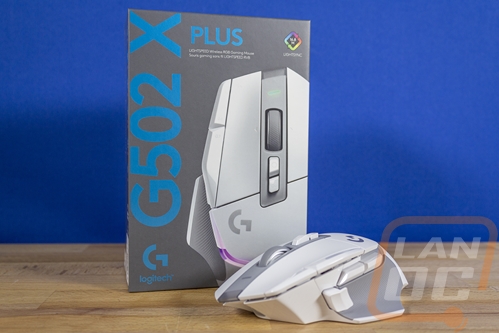 The Logitech launched the G502 back in 2014 which at the time was a complete departure from the “Logitech” styling and quickly became their edgy styling for years. While most of the Logitech mice have moved back to a smoother style, the G502 was so iconic that its design has stuck around with Logitech updating it every few years to the latest hardware and adding a Lightspeed model back in 2019 as well. So when they announced an updated G502 lineup it wasn’t a complete surprise, but with it being a full lineup, not just one or two mice that was a surprise. The new lineup has the G502 X product name and includes a basic G502 X which is the wired version, the G502 X Lightspeed which is wireless, and the G502 X Plus which is wireless as well but has Lightsync RGB lighting as well. All three are now available in black or white as well which is a big change. The G502 X Plus is the model that Logitech sent over for us to check out and is what I have been testing for a few weeks now so let’s dive into the new design. 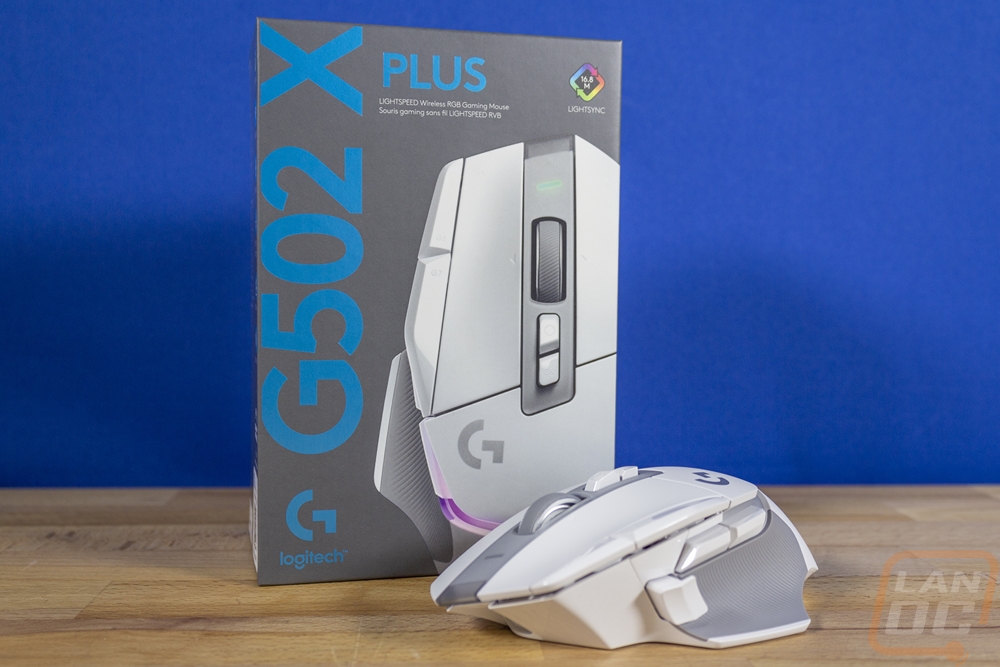