I'm well past the point of accepting that Gigabyte has placed a steady foot in the component arena outside of motherboards. When LanOC Editor and Chief Wes broke out this next piece of hardware however, I was more than a little surprised; and anxious, having seen the quality of Gigabyte's motherboards first hand numerous times. The Ghost M8000Xtreme is the high-performance gaming mouse in the company's recent line of peripherals, and today I see if it lives up to it's lineage.

Packaging
The M8000Xtreme lives up to the standard packaging major PC gaming perhipheral companies have set, sporting an attrative box complete with window, velcroe door, and metalic banners. Features are to be found called out on every side, tempting DPI junkies who may pick it up at the retail front. 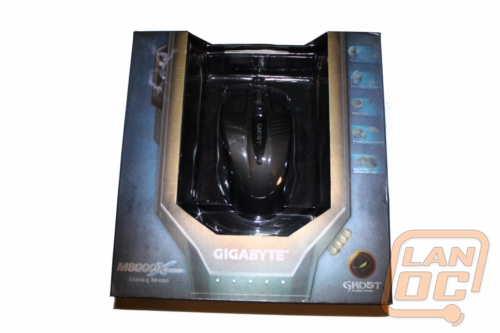 Access is gained fairly quickly through the side, allowing you to slide out the plastic cradling the mouse, as well as a plastic bag of goodies. A driver installation CD is included, though you'll want to grab the most recent for Gigabyte's site of course. The user's manual also does a good job of walking you through everything the mouse is capable of, from set-up to macros'.

Installation
We couldn't call ourselves geeks nor gamers if we didn't just jump in and hope for the best however. Documentation is a great option for those who are making their first dive from stock mice, and at $59.99, it's a pretty viable option for entry-level.

Gigabyte has included a weight system consisting of three 6g weights and a larger 20g. The bay on the mouse is located in the lower half underneath. The pattern is similar to a bear claw design, with the large 20g weight in the middle and closest to the back of the mouse (for those looking to tweak the back) and the three 6g's above it (to burden either the left or right side). 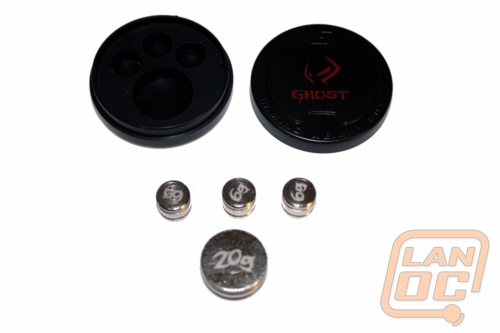 Of course, you'll want to plug the mouse into the computer, which is enough to at least get you going even without proper drivers. Don't settle at that however, the software included with the package is worth checking out.

The dashboard program that installs with the driver takes the popular route of creating an interface both looks and works (hopefully) good. Aside from a questionable gloved-hand cursor, the program is laid out nicely, with a sheet metal texture and what seems to be a racing theme. More importantly, it's very easy to use. 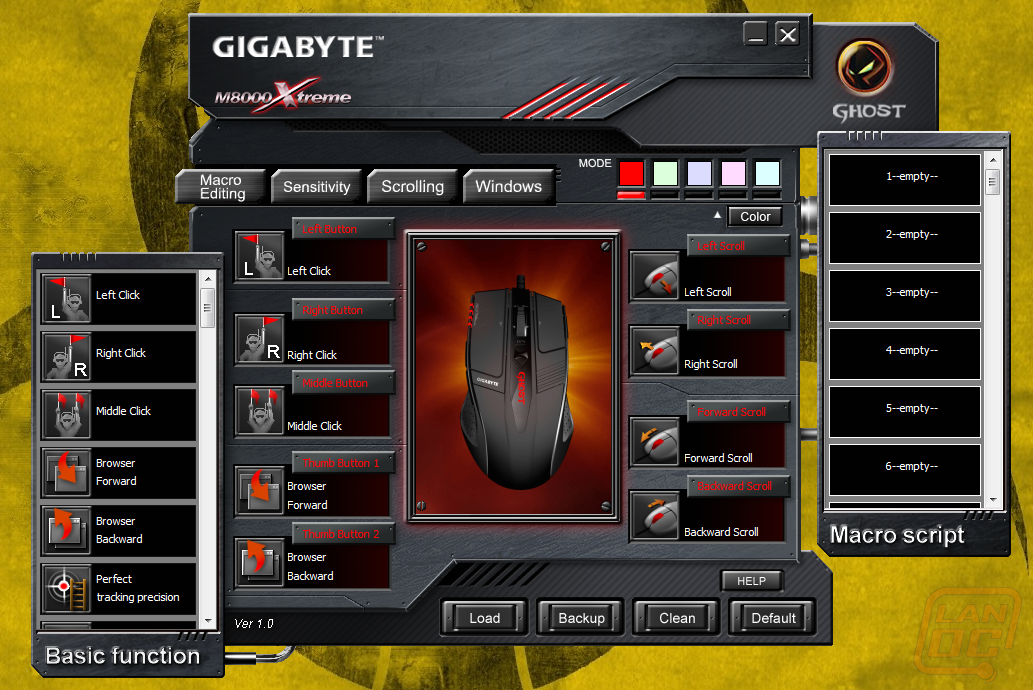 The main middle screen consists of a dynamic image of the mouse, the parts of which blink when you however over them to edit. On the left is a pane that functions much like a tray of basic commands, such as cut, paste, and double-click; and no, the left-clicked can't be assigned a macro. Cheaters.

The neat thing about this particular set-up is you can actual drag and drop those commands right onto the button you want to assign it to. On the right, you have another tray that consists of macros that you've programmed. To create macros, simply click on the 'macro editing' tab to bring up a window allowing you to record, straight edit, or arrange a macro using drag-and-drop commands. You can even select to record only keyboard strokes, or chose to ignore or record duration between keystrokes. 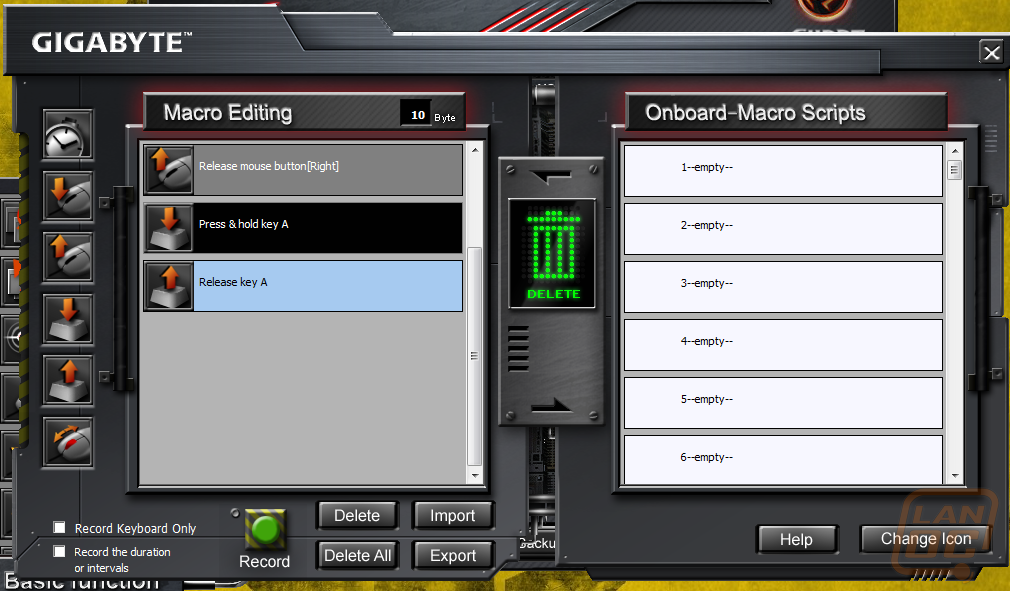 Once created, the macro is saved to a script list that shows in the tray. A unique feature is the ability to choose an icon for the macro, choosing from a list of pre-set images including crosshairs and military rank emblems, or you can upload a personal image. Just make sure it's a bitmap file. 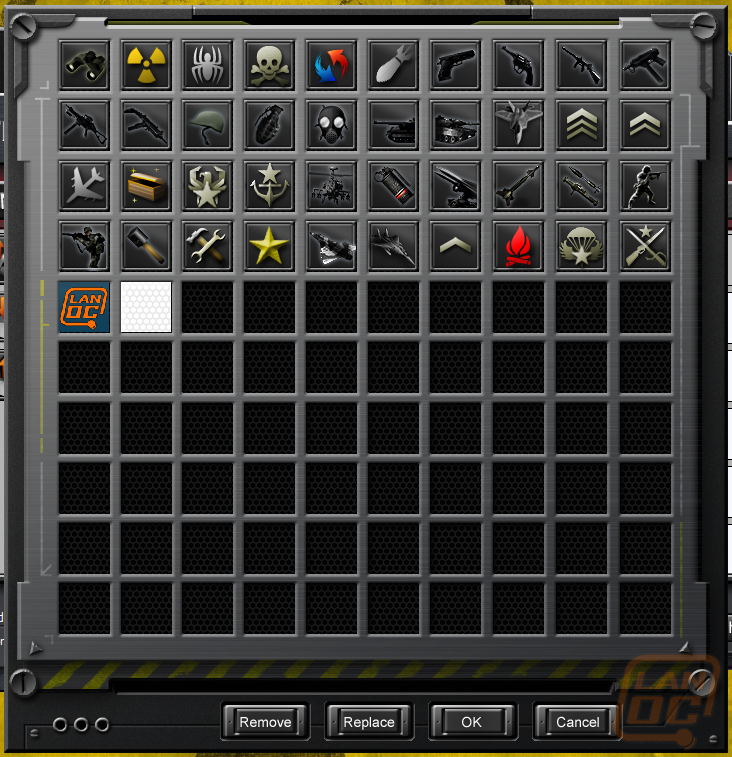 Using the software sweet, you can also edit the horizontal and vertial speed of the speed wheel, as well as launch the Windows Mouse Properties. The LED 'Ghost' insignia on the mouse can be altered for a color of choice, but you'll only have a pallette of 27 colors to chose from. 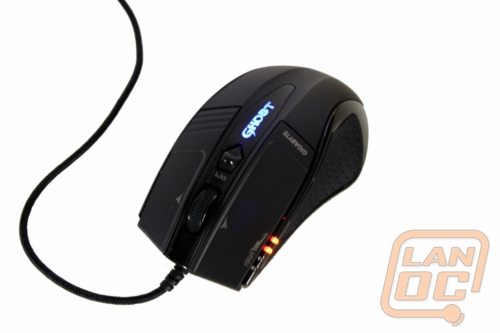 Performance
Setting up the mouse is painless, and has a variety of options popular among gaming perihperals, customizable scroll buttons and two thumbs buttons, with the each button programmable except for the coveted left-click, DPI and LED color switch.

The design of the model reminds me of a parrallagram, obviously not flat but in the general shape with an incline to the right. That means that the right side of your hand feels like it's on a corner, and any fingers that extend over recess into the bend. This isn't something that is necessarily uncomfortable, but it does tend to force the hand into a 'claw' grip style, which may compliment or conflict with your usual posture.

The programmable buttons work well in that they're placed on the top-left corner, easily accesible by the thumb but out of danger of an accidental press, since the thumb is once again kept in a cove at rest. The addition of the scroll-click left or right is also a nice touch, allowing for two additional actions without clustering the face of the mouse. The DPI and LED color switches aren't programmable, but aren't really positioned for easy access in-game. Instead, they serve more as shortcuts so you don't have to minimize to alter settings on the go. 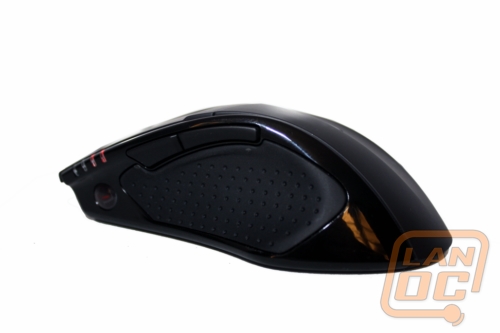 The Ghost M8000Xtreme has a simple sleek look to it, a black surface made of a glossy material outlining the satin finish for the finger covers and top for the palm. The glowing LED 'Ghost' text is refreshing change from the solid color, though the fade in and out can becoming annoying, if for no other reason then it can't be changed to a solid glow. As a matter of fact, the only way to turn the LED off is to set the color to black.

The max DPI setting is 6,030, and the software allows for the X- and Y-axis to be alter independantly. I don't usually peak over half that in-game, but it doesn't hurt to have the option.

Overall
Research has definitely been done at Gigabyte, with their entry mouse in to PC gaming peripheral market featuring the traits that have become so popular among gamers. With a nice appearance, an easy, customizable interface, and higher report capabilities, the Ghost M8000Xtreme is a mouse I don't mind keeping in my arsenal. Comfortability isn't sacrificed either, though users partial to a certain posture style may have some adjusting to do. Sorry, no drag-and-drop for that. 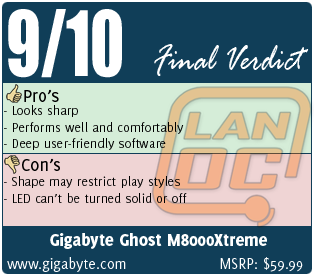 Author: Lersar
Contributing Editor / Event Staff
Adam is a big proponent of LAN parties, esports and speed-running, and helps organize our semi-annual LAN events. He has covered hardware and software reviews of a wide variety, but most content these days come from event coverage, such as other LAN parties.
Discuss this article
Log in to comment
Posts in discussion: Gigabyte Ghost M8000Xtreme

We have 1451 guests and one member online