Last week I looked at both Microsoft's Sidewinder X5 mouse and Sidewinder X6 keyboard. Both surprised me with their near perfect windows integration along with quality construction. To cap off our coverage of the current sidewinder lineup Microsoft provided us with their most recent mouse the X8. The Sidewinder X8 is Microsoft's first attempt at a wireless gaming mouse available just in time to battle it out with the Razer Mamba that is also wireless. With their new blue optical technology first seen in the new explorer mouse called BlueTrack along with learning from feedback from the X5 they hope to turn a lot of heads and finally garner attention from gamers the way Logitech, Steel Series, and Razer have been able too. 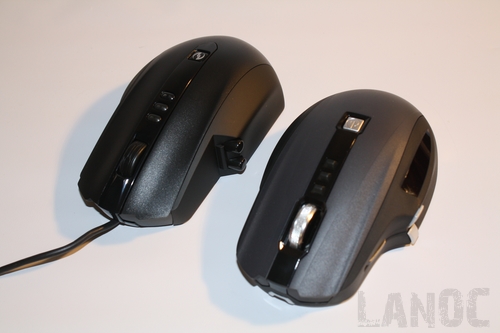 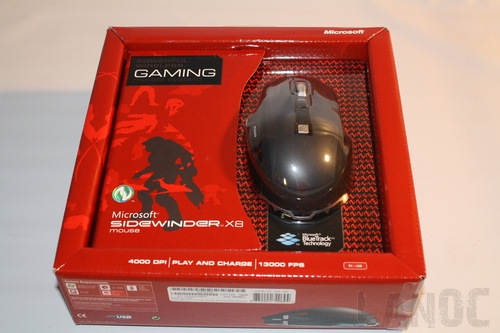 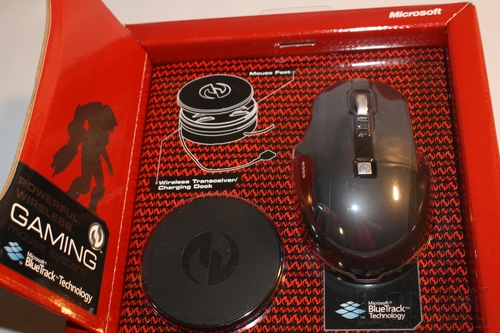 BlueTrack Technology World's most advanced tracking technology for gaming with image processing of 13,000 frames per second.

Play and Charge Up to 30 hours of active gaming on a single charge, or use the play-and-charge cable for non-stop action.

Scroll Wheel with Tilt Better feel and response with detents for precise control.

DPI Switching Instantly switch sensitivity between high, medium, and low with one click.

Macro Record Easily record macros while in game with the dedicated button. 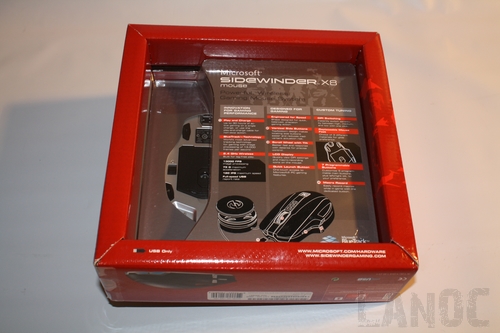 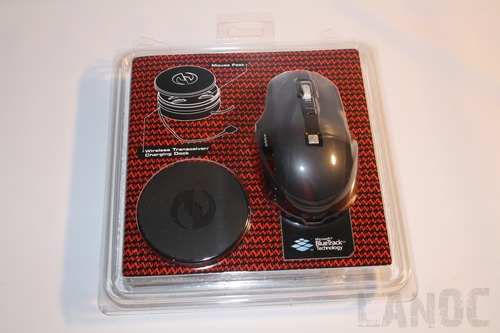 The X8 packaging is very similar to the X5 packaging with a few small exceptions. With the change to wireless they had to include the charge station, tucking the charge station behind a door made it easy to check it out if needed. In place of all of the random game characters on the packaging this time around its all Maser Chief from Halo, according to Microsoft the mouse was styled with Halo in mind. On the back of the packaging you can find a full feature list with short explanations. Also on the back along with a few drawings you can peak a glimpse of the bottom of the mouse. Inside the mouse is packed in an easy to open snap together clear package. Inside you will find the mouse, charge station, battery, and box with the manual inside. 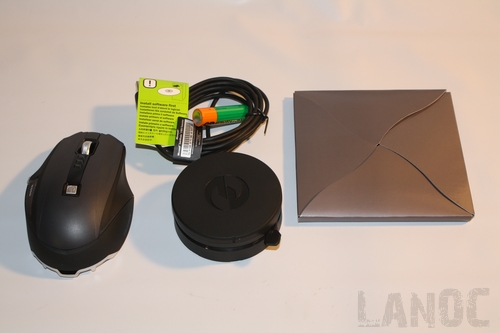 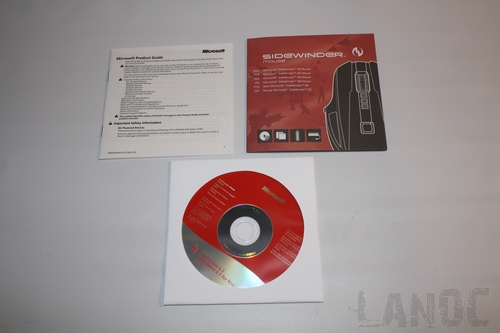 I spoke about how much I liked the software on my review of the Sidewinder X5, to my surprise the X8 uses the same software, all you have to do is choose the X8 out of the drop down menu. After the change I had access to set macro's for the additional buttons. The sensitivity tab didn't change at all from the X5 other than the highest DPI setting is now 4000. You can still set all three buttons on the top of the mouse to any DPI you want change DPI quickly in game.  The other standout feature that I loved on the X5 also is the ability to set specific button assignments to any program you would like. 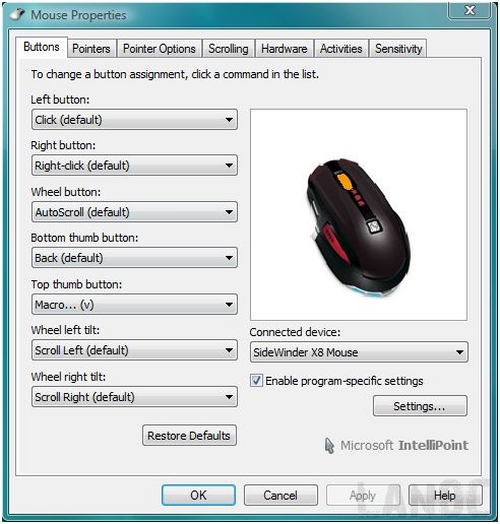 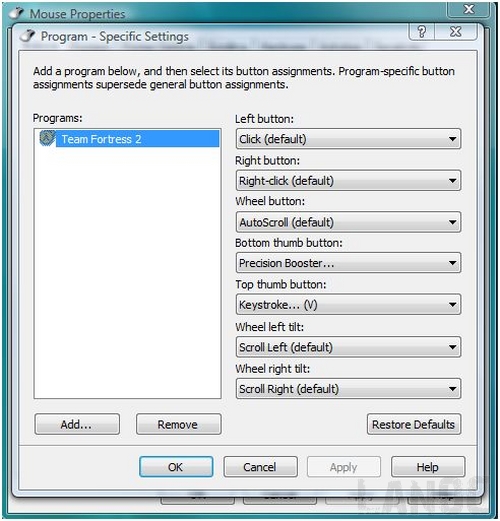 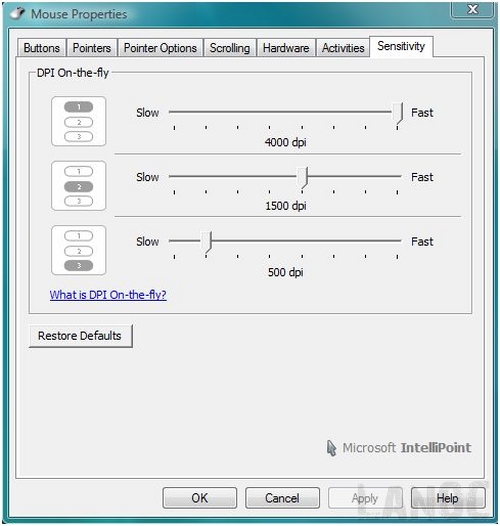 I found the X8 to be a major improvement over the X5 in the comfort department. The redesigned side buttons are still easy to reach but not as easy to bump into like the X5. The scroll wheel on the X5 had a rubber coating; on the X8 they replaced it with a metal scroll wheel. The metal wheel doesn't grip very well compared to the old wheel. I was happy that they finally included side scrolling; most gaming mice don't include this helpful feature. They have also included the ability to set any macro to each side. 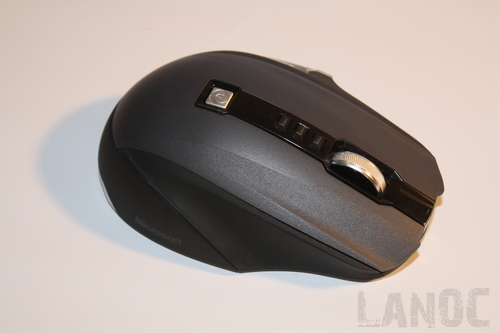 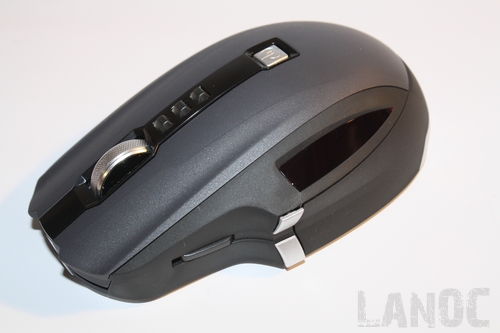 Outside of the normal buttons, Microsoft included the ability to set macros on the fly using a button located just in front of the two side buttons. The button is far enough out of the way it won't ever be bumped, but it's still easy to get too when needed. The ability to set a macro on the fly on a mouse is something I haven't seen before and frankly it's about time. To keep track of your DPI and to help with setting the OTF macros there is a small LCD on the mouse. I found the LCD to be interesting but mostly unnecessary. 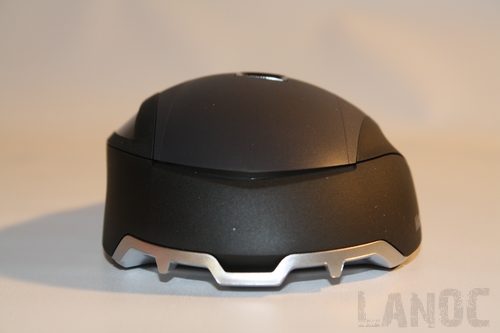 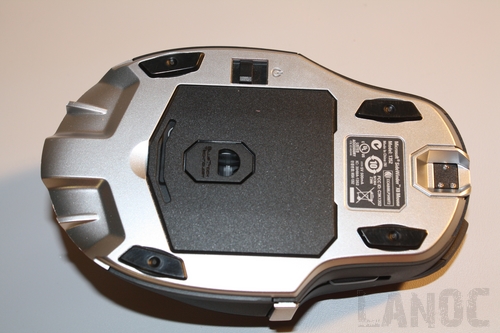 The redesigned replaceable gliders help the X8 slide much smoother than the X5. The mouse was smooth on every surface I could find. With the Sidewinder X8 sporting the new BlueTrack technology I was curious how well the tracking would be on imperfect surfaces. After looking like a crazy man trying to use the mouse on anything I could I wasn't able to find anything it wouldn't track on. 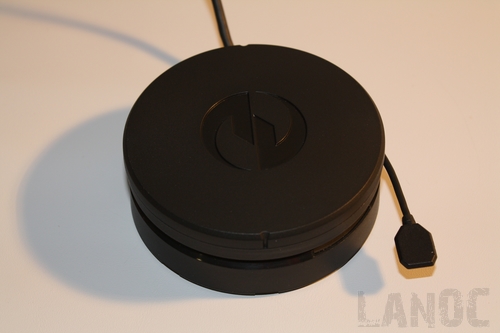 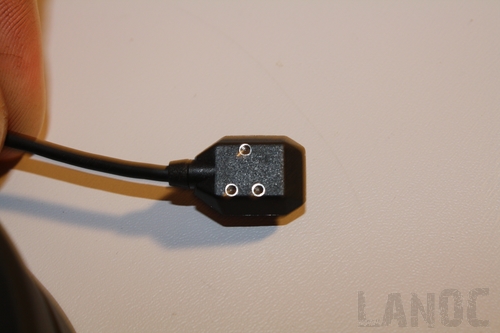 Of course I haven't even talked about the most important feature of the mouse, no wires.. Wait, a wireless gaming mouse? My first concern with the X8 was noticeable lag that I experienced with my last wireless mouse. It didn't take long in game to realize this won't be an issue. In fact, If I didn't know better I would have thought it was a wired mouse. With great performance, you would think that battery life would be short. Thankfully the battery life on the X8 is great, who would want to have their mouse die mid game. When you do finally have to charge the X8 it's as simple as connecting the magnetized cord. When the cord is not in use it wraps around the weighted charge station. Inside of the charge station, you will also find two other sets of gliders if you have the need to change them out(I prefer the grey set on my hard mouse pad). 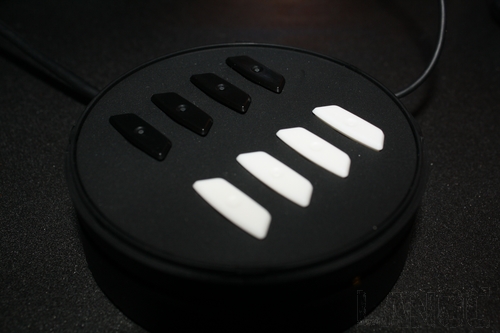 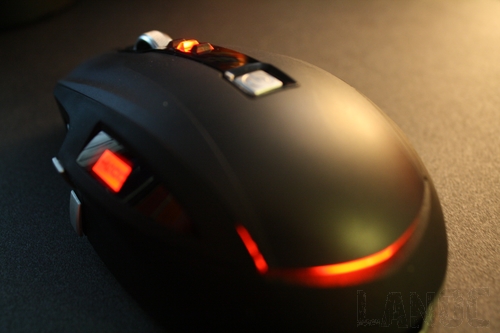 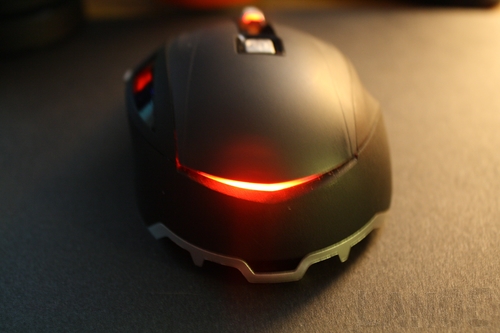 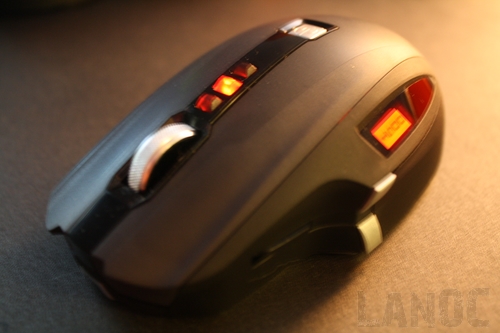 Being a wireless gaming mouse the X8 has the challenge of overcoming the lag and short battery life of most wireless mice, all while sporting the added features of a gaming mouse. I would have to say that considering how up until now there have been very few mice that have pulled that off the X8 at the top of the curve. With the addition of the amazingly simple software, the LCD screen, on the fly macro's, and side to side clicking on the scroll wheel and its possible that Microsoft has been reading my thoughts (if so, sorry about that other stuff Microsoft). They must not have been paying attention when I thought about the scroll wheel; the metal scroll wheel looks amazing but does not grip my finger, making it hard to scroll in and out of game. At the end of the day, I was very impressed by the Sidewinder X8. I'm curious if Razer and Logitech will be able to outdo them this time. I look forward to the fight though; it will only bring (gamers) even better mice. Ding* 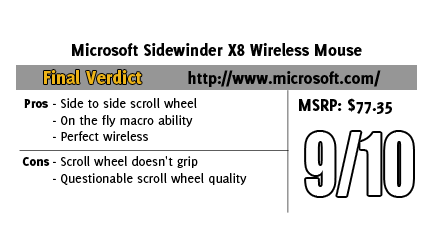 You might call him obsessed or just a hardcore geek. Wes's obsession with gaming hardware and gadgets isn't anything new, he could be found taking things apart even as a child. When not poking around in PC's he can be found playing League of Legends, Awesomenauts, or Civilization 5 or watching a wide variety of TV shows and Movies. A car guy at heart, the same things that draw him into tweaking cars apply when building good looking fast computers. If you are interested in writing for Wes here at LanOC you can reach out to him directly using our contact form.
Discuss this article
Log in to comment
Posts in discussion: Microsoft Sidewinder X8 Wireless Mouse

We have 549 guests and one member online