When a new series of video cards is launched it’s easy to get distracted by the new flashy cards and their amazing performance. The problem is when it comes to mid-range and lower cards sometimes last generations cards perform as well or better at similar price points. This can mean a simple decision on a video card for a budget build could have tens or hundreds of options to choose from. To give you another option Sapphire has brought back their HD5800 series cards with new Xtreme Edition series. They introduced today both the HD5830 and HD5850, of which we will be taking a look at the HD5850. Let’s take a look at what is different with this reintroduction and how it affects the budget gamer.

ATI Eyefinity technology maximizes your field of view across up to three displays, fully engaging your peripheral vision. For gamers this puts you right IN the game and for other applications it helps to increase productivity by maximizing your visual workspace so that you can see more windows simultaneously. ATI Eyefinity technology is also ideal for multimedia applications as it allows you to keep several ‘palettes’ or ‘panels’ open over a larger workspace whist you edit your images or videos.*

Accelerate the most demanding applications with ATI Stream technology and do more with your PC. ATI Stream Technology allows you to use the teraflops of compute power locked up in your graphics processer on tasks other than traditional graphics such as video encoding, at which the graphics processor is many, many times faster than using the CPU alone.

The latest PCI-Express 2.0 specification doubles data throughput from 2.5Gbps to 5Gbps allowing you to exploit the full performance potential of your graphics card.

Equipped with the most popular Dual Link DVI (Digital Visual Interface), this card is able to display ultra high resolutions of up to 2560 x 1600 at 60Hz.

Turn your PC into a home entertainment center with HDMI. Simply connect the graphics card to an LCD TV with an HDMI input and you will be able to enjoy watching HD videos with audio in the living room.

Supports the latest Shader Model 5.0 feature set including VTF (Vertex Texture Fetch) which is a key feature used extensively in many of the games that ship today. Without support for this feature the game will fall back to a lesser shader path resulting in the loss of cool, lifelike effects made possible by Shader Model 5.0

The ATI Catalyst Control Center™ software application gives you complete control over the performance and visual quality of your SAPPHIRE ATI Radeon™ based graphics card allowing for the best experience on your PC.

Massively parallel architecture and support for common shader transcoding instructions accelerates video encoding / transcoding way beyond what was possible with the CPU only.

Support for copy protected, high bandwidth, 7.1 channel surround sound over HDMI. Get a fully immersive, high definition audio experience with the latest Blu-ray movies. (Requires a DVI to HDMI dongle on some models, an HD capable monitor and a Blu-ray drive)

-Multi-sample anti-aliasing (2, 4 or 8 samples per pixel)

-Up to 24x Custom Filter Anti-Aliasing (CFAA) for superior quality

Massive arrays of on-chip compute units offer the latest in graphics functionality and performance allowing you to enjoy what you are watching at the highest quality possible.

Accelerate the most demanding applications by offloading parallel data compute tasks from the CPU to GPU, dividing the tasks as evenly as possible for improved system performance and reliability.

Offers an incredible choice of the latest display connectivity options natively on the board, including dual-link DVI-I, DisplayPort 1.2 and HDMI 1.4a along with adapters to ensure compatibility with your legacy analogue VGA monitor.

TriXX helps users to get the optimum performance from compatible SAPPHIRE graphics cards in any application by allowing them to monitor, tune and save different settings of key parameters for the card.

Watch the hottest Blu-ray movies or other HD content at full 1080p (and beyond !) display resolution. Enjoy a feature rich video experience with enhanced Unified Video Decoder 3 (UVD 3), offloading the bulk of the video decoding tasks from the CPU to the GPU allowing for a cooler, quieter and more balanced system.

Not just for video and games, the power of your GPU can now accelerate the latest versions of some Internet browsers (IE9/Mozilla FireFox) utilizing Direct 2D rendering for a faster and more responsive browsing experience including high quality image rendering and media playback.

Take advantage of improved picture and media editing capabilities in Office 2010 as well as edit and share your content in real time. 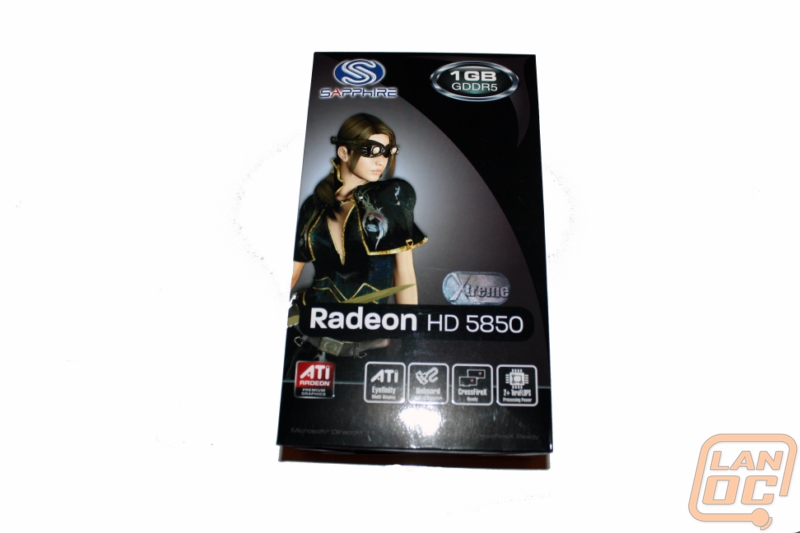 The HD5850 uses the typical Sapphire style package, but without being a Toxic or Flex edition it lacks the bright colors you would see on their packaging. This time around it’s just grey and black with one of Sapphires signature characters on the front. Above the product name is an Xtreme sticker, I’m curious what the Xtreme entails. Around back they have broken each of the cards main features down. You will also notice that the copyright is still dated from the launch of the HD5800 series cards; they didn’t reinvent the wheel with this relaunch (And why would they). Inside the video card is inside of a padded static free bag and is accompanied by the accessories, paperwork, and software disc. As far as accessory’s go you will get two Molex to 6 pin adapters and a DVI to VGA adapter for those of you who need VGA connections. 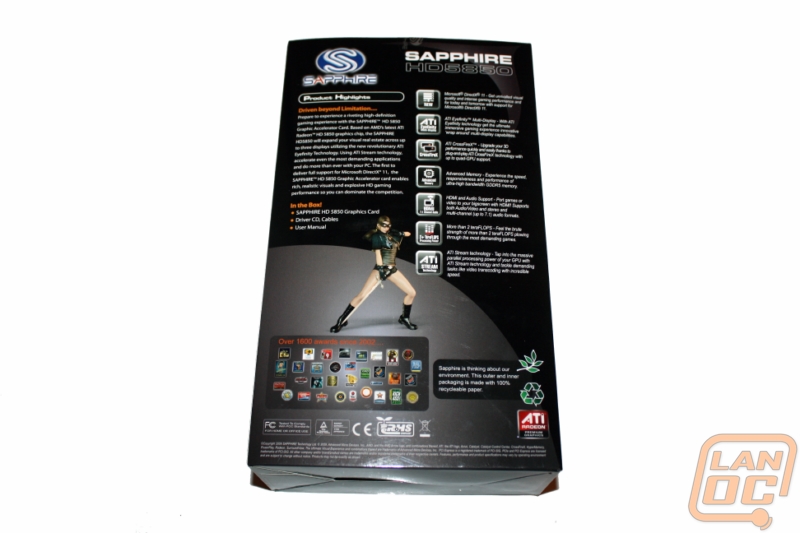 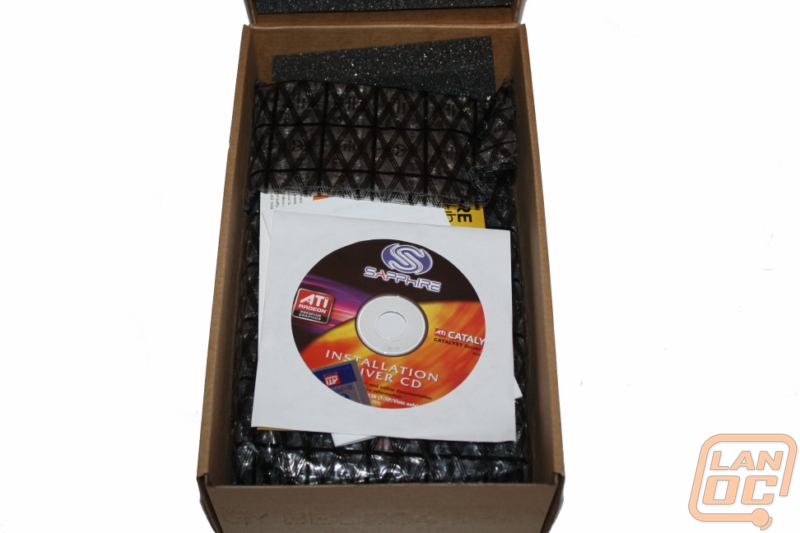 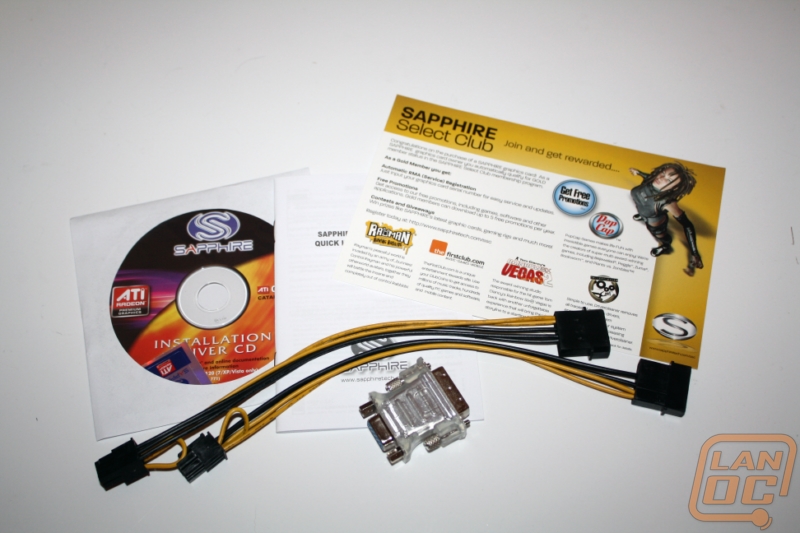 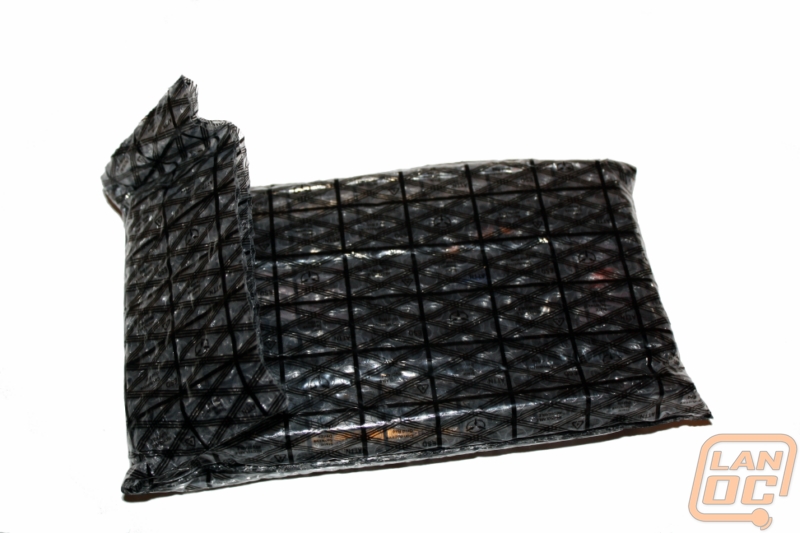 For cooling Sapphire installed a full coverage cooler similar to what we have seen on their recent HD6000 series cards. This is no reference design and you won’t see any other company with anything similar. This is a Sapphire design through and through. 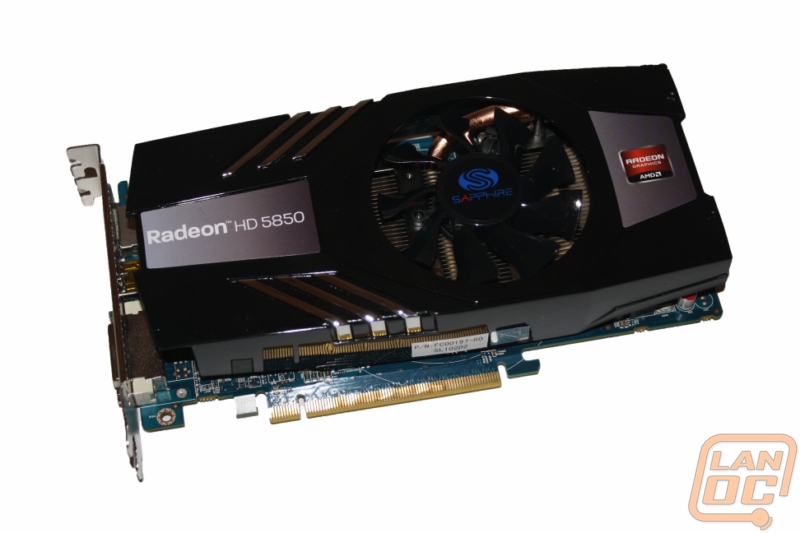 The fan is centrally mounted and large enough to get the job done, if not more than is needed. 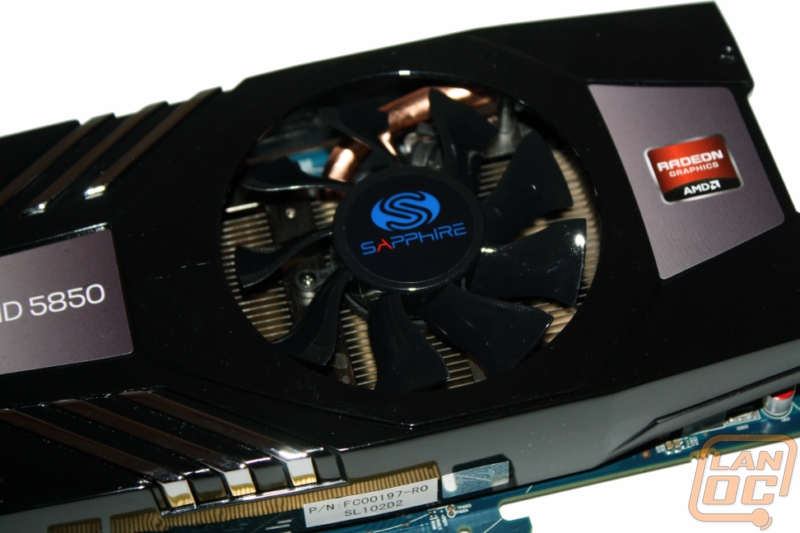 For power you are going to need two six pin connections for the HD5850, they did provide adapters if by some chance your power supply doesn’t come with enough. 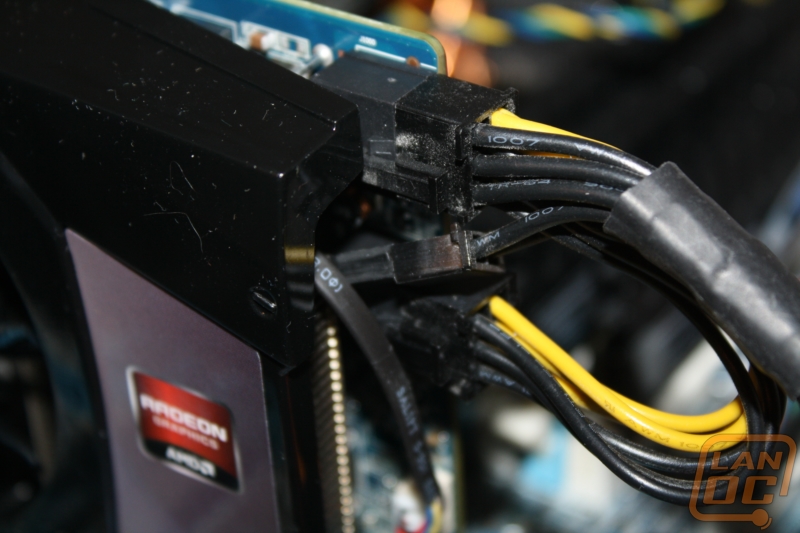 Around back on the backplate you get a selection of three connections, a DVI, HDMI, and Displayport. No mini connections on this baby, its a little old school! You do still get a full PCI slot for air flow for optimum cooling performance. 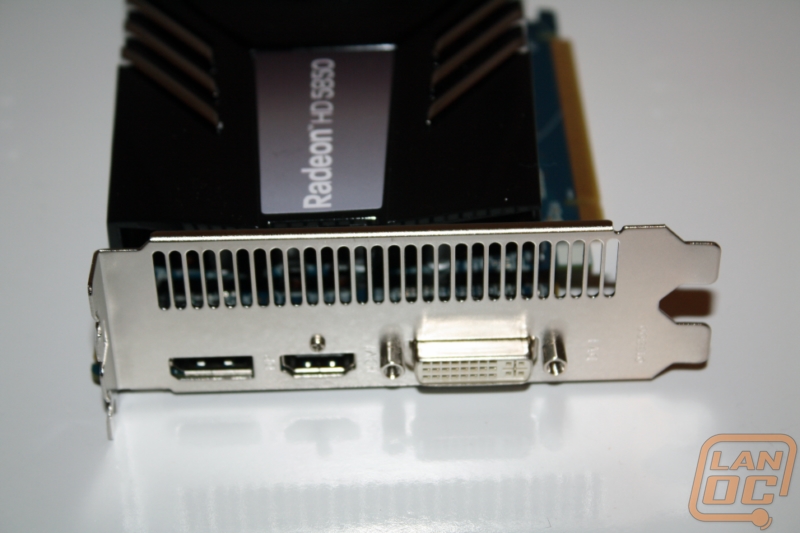 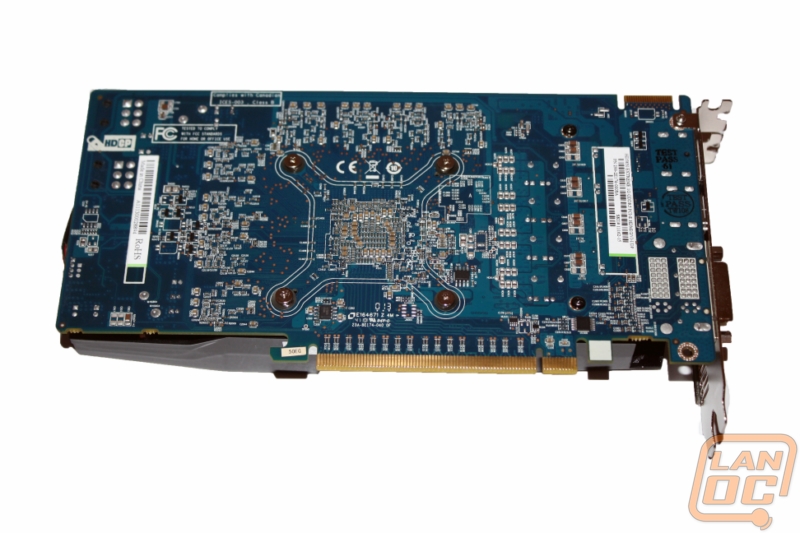 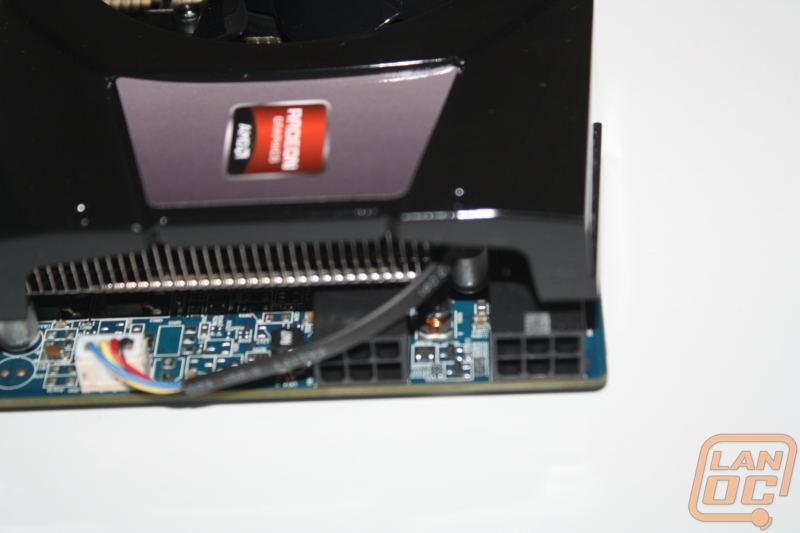 With this being a previous generation card I wasn’t sure how it would stand up against the latest and greatest from both AMD and Nvidia. Surprisingly the HD5850 outperformed all of the mid-range cards in almost every test. What is really impressive is the cards performance was close to the GTX560 Ti at a lower price. 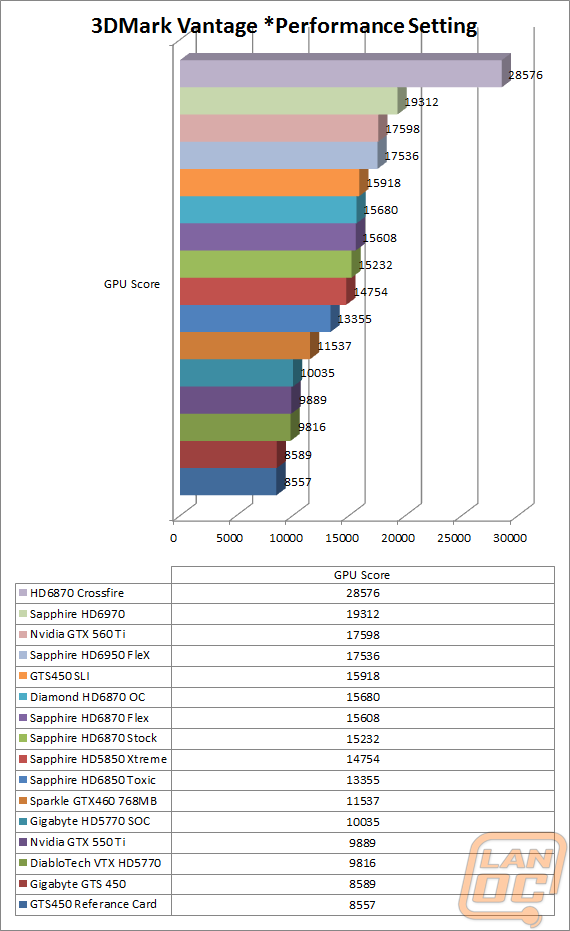 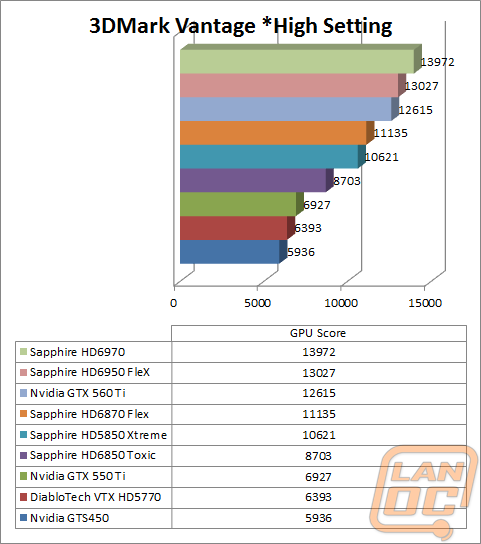 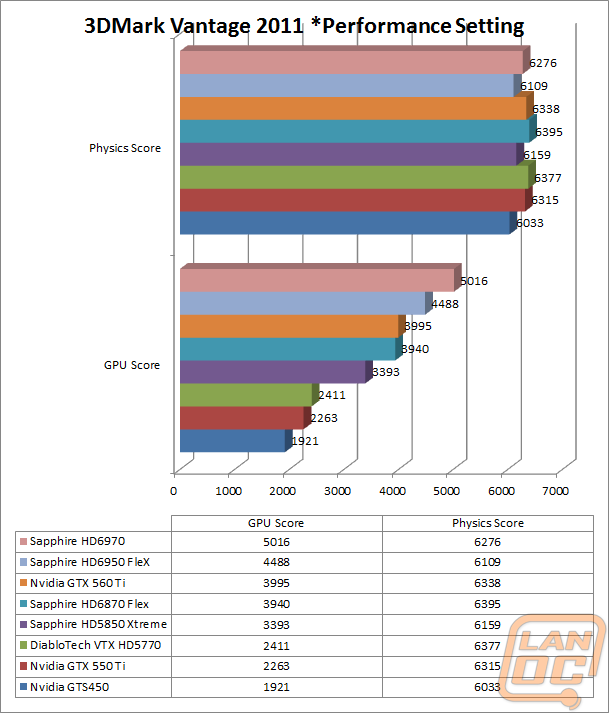 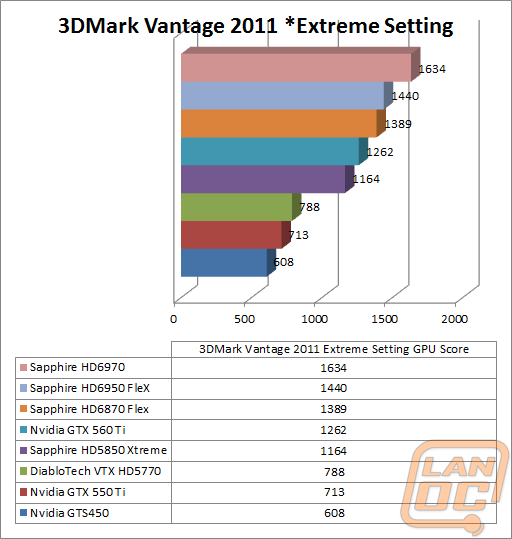 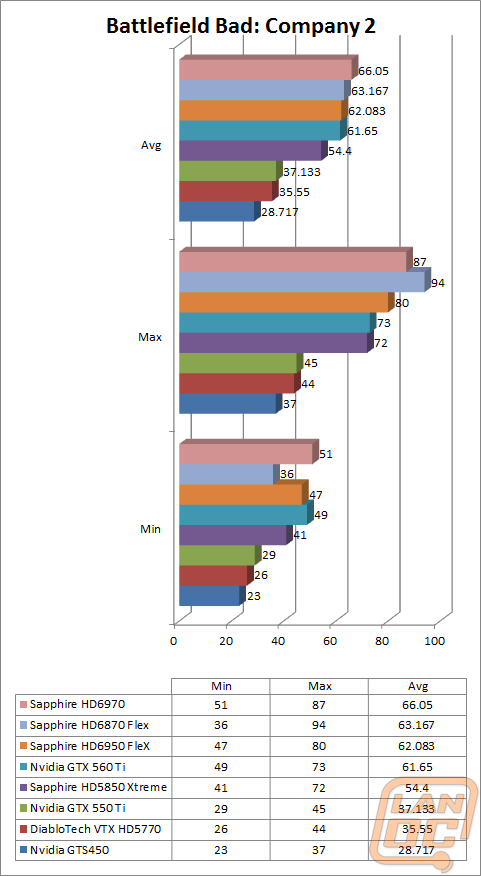 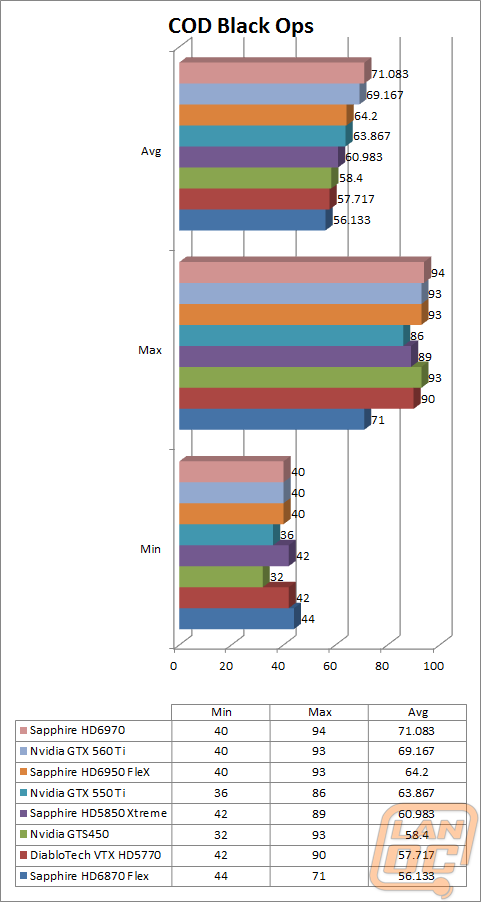 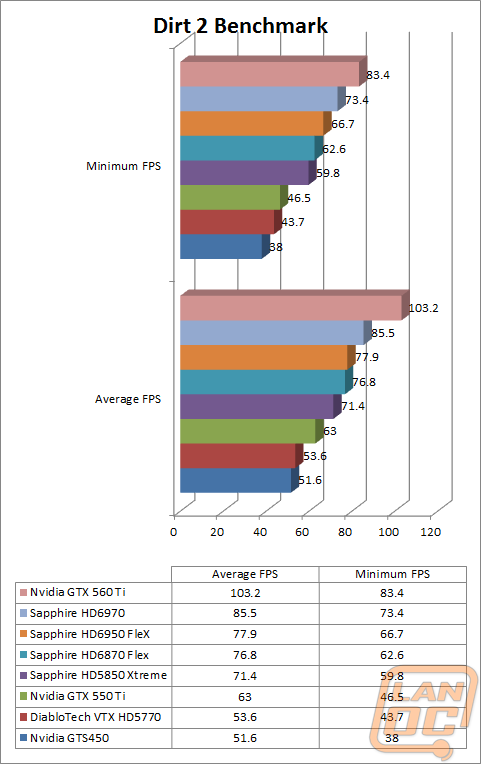 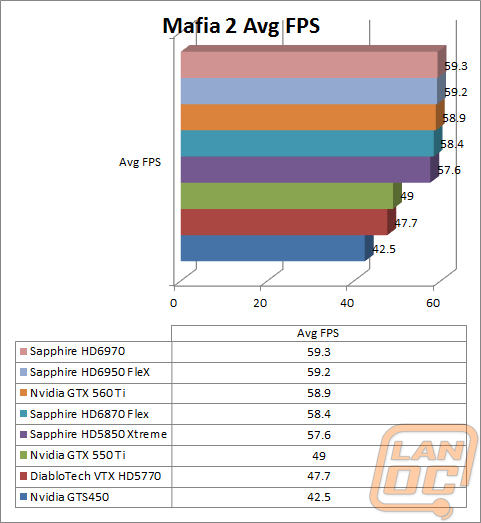 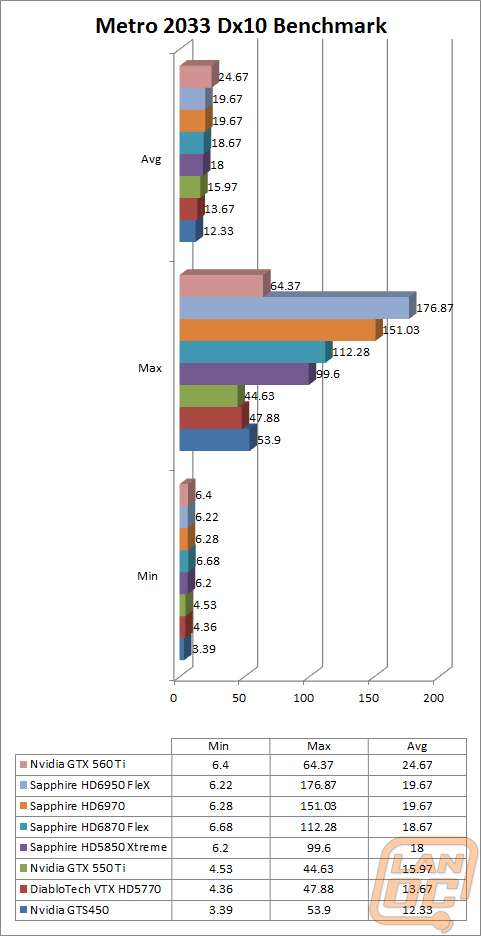 The heatsink on the HD5850 Xtreme is of a similar design to what we have seen on HD6000 series cards and we have been very happy with the noise and cooling performance each card with that design. The HD5850 Xtreme is no different. Its noise performance wasn’t noticeable, even while running our benchmarks. Most of that is because the heatsink does a great job keeping everything cool. If by a chance you do get the card warmed up enough for the fans to ramp up you can expect enough noise to let you know it’s getting very hot.

When we started this review we knew the HD5850 would perform well, but we were curious how it would stand up against the current generation cards. As it turns out, surprisingly well. The HD5850 is priced to compete with Nvidia’s GTX 550 Ti and the HD 6850. In almost every test it outperformed the 550, some by a considerable amount. The performance numbers even have it above the HD 6850 overclocked version pushing performance near what we see from the $200+ cards. For those of you who are willing to go with a previous gen card, the HD 5850 Xtreme from Sapphire is a diamond in the rough for gaming performance! 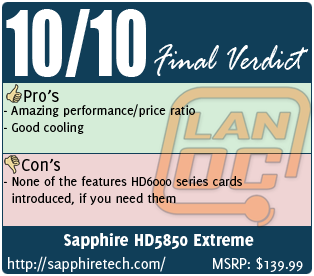 You might call him obsessed or just a hardcore geek. Wes's obsession with gaming hardware and gadgets isn't anything new, he could be found taking things apart even as a child. When not poking around in PC's he can be found playing League of Legends, Awesomenauts, or Civilization 5 or watching a wide variety of TV shows and Movies. A car guy at heart, the same things that draw him into tweaking cars apply when building good looking fast computers. If you are interested in writing for Wes here at LanOC you can reach out to him directly using our contact form.
Discuss this article
Log in to comment
Posts in discussion: Sapphire HD5850 Extreme