It seems like it was only a few weeks ago I was talking about Nvidia’s latest card the GTX560 Ti. Now here we are launching our review of the GTX550 Ti, the little brother to the GTX560 Ti. The GTX550 Ti fills the gap between the GTS 450 and the GTX 460, with its eye directly on AMD’s popular HD5770. With aggressive performance and pricing, Nvidia hopes to capture the budget market playing the same game AMD plays. How will it hold up against the aging HD5770, let’s take a look.

Normally with a product launch we receive the reference cards in unexciting packaging, normally just wrapped in bubble wrap inside of a Fed-Ex or USP box. With the GTX550 Ti things were a little different, different enough that I thought everyone would be interested in taking a look. Officially I wasn’t able to get word that this card would be sold in Best Buy under the Nvidia brand like we have see with the GTX 460, but take a look at this packaging and tell me what you think. 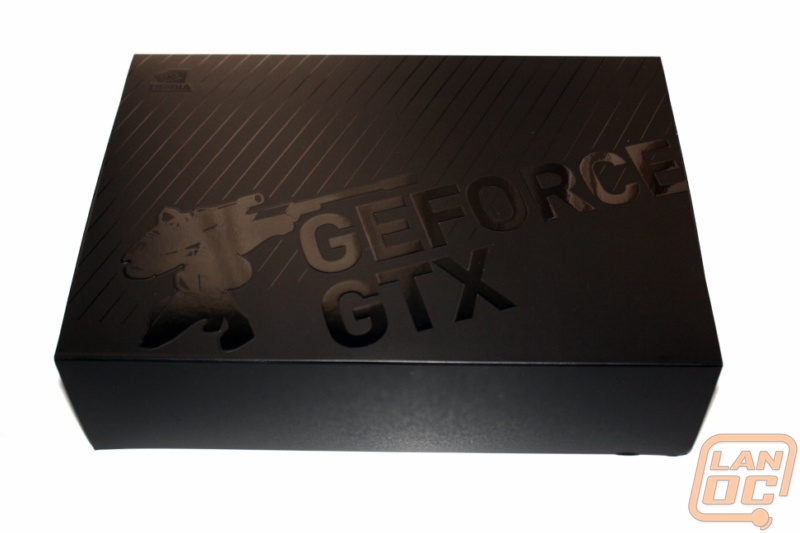 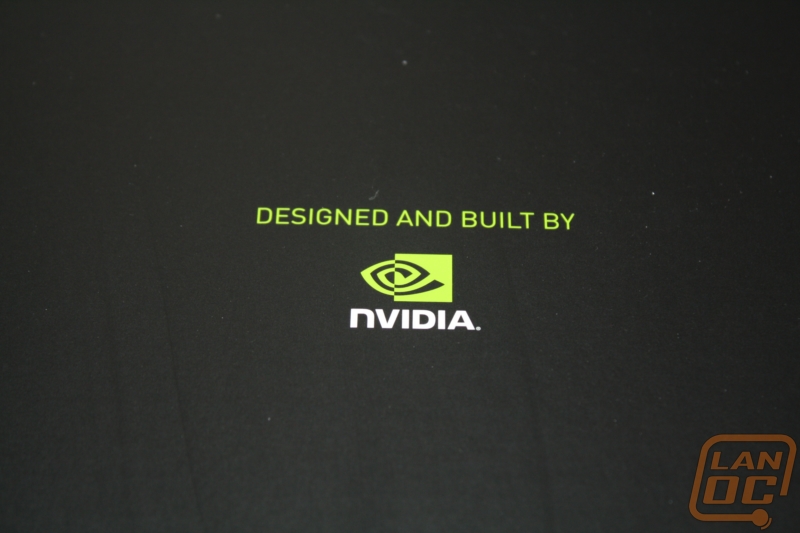 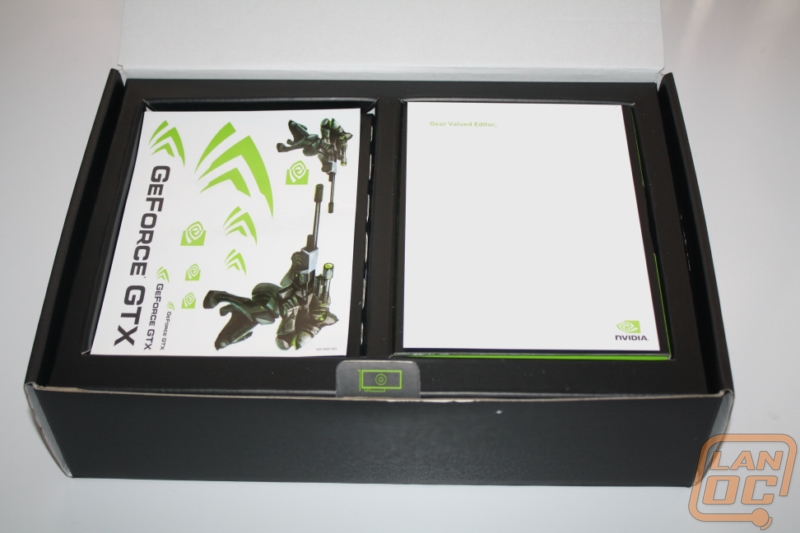 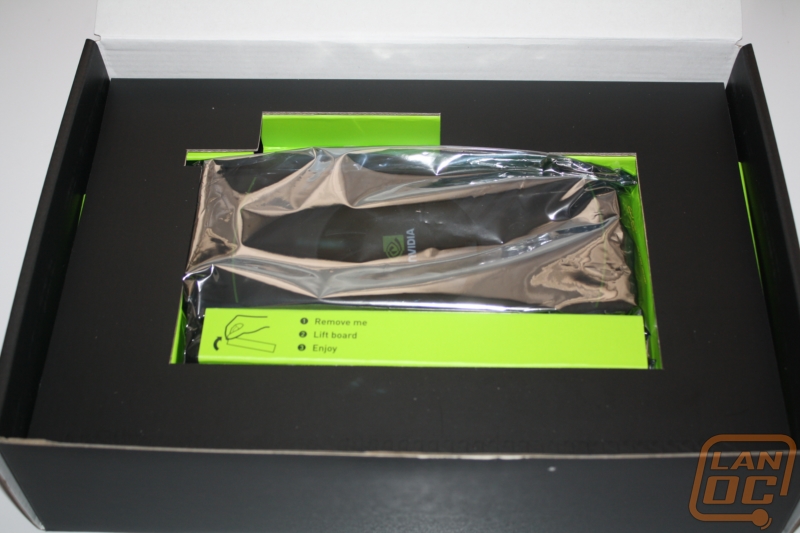 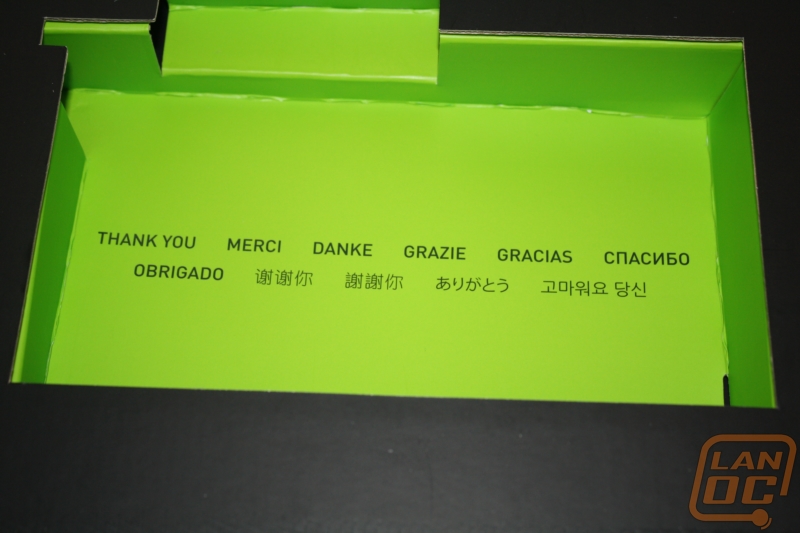 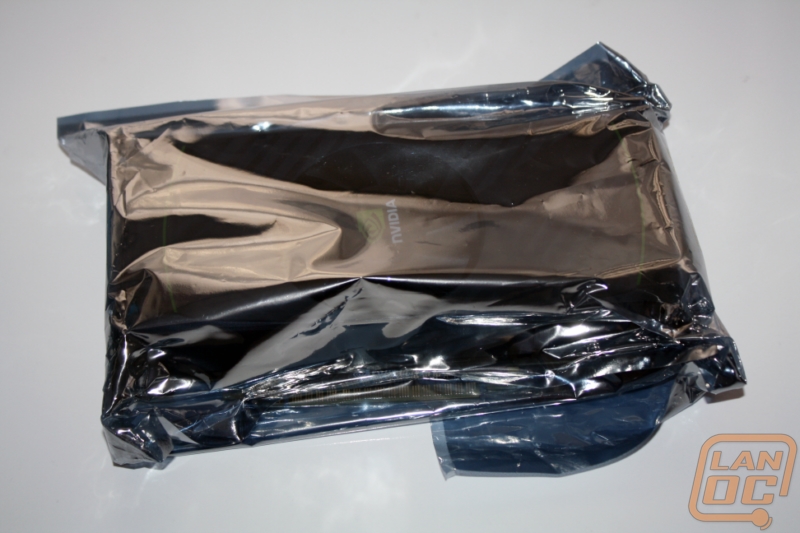 Obviously Nvidia cares about this launch, as they should. The GTX550 Ti will fall right into their bread and butter. If my bread and butter came in packaging this spiffy I would be eating nothing but toast!

When Nvidia launched their 400 series, each of the gaming cards were given a name. The GTS 450 was called “The Sniper”. Well Now that they are introducing the GTX 550 Ti “The Sniper” is back with 28% faster performance (per Nvidia’s testing). To get that performance the GTX 550 Ti’s GPU runs at 900Mhz, 120Mhz faster than the GTS450. They also upgraded the memory controller to support mixed density memory chips, allowing to run 1GB of frame buffer with the 192-bit memory interface. Without the mix density support they have the choice to run ether 768 MB of memory or 1.5GB, adding to the cost to go beyond 768MB. The GTX550 Ti boast 70% more memory bandwidth over the GTS450. You can attribute most of that to the jump from 128-bit to 192-bit on the memory controller. 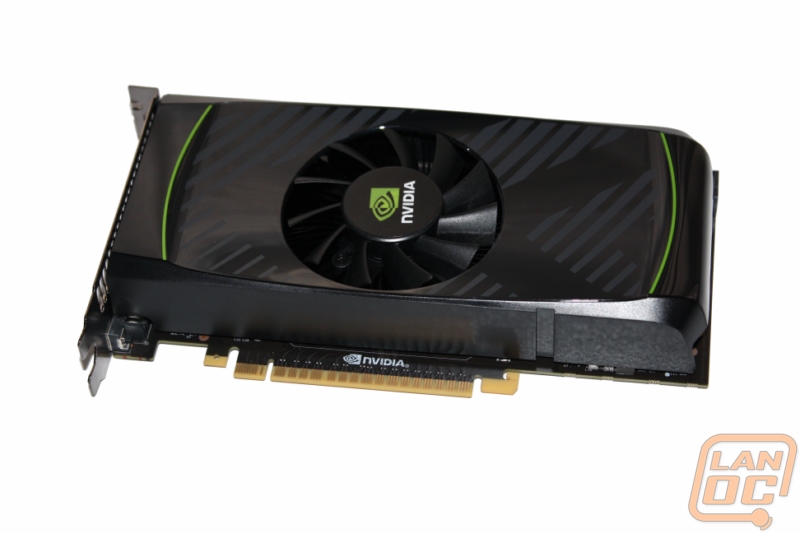 The GTX 550 Ti utilizes the Fermi architecture so you can expect all the same bells and whistles that we have seen on other 400 and 500 series cards. That means you will get to enjoy DirectX11 visuals, especially amazing tessellation performance with the workload being spread across four dedicated PolyMorph Engines. That is compared to just one PolyMorph engine on the HD5770. Because of that you can expect better performance on games with heavy tessellation like HAWKX 2 and Civilization 5.

You will also get support for Nvidia’s other technologies like Nvidia Surround, PhysX, and 3D Vision. Just because it’s a budget card, doesn’t mean you have to live without the same features as the big dogs. You still have 3D Vision support as long as you have the correct monitor and the glasses kit. When paired up with a second card you can run NVIDIA Surround with three monitors. Last but not least you also get full PhysX support, something that will come in handy in games like Mafia 2.

Nvidia used the same cooling solution on the GTX 550 Ti as they did with the GTS450 as you can see in the photo below. That means they still have the protruding fan blades than can nip you if reach near them while they are running. 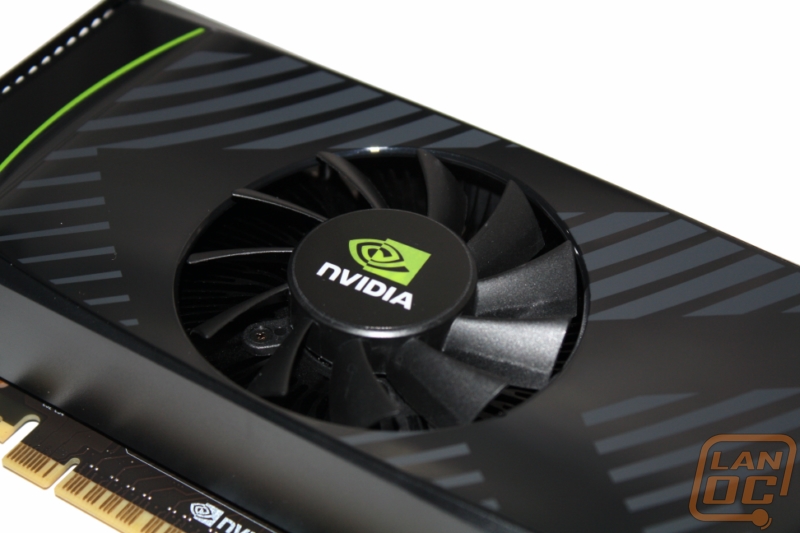 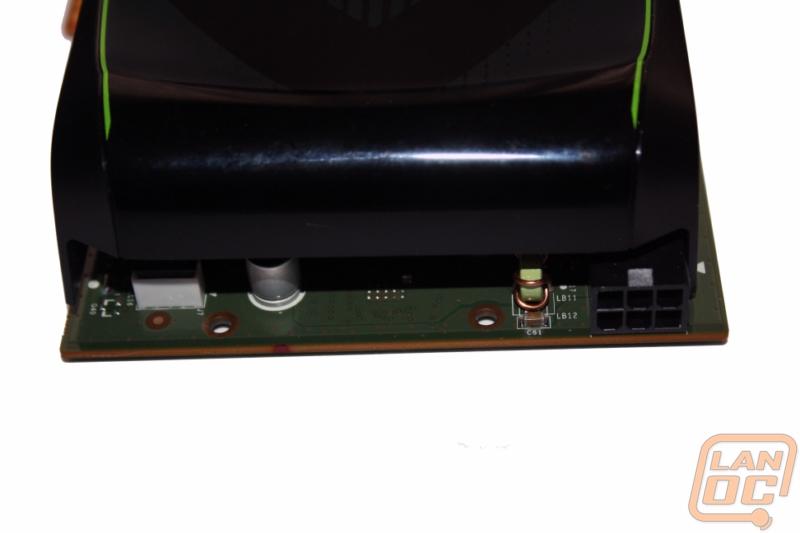 This time around the PCB is black 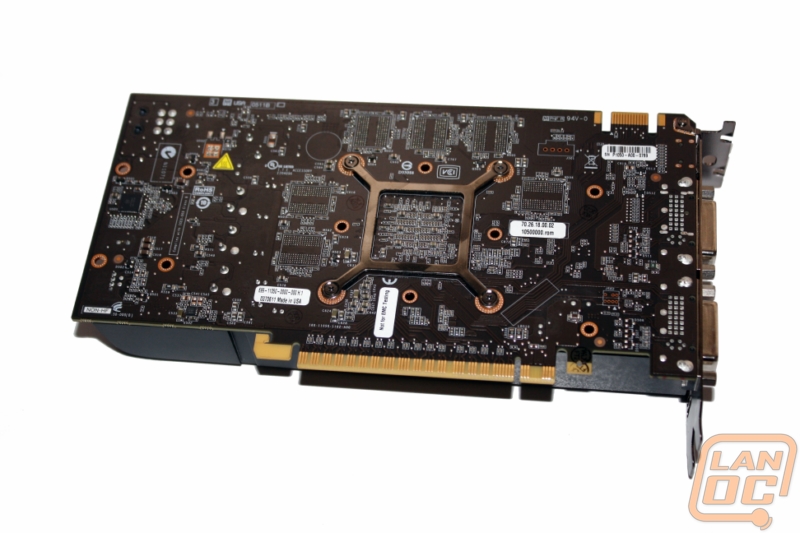 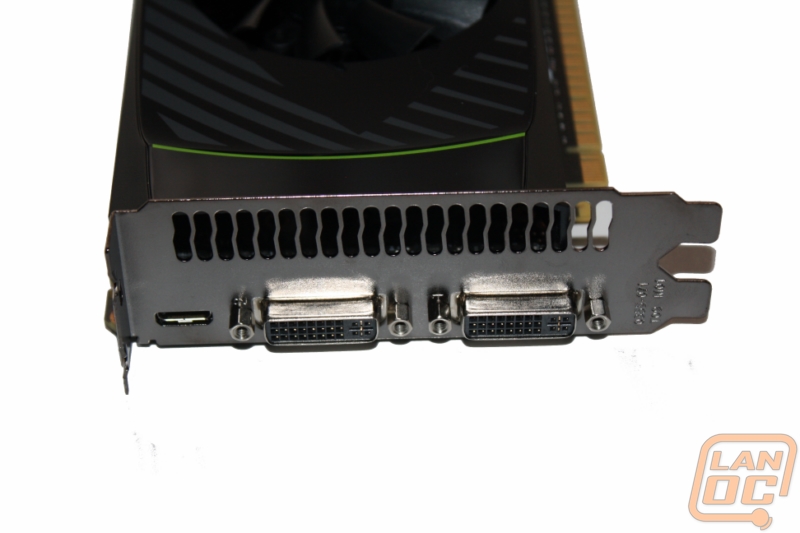 When put next to a GTS 450 you will be hard pressed to find many differences on the back of the card other than the different memory arrangement around the GPU. After a close examination I could only find three other minor differences beyond the memory. 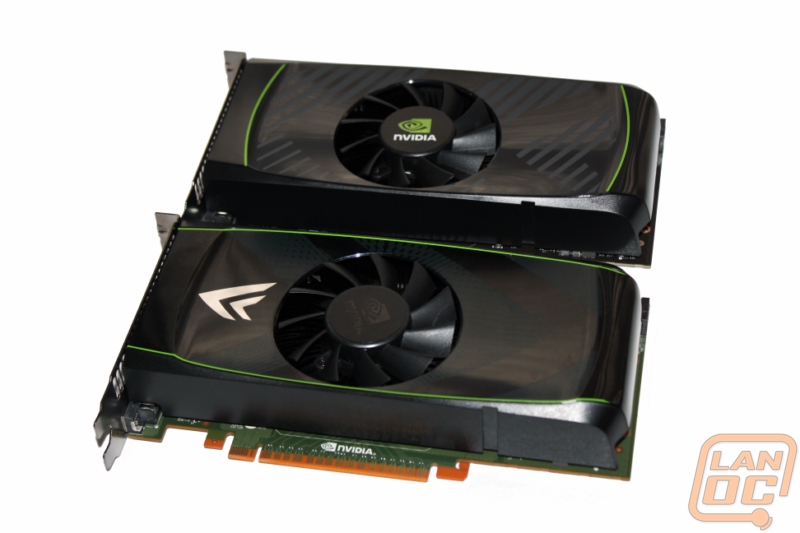 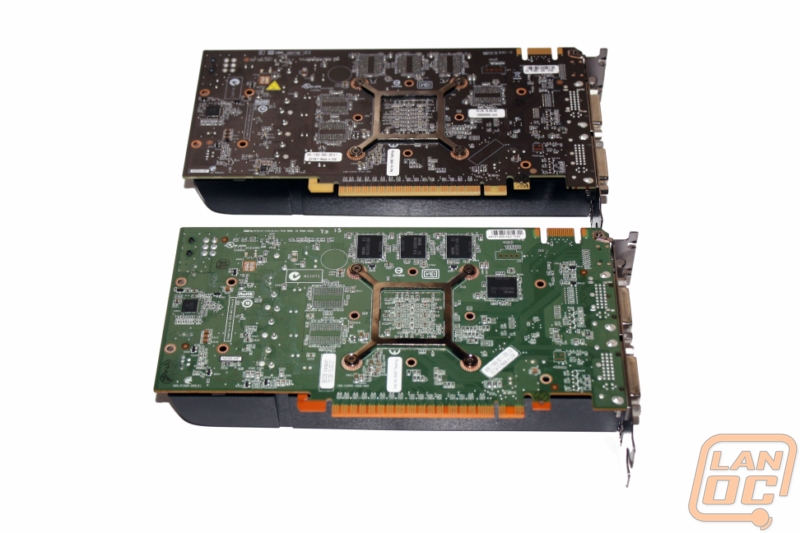 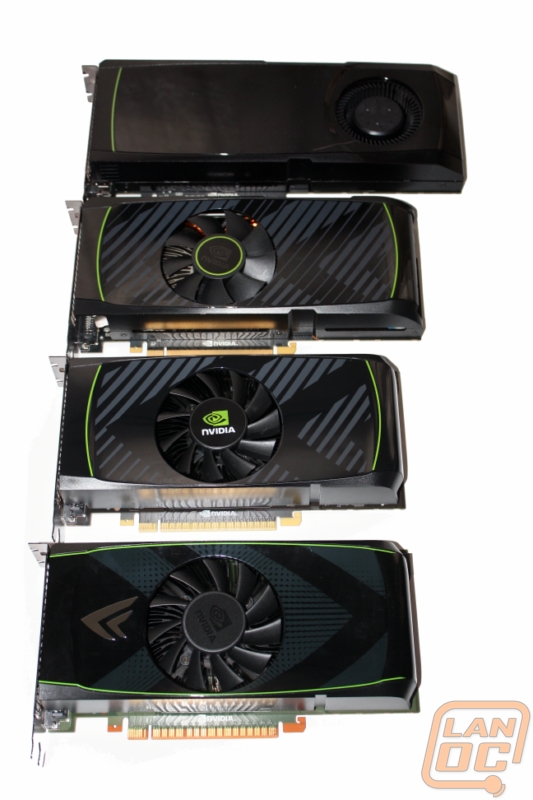 When next to some of its family members you can see the similarities between the GTS 450 and the GTX550 Ti, including length. The GTX 580 does a good job of making everyone else look a little shorter also. 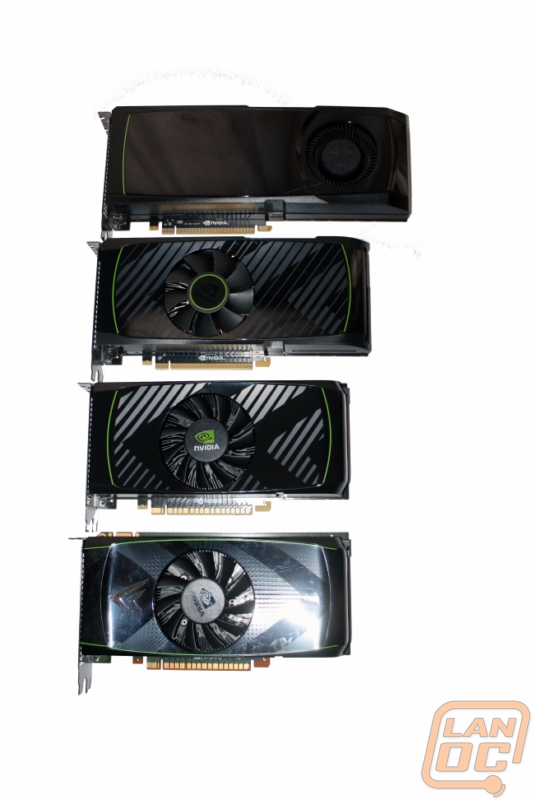 To start things off I ran through our standard tests as listed above. To go along with it I busted out our GTS450 and HD5770 to redo our testing with up to date drivers and to have results using our more in-depth testing process that we put in place recently. Here are the results. 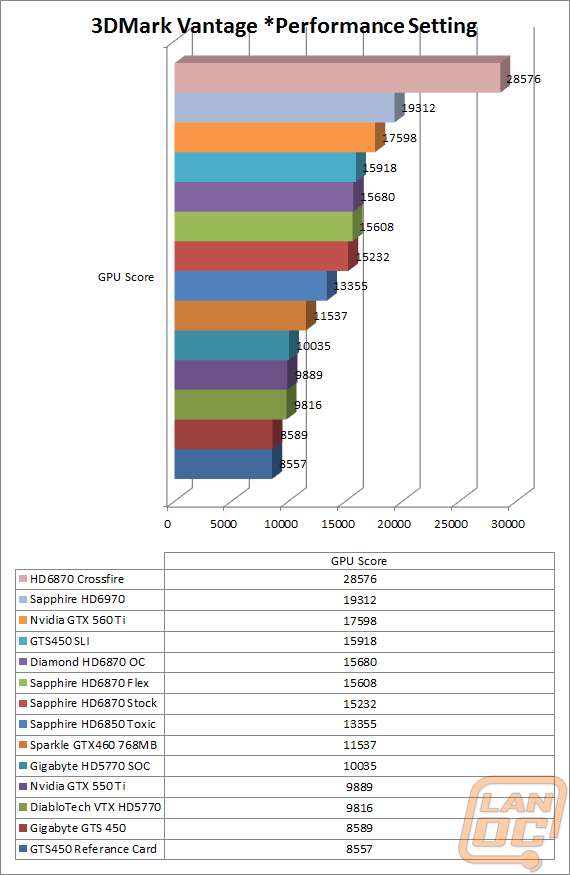 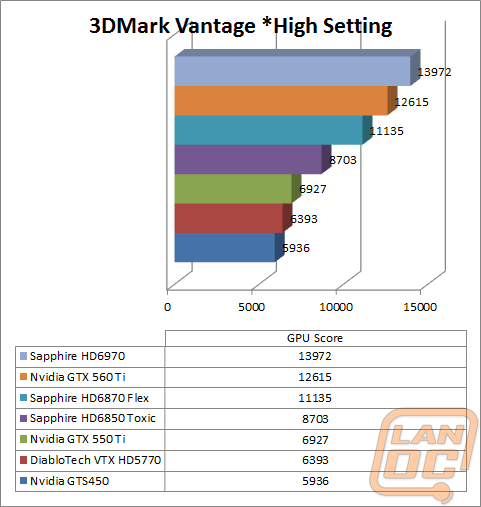 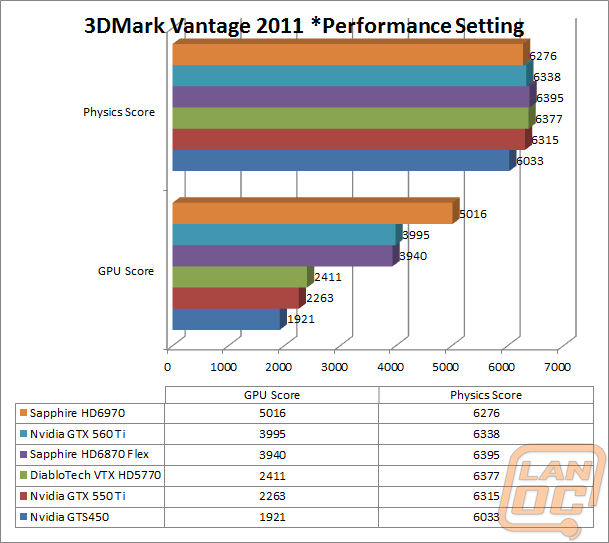 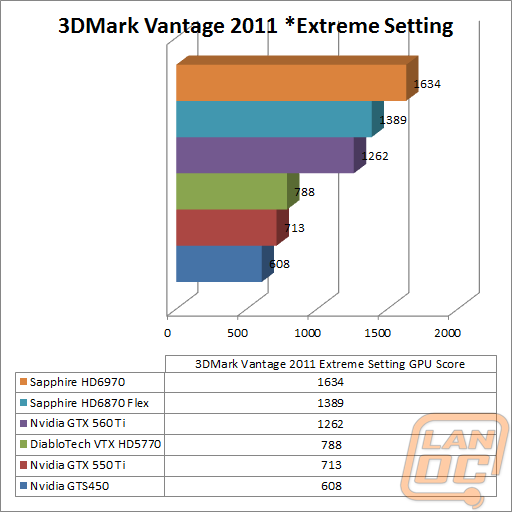 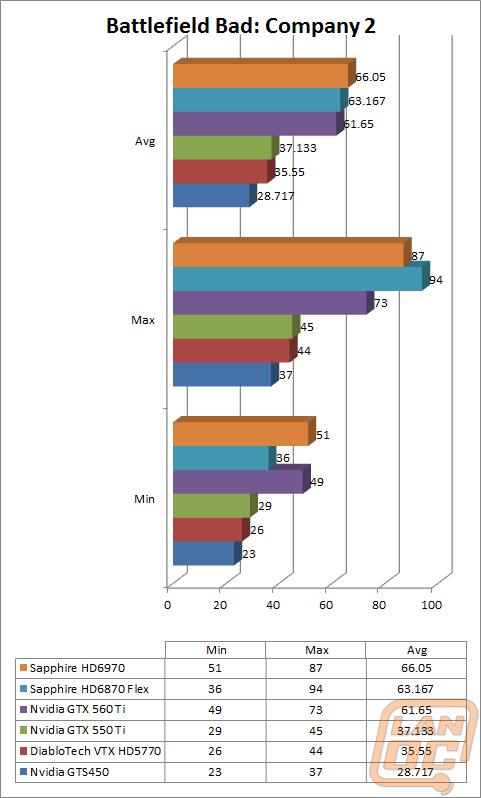 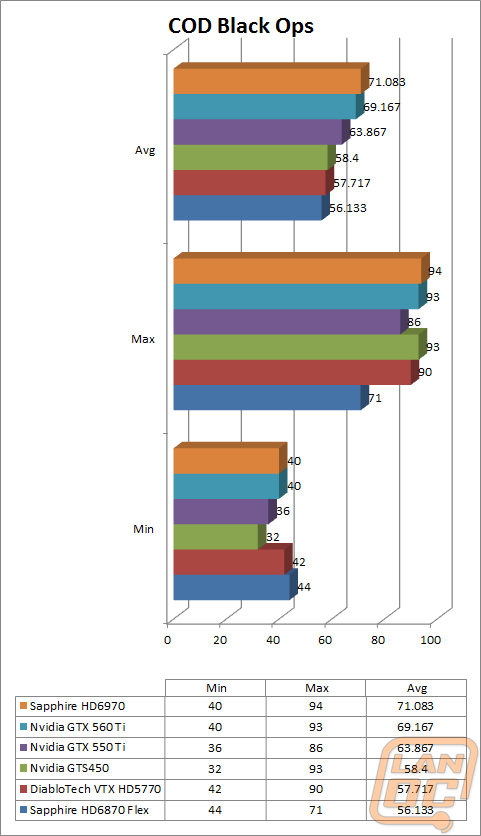 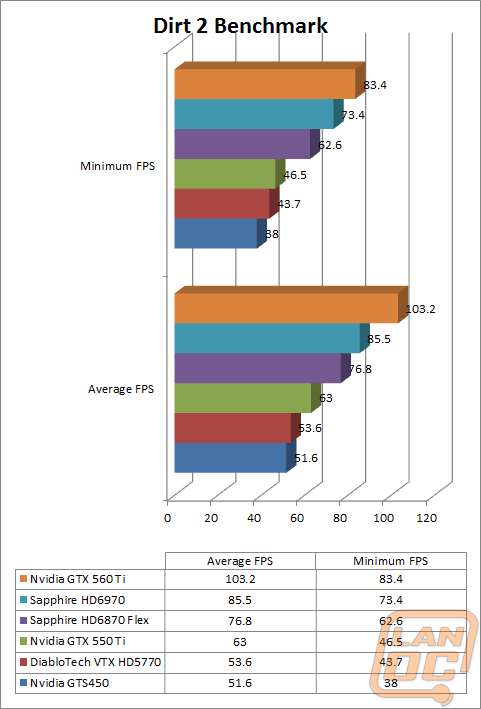 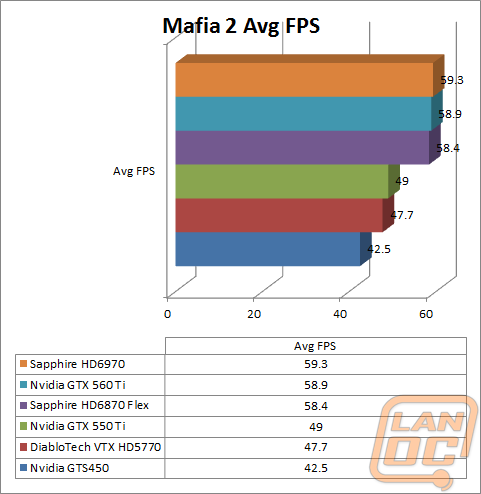 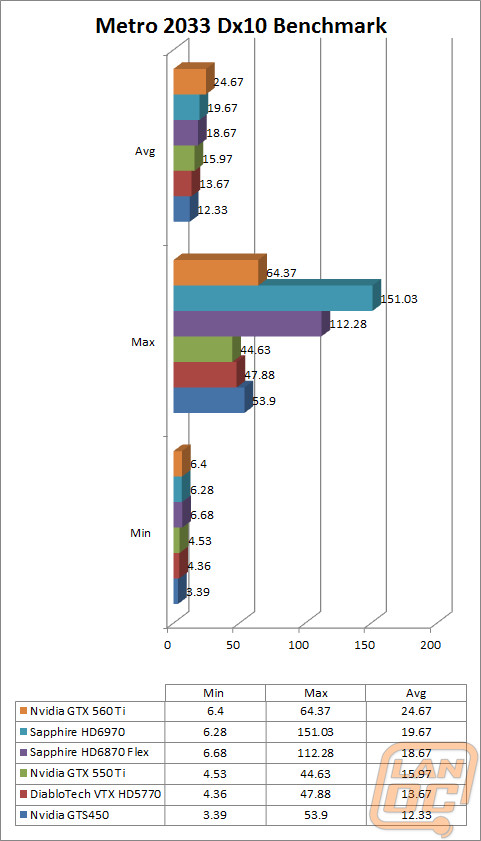 Having already gone over the differences between the GTX 550 Ti and the GTS450 it wasn’t a surprise that the new card outperformed the GTS450 in every test by a considerable margin. On top of that Nvidia bested the HD5770 is every in game test but the HD5770 did edge out on ¾ of the synthetic benchmarks. Of course are you going to enjoy your synthetic benchmark scores or actual in game performance. 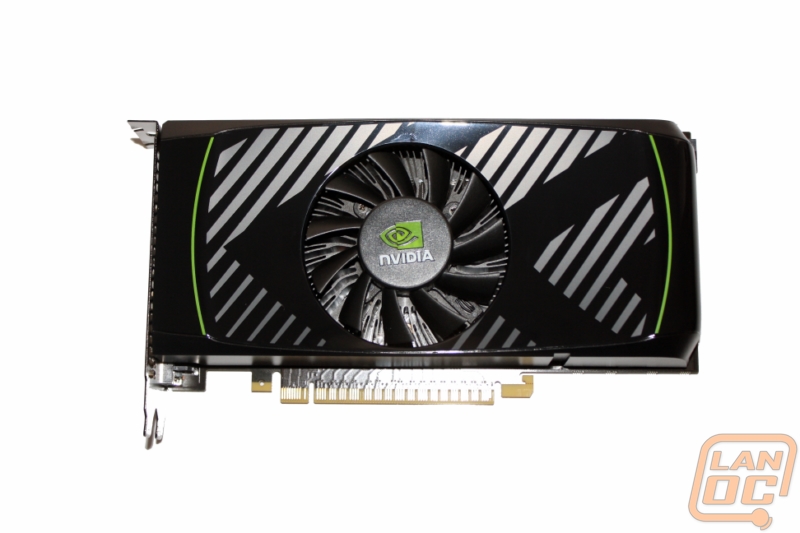 Our testing also includes seeing how well they keep the card cool and quiet with a good cooling design. As with all of the other 500 series cards, the cooling performance was top notch with their reference design. I did find that the hard made a slight fan noise at just about every speed. I think it has to do with the design having the fan stick out a few mm to the rest of the shroud. In a PC with other noisy components it shouldn’t be an issue, but if you are looking for something silent you may want to look at designs with aftermarket cooling as they come out.

Nvidia set out to create a card that is direct competition with AMD’s HD5770 and after seeing the cards performance I think they did a great job. Every in game test we ran showed the GTX 550 Ti outperforming the HD5770, only seeing the HD5770 edge out in synthetic benchmarks. Of course the performance is nothing without the right price point. With a suggested retail of $149 the GTX550 Ti is pushing a little high when compared to the current prices for HD5770’s. I would expect to see a little more adjustment in the pricing when things settle, if not this card may have a hard time getting the performance/price crowd. The card itself is an amazing performer, if you are looking for all of the Nvidia features like 3D and PhysX you really can’t go wrong, but until the price point settles the value of the GTX550 Ti is going to heavily depend on its selling price, I hope it comes down, it could be the bread and butter card to get this summer. 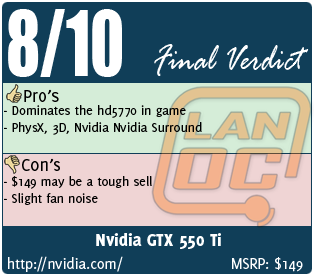 You might call him obsessed or just a hardcore geek. Wes's obsession with gaming hardware and gadgets isn't anything new, he could be found taking things apart even as a child. When not poking around in PC's he can be found playing League of Legends, Awesomenauts, or Civilization 5 or watching a wide variety of TV shows and Movies. A car guy at heart, the same things that draw him into tweaking cars apply when building good looking fast computers. If you are interested in writing for Wes here at LanOC you can reach out to him directly using our contact form.
Discuss this article
Log in to comment
Posts in discussion: Nvidia GTX 550 Ti