It was only a few months ago when everyone found out that AMD’s HD6800 series would not be their flagship, rather a performance/price sweet spot. Today we finally have the chance to take a closer look at the new HD6970, AMD’s most powerful single GPU graphics card. Sapphire sent out one of their Radeon HD6970 Battlefield Bad Company 2 Vietnam – Gaming Edition, a mouthful to say the least. But will the performance live up to the oddly long name? Let’s find out. 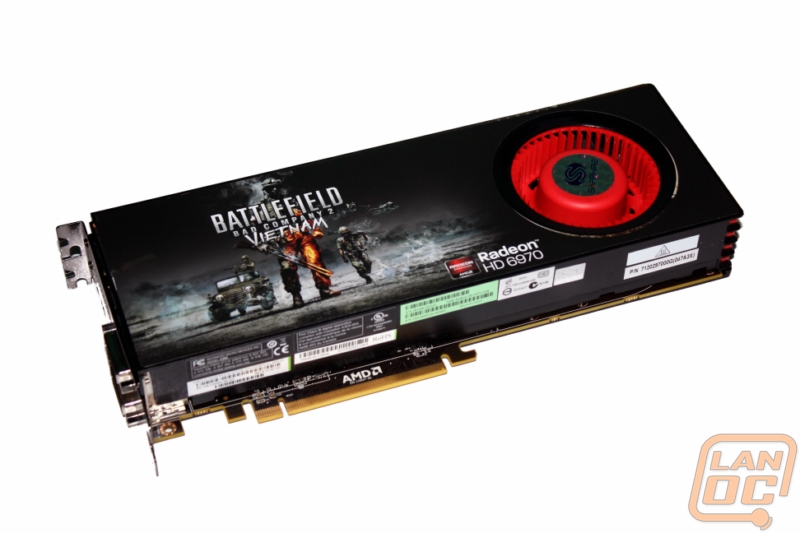 With the introduction of the 6870 and 6850 AMD was able to refine the architecture that we saw in the 5870 to see up to 35% more performance per mm² and it showed in all of our performance tests. The HD6900 series cards have changed things up once again using a new VLIW4 core architecture along with dual graphics engines. The new architecture will support up to 24 SIMD engine along with up to 96 Texture Units. The GDDR5 memory interface is 256-bit and supports up to 5.5 Gbps bandwidth. The VLIW4 core design promises 10% improvement in performance/mm2 and will simplify scheduling and register management.

To go along with the other improvements AMD also redesigned their power play technology. PowerPlay is a set of technologies that are designed to conserve power when the demand on the GPU is low. This keeps power usage and heat generation to a minimum unless the job requires it. AMD’s new PowerTune technology builds on this and helps deliver higher performance by dynamically adjusting the clock speed during use based on an internally calculated GPU power assessment. The short version of this means that they are now able to throttle your GPU core speed and voltage usage giving you better performance for games and applications that don’t push the GPU’s limits without having stability issues on applications that push your GPU to the limit.

With this HD6970 being Sapphires Battlefield BC2 Vietnam edition their packaging design has the games logo and cover art included on the front. Along with that, as always, Sapphire has included everything you need to know on the front of the packaging. The most important information like the model number and RAM are in large letters, everything else is in a nice box at the bottom. All of this information can be a little overwhelming for some, but it makes picking a video card much easier when shopping at your local electronics store. Around back they have taken the information from the front and included explanations of what each means. On the bottom left you will find a box full of award logos from various publications (although the LanOC award is strangely missing) along with all of the various FCC, CE, RHS compliancy logos that are needed. 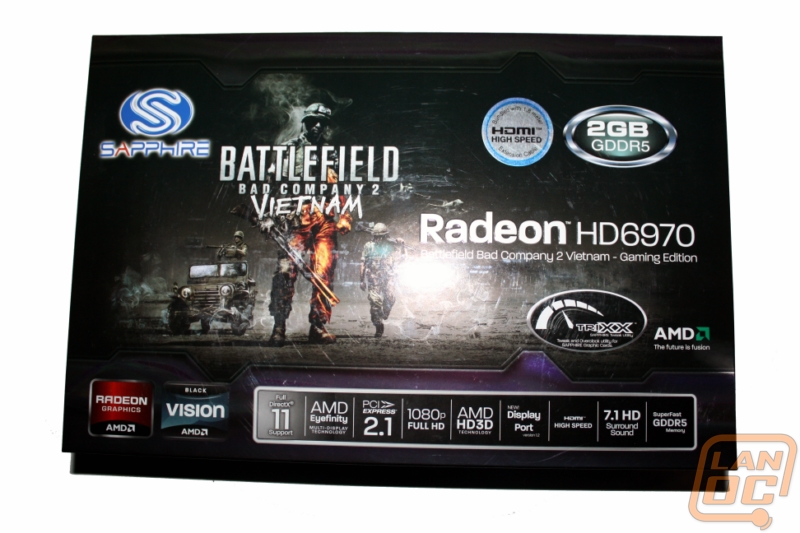 Inside there is a cardboard box, when opened the HD6970 is right on top wrapped in a static/bubble wrap bag to keep it safe. Under the card and the tray holding the card you can find a 2nd box that holds all of the included accessories, manuals, information cards, and software. A few notable things to mention would be the included 1.8 meter HDMI 1.4a cable, Mini Displayport to Displayport adapter, and a card with information on how to receive your free copy of Bad Company 2 Vietnam. 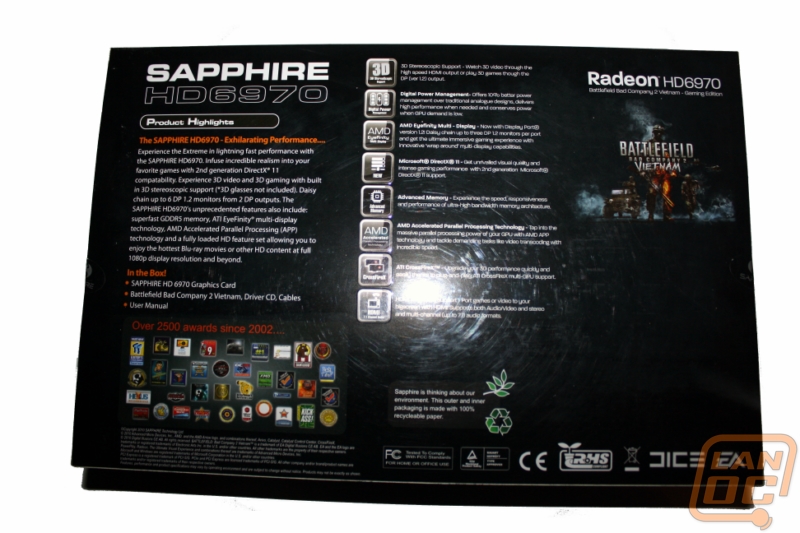 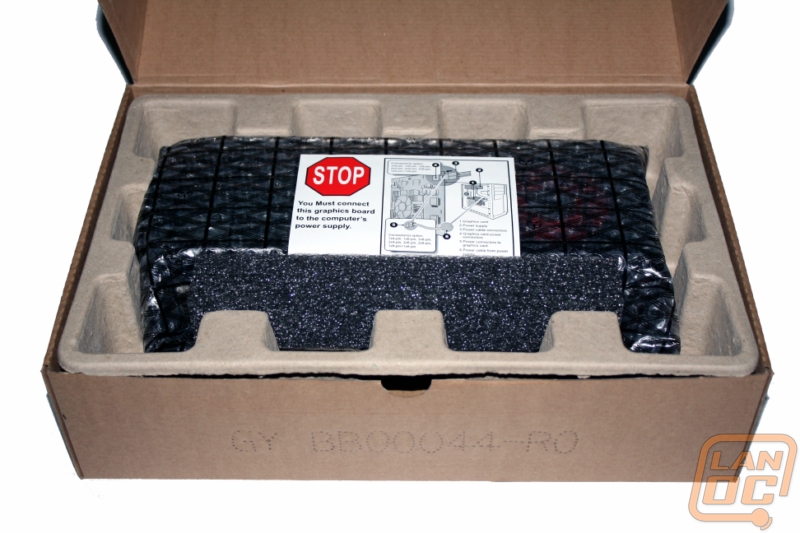 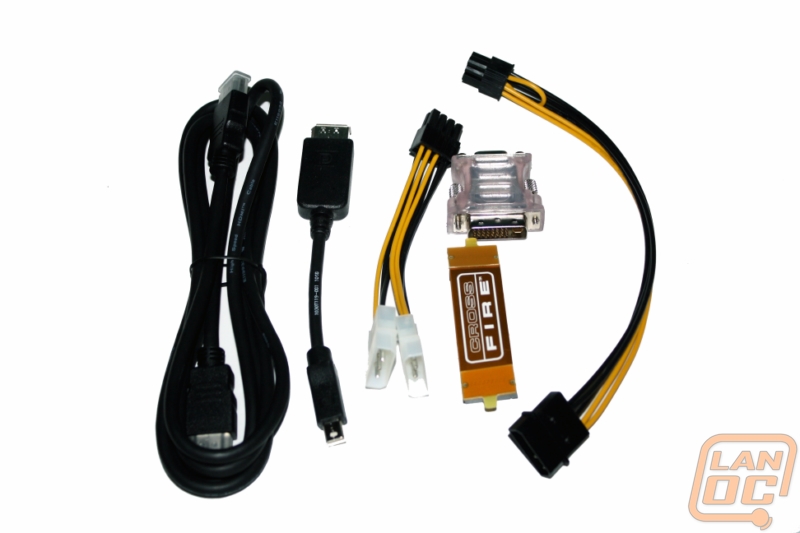 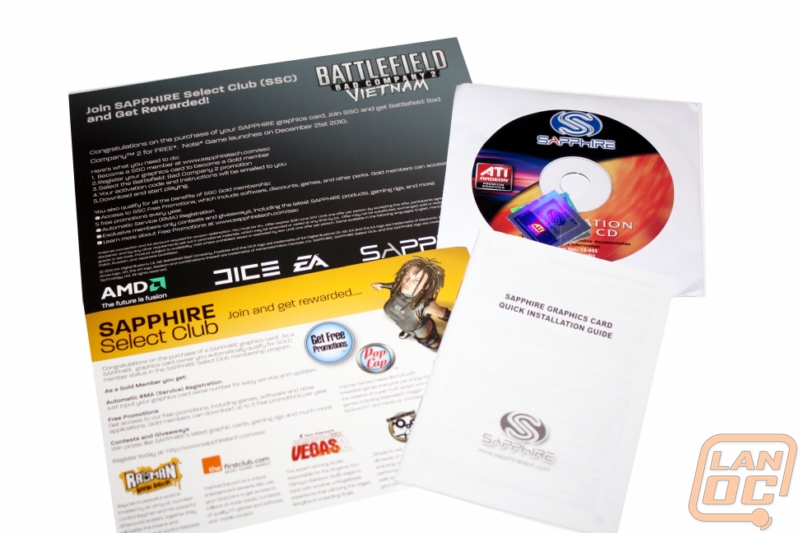 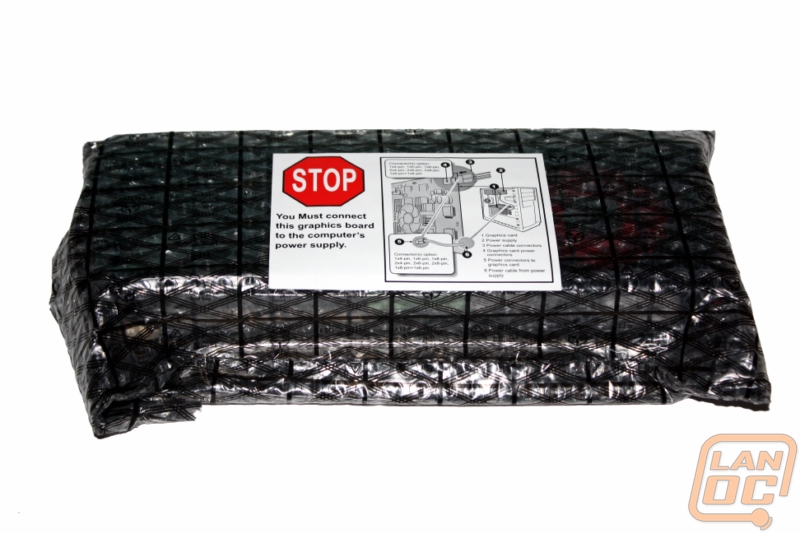 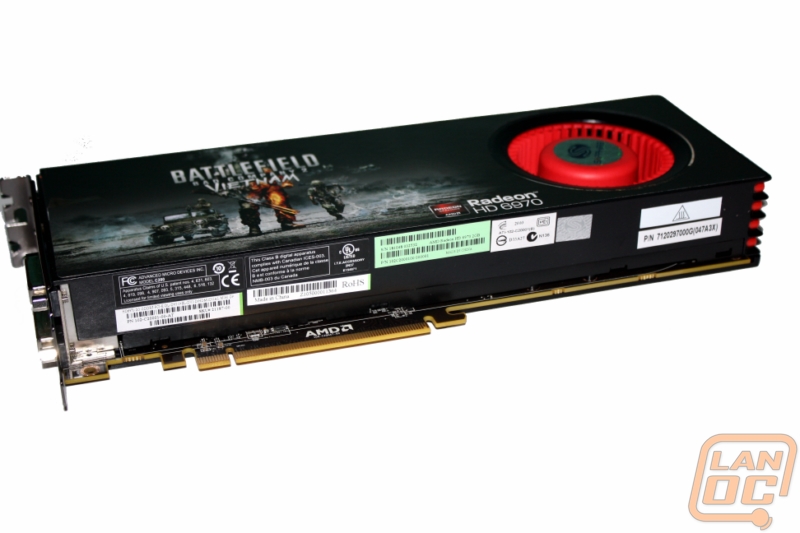 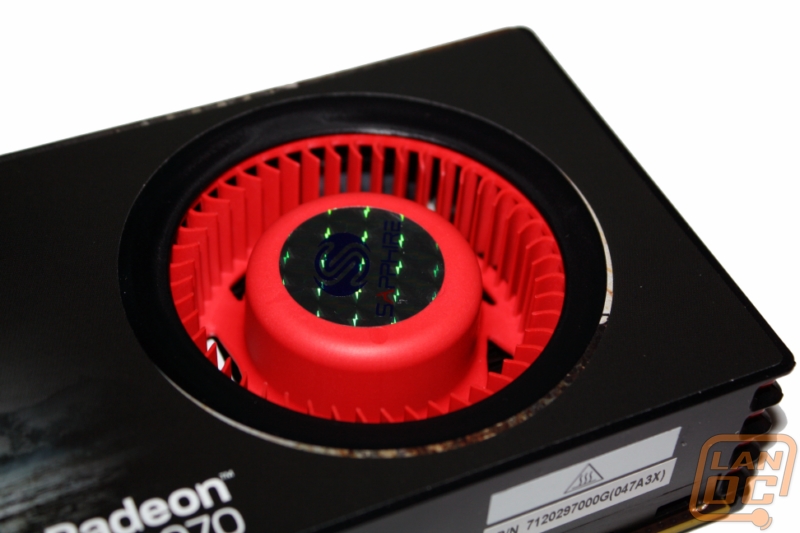 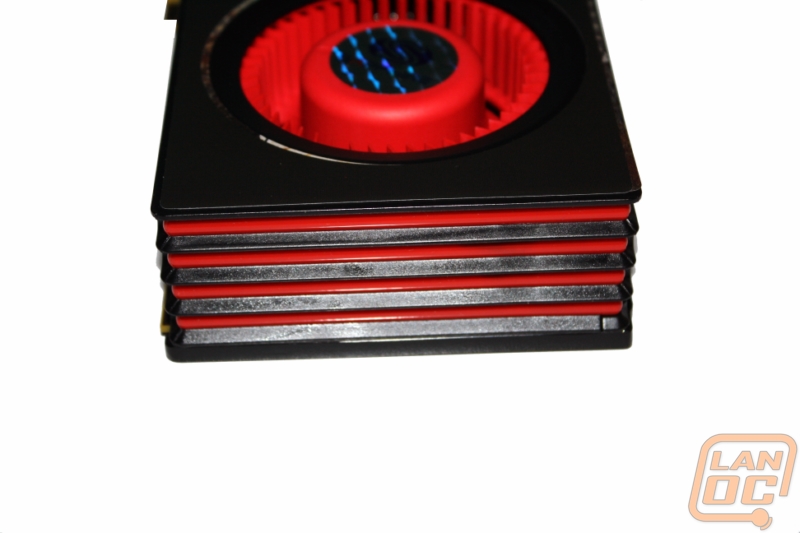 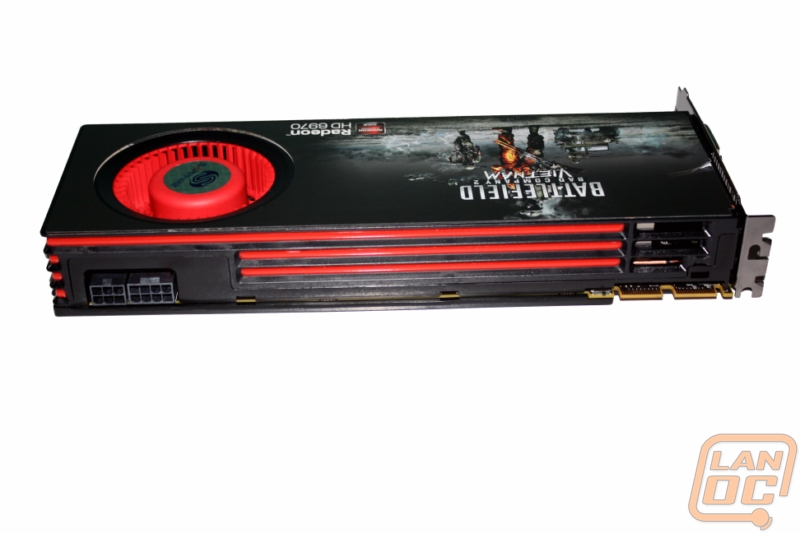 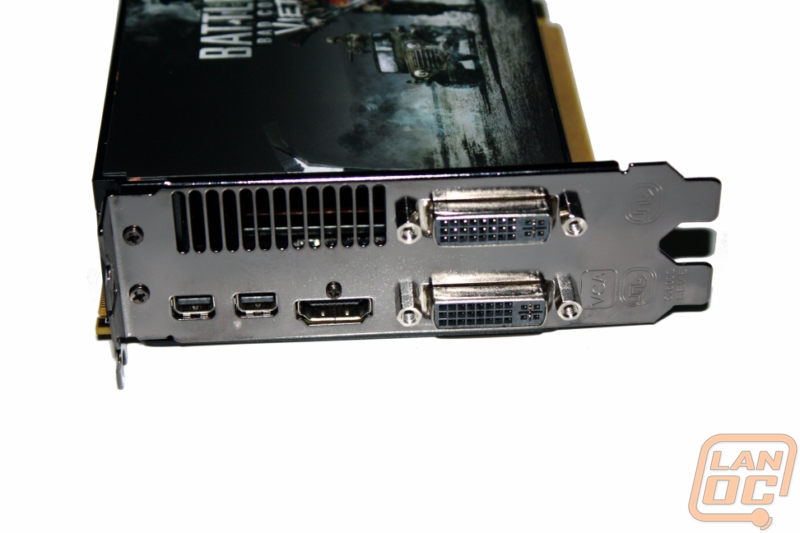 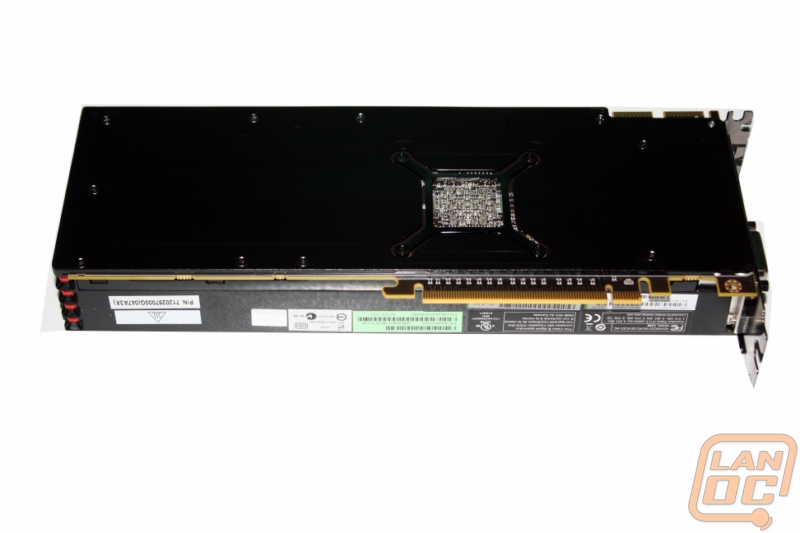 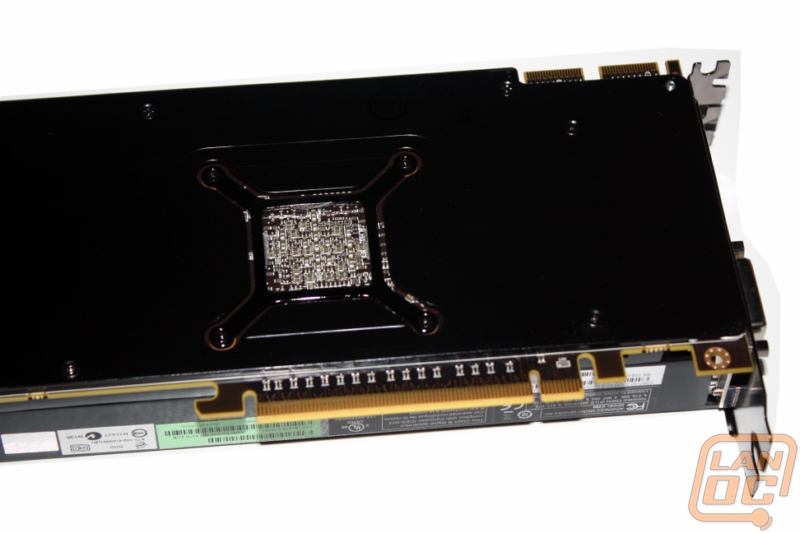 As always we put the Sapphire HD6970 through a collection of both synthetic and in-game benchmarks to get an idea of its performance. While doing that we are able to also get an idea of its noise performance and cooling performance also. You will notice a few new benchmarks like the recently introduced 3DMark Vantage 2011 along with more games. We felt this selection of games gives a better representation of what you our reader would be pushing your GPU to the limit with. Because of this we currently only have full comparison listings for our old benchmarks, we will be filling in tests for our new benchmarks from now on. 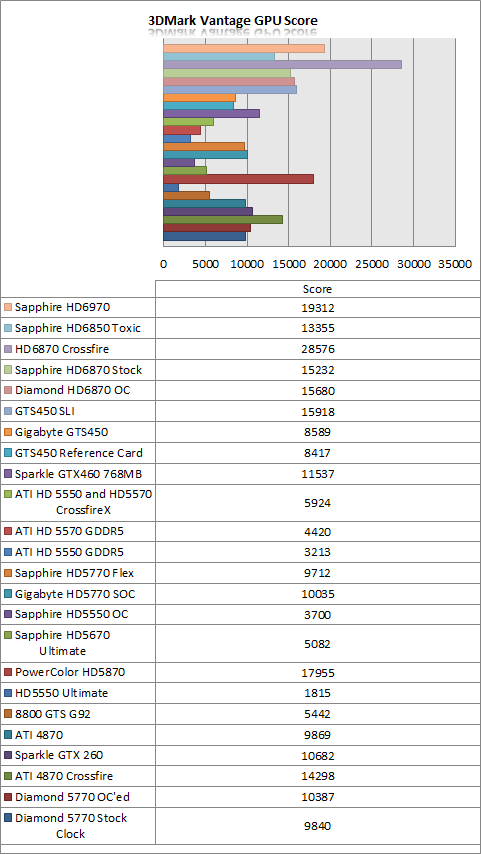 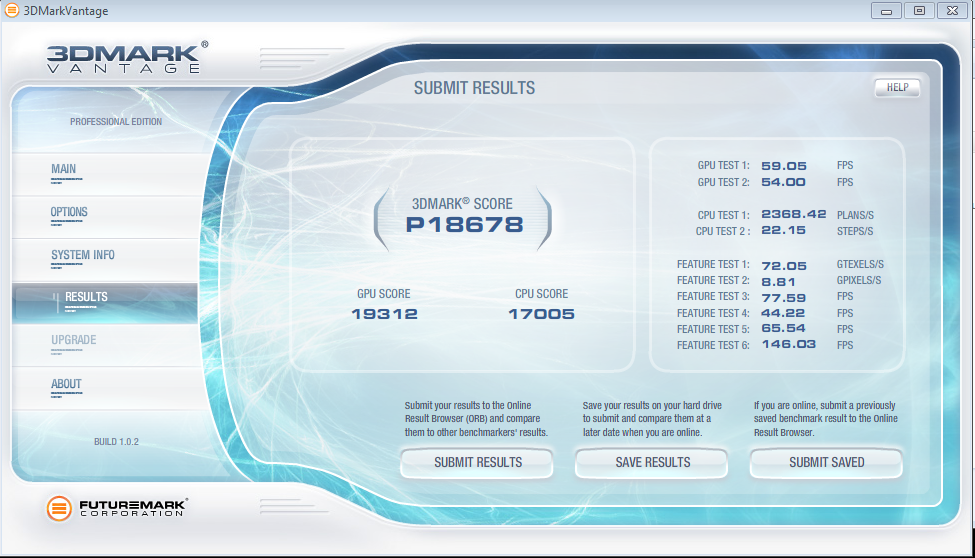 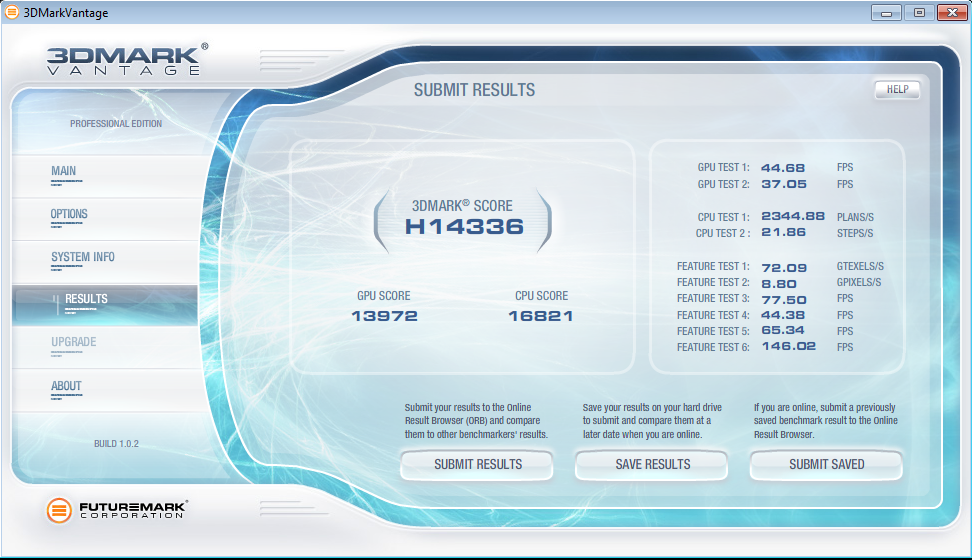 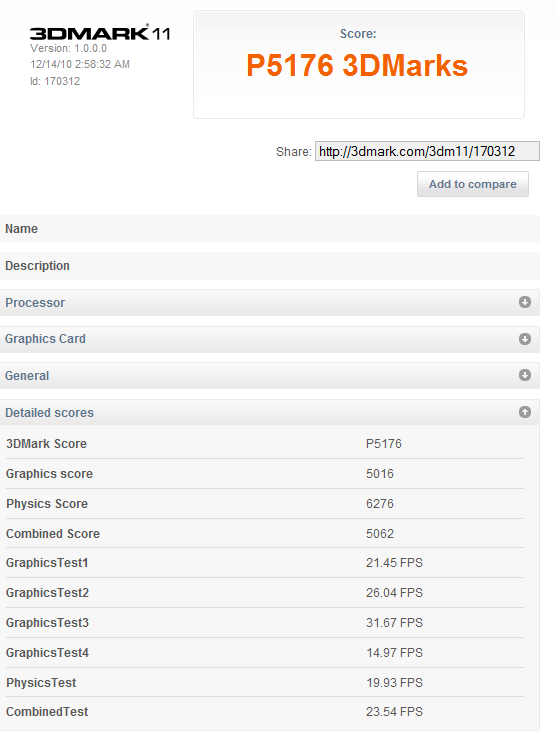 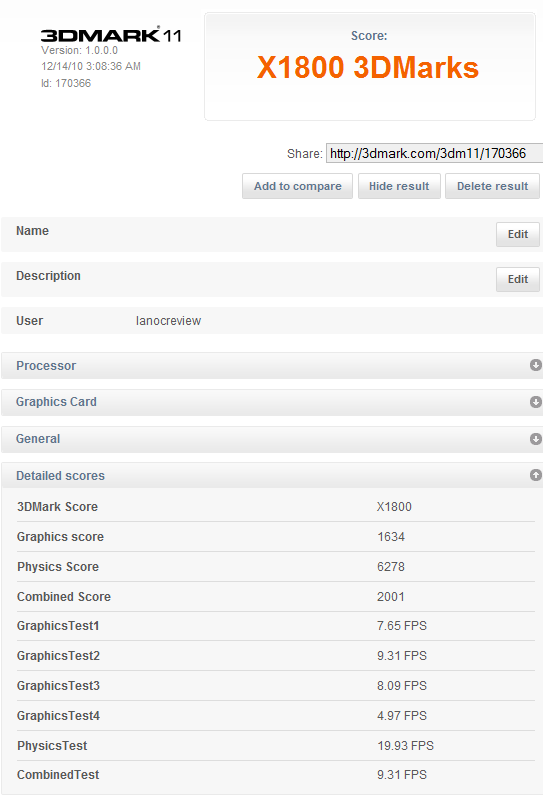 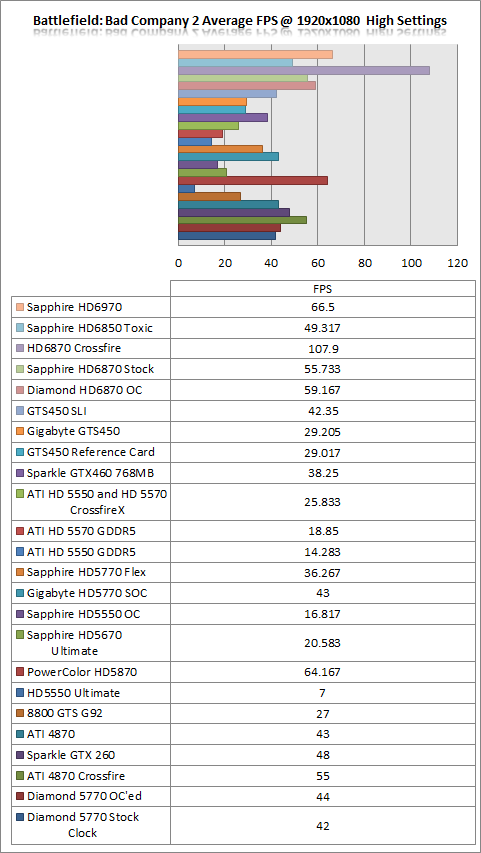 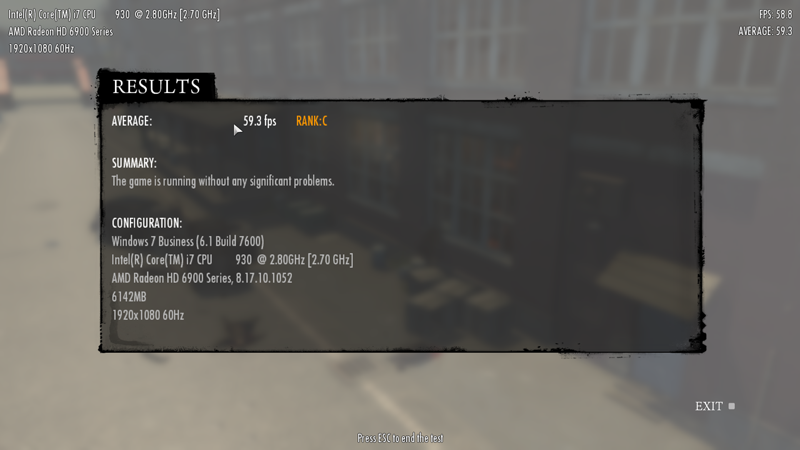 As you can see, short of throwing Metro 2033 on very high settings at the HD6970 it will chew through anything. The 3Dmark Vantage score shows an improvement over the 6870 by just over 4000 points, very impressive. The only card giving the HD6970 a run for its money is AMD’s own HD6870 in Crossfire. Imagine what two HD6970’s will do!

The HD6970 uses the reference design cooler from AMD, generally reference designs are known for not being the most efficient or the quietest. During my testing I saw the HD6970 idle at a low 31 degrees Celsius and under load during our Metro 2033 benchmark I saw 67 degree’s Celsius as a high. Both of these numbers are impressive for a reference heatsink design but considering the performance we saw on the HD6800 series I am not shocked. Of course all the cooling in the world won’t help you if your card puts out enough noise to keep you from hearing the guy coming up behind you in game. The noise performance of the HD6970 was very impressive, without using the manual fan controls I wasn’t able to get the fan up beyond 30% usage while benchmarking making its in game noise level near its idle performance. But make no mistake, if you provoke this card by turning up the manual fan controller up to 100% you will be blown away by the noise it can make. Thank goodness you won’t have to worry about that day to day save for a quick growl when booting up. 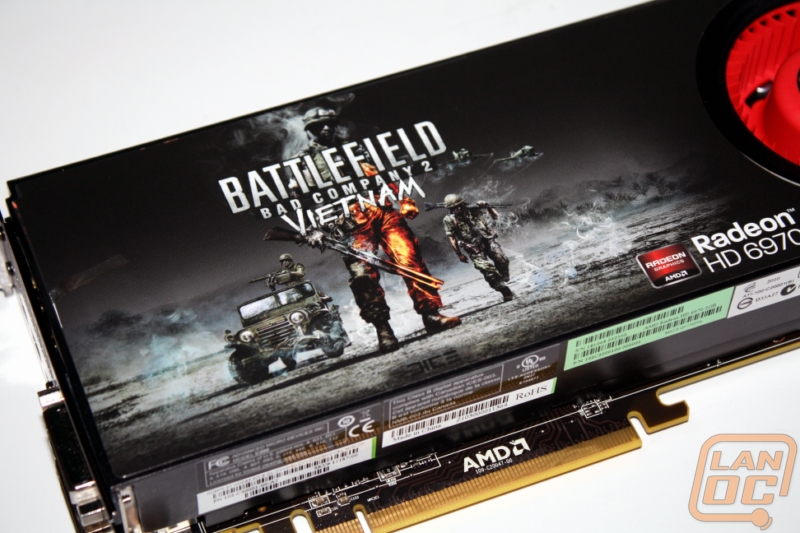 With good performance it’s clear AMD came to play with the HD6970. They have made big strides to make the HD6970 more efficient no matter much you are pushing its limits with PowerTune. Being priced starting at $369 puts it right at the same price range as the GTX570 and considerably lower than the GTX580. A very reasonable price for AMD’s current flagship model (the HD5970 is still their performance king though). All of the current HD6870’s sport 2 gigs of GDDR5 memory but expect to see cheaper 1Gb variations on the market after the first of the year. Specific to our test card, Sapphire did a great job with the cards graphics along with the packaging to go with the Battlefield Bad Company 2 Vietnam theme, even better is the fact you receive a copy of the game just by registering you video card making this a great value also. Sapphire is also planning on bringing out a second BF:BC2 Vietnam edition HD6970 that will come in a special suitcase for those of you (myself included) who can’t resist cool packaging. 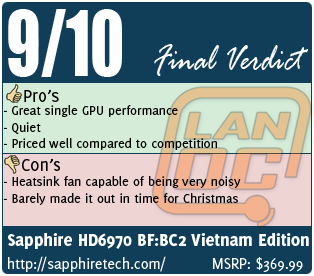 You might call him obsessed or just a hardcore geek. Wes's obsession with gaming hardware and gadgets isn't anything new, he could be found taking things apart even as a child. When not poking around in PC's he can be found playing League of Legends, Awesomenauts, or Civilization 5 or watching a wide variety of TV shows and Movies. A car guy at heart, the same things that draw him into tweaking cars apply when building good looking fast computers. If you are interested in writing for Wes here at LanOC you can reach out to him directly using our contact form.
Discuss this article
Log in to comment
Posts in discussion: Sapphire HD6970 BF:BC2 Vietnam Edition

We have 1609 guests and one member online