Having taken a look at the GTX 460 only a few weeks ago, I was left impressed with its performance as it overpowered the HD 5770’s that we have always recommended. My only complaint was that NVidia’s lowest Direct X11 card would not run in my Shuttles because of the dual 6 pin connectors. With their newest addition we finally have a NVidia solution that not only has just one 6 pin, but comes in at just under 130 bucks.· Today we will be taking a peak at Gigabytes version of the GTS450 along with the reference card from NVidia to see both the difference between the two and the GTS 450’s SLI performance. 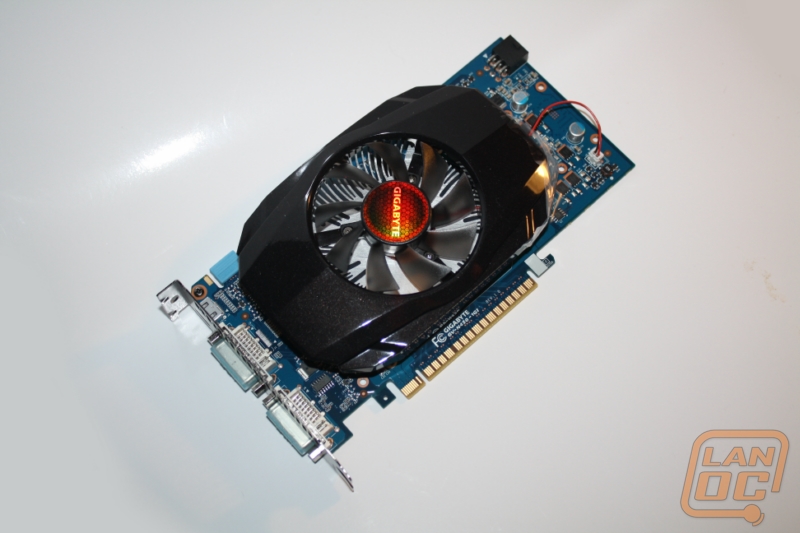 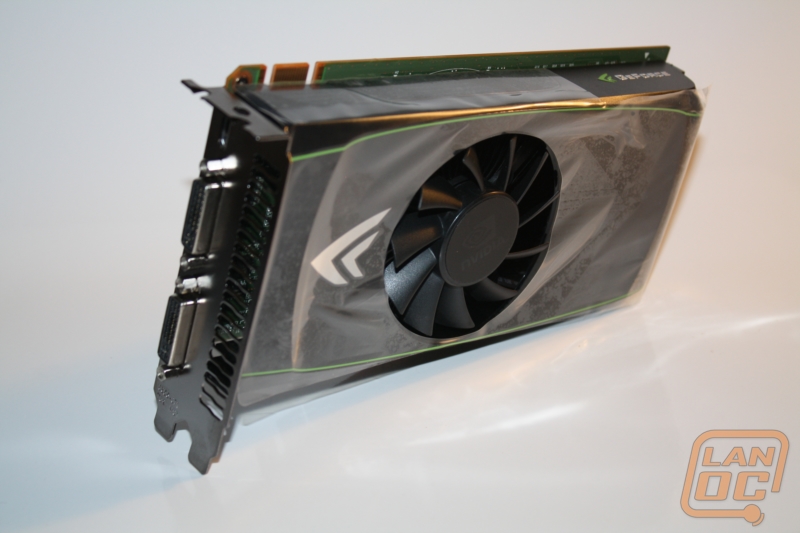 The front of the GTS 450’s packaging has what looks to be a large colorful eye on the front staring you at you, almost warning you of what is within. Around that they have placed all of the required logo’s and information including a 3 year warranty sticker. Also notable is the overclock logo, although this card is running a higher clock than the reference design they still are not designating it at their Super Over Clock model. They will be bringing out that model over the next few weeks. The back of the packaging talks a little about DirectX 11, a PhysX technology, both of which are included with the GTS 450. Oddly enough there really wasn’t a specification listing or any way to tell the performance of the card outside. I think an easy to read graph showing where this stands with other current generation cards would be really helpful to someone thinking of picking this up in the store.

Inside the packaging they included both a mini HDMI to HDMI adapter and a DVI to VGA. This was a little different than some of the other manufacturers, choosing to go with Mini HDMI to HDMI adapter cables. In this way you still have to buy the cable, but with it being an adapter you can pick up the length you need and any fix problems in the future with just a new HDMI cable. 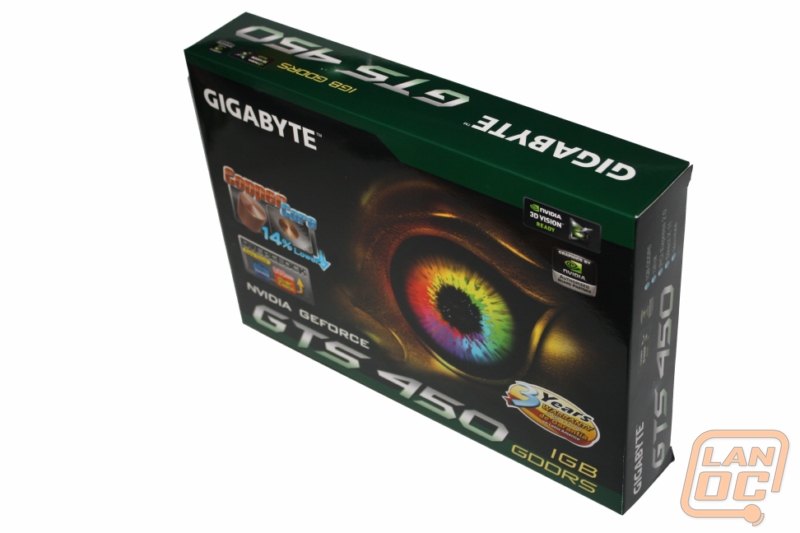 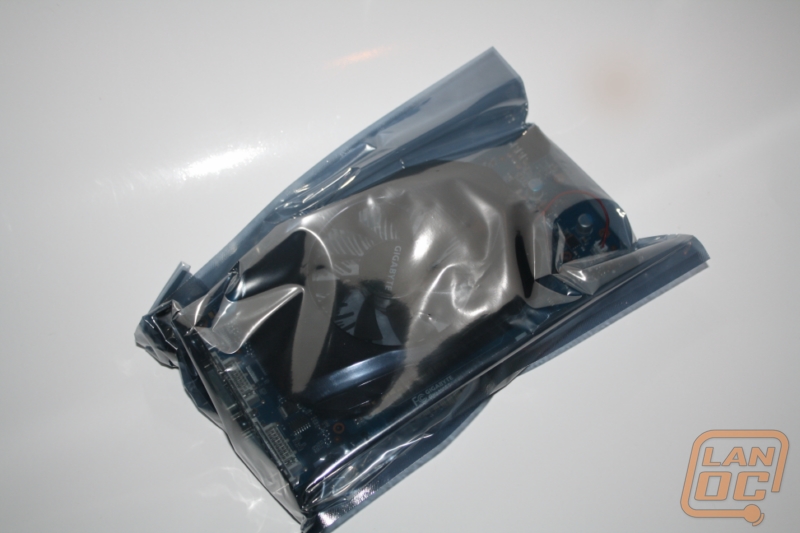 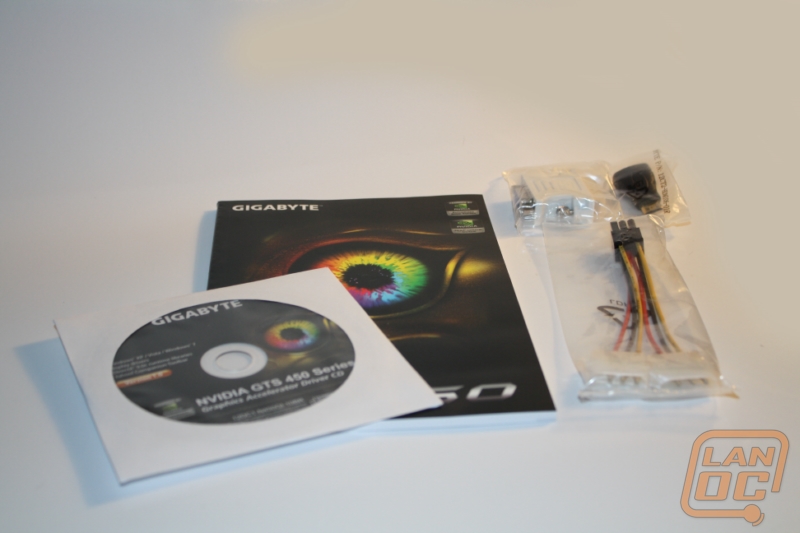 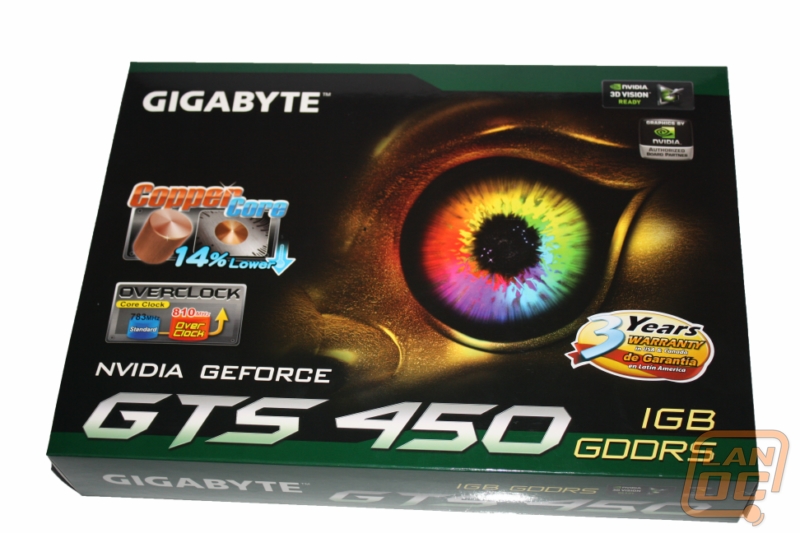 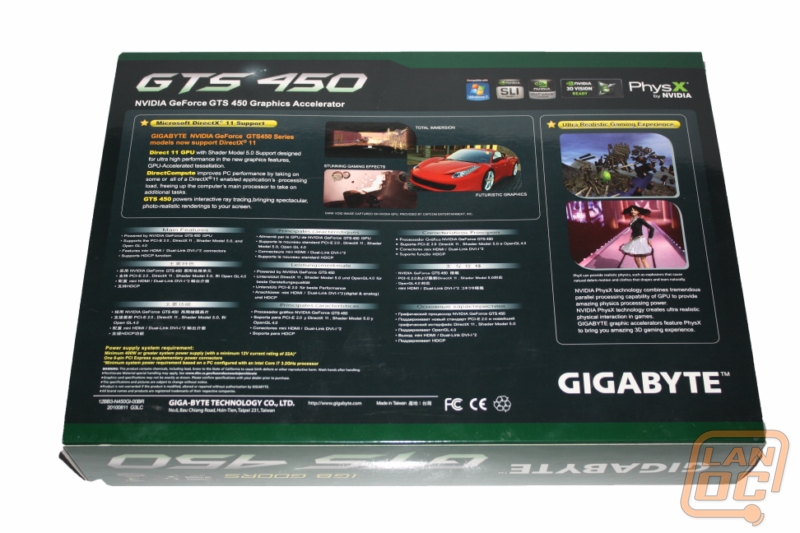 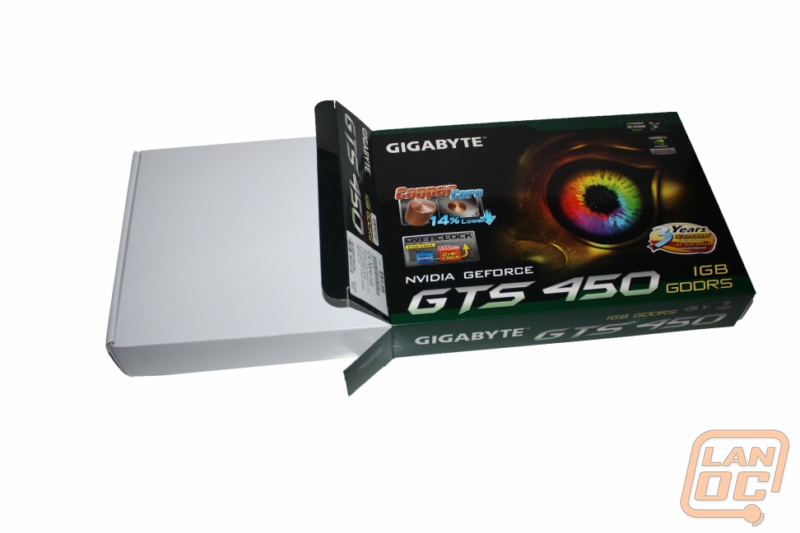 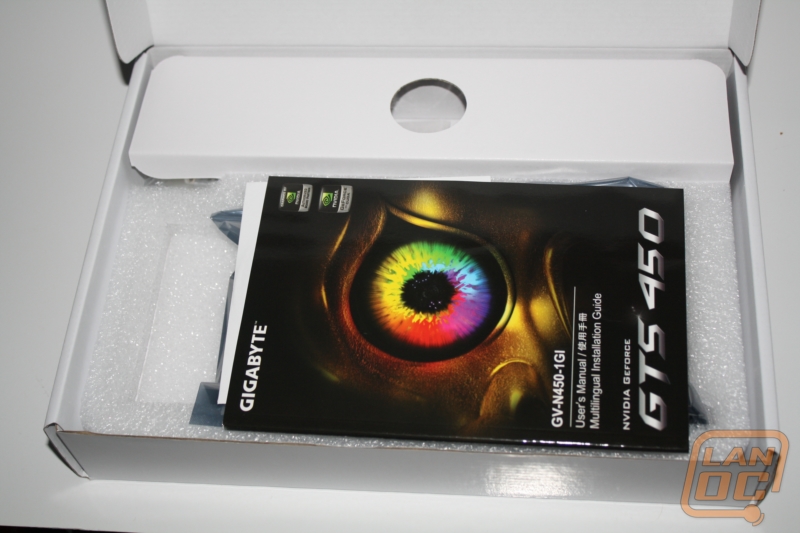 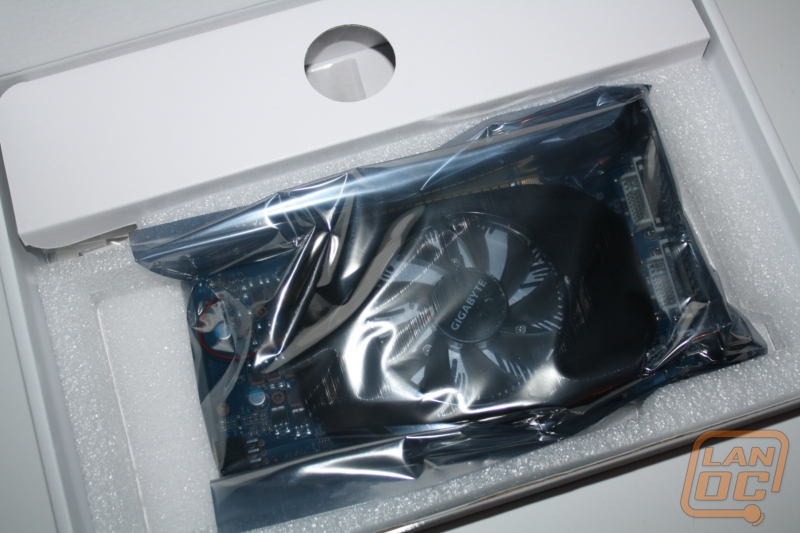 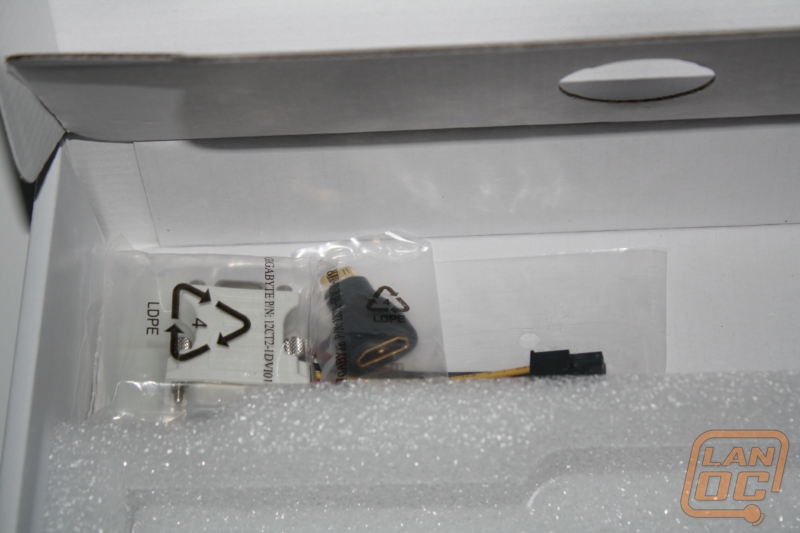 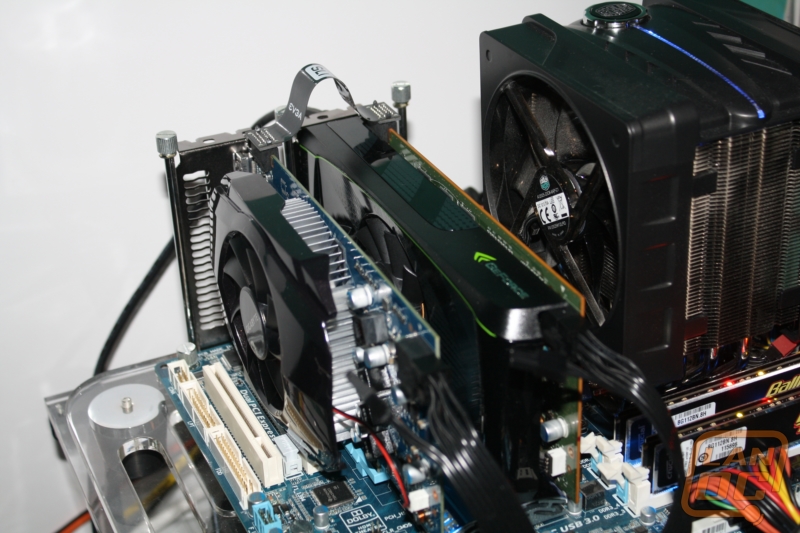 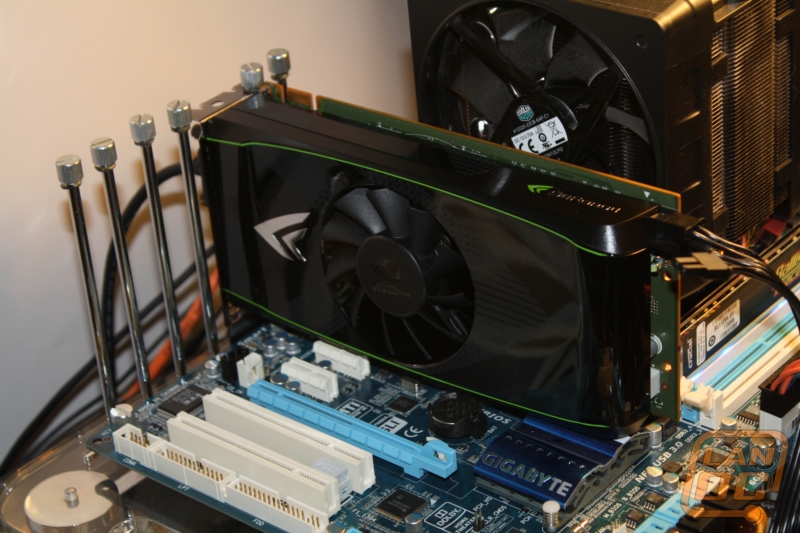 At a low price of $129 the new GTS 450 is NVidia’s lowest priced card based on Fermi Architecture. This brings a DirectX 11 card down into a price range for people who can’t afford or don’t need the higher models. The GTS 450 is made specifically for gamers who are running between a 1280x1024 and 1680x1050 resolution. This past July’s Steam survey showed that 57% of its users are running those resolutions (22” monitors and smaller). That means 57% of gamers don’t really have a need for a high powered video card. The GTS 450 replaces the GTS 250 and is the direct competitor of ATI’s 5750 although we will be putting it up against the HD 5770. 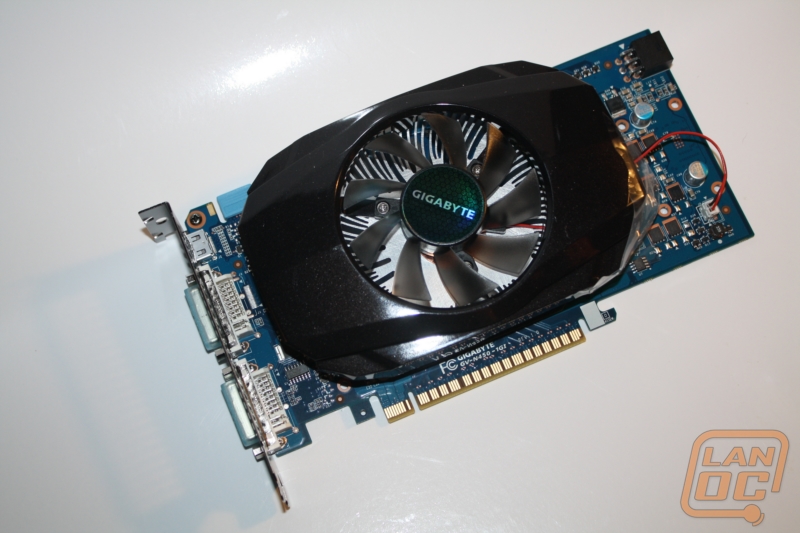 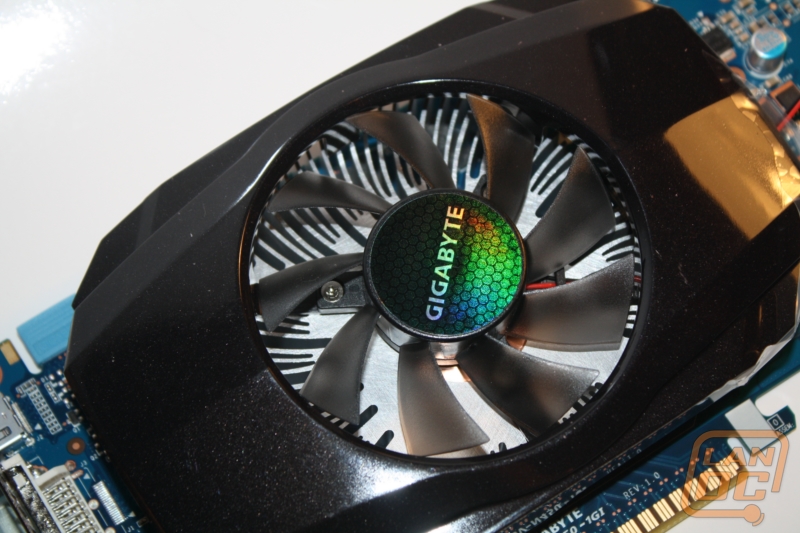 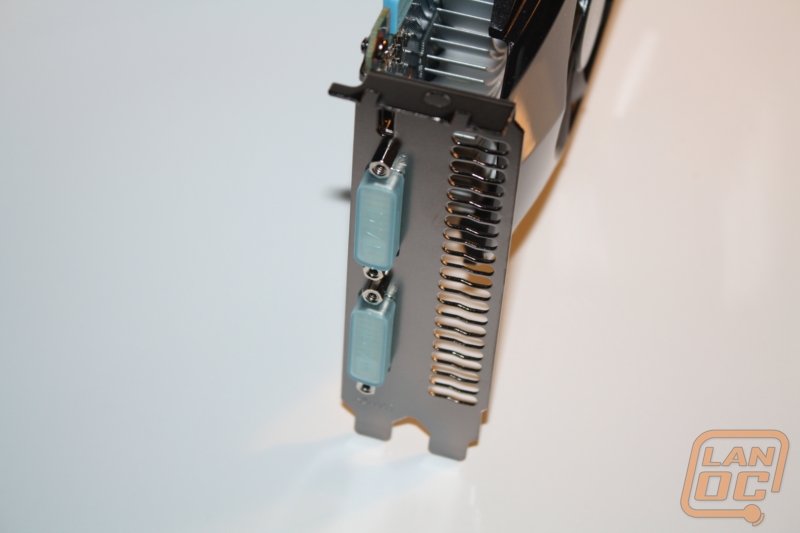 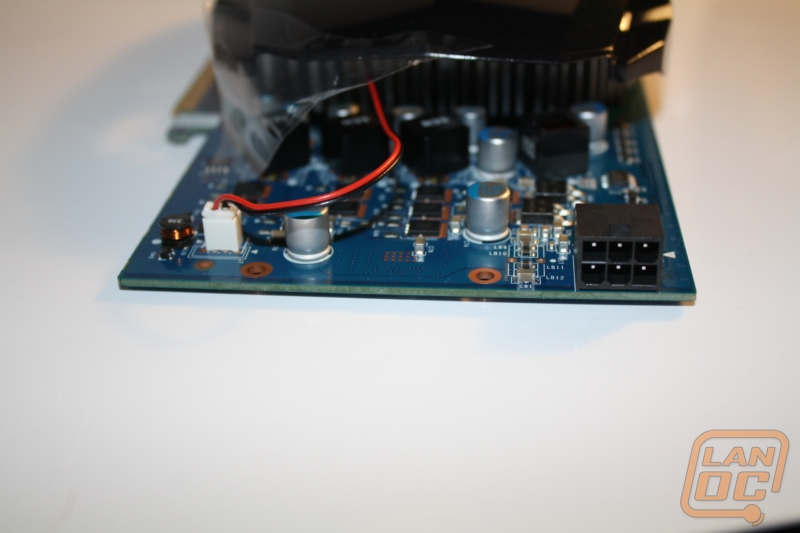 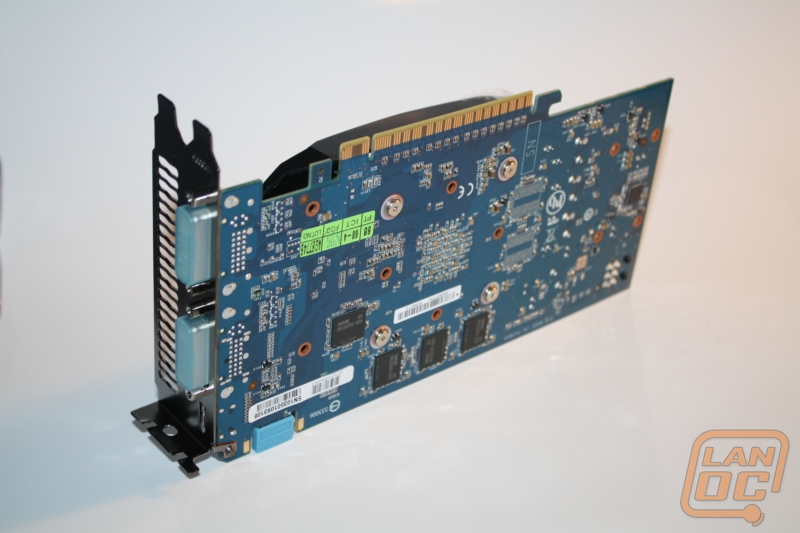 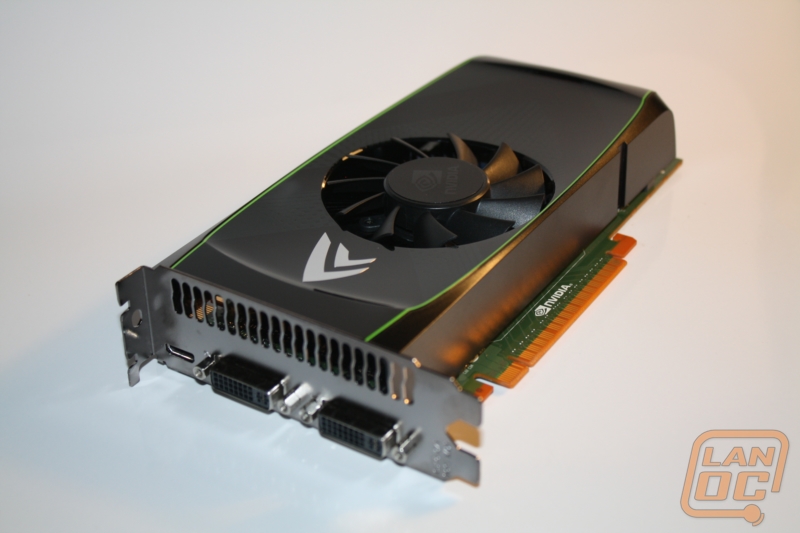 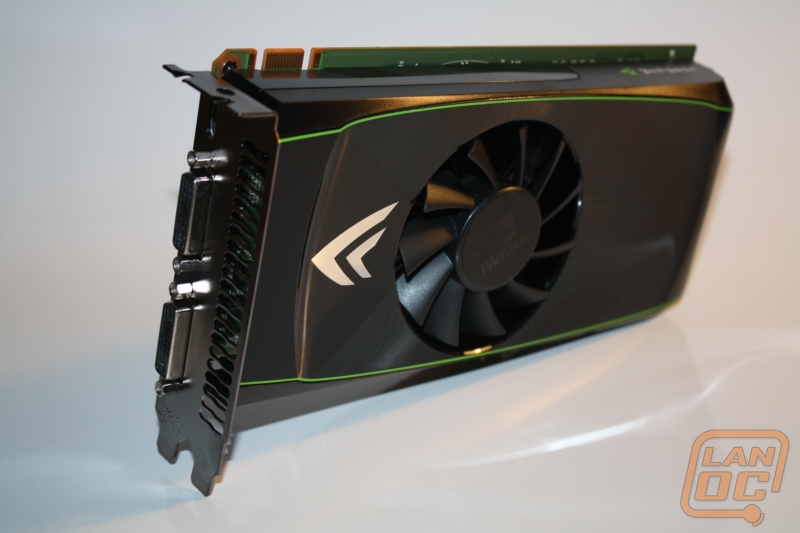 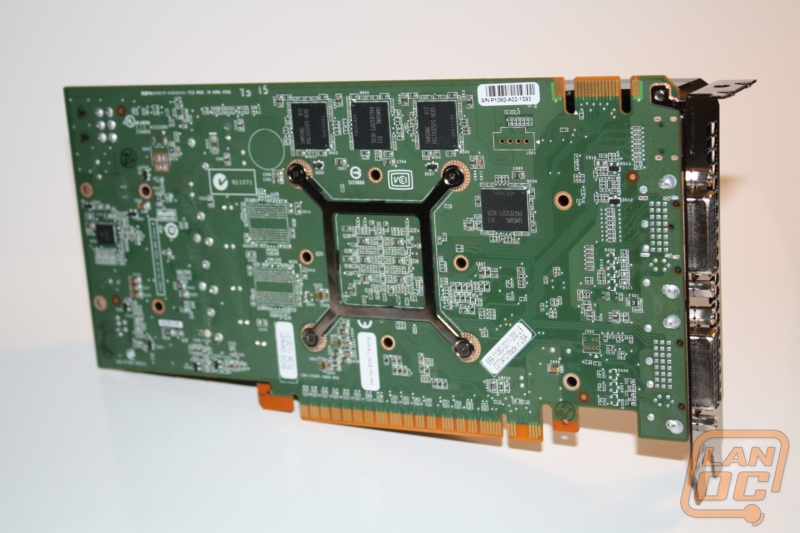 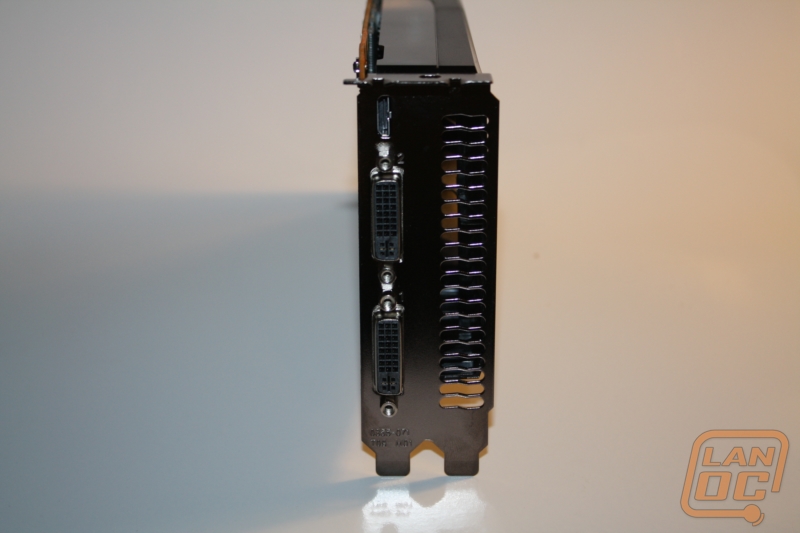 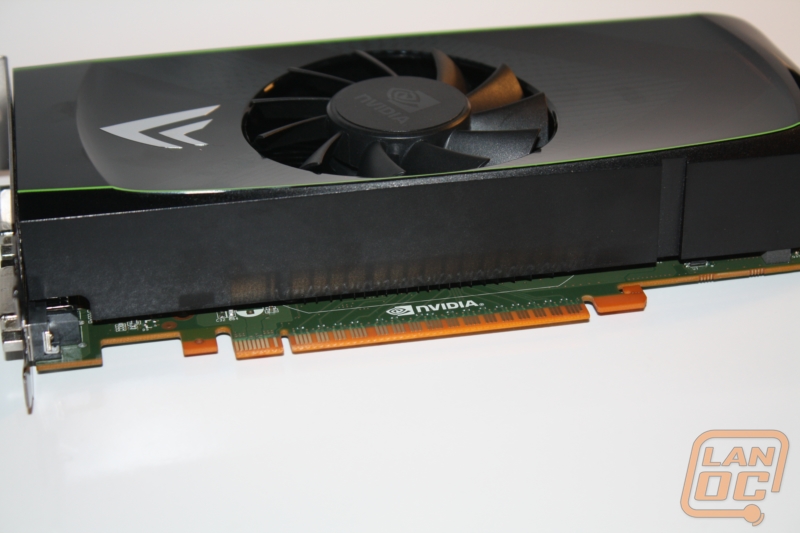 As per the usual recently the newest driver may also get you a boost in performance depending on your game of choice. NVidia’s own testing showed a 5% increase using 3DMark Vantage and 13% in Far Cry 2. As far as I am concerned this is free performance, a perfect reason to keep your drivers current! 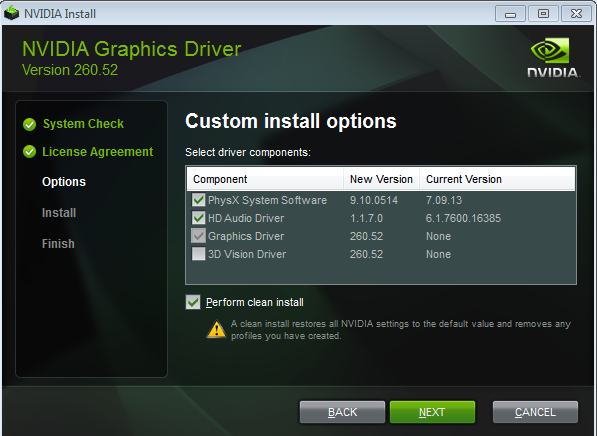 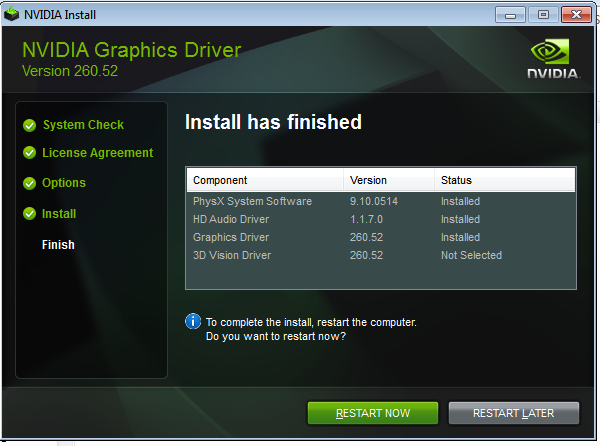 When testing single card performance I was able to put both the reference card and Gigabytes slightly overclocked version to the test with our standard collection of trials. This gave us a great chance to see the benefits of a little bump in clock speed on NVidia’s newest card. Surprisingly our results in both 3DMark Vantage and Modern Warfare 2 both show amazing performance, even at 1920 x 1080. Battlefield Bad Company 2 once again has put the cards to the true test running at 1920 x 1080 at its highest setting. The important thing to remember about the GTS450 is that ideally you would be running a lower resolution with this card. At anything but 1080p Battlefield would be more than playable and Modern Warfare would be running along at its max FPS.

Having two cards on hand offered us the benefit of throwing them in SLI and running a few benchmarks. NVidia talked up the GTS450’s SLI scaling on the conference call so I was excited to see the outcome. In 3DMark Vantage I was shocked to see the performance numbers nearly double up to 15918. With a 7501 point jump, you are seeing an increase in performance of 89.11% over just using one card. Two card solutions normally give you diminishing results for the dollar. With the GTS 450’s priced at less than $130, a pair of them may be one of the best performance values on the market right now.

After spending a little time with Nvidia’s newest DirectX 11 card I have been pleasantly surprised. Anyone who is looking for a video card to run on their 22 inch or less monitor will be impressed with the performance of the GTS450, specifically Gigabytes slightly overclocked version. If you are hoping to use this to run higher resolutions you should be fine as long as you avoid running the highest settings on a few of the most demanding games. Games like Modern Warfare 2 will still play flawlessly. Falling in at a low low price of $130, this card should be in range of just about anyone. Another great solution is pairing two of these up for great SLI performance at around the same cost as one GTX460 1Gb. 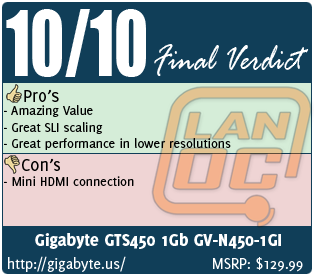 You might call him obsessed or just a hardcore geek. Wes's obsession with gaming hardware and gadgets isn't anything new, he could be found taking things apart even as a child. When not poking around in PC's he can be found playing League of Legends, Awesomenauts, or Civilization 5 or watching a wide variety of TV shows and Movies. A car guy at heart, the same things that draw him into tweaking cars apply when building good looking fast computers. If you are interested in writing for Wes here at LanOC you can reach out to him directly using our contact form.
Discuss this article
Log in to comment
Posts in discussion: Gigabyte GTS 450 1Gb

We have 586 guests and one member online