The “Ultimate” product line from Sapphire covers more than just the 5550 that we recently took a look at. Today we are taking a look at their HD5670 Ultimate that sports a similar heatsink design as the HD5550 but with the obvious performance increase from the faster 5670 lineup. The HD5670 line is touching on budget gaming performance more than the limited performance we saw out of the HD5550. With Crossfire and Eyefinity capability it could be a hidden gem, the only way we can find out is to put it to the test. Let’s jump in. 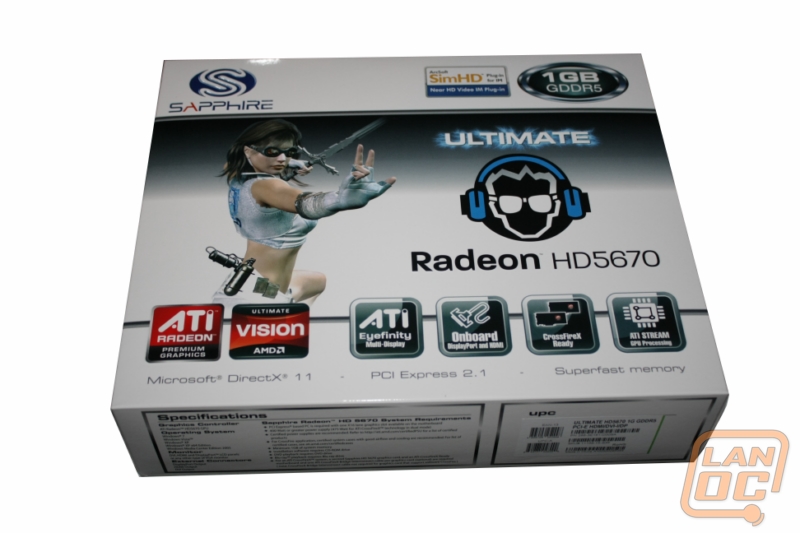 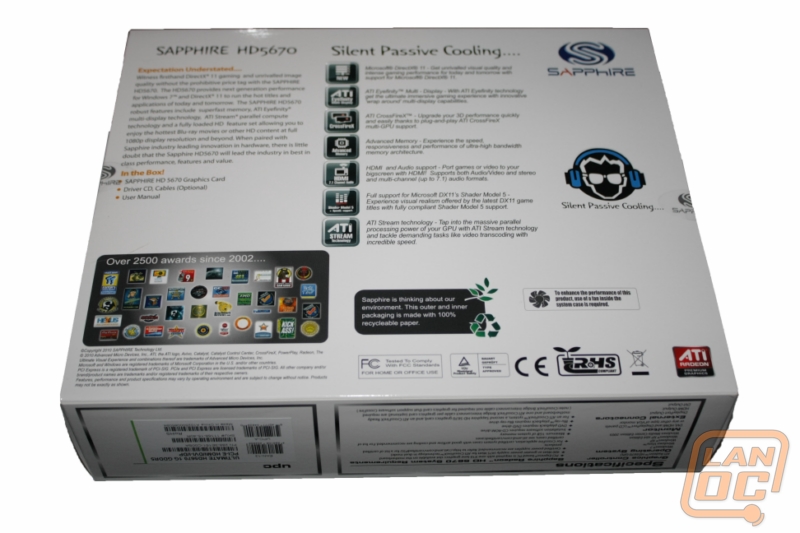 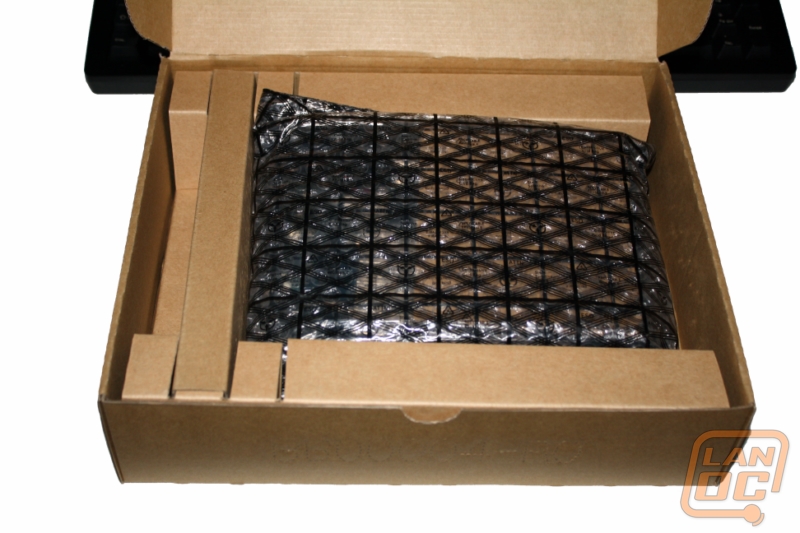 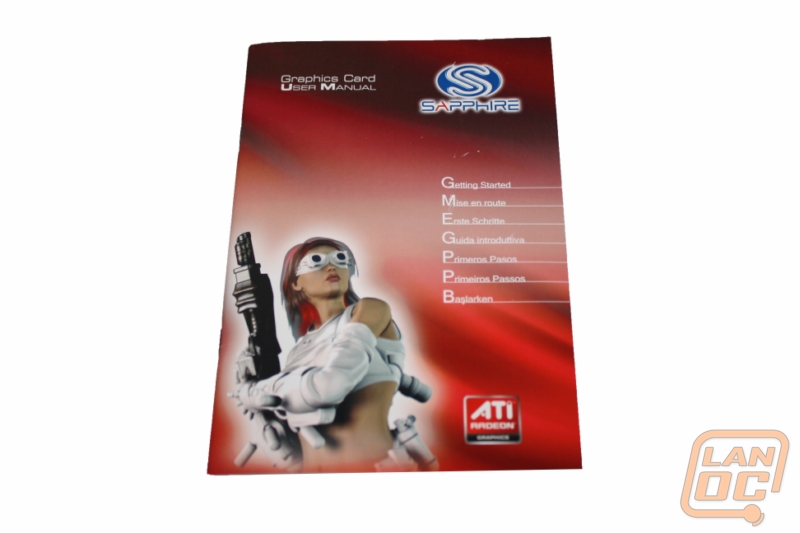 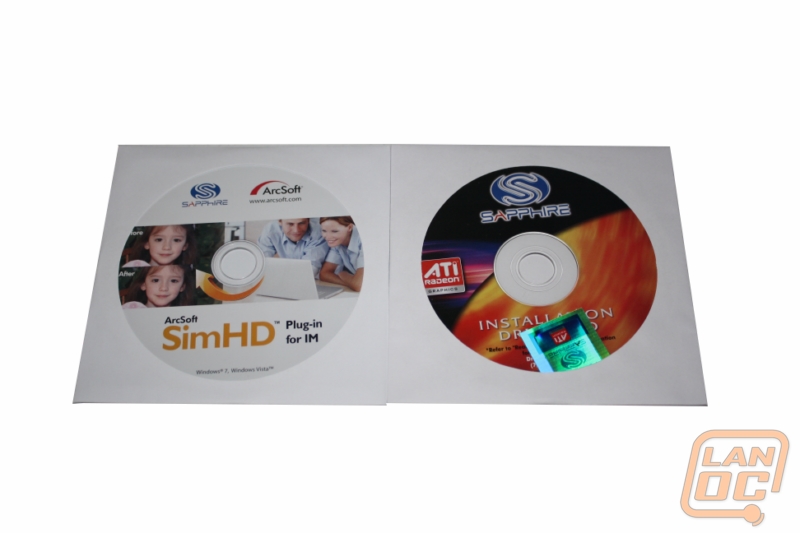 The HD5670 came in almost identical packaging as the HD5550, with the obvious difference being the new product name and upgraded information and features on the back. Inside the card was well protected inside of a padded bag that was also inside of a cardboard tray. Along with the card you also get a driver disc, a case badge, SimHD software, and a product manual. Oddly no adapters were included, not that you would need one with the cards selection of hookups, but it’s always nice to get them. 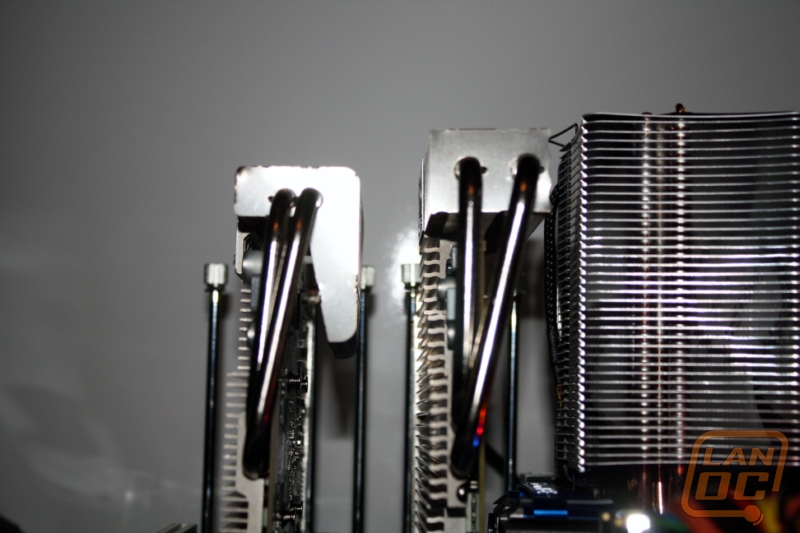 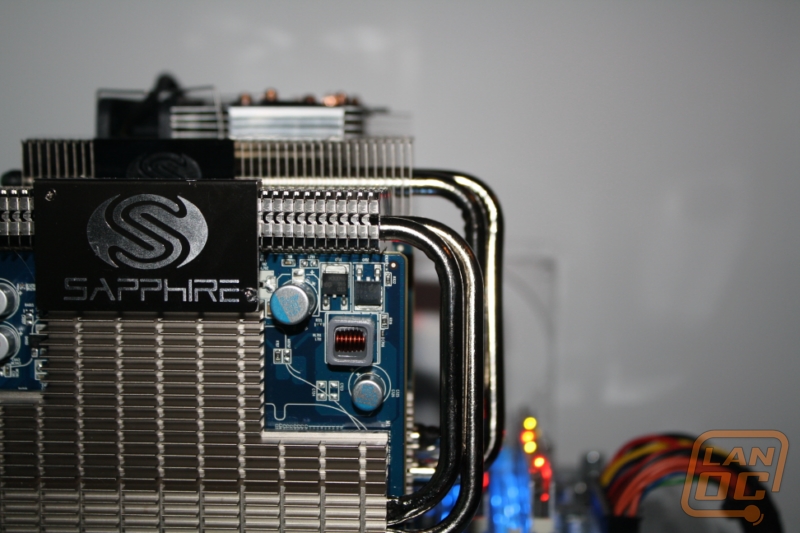 The best part of reviewing video cards is that I can play games and call it work. I ran our typical tests using both Battlefield Bad Company 2 and Modern Warfare 2. I also use 3DMark Vantage as a synthetic benchmark to judge the cards performance. Our game tests are ran at 1920x 1980 with the texture settings turned to their highest settings. Short of a 30 inch monitor, this is the highest resolution that you will be running. Anyhow, here are the results of my playtime.. I mean testing. 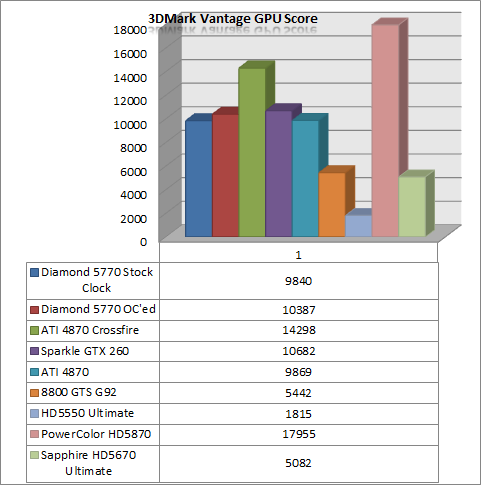 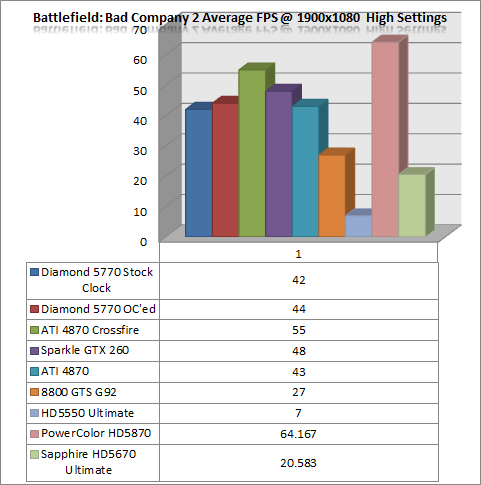 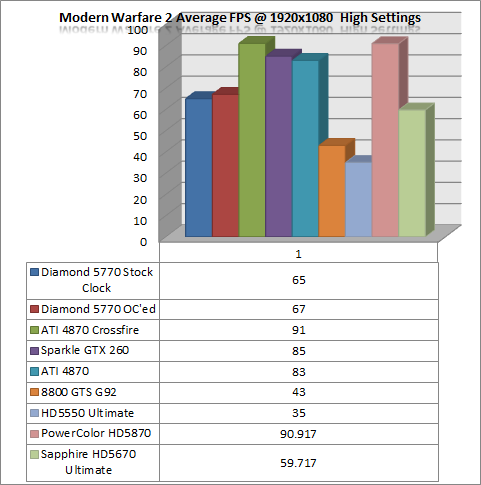 I wasn’t shocked to see Battlefield Bad Company 2 to run a little slow on the HD5670, but it was a major improvement over the HD5550. If you weren’t looking for the highest settings you wouldn’t have any problem running BF:BC2. Modern Warfare on the other hand ran at just a hair under 60 frames per second, with the settings set to their highest level on a high resolution the HD5670 Ultimate would be a great card to play Modern Warfare 2 on. 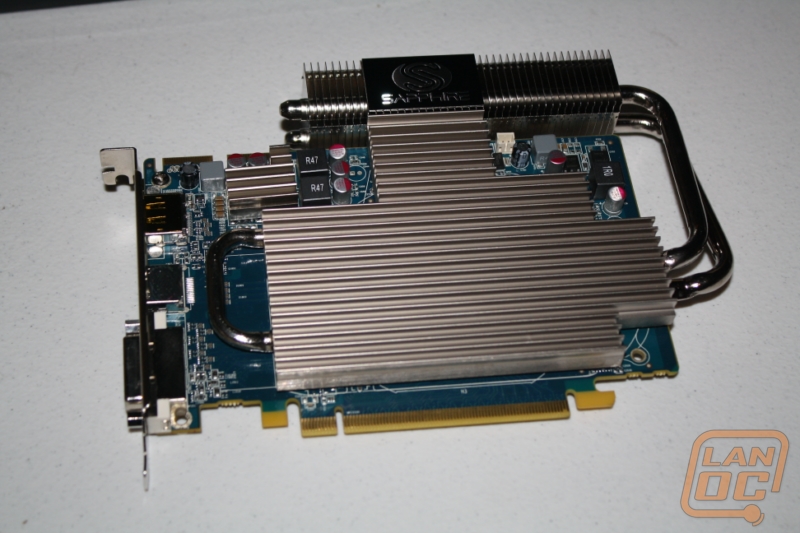 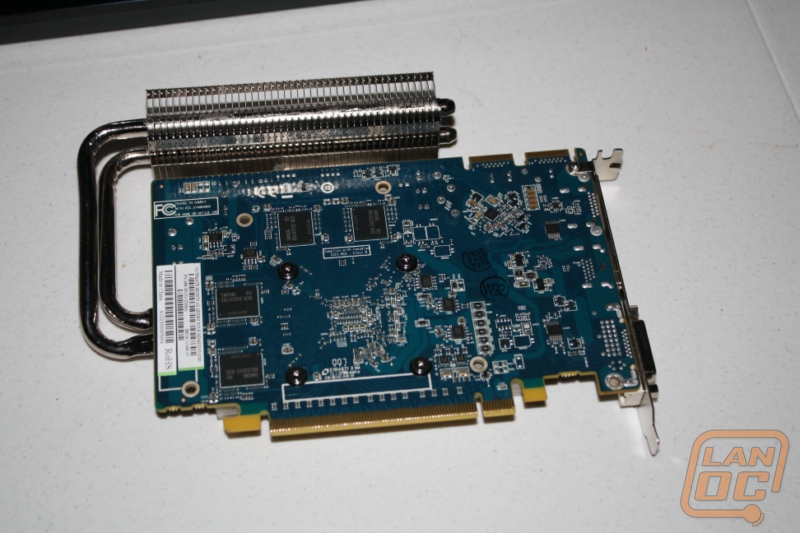 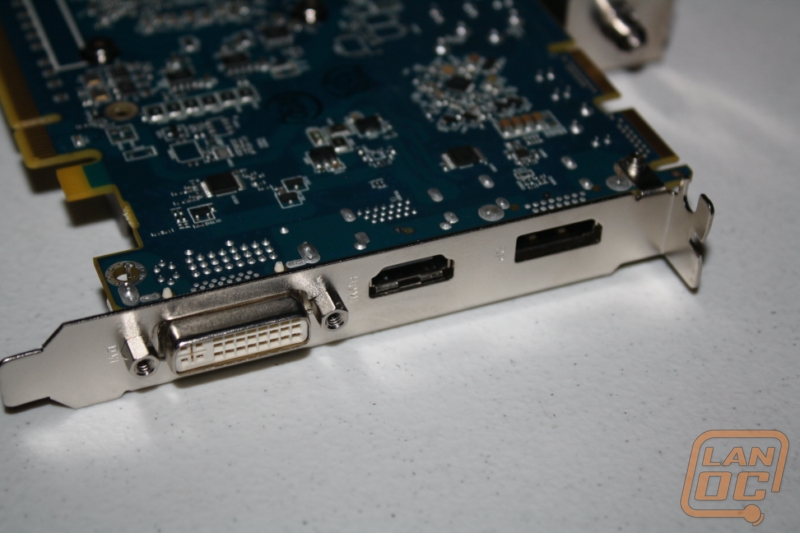 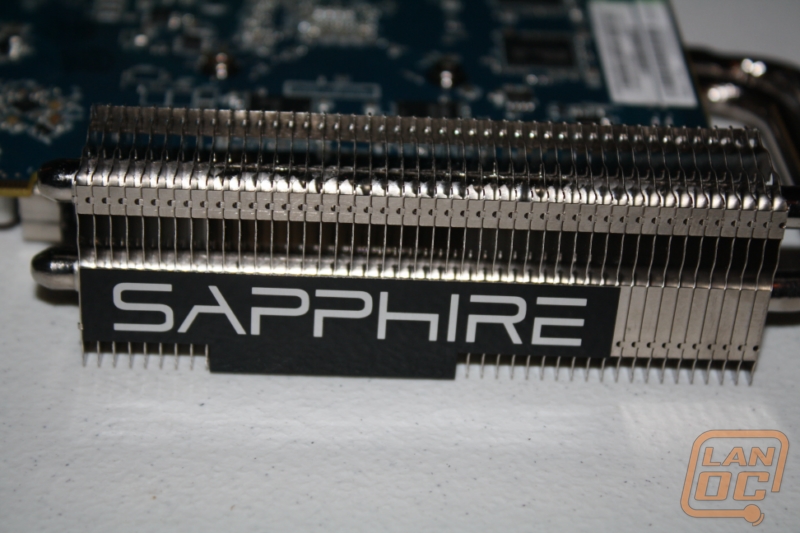 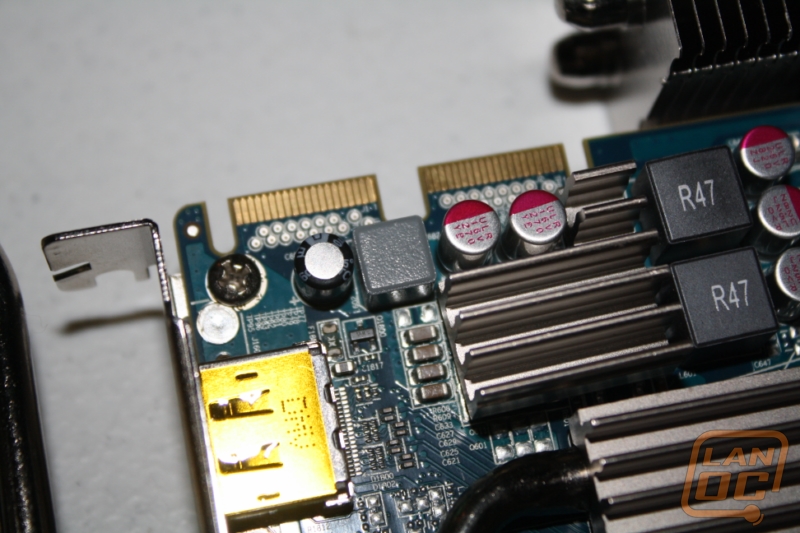 With this being the Ultimate edition the HD5670 has a large fan-less heatsink and one gig of GDDR5 ram. The fan-less heatsink means this card is dead silent. The real shocker was how well the heatsink does at cooling. On our test bench we tested this card with the CPU heatsink positioned both blowing down over it, and out the back. With the heatsink positioned to blow the air over the GPU and I wasn’t able to get the card anything close to being hot, even during our testing. Without the air blowing over it the card was still able to keep things cool, even while under full load. Putting this in an HTPC with at least one fan will be more than enough to keep the temps down. Once again we are impressed with the cooling performance Sapphire's silent cooling solution. 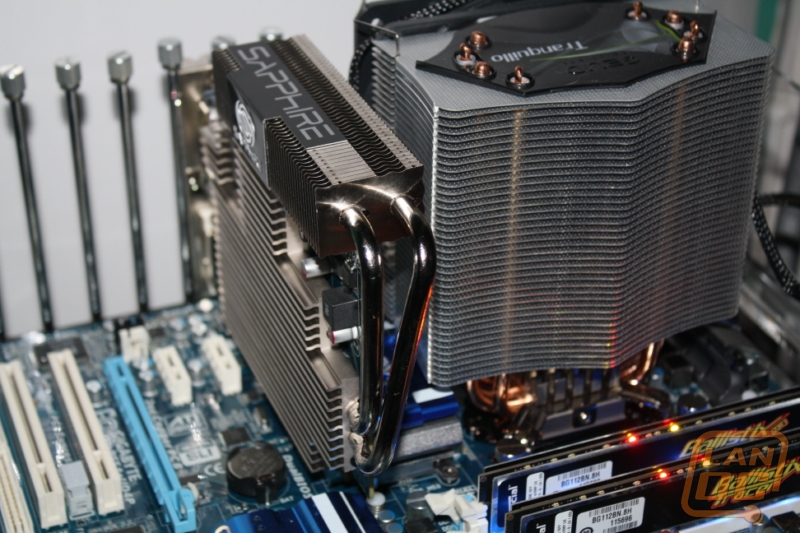 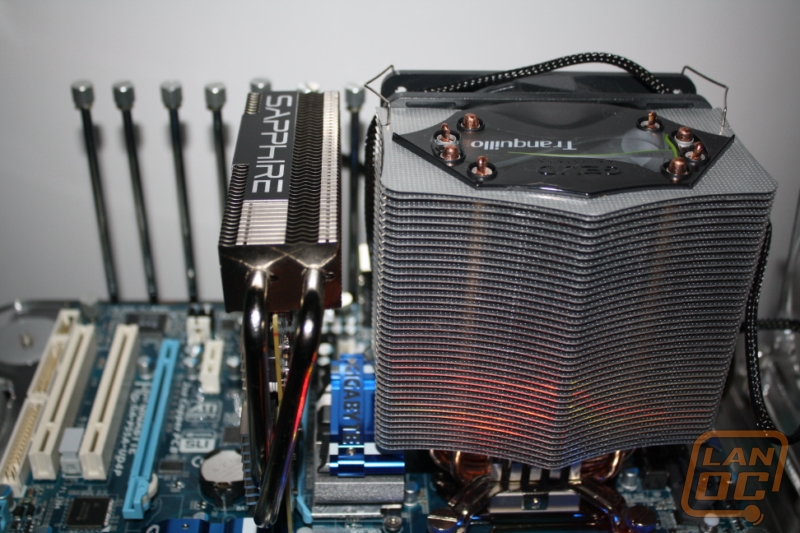 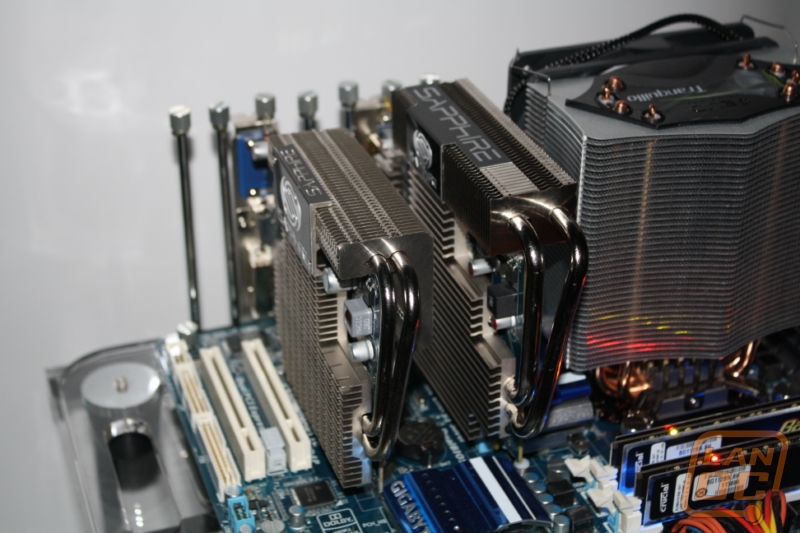 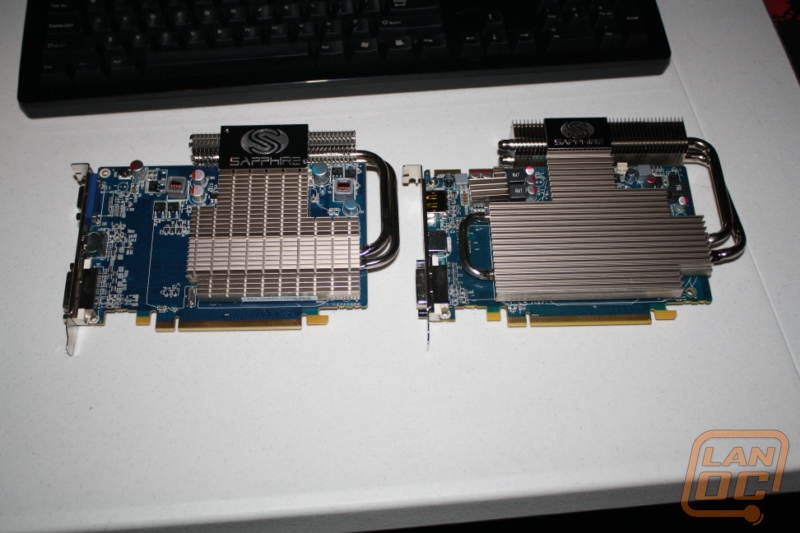 Sapphire worked its magic on the HD5670 and made the HD5670 Ultimate. With a full gig of GDDR5 ram and their silent fan-less heatsink design it’s both at home in your HTPC or a budget gaming rig. Gaming performance was a major improvement over onboard video and more than enough to play most of today’s popular games. Of course this isn’t a top of the line card, it did have issues running BF:BC2 but at just under $120 MSRP I wouldn’t expect it too anyhow. 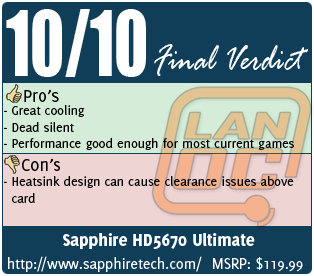 You might call him obsessed or just a hardcore geek. Wes's obsession with gaming hardware and gadgets isn't anything new, he could be found taking things apart even as a child. When not poking around in PC's he can be found playing League of Legends, Awesomenauts, or Civilization 5 or watching a wide variety of TV shows and Movies. A car guy at heart, the same things that draw him into tweaking cars apply when building good looking fast computers. If you are interested in writing for Wes here at LanOC you can reach out to him directly using our contact form.
Discuss this article
Log in to comment
Posts in discussion: Sapphire HD5670 Ultimate 1GB