Having already tested out the 5770 recently, I was excited to find out that we had a 5870 coming in to try out. The 5770’s performance was impressive; imagine what the 5870 can do. This is also a chance to try out Eyefinity, multiple monitors finally being used for gaming! The 5870 is from PowerColor with their PCS+ cooling solution. Let’s find out how it performs! 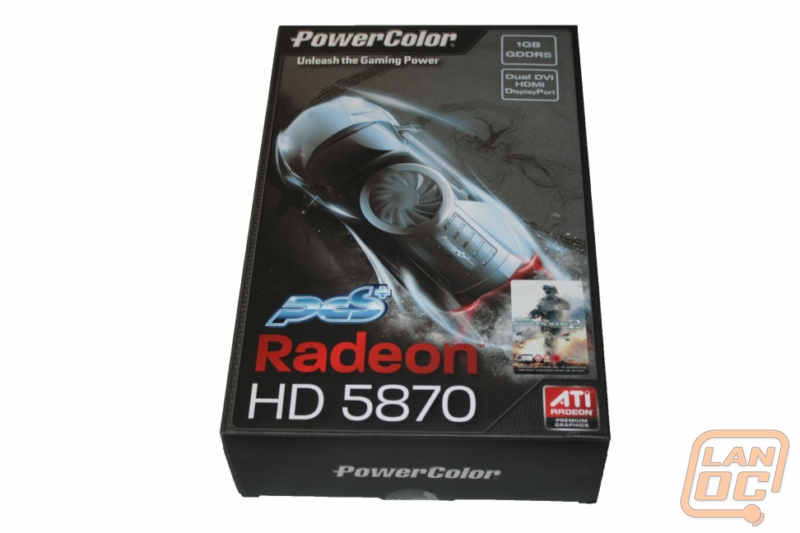 The HD5870 came packaged in a typical video card box with cover art on the front. The cover art is a slick looking card with the outline of PowerColor’s PCS+ heatsink on the top. Outside of the model number, there is a little info in the top right corner (RAM and a list of connections available). Surprisingly, there is also a sticker on the front of the box showing off the included copy of the popular Modern Warfare 2. The back of the package has small write-ups on a few notable features and then a short feature listing. Inside everything is tucked away in a corrugate box formed to fit the card. The card was wrapped up in a static bag, keeping it safe from any electrical shock while shipping. The driver disc, Crossfire Bridge, DVI to VGA adapter, manual, and Modern Warfare Key all came in the box under the video card. 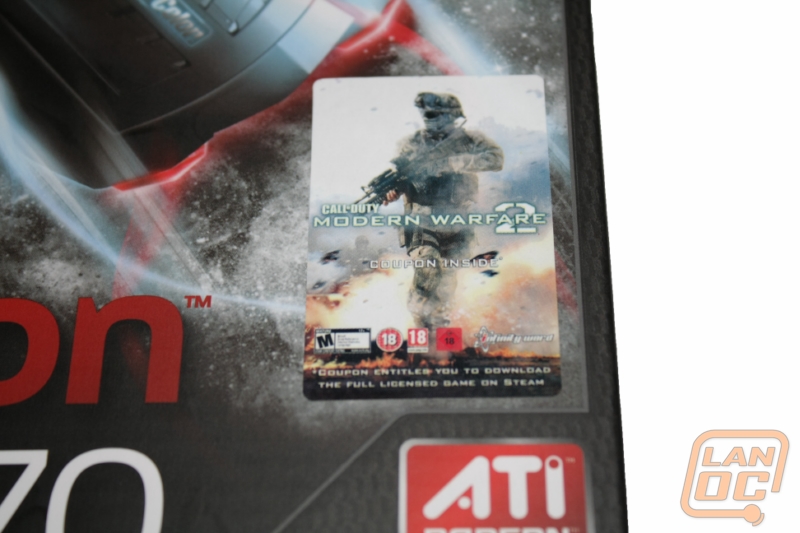 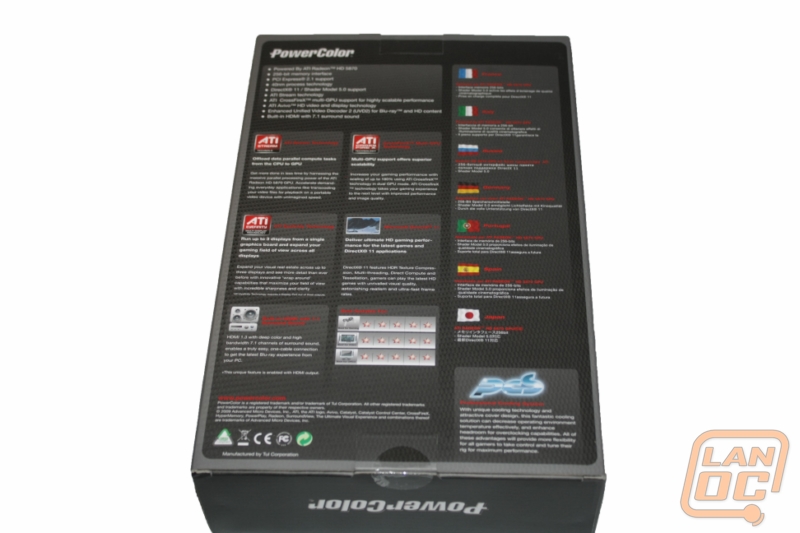 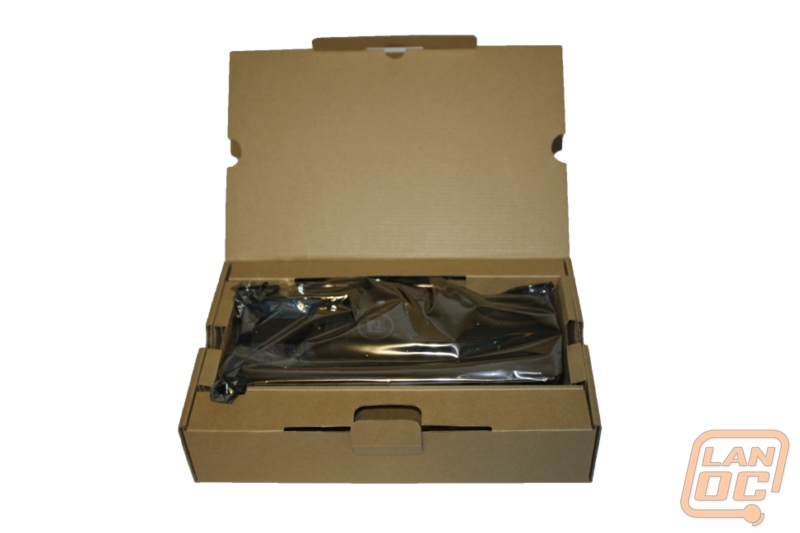 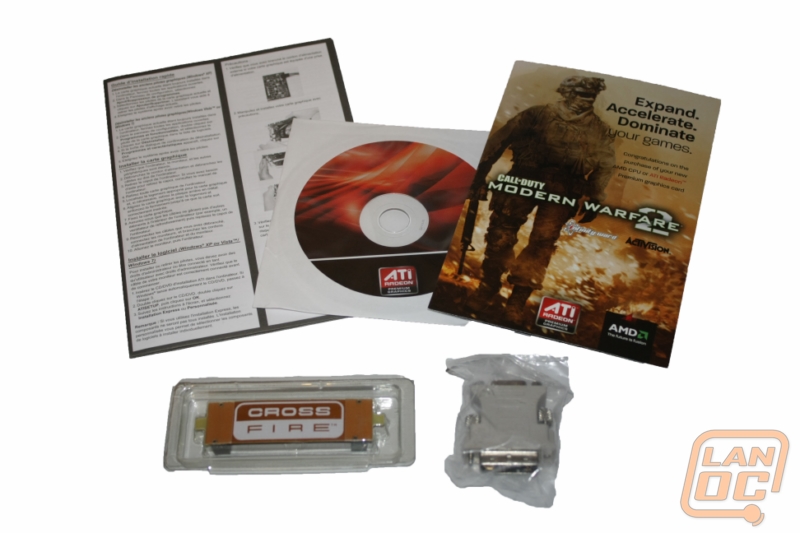 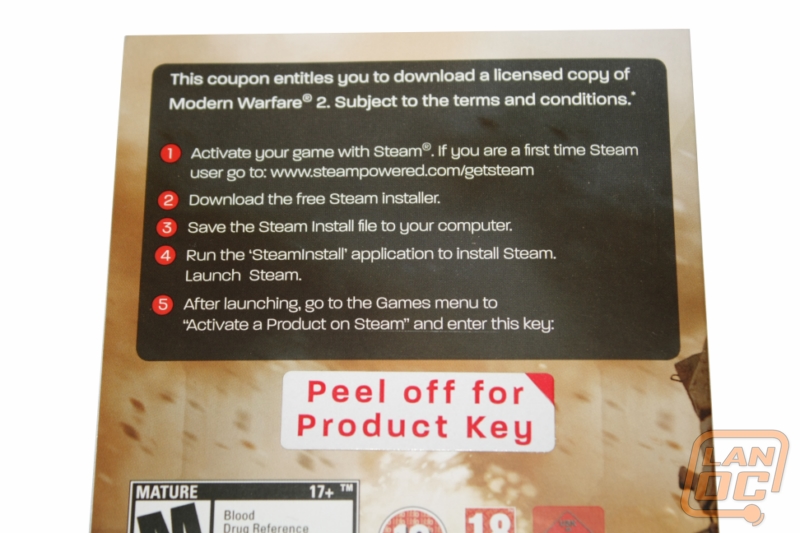 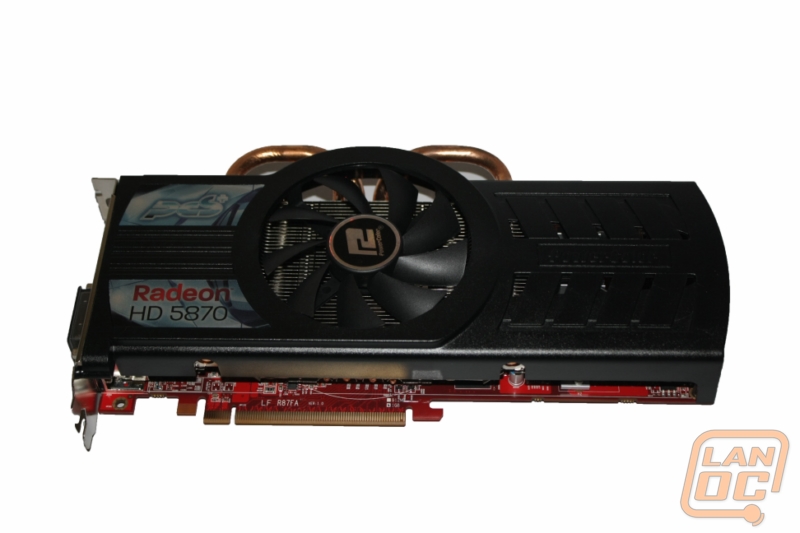 To put the HD5870 to the test I did a mix of both synthetic benchmarks and real world tests. Our synthetic benchmark of choice is 3DMark Vantage and we will use both Modern Warfare 2 and Battlefield Bad Company 2 as our real world tests. This should give us a good idea of the potential of the 5870 while also showing what to expect in some of your favorite games. Here are our results 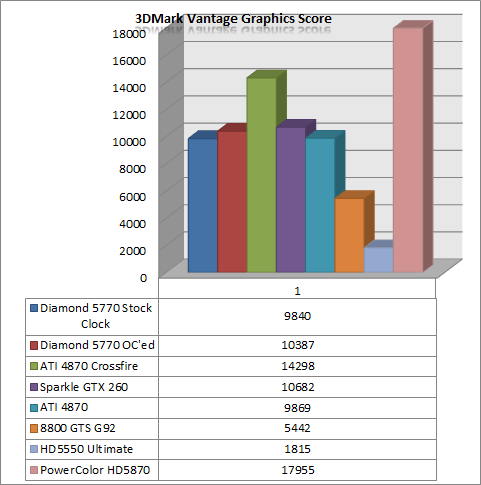 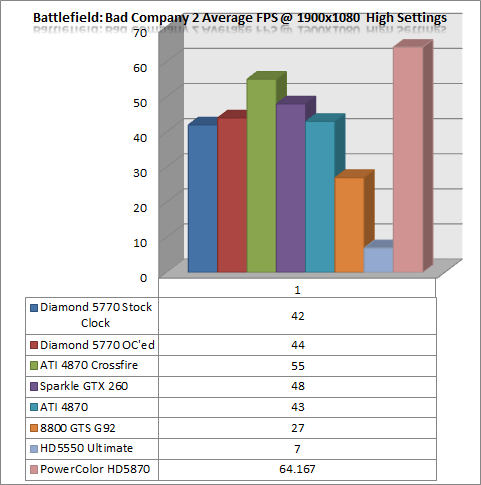 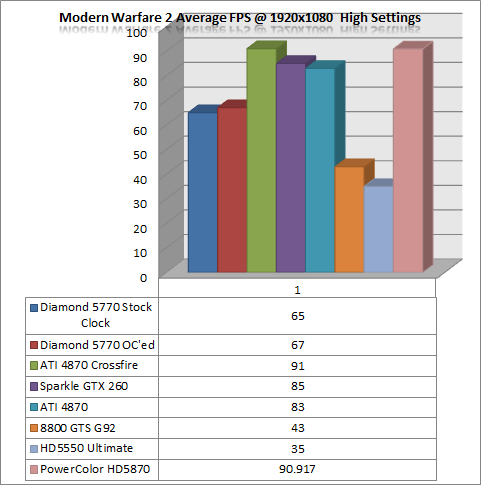 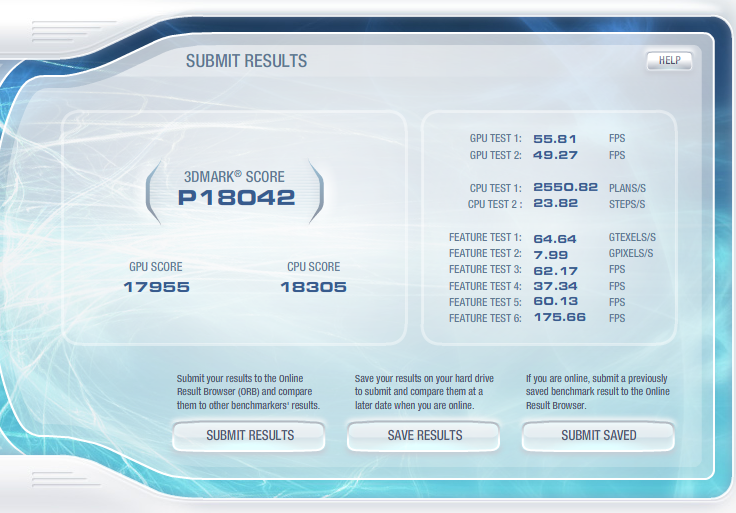 As you can see the HD5870 bested even our HD4870 crossfire setup by a considerable amount in both 3DMark Vantage and BattleField Bad Company 2. The Modern Warfare 2 results are a little off only due to the game itself being capped at 90/91 FPS. Our MW2 test becomes pointless when testing video cards of this caliber. If one outperformed two 4870's, imagine what two HD5870's in crossfire would be capable. There is no doubt that this is an amazing performing card.

Obviously the performance numbers are important, but if the card runs at 100 degrees Celsius or if it’s a loud as a jackhammer it’s not going to be a great choice for the enthusiasts. With PowerColor’s PCS+ cooling I was expecting improved cooling over the normal cooling, and I wasn’t disappointed. Considering how fast this card is the max temperature of 62 degrees Celsius while in game is impressive (down to 27 at idle). The noise level on the PCS+ cooling was great as long as you keep the fan from running at 100%. Using ATI’s software, I was able to max the fan out and this is something you never want to have to listen to. Of course, during our entire testing not once did it come close to being noisy. The cooling is obviously more than enough, leaving room for a good overclock without any worries. 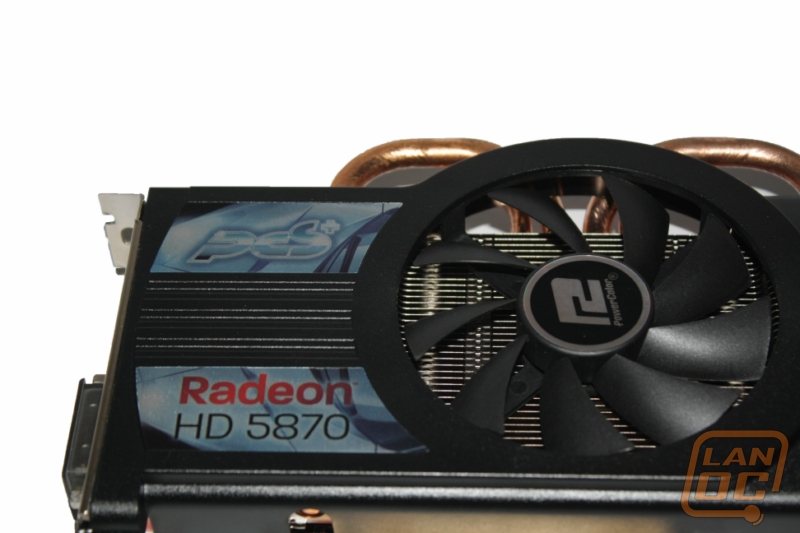 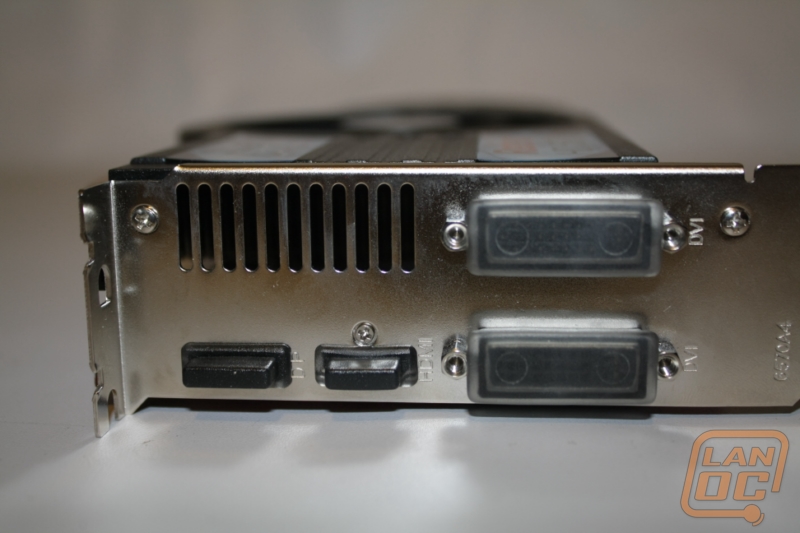 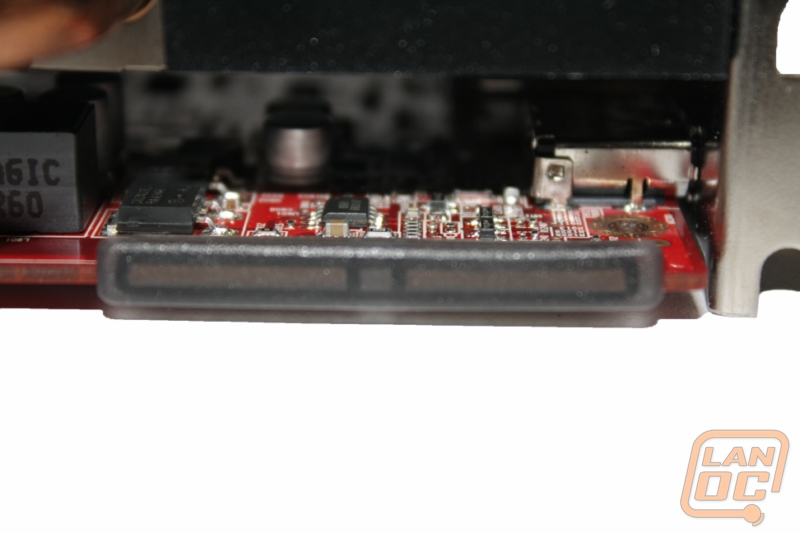 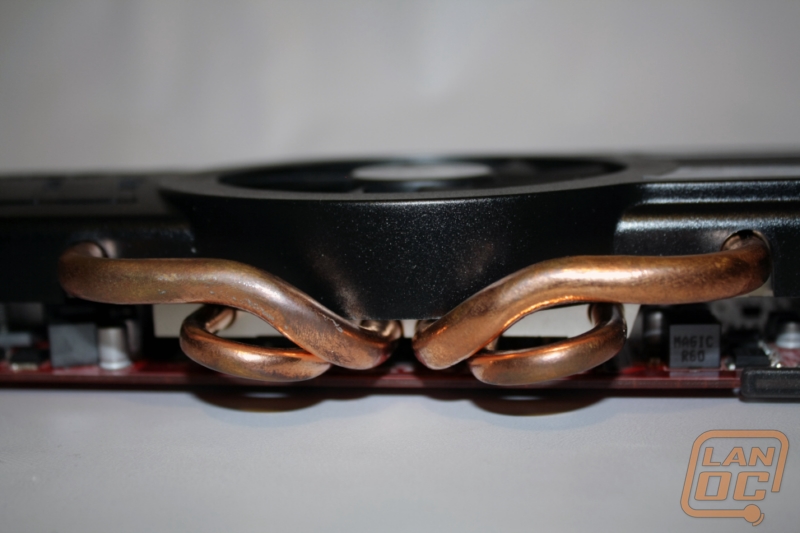 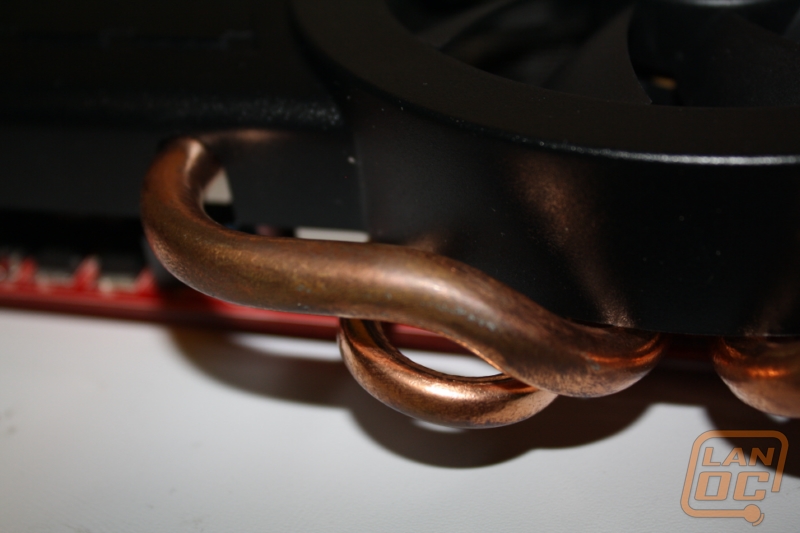 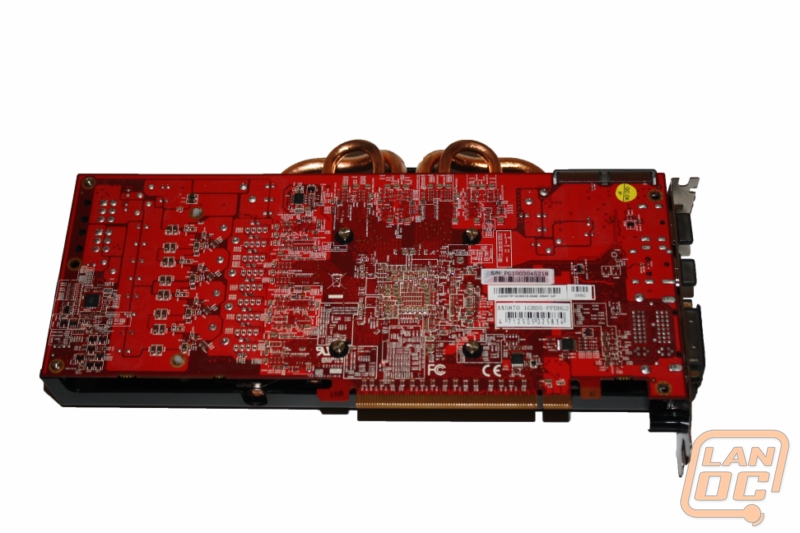 We put the HD5870 from PowerColor to the test in both synthetic benchmarks and real world gaming. Not only did it out perform everything we tested, but I was highly impressed with their PCS+ cooling. It kept the card cool while keeping noise to a minimum. It may not be ATI’s flagship card with the HD5970 taking the top spot, but it comes in at a price that is affordable for both mid-range and high end builds. If being the lowest priced 5870 on Newegg currently wasn’t enough, including Modern Warfare 2 makes this a steal. 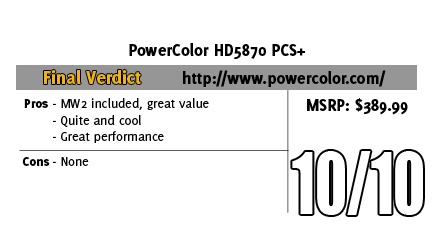 You might call him obsessed or just a hardcore geek. Wes's obsession with gaming hardware and gadgets isn't anything new, he could be found taking things apart even as a child. When not poking around in PC's he can be found playing League of Legends, Awesomenauts, or Civilization 5 or watching a wide variety of TV shows and Movies. A car guy at heart, the same things that draw him into tweaking cars apply when building good looking fast computers. If you are interested in writing for Wes here at LanOC you can reach out to him directly using our contact form.
Discuss this article
Log in to comment
Posts in discussion: PowerColor HD5870 PCS+

We have 1379 guests and one member online