The market for flash or USB thumb drives has grown from the days when they were all about function with little or no aesthetics. Recently that has changed; you can now find every shape and design, even things you wouldn’t want to see. A few years ago Mimoco, Inc. introduced a series of designer flash drives called Mimobots. Flash forward to today; they still make Mimobots and are on their 5th series and going strong. Today we are looking at the Mimobot version of Darth Vader.

The Darth Vader MIMOBOT was packaged in a small white box with a window on the front, giving you full view of the Mimobot. The packaging itself has a Star Wars logo and picture up top and the Mimobot logo going up the front next to the window. Down on the bottom right they hint that the drive itself includes “Wallpapers, icons, sound bytes and more digital extras for your enjoyment”. The back of the packaging shows off the eight different models available (7 plus the limited edition Darth Vader model that one in six get). Inside the drive is housed in a formed plastic, nothing special, but it does a good job of keeping the Mimobot protected. 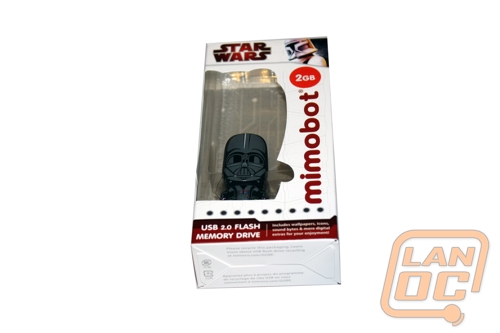 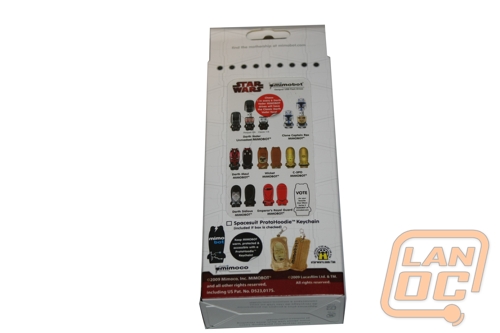 The data transfer performance of the Mimobot is nothing amazing but average for flash drives. Make no mistake; this drive is a toy more than a flash drive. The outside design and the included extra digital content saved on the drive are what make Mimobot’s stand out in a otherwise flooded market. The outside of the drive uses their signature Mimobot shape. Both the cap and drive have Darth Vader printed on them. When you take the cap off you are greeted to Darth Vader’s face, a really nice touch. In our case because this is a rarer version the face is a replica of the original Darth Vader rather than the newer one used on most of their drives. 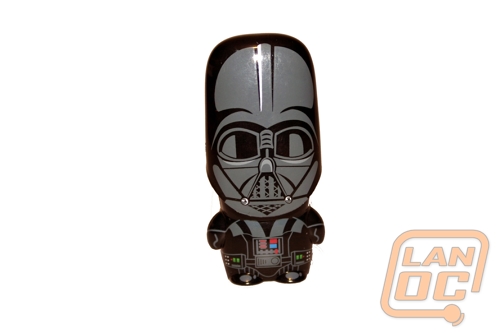 Where this drives really stands out is the included 128MB’s of digital content included on it. This content includes wallpapers, screensavers, icons, avatars, and their proprietary Mimory program. This software plays character specific sounds each time the drive is plugged in or ejected from your pc. This would be even more interesting if you have multiple MIMOBOT’s. Unfortunately this software isn’t compatible with Windows 7 at this time; I hope they release an update soon. If not your still left with the cool wallpapers, screensavers, icons, and avatars to use, you won’t be missing out on everything. 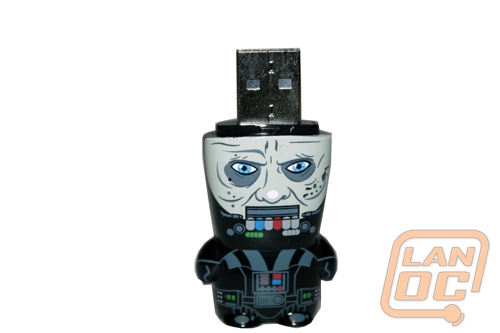 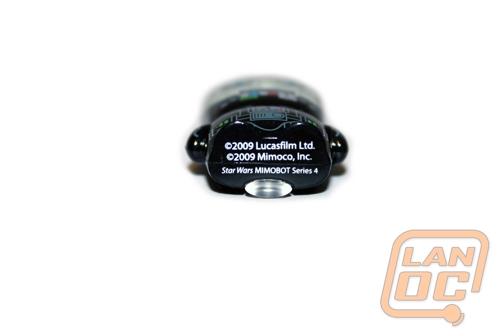 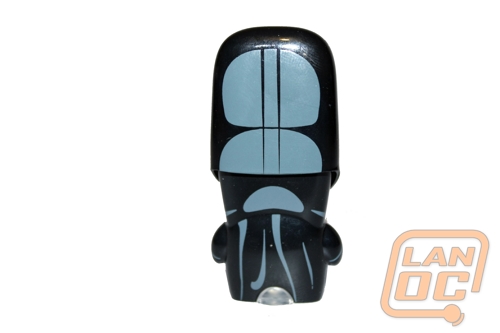 Mimobot’s are obviously not your average USB flash drive. With its artistic exterior and included digital content the MIMOBOT is nothing like anything we have tested before. Performance was on par with your average USB flash drive, but MIMOBOT’s are more of a collector’s item than anything else. With designs ranging from Star Wars, Halo, Happy Tree Friends, along with designs from different artists I am sure almost anyone can find a MIMOBOT that fits them. The only downside to the drive is the included Mimory software’s lack of Windows 7 support; they are hoping to have an update to their software to correct this problem by the end of the year, a little late if you ask me. Of course that wouldn’t stop be from picking up a couple, MIMOBOT’s would look great sitting on your desk. Most people wouldn’t even know it contains all of your private data ;).

An exclusive 'Starkiller' Mimobot 2Gb USB flashdrive will also be available as a collector's edition bonus for the upcoming Star Wars The Force Unleashed title. 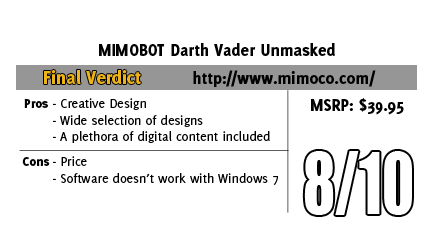 You might call him obsessed or just a hardcore geek. Wes's obsession with gaming hardware and gadgets isn't anything new, he could be found taking things apart even as a child. When not poking around in PC's he can be found playing League of Legends, Awesomenauts, or Civilization 5 or watching a wide variety of TV shows and Movies. A car guy at heart, the same things that draw him into tweaking cars apply when building good looking fast computers. If you are interested in writing for Wes here at LanOC you can reach out to him directly using our contact form.
Discuss this article
Log in to comment
Posts in discussion: MIMOBOT Darth Vader Unmasked

We have 1155 guests and one member online