With SSD’s becoming more and more affordable they are slowly starting to reach the hands of eager enthusiasts and gamers. In fact, we are just now starting to see a few pop up in rigs at our own LAN parties. One of the biggest brands in this market is OCZ and they have a variety of models including the reasonably priced Agility series. One of which we will be looking at today. 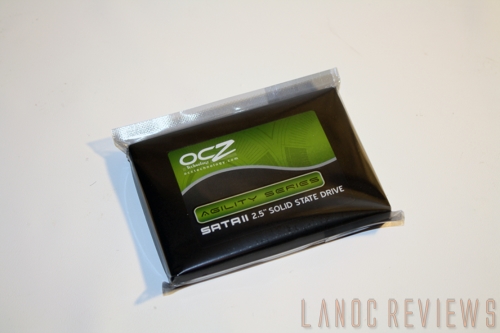 OCZ packed the Agility in a bright green box with all of the information you need to know on the front or back. Up front, you have a nice picture of the drive, the capacity, and a few of its features. On the back, there is a specification listing that gives you an idea of what to expect with size, shock resistance, and performance. With OZC claiming to provide read performance of up to 230 MB/s I have to get this thing installed and up for testing! Inside: the drive is safe and sound inside of a piece of foam with a cutout for the drive in the middle. The included installation guide is short and simple explaining how to treat the drive along with how to install it and get it up and running. It goes on to explain the included one-year warranty for those who are worried about having problems. 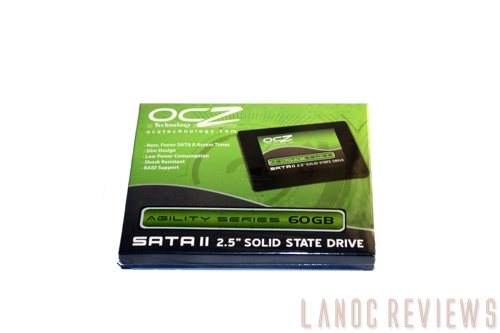 In order to test the performance of the Agility I gathered up a few other drives we have tested to put up against it. Using HDTach as our benchmark to get the most consistent results I ran the tests, here are the results. 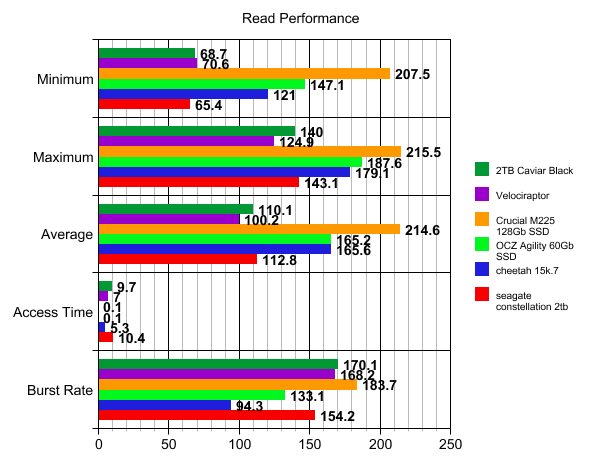 The results were impressive when compared to some of the highest performing hard drives. When you compare the performance of the Agility against that of the more expensive Crucial SSD the Agility didn’t perform nearly as well. I was so concerned with those numbers that I switched to ATTO disc benchmark just to double check. Here are the results of the ATTO test. 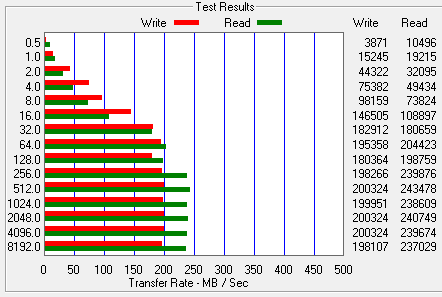 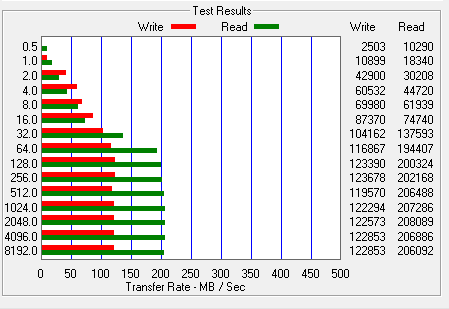 After talking with OCZ about the performance issues, an update to the 1.5 version of the firmware gave me a boost of almost 20MB/s in our original test. *the original graph has been updated to reflect the new results. We where also asked to give CrystalDiskMark a try in our comparison. Here are the results, much closer to what we expected. 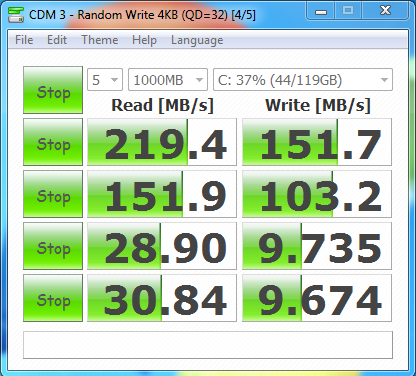 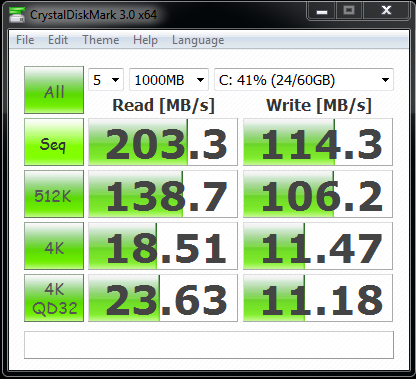 As you can see, the Agility performed much closer to the numbers that OCZ advertised. Considering the price difference between the Crucial drive it’s unfair to put the Agility down for coming in below it. Overall, the Agility’s performance is very impressive, even more when considering it was one of the cheapest drives tested! 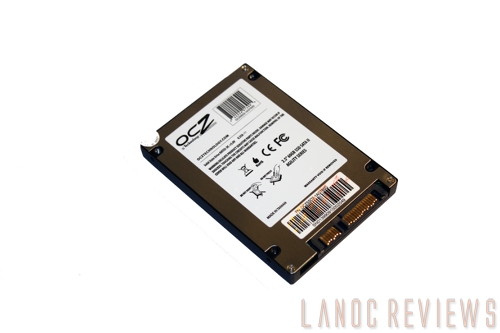 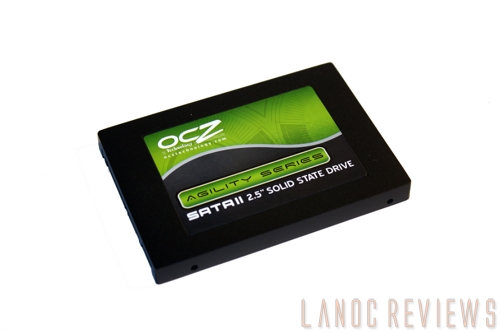 When you’re in the market for an SSD you have to first get over the sticker shock from the dropping but still high prices. OCZ brings the Agility in to bridge the gap between cheap but slower standard hard drives and the much more expensive high end SSD’s. You don’t lose the features of high end SSD’s like Trim and you don’t have to worry about the issues people experienced when SSD’s where first introduced. The 60 gig size comes in perfect for someone who plans on just running their OS or games off of one drive along with an NAS or larger drive for file storage. When keeping the price in mind this is one of the best buys in SSD’s right now! 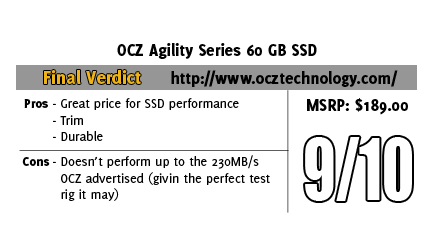 You might call him obsessed or just a hardcore geek. Wes's obsession with gaming hardware and gadgets isn't anything new, he could be found taking things apart even as a child. When not poking around in PC's he can be found playing League of Legends, Awesomenauts, or Civilization 5 or watching a wide variety of TV shows and Movies. A car guy at heart, the same things that draw him into tweaking cars apply when building good looking fast computers. If you are interested in writing for Wes here at LanOC you can reach out to him directly using our contact form.
Discuss this article
Log in to comment
Posts in discussion: OCZ Agility Series 60 GB SSD

We have 979 guests and no members online