When you’re travailing you are normally limited to headphones or the built in speakers on your laptop or mp3 player. It’s really no surprise that the audio quality on those speakers isn’t the best. A good pair of headphones can sound great but you may find them to be a little more uncomfortable after long use and you are limited to only one person listing at once. We have a seen a few different variations of portable speakers but typically audio quality still leaves a little to be desired. When Razer introduced their Ferox portable speakers I was a little hesitant, but excited to see what they could do in the market. Let’s bust them out and see how they perform. 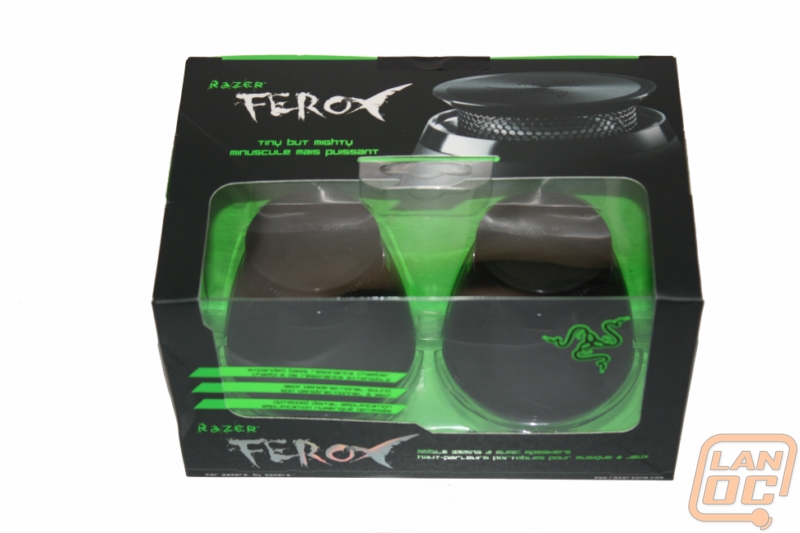 Packaging
Razer always seems to find a way to impress us with the level of detail they put into their packaging and the Ferox was no different. A large window across the front and half of the top gives you full view of what you are considering purchasing. The rest of the packaging consists of the typical black with bright green trim with the product name in a mirror finish. Around back they break down the Ferox’s features alongside of a photo of the speakers. If that’s not enough they also have all of the specifications down at the bottom of the back for those of you who would like to check out their frequency response and other important bits. Inside you will find a carrying case, instruction manual, and a pair of Razer stickers along with the speakers themselves. 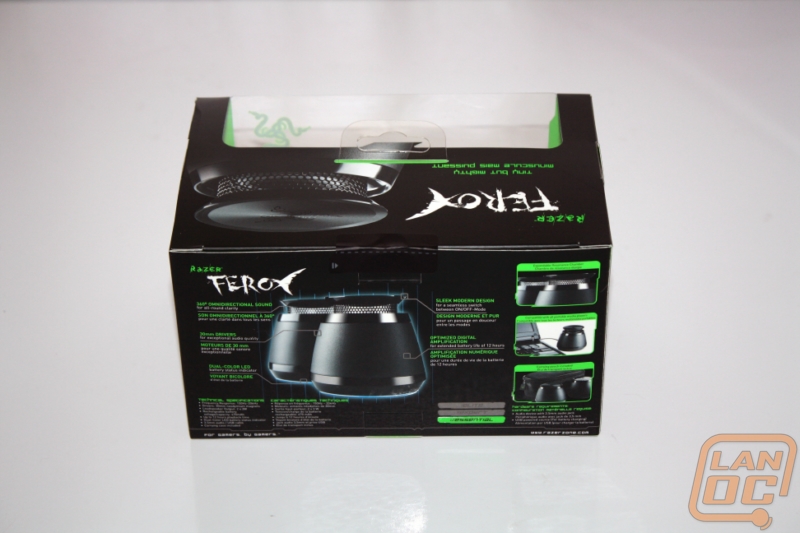 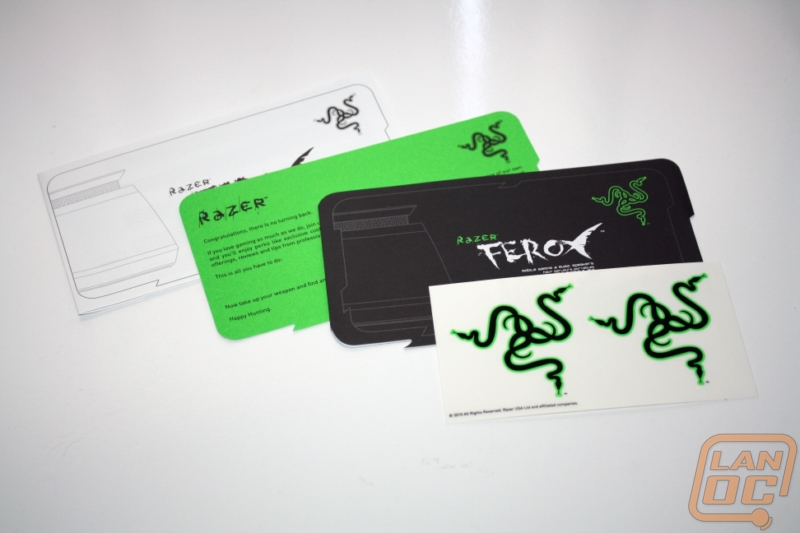 Installation
The Ferox require no software to be installed to use them and they will work with any device with a headphone port. The only thing you have to do to get everything going is to plug the headphone port into a nearby jack and plug the USB in to charge the speakers up. Once charged you do not need to keep the USB plugged in, bonus! All of the connections are gold plated for the best performance and you can even disconnect the cords all together to store everything. 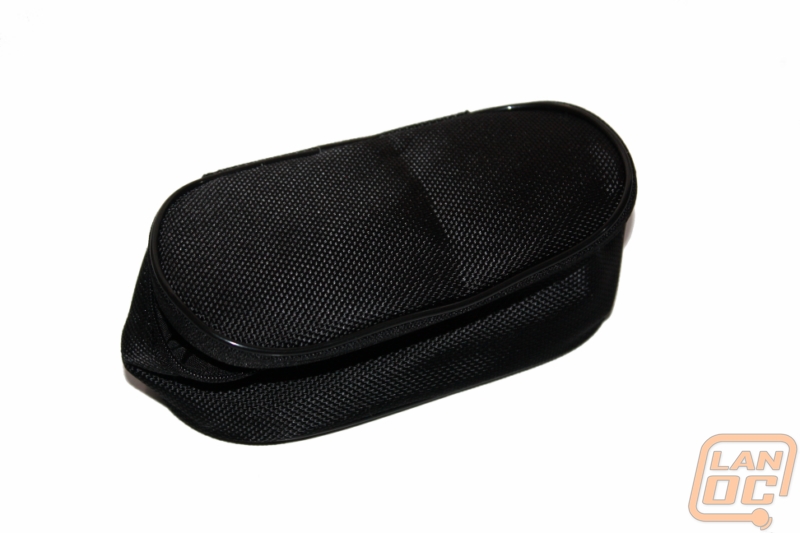 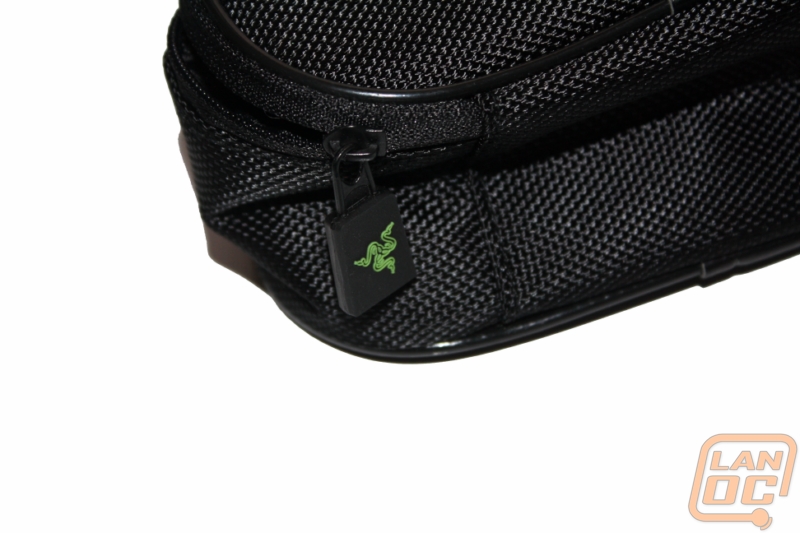 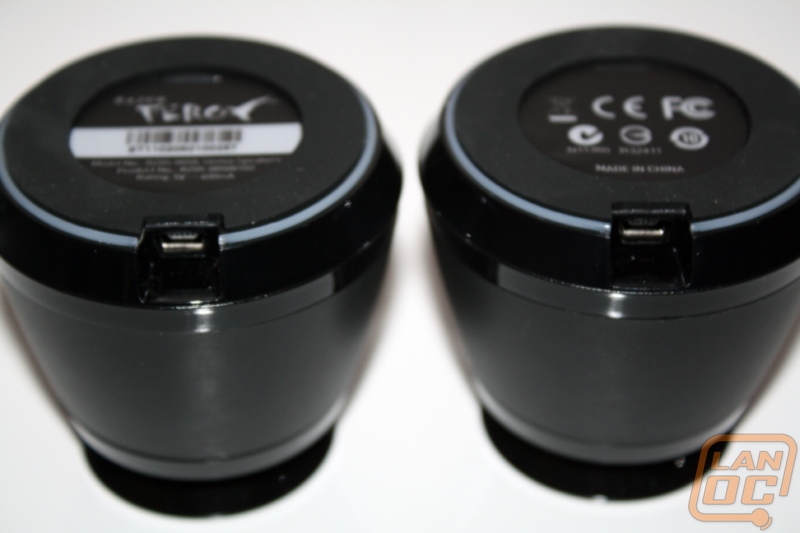 Performance
Razer designed the Ferox as a way to give your notebook a little upgraded sound while still keeping it portable. My current laptop has Hardon Kardon audio, giving me a little concern that I may be disappointed with the Ferox’s performance in comparison. Surprisingly I felt the Ferox performed similar to the premium audio on my gaming laptop, an impressive feat in itself. Where the Ferox stood out was their 360 degree projection. My laptops speakers are limited by being located flat above my keyboard and up against the LCD. The Ferox projects every direction and can be placed in a better location to give you great directionality and audio quality. Because of this I would still recommend them over premium audio on your laptop for audio quality. 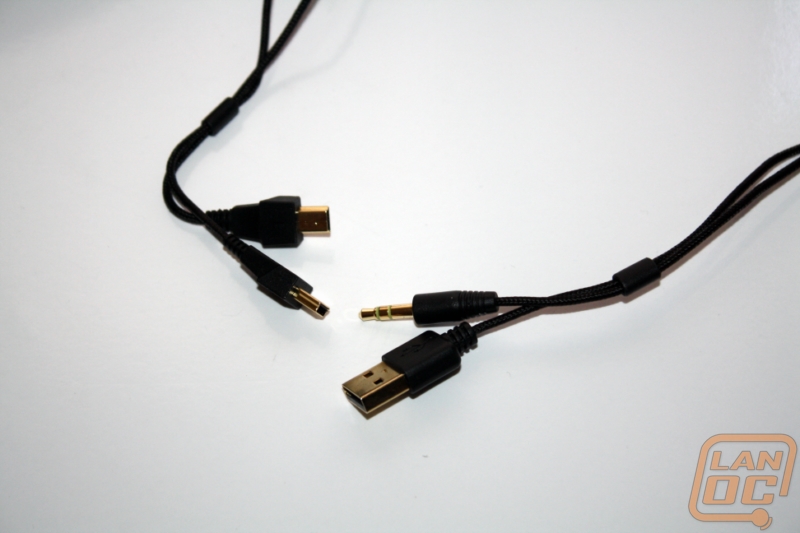 Being a small speaker set the low end audio reproduction leaves a lot to be desired, but with a frequency response of 150Hz-20KHz you can’t expect bone shattering base. It would be nice to have a little more low end, but I know that in order to do that they would have to increase both the speaker and driver size on the Ferox, effecting its portability. In the end you have to compromise slightly. Beyond the low end the audio reproduction was spectacular. 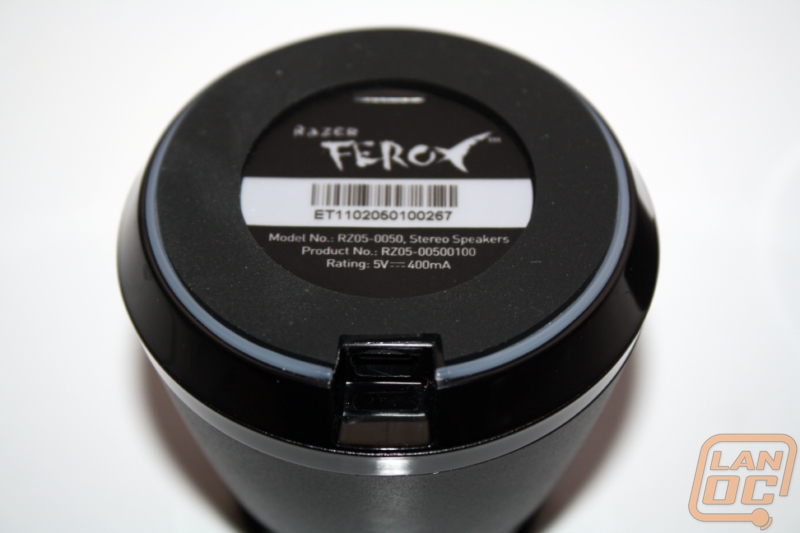 Of course there is one downside. Even though they provide you with a carrying case, the speakers are still difficult to travel with adding more time to setting up your laptop when you finally do get situated. This isn’t something you would pull out unless you plan on being in one spot long enough to take advantage of them.

One impressive thing about the Ferox is the mechanism they use to turn the speakers on and off. You push down on the top of the speaker and it latches closed, shutting it down. When you push it again, the speaker slowly rises in a fluid motion and the blue lighting under the speaker lights up. Both the action of the mechanism and the materials used give the Ferox a high quality feeling, nothing like some of the other portable speakers with their plastic shells. Everything about the Ferox makes you remember that Razer held nothing back in its production. 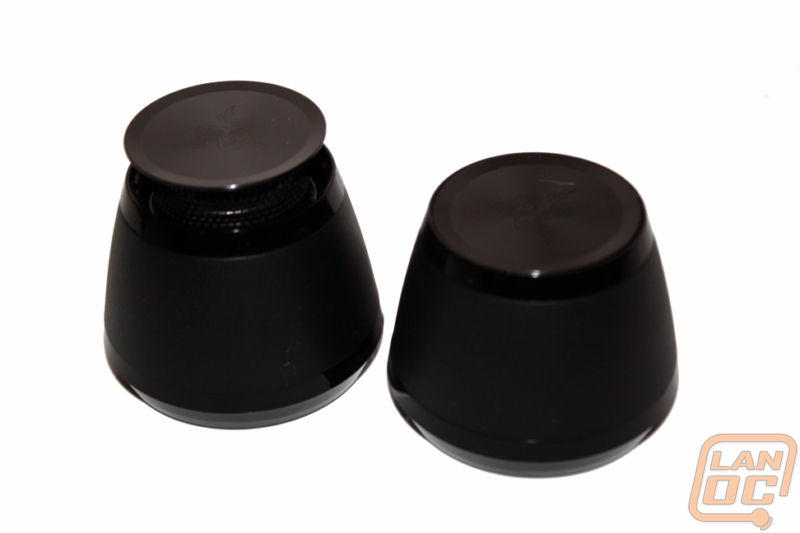 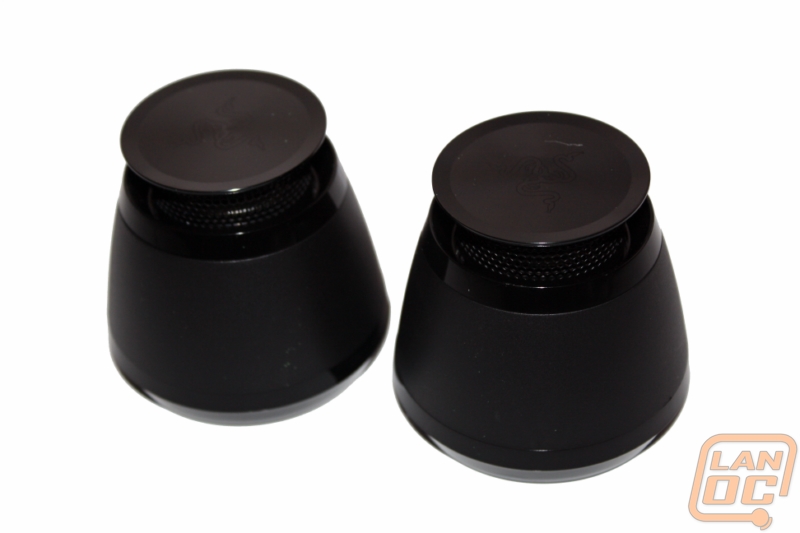 Although designed for your laptop, the Ferox is a perfect addition to a smart phone or mp3 player when you are looking for portable audio for everyone. Having recently moved, I took the Ferox out into my garage along with my phone and put on Pandora. The Ferox put out more than enough sound for me to enjoy even when I made a little to much noise while sorting through box’s. 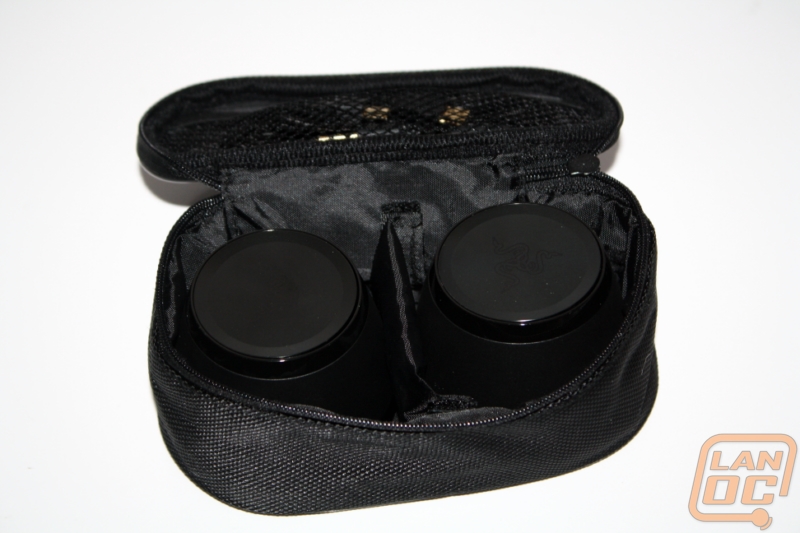 Overall
My experience with the Razer Ferox was considerably better than what I expected. Past experiences with portable speakers had left me jaded. Razer build a quality product that at-least “feels” like it will hold up over time. Little tricks like the glow under the speakers and the fluid motion the on and off “button” on each speaker speaks worlds about the differences between the Ferox and the typical cheap portable speaker set. Audio quality was top notch minus the lack of low end. My only other complaint was with their portability and practicality when using them with a laptop. The fact that you can use them with your MP3 player or phone more than makes up for that issue. If you are looking to boost your laptops audio quality or to find a small speaker set to hook up to your MP3 player you have to give the Ferox a look. 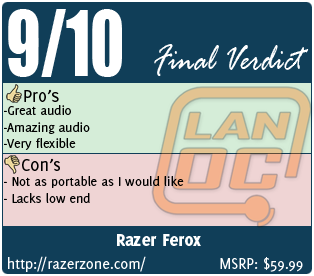 You might call him obsessed or just a hardcore geek. Wes's obsession with gaming hardware and gadgets isn't anything new, he could be found taking things apart even as a child. When not poking around in PC's he can be found playing League of Legends, Awesomenauts, or Civilization 5 or watching a wide variety of TV shows and Movies. A car guy at heart, the same things that draw him into tweaking cars apply when building good looking fast computers. If you are interested in writing for Wes here at LanOC you can reach out to him directly using our contact form.
Discuss this article
Log in to comment
Posts in discussion: Razer Ferox