The pinhole-sized microphone input on your laptop is obviously not going to give the highest quality audio. For podcasters and some business people you just can’t accept anything but the best quality. Samson has a product for that core group of people called the Samson Go Mic. A USB powered high quality microphone that uses the high quality components of a studio microphone, but designed to be packed up with your notebook. 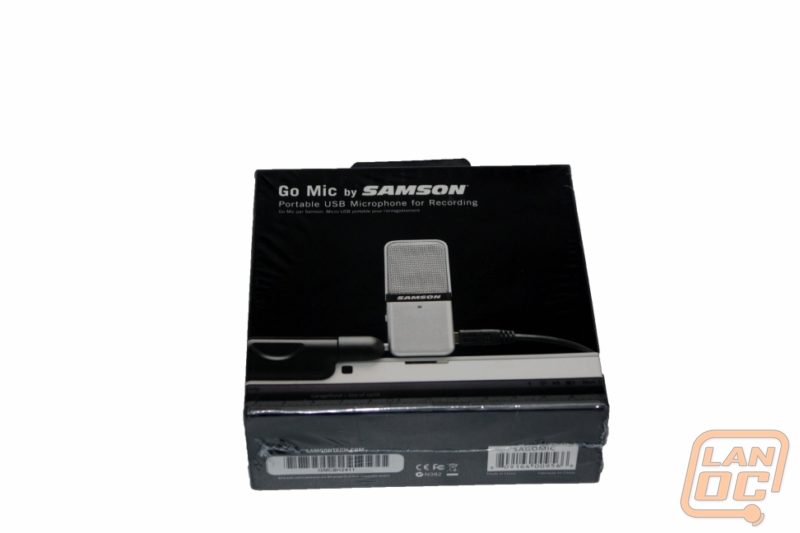 The Go Mic came packed in an all-black box with a nice picture of the microphone attached to the top of a laptop on the front. Around back they have a nice photo of the Go Mic with brackets pointing out some of its important features. They also included a nice picture of the USB cable and carrying case that come inside along with the microphone. Speaking of inside, when you open up the box and slide out the 2nd box you are greeted to the microphone sitting in the middle surrounded by felt. A pull tab on the right side lets you open the box up to access the accessories and software included with the microphone. Obviously Samson cares enough about their product to showcase it even while you are opening everything up, nice job! 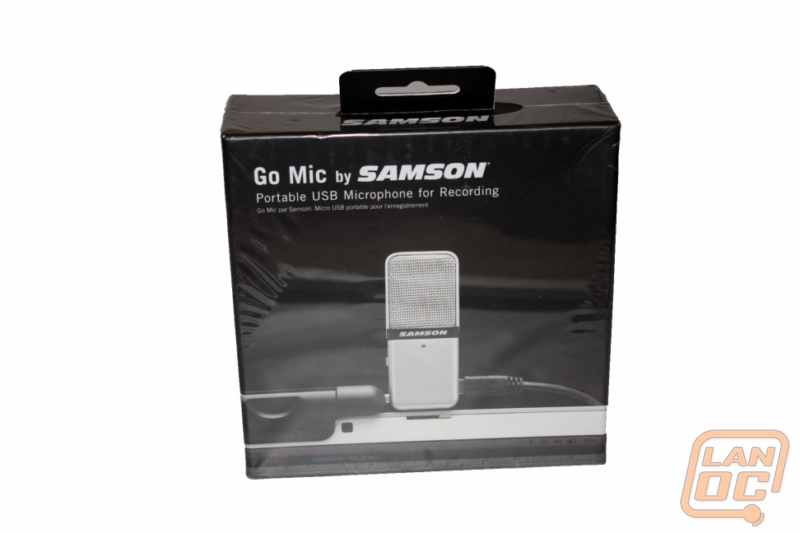 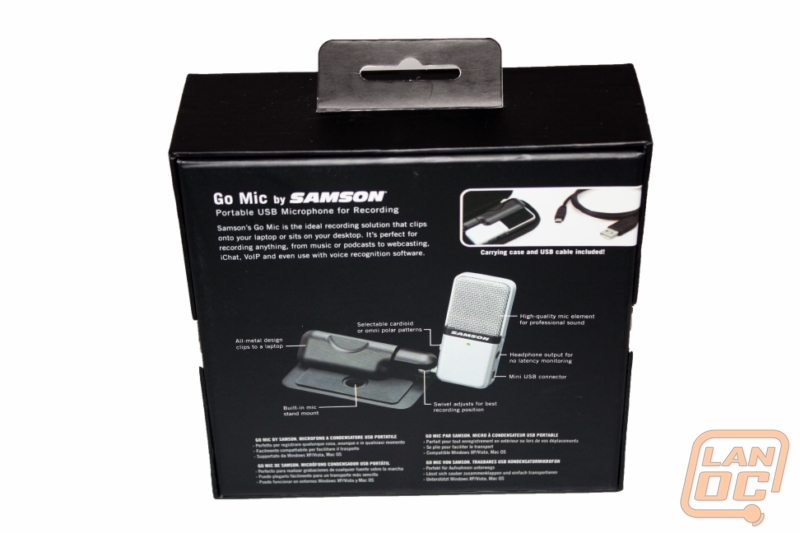 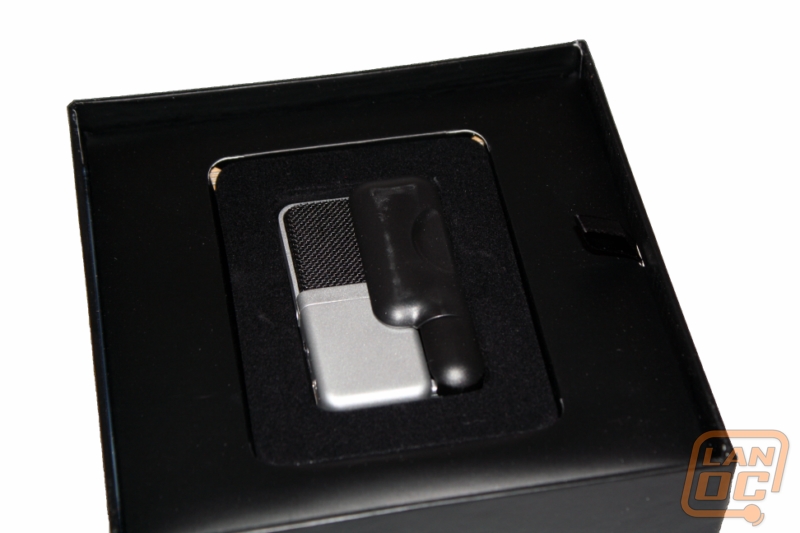 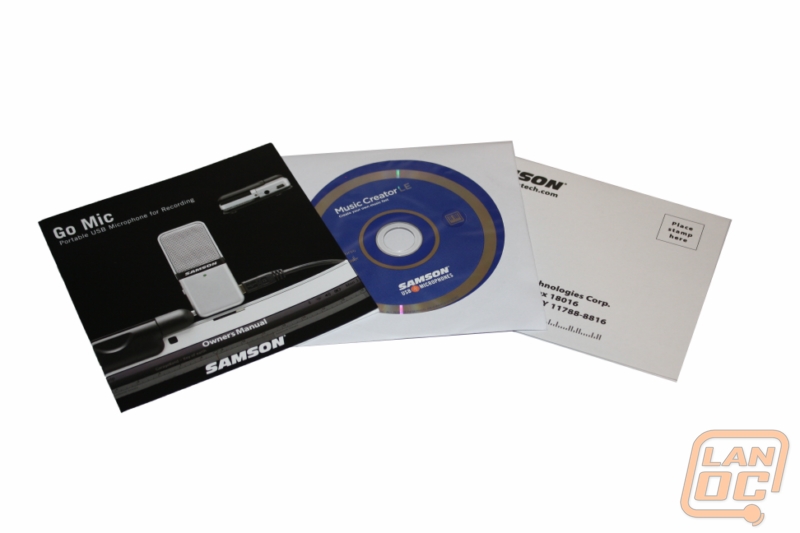 Installing the Go Mic itself only requires finding a good place to place it and plugging in the USB cable. Plugging in the cable is fairly obvious, but where would you place your Go Mic? Samson recommends that you keep it at least 6 inches away from your mouth when in use, but they provide a nice built in clip that is perfect for attaching it to the top of your laptop. For my testing purposes I attached it to the top of my monitor, but also tried it on my notebook with good results. The clip is strong enough to hold the microphone in place without any worries. 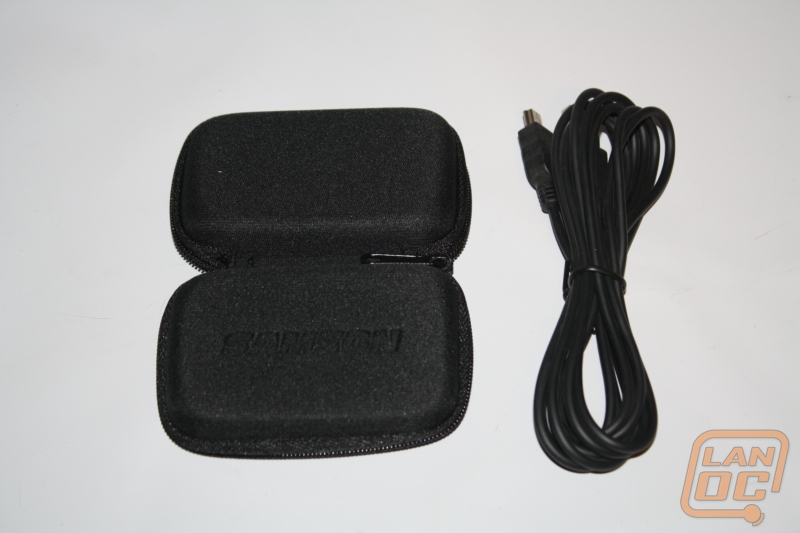 During testing, I used it for anything that requires a microphone, including steam chat, vent, and even in game. The switch on the side of the microphone gives you the ability to switch it between cardioid or omni modes. Cardioid is only one direction and Omni is 360 degrees. This means you can use the Go Mic in the middle of a group of people and pick up everyone; this is what some radio stations use. For day-to-day use I had to use Cardioid to pick up less noise from my A/C and all of the noisy equipment in the room. No matter the settings, the Go Mic did an impressive job. The Go Mic picks up a wide range giving you audio quality that is perfect for use in pod casting and even recording a song while on the road. 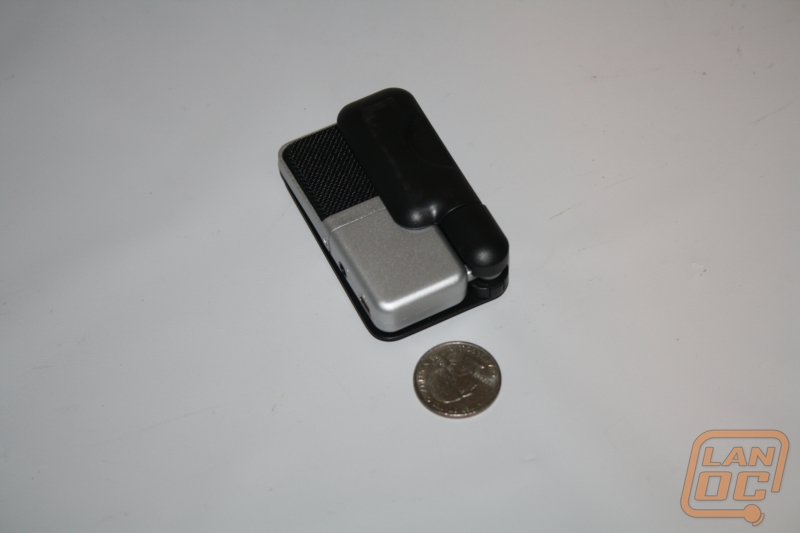 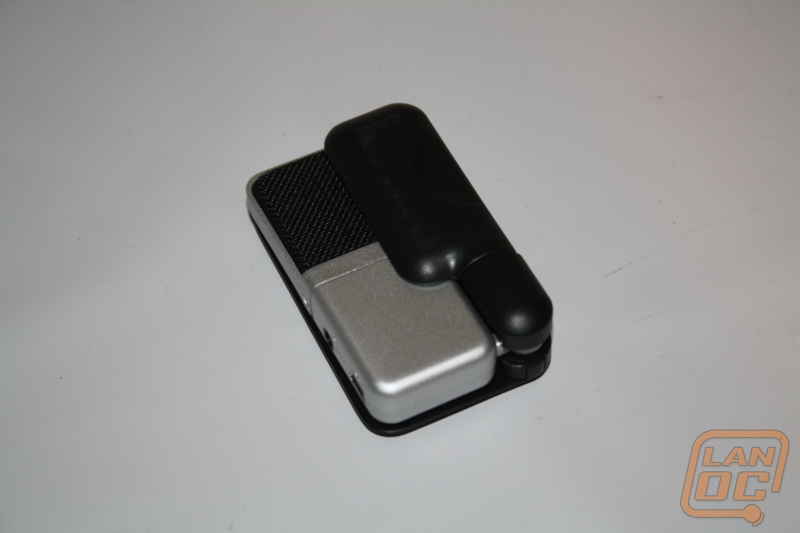 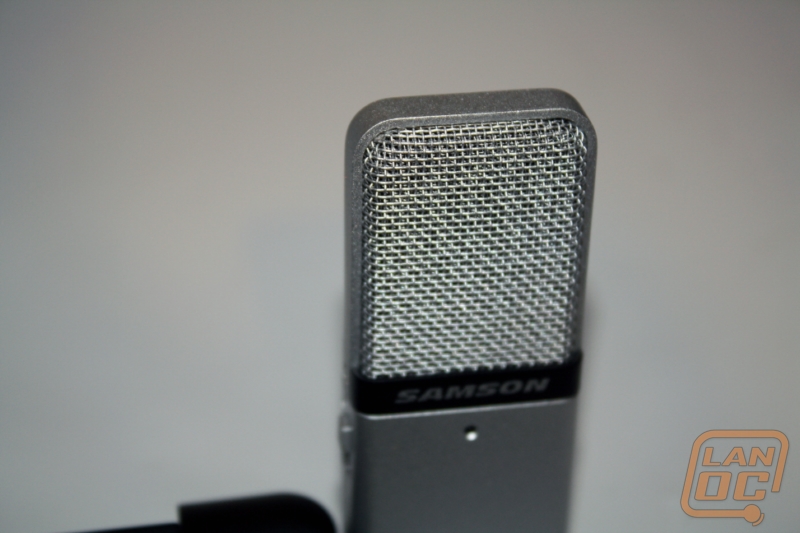 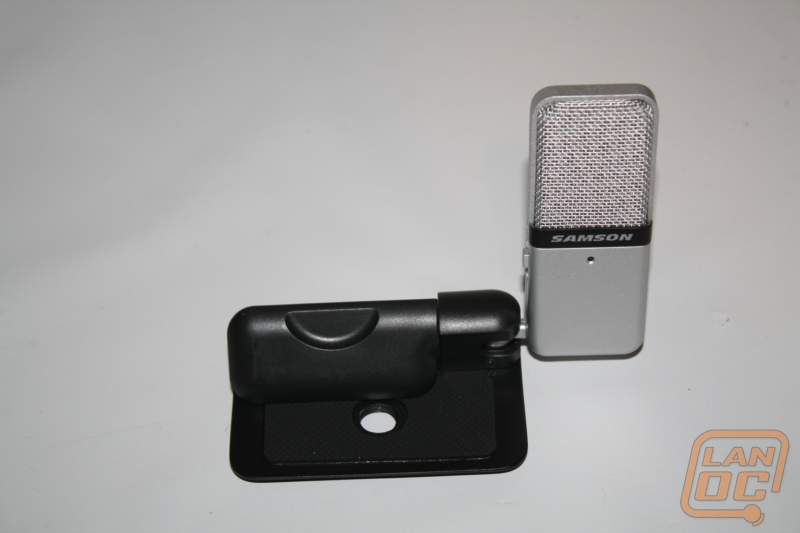 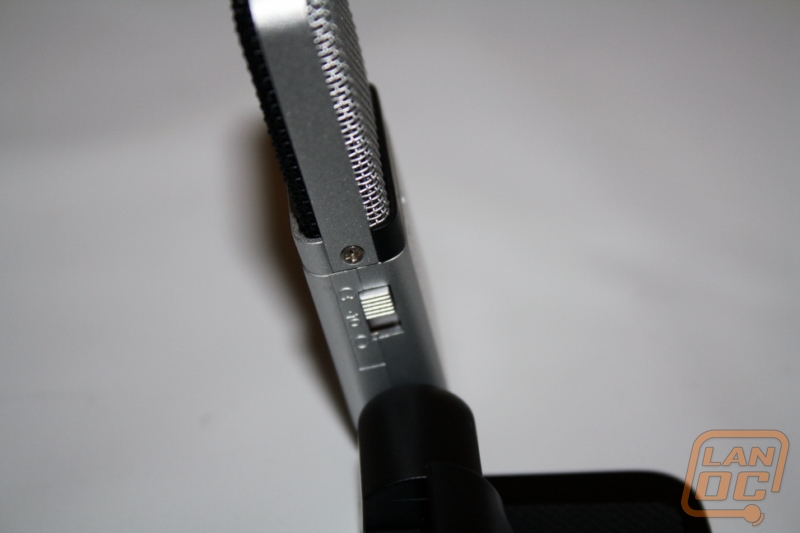 If you are a musician or a podcaster, having a portable high quality microphone is a must have, even when on the go. Because of that, Samson’s Go Mic is a perfect solution for anyone in that position. We at LanOC have been talking about getting into podcasting; the Go Mic will obviously come in handy in the LanOC office in the future for that. I don’t think you will find a microphone that is more flexible and portable. The performance is great and it comes with an in depth music editing program if you aren’t using garage band or anything like that. If you want to be the next Major Nelson or NIN you’re going to need a high quality microphone, and if you need to do that on the go Samson’s Go Mic is a good choice. 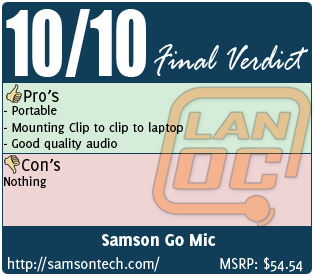 You might call him obsessed or just a hardcore geek. Wes's obsession with gaming hardware and gadgets isn't anything new, he could be found taking things apart even as a child. When not poking around in PC's he can be found playing League of Legends, Awesomenauts, or Civilization 5 or watching a wide variety of TV shows and Movies. A car guy at heart, the same things that draw him into tweaking cars apply when building good looking fast computers. If you are interested in writing for Wes here at LanOC you can reach out to him directly using our contact form.
Discuss this article
Log in to comment
Posts in discussion: Samson Go Mic

We have 1377 guests and one member online