It wasn’t that long ago that I took a close look at the SteelSeries Siberia Neckband headset. My complaints almost all came from the neckband holding the headset up. Steel Series does make a Siberia headset that has a standard headband. Today I have the chance to test it out, and to spice things up a little bit this one is bright red, If my wife’s excitement is any indication the Siberia Full-Size headset should be nice. 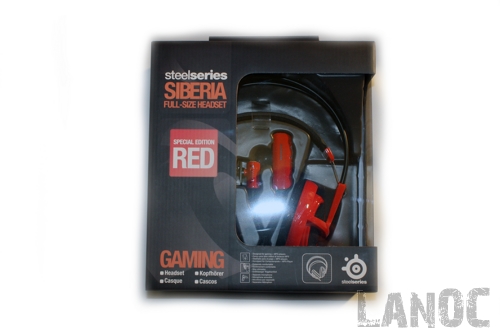 The Siberia came packaged in a box very similar to the other Steel Series products. On the front they included a special edition red logo directly on the packaging, this was surprising to me, normally companies don’t make packaging specific to the color of the product. The headphones and microphone are visible through the window that takes up most of the front and right side of the packaging letting you get a good idea of what you’re purchasing. The back of the packaging included a specifications listing. Below the specifications they have a diagram with descriptions of each of the important features. Inside the headphones and microphone as secured in plastic molded to fit to keep everything secure. They also included a Steel Series sticker along with the user manual, steel series product catalog, and warranty information. 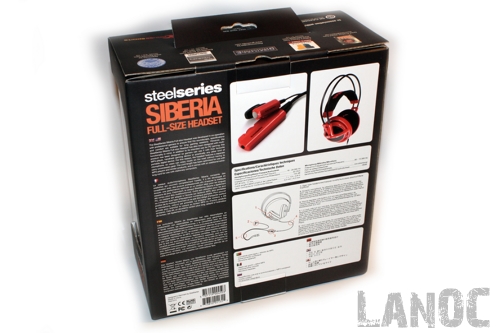 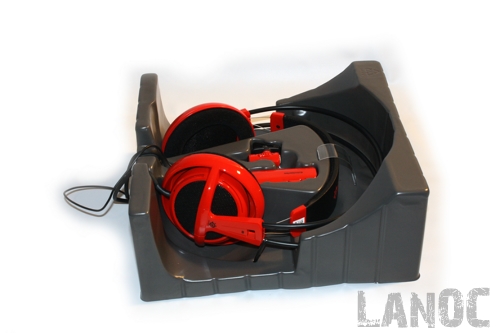 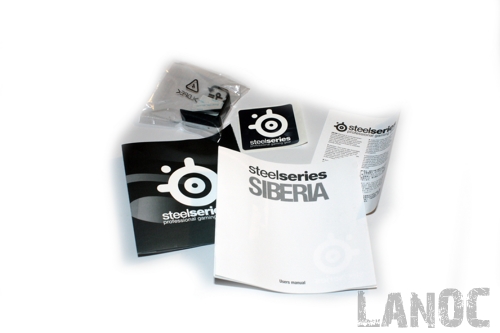 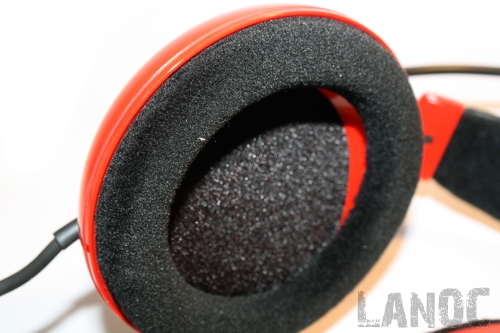 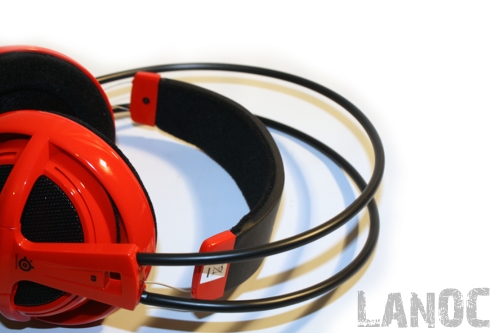 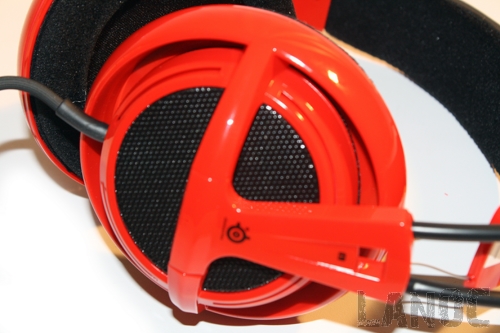 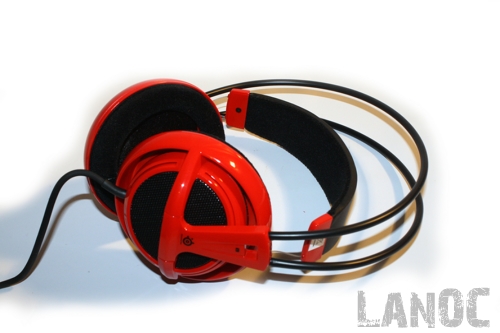 Well this is an obvious one, Steel Series designed the Siberia for DJ and gaming use. They sound amazing when listening to music, watching movies, and in game. That diversity means the Siberia doesn’t have the directionality that some 5.1 or 7.1 headsets have. But it is a perfect balance for someone who enjoys their music as much as their gaming. The one thing that was disappointing to me was the separate microphone. I have always been a fan of Steel Series retractable microphones but they chose to go with a clip on mic for the Siberia. Along with the microphone they have also included a volume control that can be used in line with the headset if you choose too. Of course between this and the clip on mic the wiring can become a mess quickly if you’re not careful. 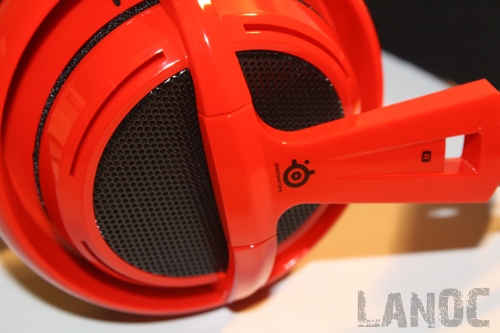 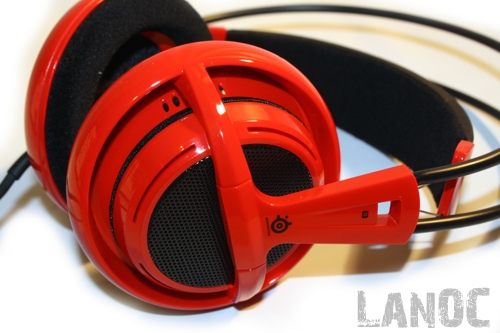 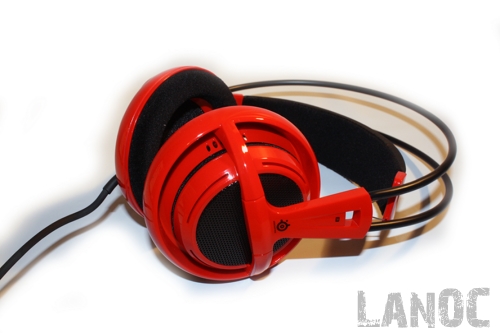 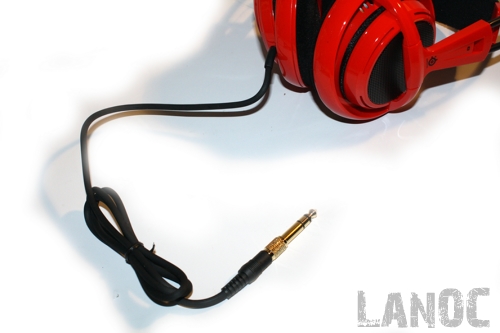 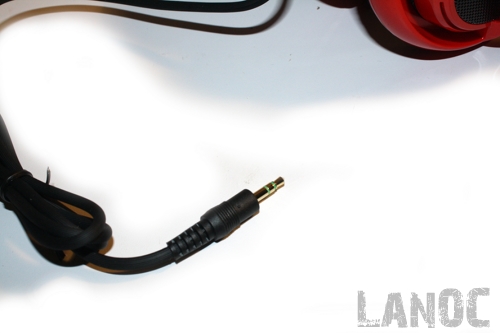 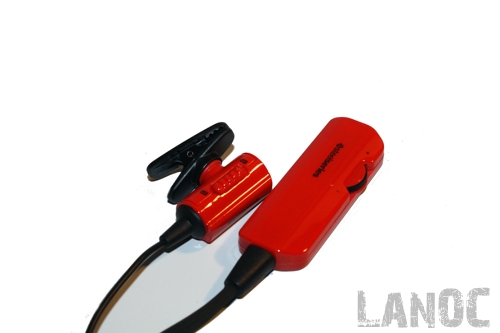 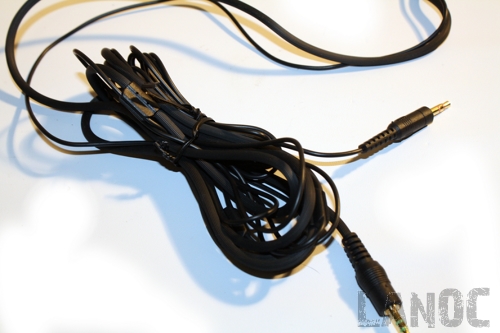 Alrighty so the Siberia didn’t have the same padding on the ear cups as the neckband; but was it more comfortable? Overall yes it was, but I would love to see a version that uses the extra padding to hold the cups off of your ears similar to the Siberia Neckband. I was also not really impressed with the use of a clip on microphone as a gaming headset, but this is just a sign that they designed the Siberia for a more overall use rather than just a focus on gaming. This was also apparent with its sound quality; the Siberia sounds just as good jamming to your choice of music as it does fragging at a lan. The special edition red version looks amazing and stands out drawing attention to this killer headset. Please don’t take my complaints about the microphone and ear cups as complaints about the Siberia; it is still a great headset. It’s just not perfect. 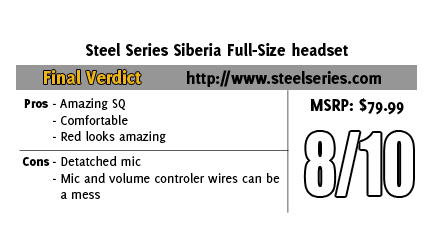 You might call him obsessed or just a hardcore geek. Wes's obsession with gaming hardware and gadgets isn't anything new, he could be found taking things apart even as a child. When not poking around in PC's he can be found playing League of Legends, Awesomenauts, or Civilization 5 or watching a wide variety of TV shows and Movies. A car guy at heart, the same things that draw him into tweaking cars apply when building good looking fast computers. If you are interested in writing for Wes here at LanOC you can reach out to him directly using our contact form.
Discuss this article
Log in to comment
Posts in discussion: Steel Series Siberia Full-Size headset