The notebook cooling market has lately been flooded with makes and models, each attempting to tackle the heat issue that often comes with portable computers, especially in those used for gaming. Antec sent us out their Notebook Cooler To Go, which is designed as you may have guess to be portable. Having reviewed similar products in the past, that portability is often acquired through the sacrifice of performance. Given Antec's reputation for effciency, I was anxious to see how the Cooler To Go stacked up against not only it's similar-sized competition but also the bulkier models that are often required for higher cooling rates.

Packaging
The Cooler To Go comes packaged in the familar plastic crimp that similar Antec accessories feature. Instead of colorful boxes with flashy art, the consumer gets to see the actual product through the clear plastic. This is accompanied by a cardboard insert sporting the Antec logo, product description, and a few key details listed on the back. Accessing the product is fairly painless, given that the plastic is only crimped at a few vital points to keep the hardware secure, instead of the lethal border-crimp that is commonly seen on the retail floor. Inside is straight-forward as well, containing the cooler in one piece (no accessories needed) and a small reference sheet included as well. 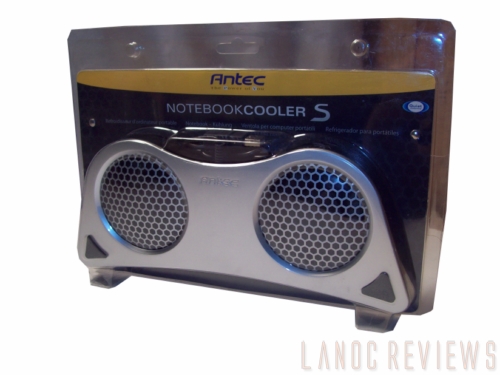 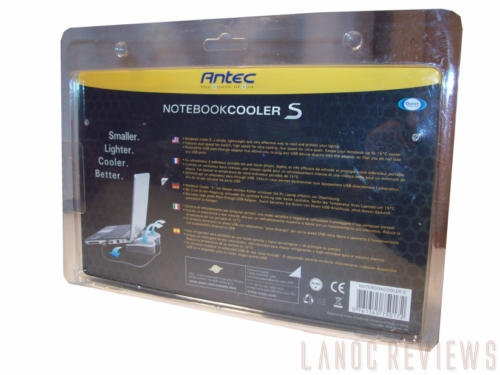 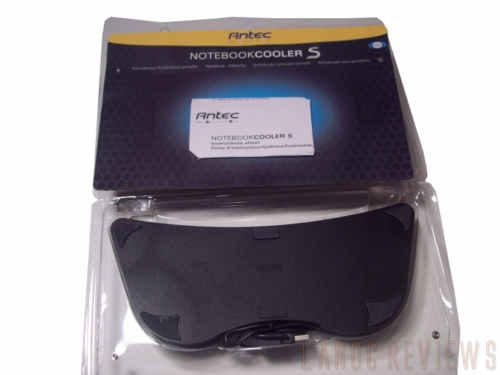 Installation
At first glance, one might asssume that the Cooler To Go works just most other coolers do: large fans that blow cool air directly onto the laptop. In reality, Antec has designed a much more intuitive cooling system. The two fans are not intended to push out air, but rather to pull it in. The back edge of the laptop rests on two anti-slip grips on the bottom corners of the cooler, leaving the fans open and exposed to bring air in. The cooler is then powered via USB cable, which features a double-side male/female interface so you don't eat a USB port. 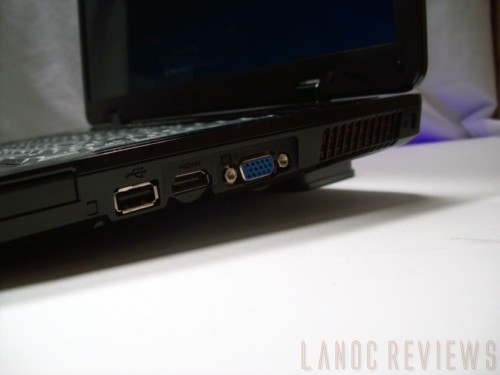 Performance
As mentioned above, the fans will pull fresh, cool air in and push it out through the cooler so that air will circulate in the open area underneath the laptop created by the Cooler To Go's incline. Not only will this help the posture of the user, but it also removes the heat emitted from the laptop underneath and creates a cooler environment in it's place.

The Cooler To Go does hold the company's claim to fame when it comes to silence, as any noise from operation is absolutely inaudible on it's low setting. You wouldn't even know if it was on without feeling the cool air gushing from underneath the laptop, or the blue LED power indicator on the back, which admittedley can be annoying, especially to the person sitting across from you. On the higher setting, however, there is a bit more of a noticable hum, but still nothing you're likely to notice over the system fans on the laptop itself. 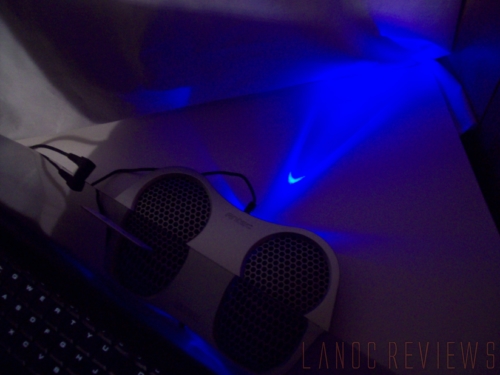 Antec has also achieved extreme portability, with to cooler measuring in at a SIZE. It's also a cinch to set-up and tear down, with no adjustments or accessories to add-on, and a simple USB power cable. Though an additional USB port is created, there is no further USB hub that similarly priced models feature. 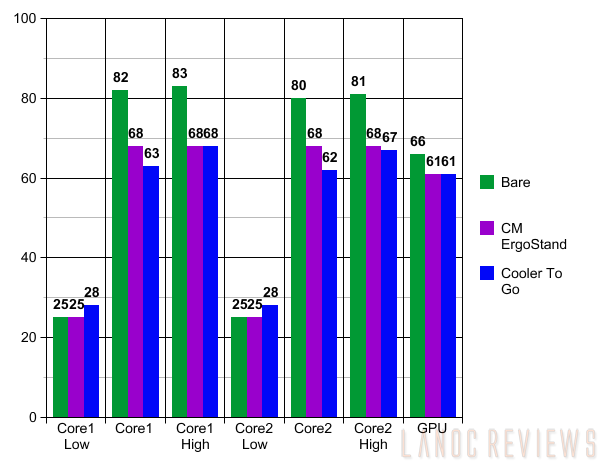 As you can see, the Cooler To Go did pull in cooler results in the processing cores than the bulkier, recently reviewed Cooler Master ErgoStand. I was very intrigued to see the results, and without a doubt convinced of the effectiveness of a cool, open under laptop environment.

Overall
With a price tag on the cheaper end of the scale, portability, and unarguable cooling results, the Notebook Cooler To Go is a great option for any user, espcially those who frequent LAN parties with laptops. You will have to tag along your own USB hub, however, and the lucky gamer across the table might get blue LED in his eye, but in that case you're likely to see your kill-death ratio rise a bit, too. 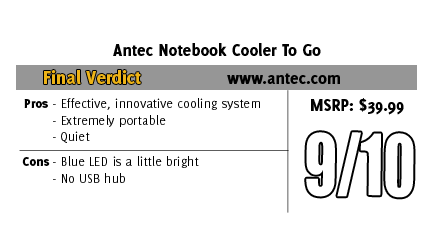 Author: Lersar
Contributing Editor / Event Staff
Adam is a big proponent of LAN parties, esports and speed-running, and helps organize our semi-annual LAN events. He has covered hardware and software reviews of a wide variety, but most content these days come from event coverage, such as other LAN parties.
Discuss this article
Log in to comment
Posts in discussion: Antec Notebook Cooler To Go