It wasn't too long ago that multiple displays were considered to be a pure enthusiast sport. Nowadays, with both hardware and software becoming more multi-task friendly, even the average user can find themselves short of desktop area. If you have the luxury of built-in dual outputs on your video card, that's great. But what if you don't or what if you find yourself craving a third what do you do? And what about laptops, for that matter? Diamond Multimedia has developed an adapter to help in all those situations and more, and has sent us one to see for ourselves.

Packaging
The USB Display Adapter Pro comes packaged in a simple, rectangular box showcasing a photo of the adapter and a few of it's potential uses. On the side, you'll find a list of requirements, dating back to Windows 2000 up to Windows 7, and compatibility with Mac as well. On the other side, some key features are detailed, as well as a table listing the supported resolutions. Finally, on the back you'll find a few more features as well as a simple diagram to help consumers better understand how it works. 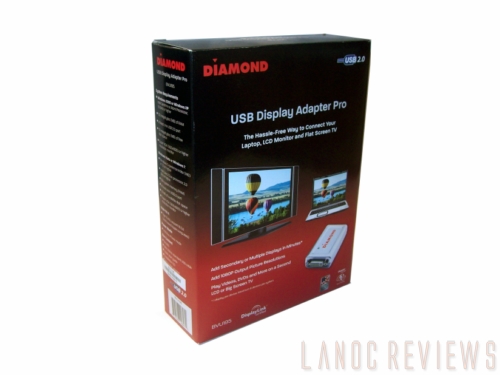 Inside, the adapter rests in a cardboard tray, underneath which are the accessories, which contains a user manual, USB to mini-USB cable, DVI to VGA adapter, and installation CD. 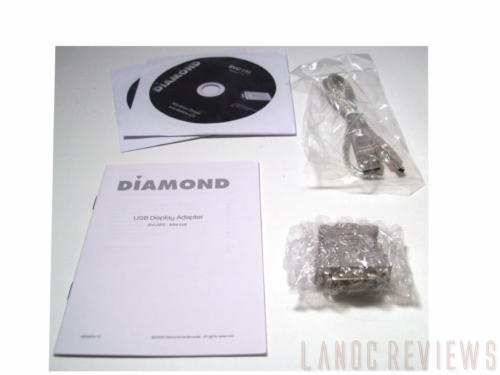 Installation
One of the biggest perks of the USB Display Adapter Pro is that it's external, meaning no installation inside your computer. Naturally, that's going to make this area very easy. This is also one of the reasons this product appeals well to laptop users, who don't have the option to install internal hardware.

There are two steps involved here. First, decided whether you'll need DVI or VGA (DVI is default, but an adapter for VGA is included). Simply connect the monitor, and plug the display adapter into an open USB port on your computer. 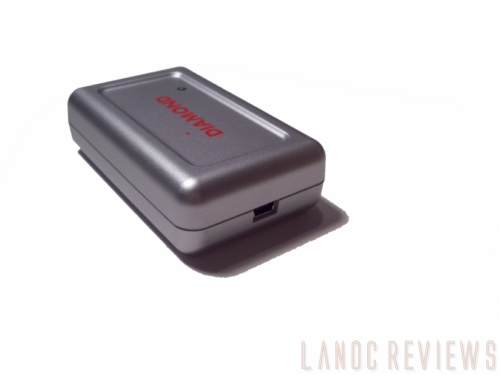 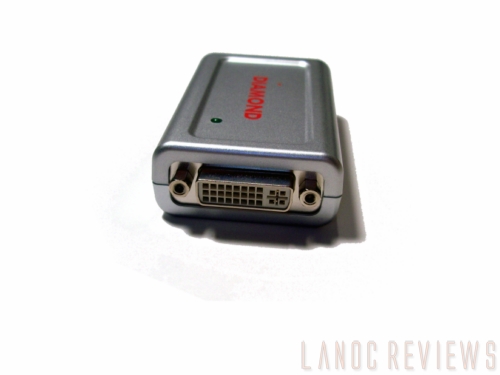 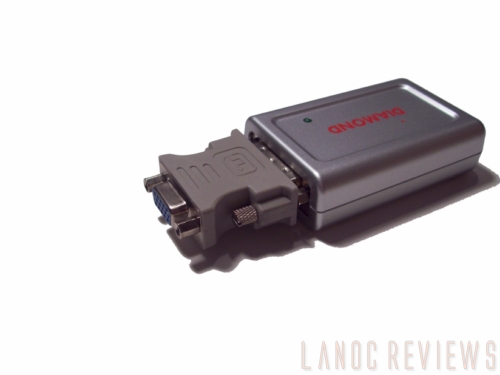 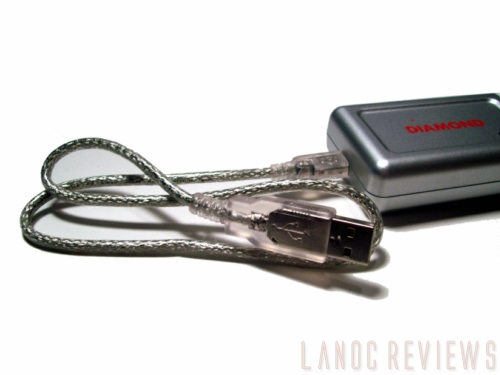 Next, you'll need to install the driver software, obtainable online or via the install disk included in packaging. There is only one driver available as of publish date, so the included disk holds the most recent version. Though installation is smooth and creates a simple plug-and-play interface, both the drivers from Diamond's website and the included disc did not support Windows 7 64-bit operating system, despite the packaging's compatibility listing. 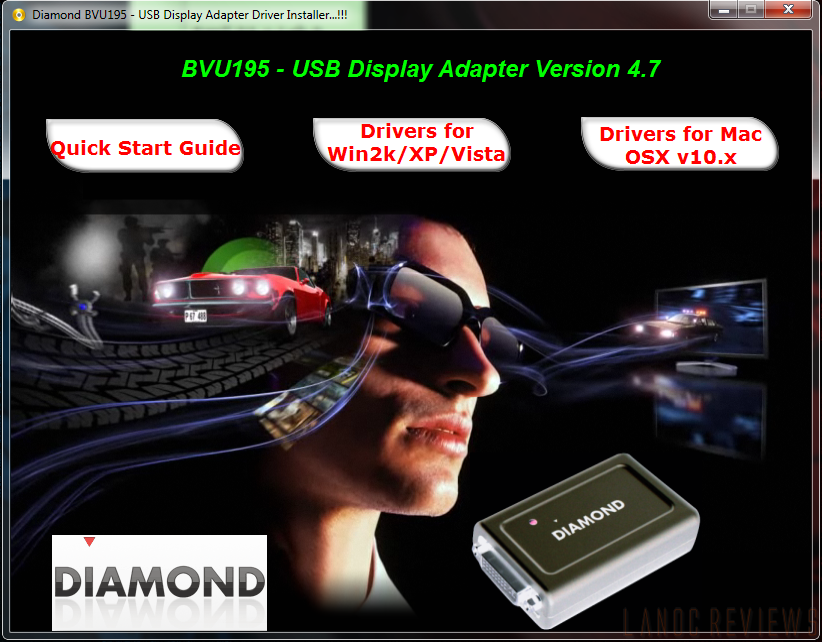 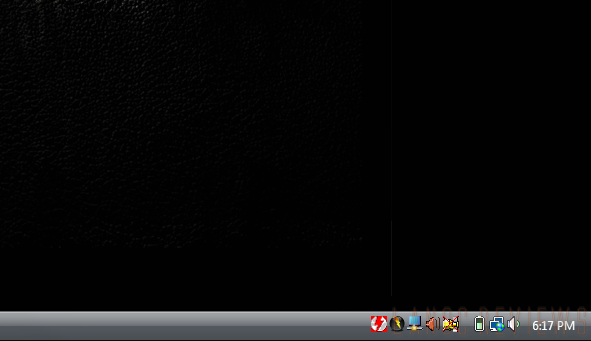 Performance
The Display Adapter Pro is widely compatible, working with both flat-screen and CRT monitors and has a supported max resolution of 2048x1152. Using multiple adapters, a total of six displays can be supported on one system, an achievement not otherwise as simple to pull off.

At the time of publish, however, the Adapter Pro does fall extremely short in the operating system realm. Regardless of advertised compatibility with Windows 7, as mentioned drivers from both the CD and online (currently version 1.0), come back with an error message about installing on Windows 7 64-bit. I even tried to run a simple plug-and-play on Windows 7, but this reviewer was simply unable to get the adapter to work.

Installing the adapter on a laptop using Windows Vista, however, works without flaw and the end result was beautiful, experiencing my mobile desktop at 1920x1080 for the first time. Performance is spectacular, with nothing lost between the USB connection.

Overall
Though you'll probably want to leave the gaming burden to a dedicated video card, the adapters such as the Display Adapter Pro are unmatched in their convenience in other enthusiast and professional areas. Whether you need to connect an office or simply want to watch Family Guy while you raid, Diamond can hook you up easily in a matter of minutes. However that convenience will come at a price the adapter has an MSRP ranging a bit more than an already steep industry average. Hopefully we'll see an updated driver in the near future for Windows 7 but for the time being Vista is as far as Windows can go. 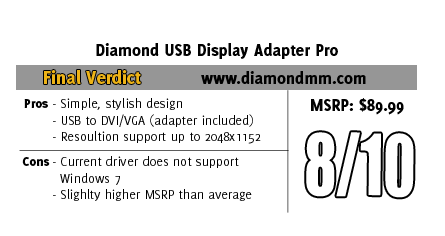 Author: Lersar
Contributing Editor / Event Staff
Adam is a big proponent of LAN parties, esports and speed-running, and helps organize our semi-annual LAN events. He has covered hardware and software reviews of a wide variety, but most content these days come from event coverage, such as other LAN parties.
Discuss this article
Log in to comment
Posts in discussion: Diamond USB Display Adapter Pro