Outside of the big names in the gaming peripheral business you can find many different manufactures fighting for even just a tiny piece of market share. A few of those names you may have even heard of. Cooler Master's Sentinel mouse for instance. Now Cooler Master isn't the only gaming case manufacturer who has a few ideas on what they think a gaming mouse should be. NZXT, has a 7 button gaming mouse called the Avatar that we have the chance to look at today. Can the little guys out-do the big names at their own game? 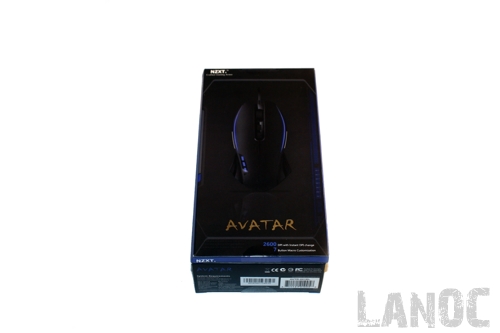 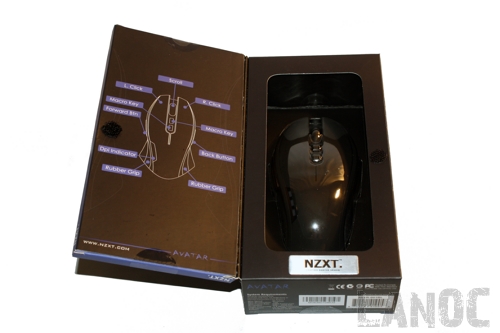 NXZT has packaged the Avatar in a black box with blue trim. On the front, there is a picture of the mouse, a few small details about the DPI and Macro buttons, and the product name. With a lack of information on the front you will need to open the front door to learn more. Behind that "door" you will find a diagram of each of the Avatar's features along with a better view of the mouse itself. On the back those same features have been written up with a little more detail in multiple languages. Inside, the User Manual was hidden away inside of the front "door", protected by a small piece of foam. Inside the user manual, you will find all of the information you need to know along with a small black disc with the device's software and drivers on it. The mouse itself was tucked away in a plastic shell giving full view of it through the door I mentioned before. 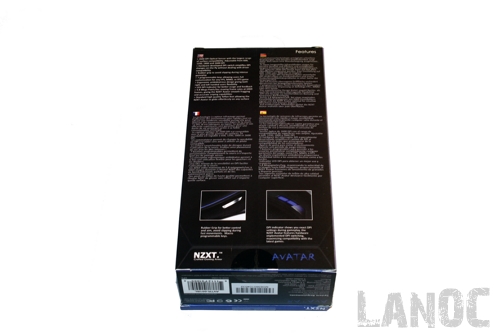 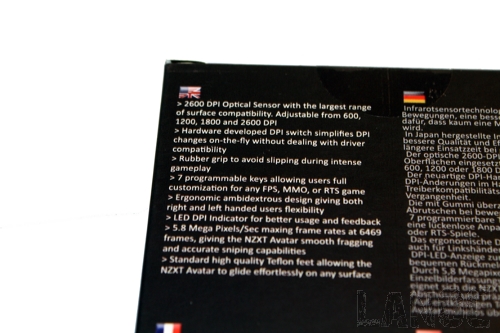 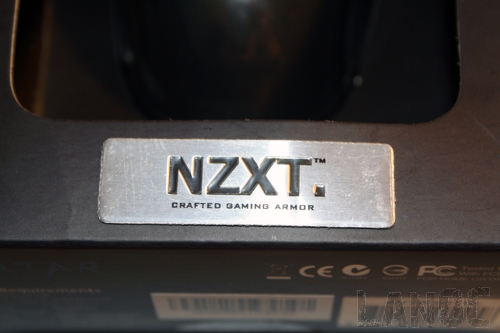 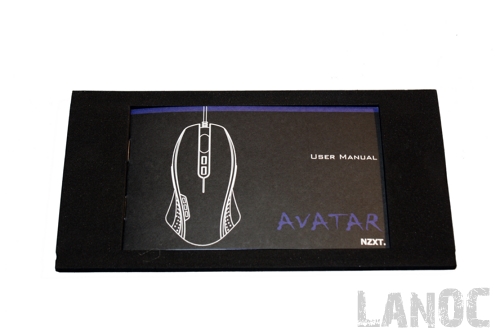 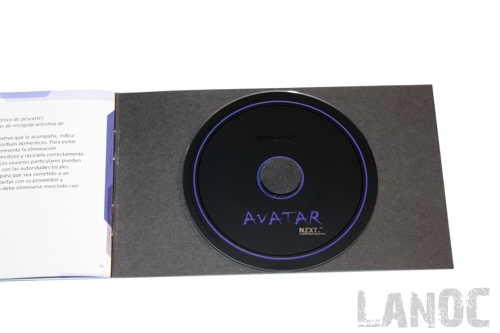 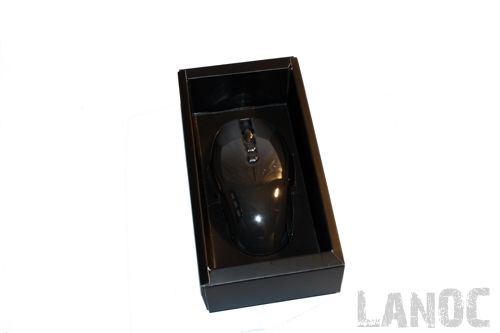 After downloading and installing the current version of software from the NZXT website I was ready to set everything up. NZXT's software has a full diagram with each of the mouse's seven programmable buttons. Each button can be programmed with a full list of different functions along with full macro capability. Switching from a Right and Left handed setup is easy to do for you lefties out there. I was surprised that the base setup has each of the five programs set to the same DPI. If you wanted to slow your mouse down on the fly like you would with similar Razer and Logitech products, you would have to first do some programming. Along with DPI adjustment, you can also adjust X and Y sensitivity, windows pointer speed settings, and acceleration if you need too. The software's last tab has a scroll speed adjustment, another sensitivity adjustment?, and double click speed. They also give you a box to test out the double click to be sure your happy with your settings. Overall, I would call the software okay but not great. It does provide the ability to make any needed adjustments, but for a gaming mouse, I would like to see the ability to setup different profiles for each game. 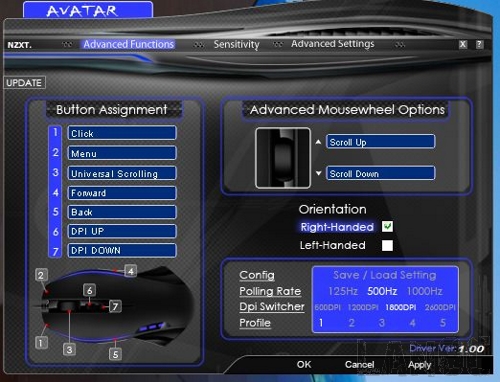 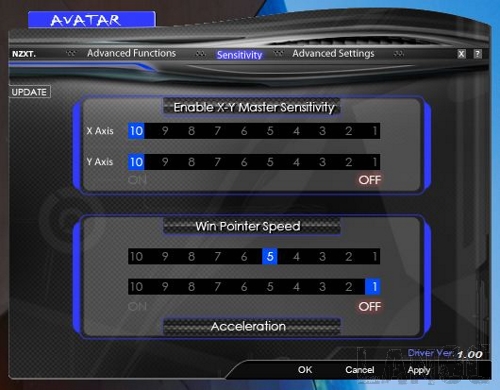 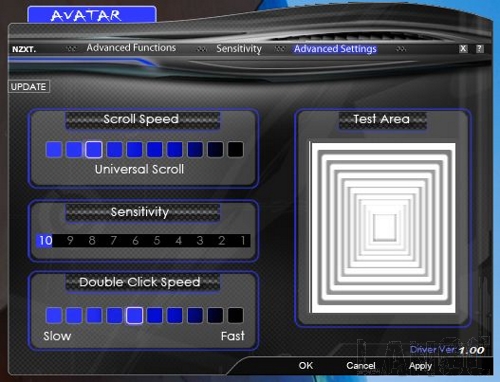 Judging performance on a mouse is always very subjective. I like to do a few different tests to get a full idea of performance. I start with my Photoshop test, during my Photoshop test I highlight and outline specific items in a photo. It is important to have on the fly dpi adjustment to slow things down for accuracy. I didn't make it around one corner before I noticed a major issue. When moving around slight curves the mouse would compensate and go straight. This became a major issue in Photoshop, making it almost impossible to work with. 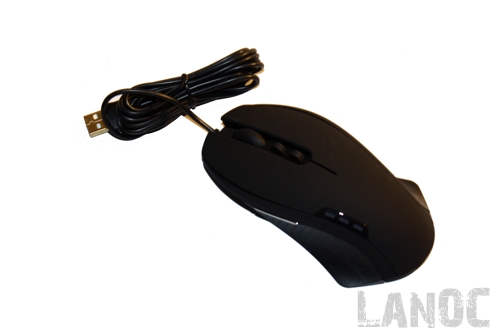 My second and third tests are done together while playing games (hey it's a gaming mouse right?). The second test is about comfort during long gaming sessions. After playing Modern Warfare 2 for a few hours I didn't experience any hand cramps or other issues. The ambidextrous design that makes the Avatar perfect for both Left and Right handed people doesn't lend itself to being comfortable though. I found the mouse to be a little skinny for my large hands, but all of the buttons are easy to reach and functional. The third test is the kick ass test, does the mouse help you kick ass while gaming? Well to a point yes, the Avatar's programmable buttons helped considerably. But the same issue that I experienced in Photoshop seemed to effect game performance. 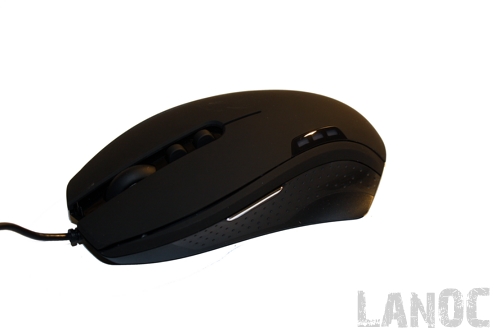 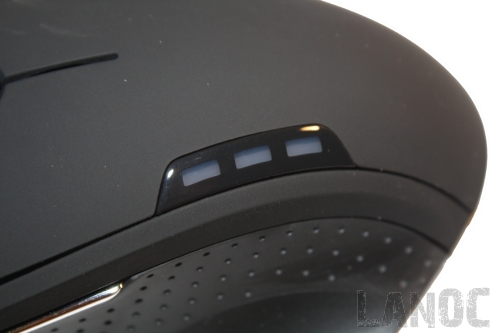 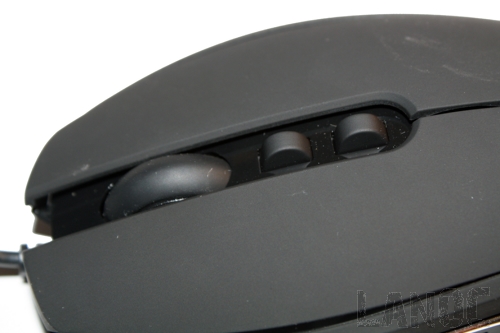 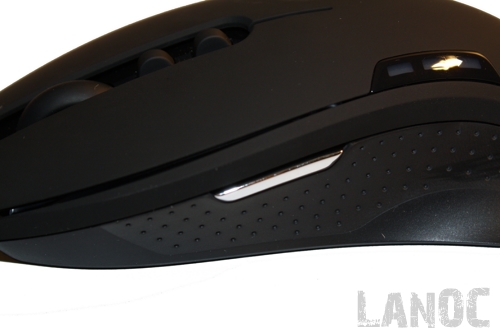 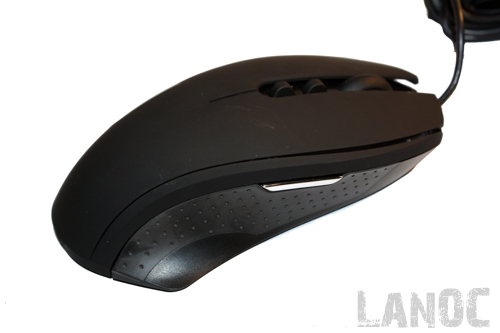 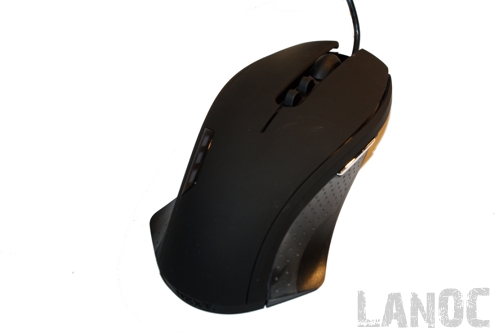 As I'm sure you can see with my long winded write-up on the Avatars packaging, I was extremely impressed, if not suspicious. With everything about the Avatar looking suspiciously like a Razer product, I was expecting only but the best in performance and quality with the Avatar. Of course, I was disappointed with the huge issue I ran into during my testing. Because of that, I can't at this time recommend the Avatar. I do think that with an update to their firmware and or software the issue could be fixed. Something similar to what Steel Series did would be wonderful! It's really disappointing that an otherwise great mouse could be soiled by one issue, I hope they work it out. 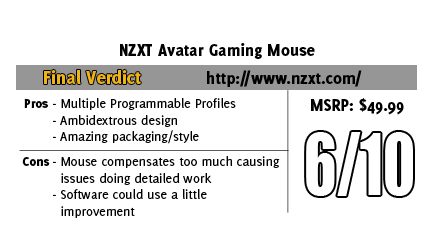 You might call him obsessed or just a hardcore geek. Wes's obsession with gaming hardware and gadgets isn't anything new, he could be found taking things apart even as a child. When not poking around in PC's he can be found playing League of Legends, Awesomenauts, or Civilization 5 or watching a wide variety of TV shows and Movies. A car guy at heart, the same things that draw him into tweaking cars apply when building good looking fast computers. If you are interested in writing for Wes here at LanOC you can reach out to him directly using our contact form.
Discuss this article
Log in to comment
Posts in discussion: NZXT Avatar Gaming Mouse

We have 1504 guests and one member online