The new crafted chassis from NZXT makes several claims to fame, including being the self-proclaimed 'Airflow King'. If you've read some of my past reviews on cases, you know that cooling options is a criteria that I hold in very high regard, so naturally I was excited to get my hands on the Tempest. Today I sit down with the case, and see if it truly does: "realize the dreams of gamers worldwide."

Packaging
The box in which the Tempest is packaged is designed to compliment the product, despite the scars from ground shipping. On the front is a great action shot of the case, promoting the windowed feature, front LED lights, and only a few of the cases' fan options, which are factory LED blue as well. Above the image is likely the second thing that will catch your eye, the large proclamation of being the "Airflow King".  On the reverse side, you'll find many of the cases' features outlined, as well as another image of the case, from a top-down perspective. 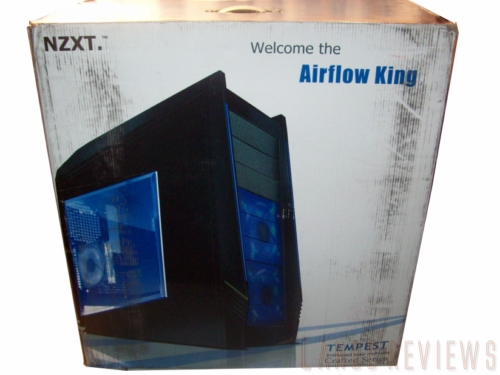 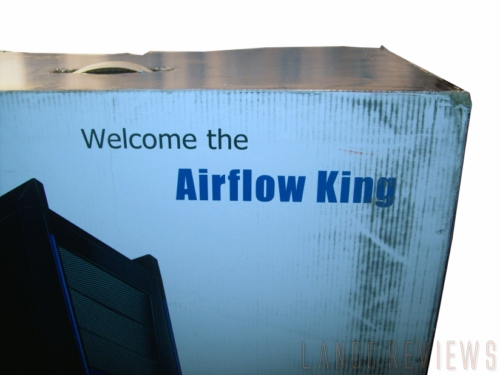 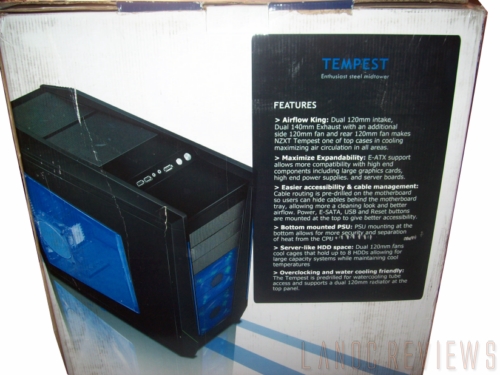 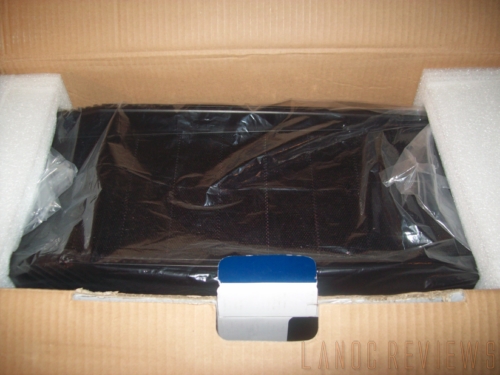 Inside the box the Tempest is cased in the usual foam holders on both sides and wrapped in a plastic sleeve for protection. The window has a protective film covering it as well. Inside the case, system cords are kept neatly in a non-static pouch, and accessories and manual are held in a black envelope. Accessories include optical drive rail attachments x6 (for mounting three devices), case screws, accessories, and cable management clips. 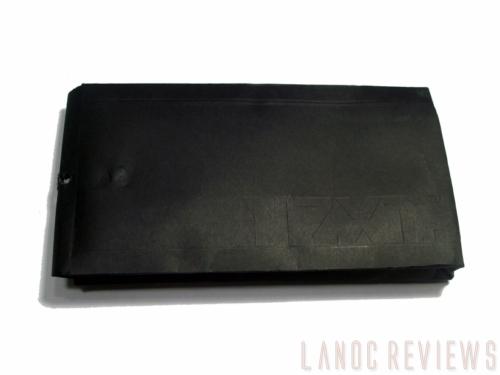 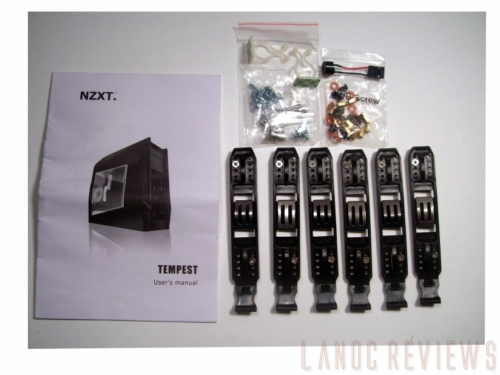 Installation
The Tempest is designed to support a range of motherboards to support nearly any build, including E-ATX, ATX, Micro ATX, and Baby AT. This can be installed just as you would imagine. Installing the included motherboard risers that correspond with your model of motherboard makes things a little easier. Unfortunately the Tempest does not include a CPU cutout on the motherboard tray, so switching heatsinks that require a back plate will require removal of the entire motherboard.

The top I/O panel can then be connected easily by removing the USB, audio, eSATA, power and reset connectors from their pouch and then hooking them up to the motherboard. Cord length shouldn't be a problem here, and excess can be weaved in behind the motherboard tray and back in so extra cable isn't hanging out in plain sight.

The first three external 5.25" bays are installed using a tool-less mechanism. The rails on the outside of the optical bay have knobs that turn vertical to lock and unlock horizontally, allowing them to be removed easily. After removing the front panel of the Tempest (achieved by pulling at the opening near the bottom of the case), a black mesh placeholder must also be removed. The panel can then be reattached, sliding a 5.25" device in the opening until its flat with the front of the chassis. The bracket is then inserted, with the rods matching the holes available on the drive for mounting. Then turn the knob to lock it all up, you can use the additional screw mounts are available if more security is desired. The final three bays are installed in a similar fashion, except they will be mounted using the included optical drive rails. Note: that these additional bays are only available if the first hard drive cage is removed. 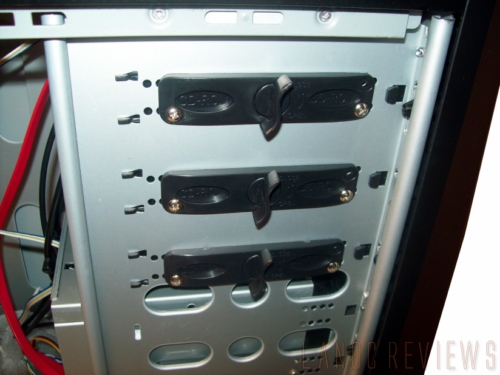 Hard drives can be installed into the cages without removing them, but it is much easier to do if they are. The rails rest in the cage itself when not in use, and snap onto the sides of the drive. These then need to be inserted along the metal rails of the cage, and snap to secure in place. Using both hard drive cages, the Tempest allows up to eight hard drives to be installed.

With a high capacity such as that, the first thing that may come to mind are the obvious heat issues. This is where the "Airflow King" begins to rise to the title. Dual 120mm fans are factory installed right in front of the cages to provide adequate cooling. These fans each include a filter and can be swapped out and customised as well. 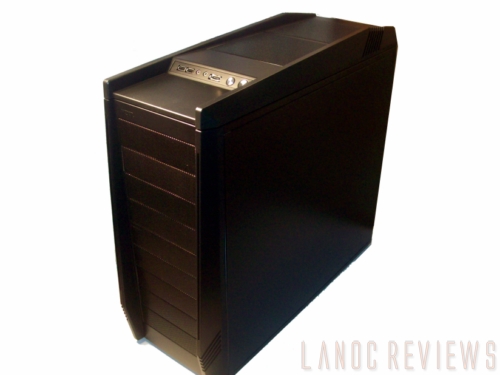 The power supply mounts atop of a riser, and includes a removable bracket for the unit to be installed with the fan facing in either direction. PCI expansion slots are removed and secured using single-screw mounting, with placeholders for slots not in use. 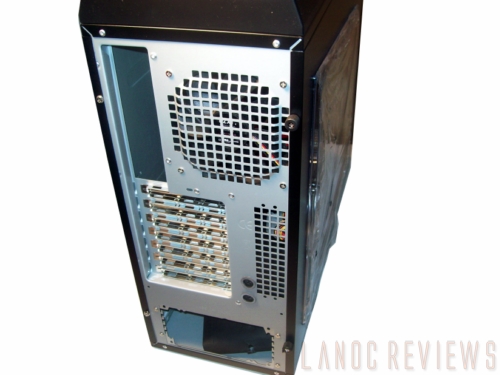 Performance
The Tempest is crafted from steel, which is sturdy but not as light-weight as it's aluminum counterpart. With the chassis designed to meet the requirement of higher-end enthusiast hardware, this case may become very heavy very quickly. This may be okay sitting at home on your desk, but is something to keep in mind if you're traveling to LAN parties often.

The window is a nice touch, again with the given that high-end hardware can be used, you're going to want to show it off. The fan on the window looks great with it's LED, and can be swapped for a different color, speed, etc., and provides excellent cooling directly to the video card area. However, NZXT has opted to leave the interior unpainted, leaving you with that less-appealing dull grey factory look. For a windowed case obviously designed to be attractive, it would be nice to for the interior to match the exterior. 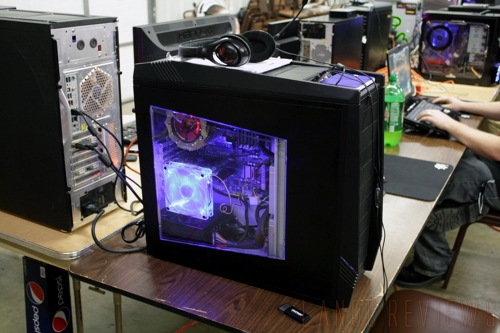 Along with the dual 120mm fans in the front and 120mm on the side panel, an additional 120mm is mounted on the back of the case, as well as two 140mm fans on top. For a mid-tower, this is an excellent airflow system and it gets better. Instead of simply providing the option of the fans, NZXT has included each fan factory installed.

Cable management is fairly simple, routing excess cords behind the the motherboard tray and out the nearest opening to connect them is pretty easy. There are, however, a few unavoidable blemishes, such as fans including an attached molex connector and system fan connection; one will obviously not be used, and since its attached, it is stuck just hanging there, for everyone to see. 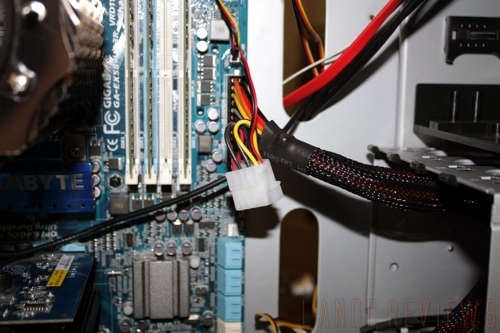 Overall
The claim to the title of "Airflow King" is one NZXT has definitely put effort into achieving, and it shows. With a total of not only six options, but factory installed fans placed effectively to provide cooling to known hot spots, the Tempest is a cool solution to a hot problem. Especially when the chassis is crafted to support enthusiast hardware, such as multiple video cards, large motherboards, and up to eight hard drives. The Tempest has a lot to offer to any gamer, despite a few minor appearance blotches, and does a great job keeping your system cool while looking somewhat bad-ass in the process. 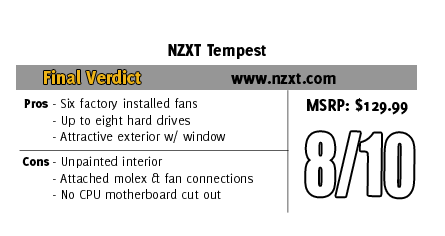 Author: Lersar
Contributing Editor / Event Staff
Adam is a big proponent of LAN parties, esports and speed-running, and helps organize our semi-annual LAN events. He has covered hardware and software reviews of a wide variety, but most content these days come from event coverage, such as other LAN parties.
Discuss this article
Log in to comment
Posts in discussion: NZXT Tempest

We have 1633 guests and one member online