If it is one thing that I've learned in the past 10 months of reviewing is to not count a company out just because you haven't heard of them. New or relatively unknown companies have surprised me countless times and I think I have finally learned my lesson. Today we are going to look at a 120mm fan from Xilence. Xilence may not be a huge name in the industry, but they have been around since 2003. There range of products consists of cases, power supply units, case fans, notebook coolers, and a wide range of heatsinks. Expect to see more of their products on here in the near future.

Review by: Wes Compton Aka Garfi3ld

Pictures by: Wes Compton Aka Garfi3ld 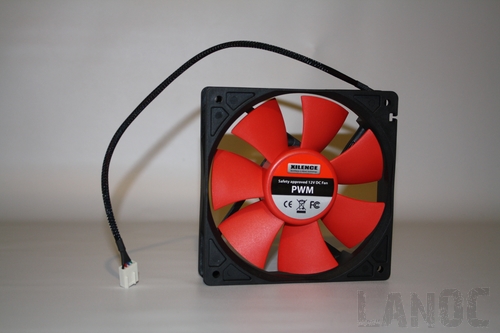 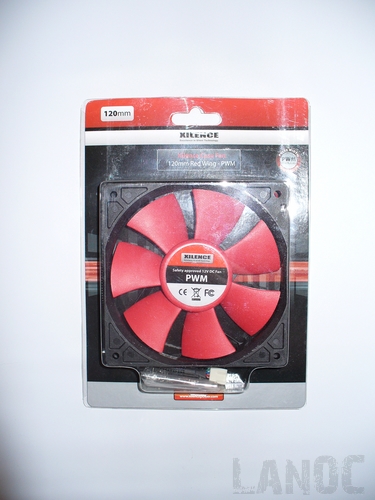 The packaging is a typical plastic bubble front and cardstock back.  The Packaging does match the red and black of the fan. The reason you see this type of packaging so much is because it just plain works. I love how you can get an up-close look at the fan without having to open up any boxes. The back of the box is basically covered in 8 different language versions of the specifications. It was a little odd how they only put the numbers all the way to the right. With English being all the way to the left it made it a little difficult to read. I also found it a little amusing that all the specifications were written in English so anyone who needed the descriptions in the other 7 languages may have a little trouble figure out what kind of bearing or connection is has. 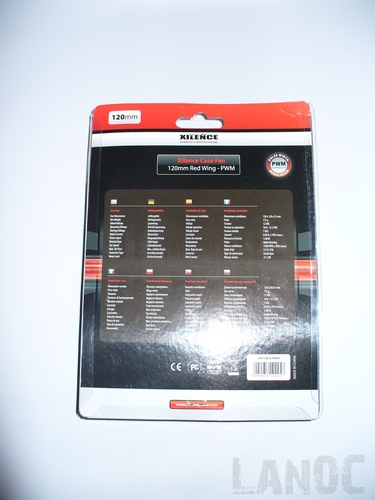 In order to test out the fan I needed to find out if the fan was quite and pushed enough air. I have no way to verify how much air the fan pushes, but we do have our decibel meter for sound testing. Like the fans we have tested in the past I placed the fan inside of a cardboard box and turn the fan on. With our meter inside the box with the fan we get a good representation of the noise output the fan puts out. 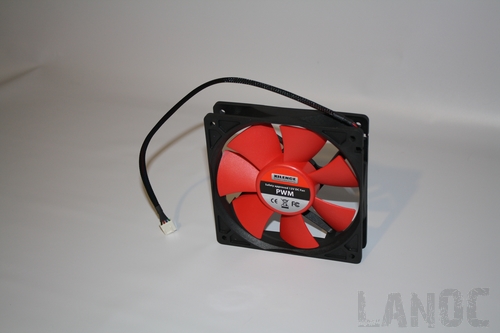 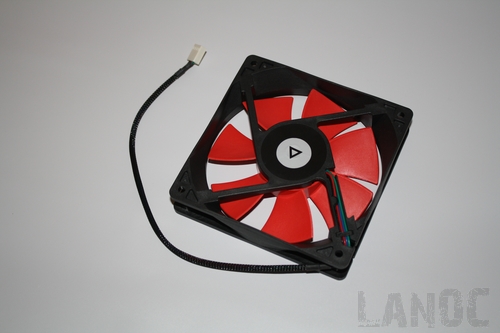 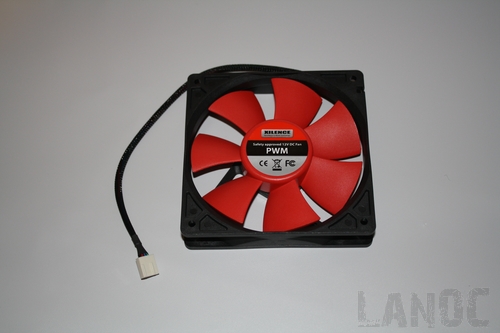 With the fan putting out 57 CFM I expected the fan to put out at least some noise. I was pleasantly surprised during testing that the Red Wing Fan was quite. Even with the fan performing well at full speed Xilence designed the Red Wing Fan to be a Pulse-width modulation fan. That means that when hooked up to motherboards that support PWM the fan can be slowed down to put out less noise when extreme cooling isn't needed. You can spot PWM fans and motherboards by the 4 pin fan connector. 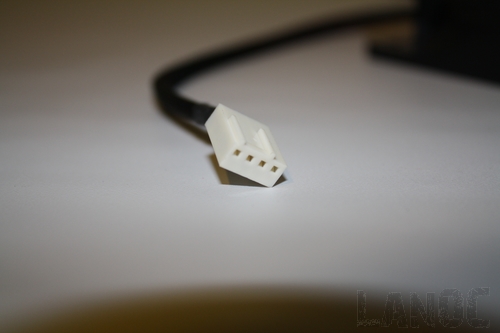 My first impression of the Red Wing Fan was the weight. The fan has a heft to it that gives you the impression of quality. The fan is perfectly balanced meaning it does not vibrate when installed into your case. Combine that with the low noise output and the Red Wing Fan supporting PWM this fan is perfect for low noise applications. It also puts out a respectable amount of air at 57 CFM. The only thing I am not a fan of is the lack of color or lighting options. The red and black look doesn't look really bad, but they only go with some cases. 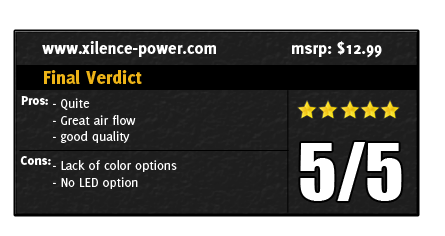 You might call him obsessed or just a hardcore geek. Wes's obsession with gaming hardware and gadgets isn't anything new, he could be found taking things apart even as a child. When not poking around in PC's he can be found playing League of Legends, Awesomenauts, or Civilization 5 or watching a wide variety of TV shows and Movies. A car guy at heart, the same things that draw him into tweaking cars apply when building good looking fast computers. If you are interested in writing for Wes here at LanOC you can reach out to him directly using our contact form.
Discuss this article
Log in to comment
Posts in discussion: Xilence 120mm Red Wing Fan