We recently took a look at Silverstone's RV02, better known as the Raven 2. With the entire motherboard rotated 90 degrees for ideal cooling performance we were very impressed. Today I have the chance to take a look at the RV02's more professionally dressed older brother the FT02, better known as the Fortress 2. With things being very similar to the Raven 2 I am curious to see how the Fortress 2 compares to the similarly styled Cooler Master ACTS 840. Which is my current case at the moment. Considering that, this review should prove to be most interesting for me. 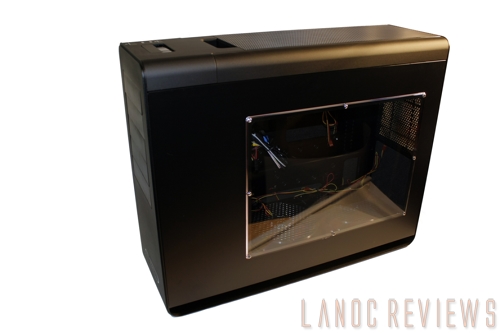 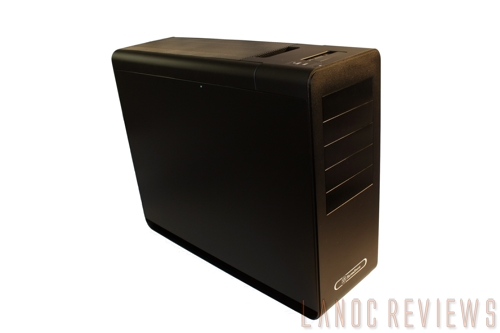 Even though the Fortress 2 is packed in your typical cardboard box and foam setup like every other case, I was surprised at how large of a box this case came in. In the past, we have had the chance to check out a lot of full tower cases, but I don’t think any of them came in a box this large. The box itself has a nice picture of the silver FT02 on the front. Below the picture, Silverstone  has listed a few key features of the Fortress 2 on the bottom left side to give you an idea of what to expect. Inside, not only was the case secured with Styrofoam but Silverstone also wrapped the FT02 in a nice soft bag to prevent scratches. 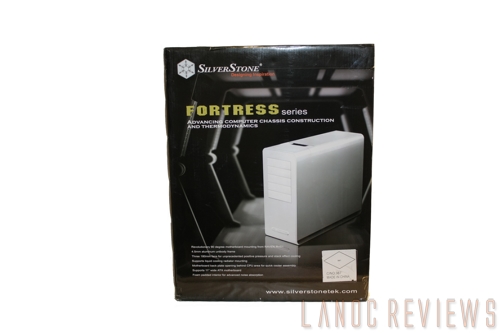 With the top panel on and the wires routed through the supplied area on the top; this case is dead sexy. Although it's based on the same chassis as the Raven 2, Silverstone has gone in a very different direction with the Fortress 2. Silverstone used s single piece of aluminum to make the front, bottom and back of the case a process they call "uni-body design". This gives the FT02 a very unique design while at the same time resulting in much stronger construction overall. The open area and rounded bottom also give the bottom mounted fans more than enough room to breathe and thus cool effectively.

Up top  and under the mash cover, you will find all of your cabling along with three switches that control the speed on the three underside mounted fans. The top-mounded power and reset buttons are both surprisingly made of aluminum. Normally you will find similar buttons to be plastic on all but the most expensive cases. Next to the buttons are two USB 2.0 ports, microphone, and headphone plugs which well labeled and hidden under a sliding cover. In the front I found it interesting to see that the drive bay covers are all aluminum and not mesh. I have found that a lot of manufactures tend to use mesh front panels in order to increase in airflow at the expense of added noise. Silverstone didn’t go that route and I wouldn’t be surprised if this case is quieter than the others because of it. To top it all off the right (yes, not the normal left) side of the case has a very sharp window giving everyone a peak at the goods inside. 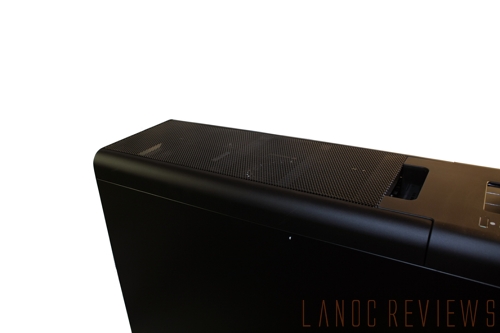 The first thing you will notice upon opening the FT02’s side panel is the sound deadening material they have attached to both of the side panels and a few areas on the front and back to keep noise down (noticing a trend yet?). Up top there is a 120mm fan pulling air out directly over where the CPU would be helping your CPU heatsink perform at its best. The fan also features an interesting dimple design similar to that of a golf ball. Speaking of the CPU... Silverstone has left more than enough room to access the back of the CPU without removing the motherboard, a major plus! The inside of the case is where Silverstone really shows off their attention to detail, with a fully painted interior and other small details like the Silverstone logo etched above the PCI slots.

The bottom of the case is completely covered with three 180mm fans blowing air straight up and to keep dust out of the case each fan has its own easy to clean filter. The orientation of the hard drives on the FT02 is an improvement over the Raven 2. Not only can it hold more hard drives, it's also much cooler due to the fans not being blocked by the bottom drive. This design also includes an easy to use slide out drive holder that is also much better than the Raven’s design. Keeping the 5 ¼ drives locked into place is as simple as pushing on the tooless locks included on each drive.  For those lucky enough to own an SSD, Silverstone also included a bracket to mount the drive behind the 5 ¼ drive bays. Even though this is a great use of space I would much rather find a way to show off the SSD. Why spend that much money and hide it, right? On the topic of hiding things, there are multiple holes and hideaways for you to route all of your cables through and plenty of room behind the motherboard tray to tuck everything away. I did have to fight to put the left side door back on and would love too see another quarter of an inch of room behind the motherboard tray. 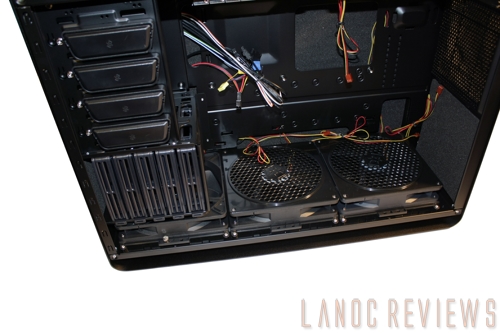 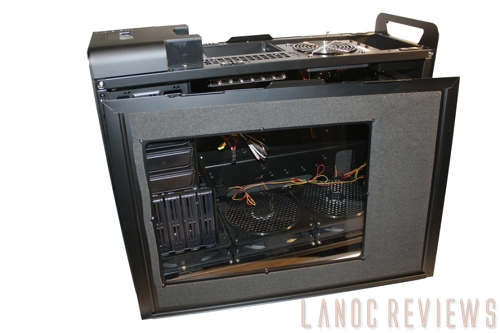 Having worked with Adam on his review of the Raven 2 I already had a good idea of what to expect for performance as I jumped into testing with the Fortress. Despite having a good idea of what to expect I was surprised at how well the rearranged hard drive enclosure effected the cooling of the hard drives, not to mention the added bonus of room for a few more drives. Installing our i5 test rig into the Fortress 2 went smoothly including hiding our SSD around on the back with the included mount. Installing the power supply was a little tricky with its odd positioning (what used to face the back now faces the top of the case) but nothing that will give anyone too much trouble.

The cooling performance of the Fortress 2 is nothing short of amazing! Not only does it do an amazing job of pushing the air up and out quickly because it’s not fighting against the laws of physics. It does all of that while keeping its noise footprint amazingly low. If the small amount of noise the case does make bothers you, there is an option to turn each of the three large fans on the bottom down to a lower speed (700 and 1000 RPM respectively). 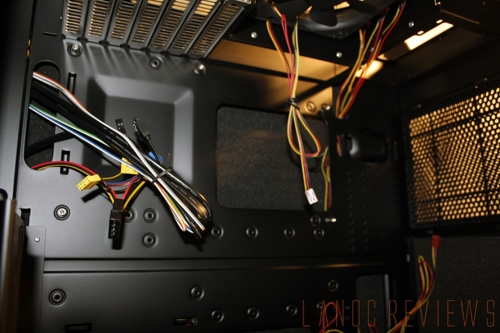 With a style that is simple enough to be used as a workstation as well as a high end gaming rig it’s hard not to love the Fortress 2. After spending weeks with the Fortress 2 I found it hard to find any fault in the case at all. My only complaint was the hidden SSD mount, if you can even all it a complaint. Because of that, I have to give it our highest honor and recommend the FT02 with our gold medal. I am really excited to see what Silverstone will bring out in the future. If they continue to innovate and change the way we look at cases I think we'll be in for some serious surprises. 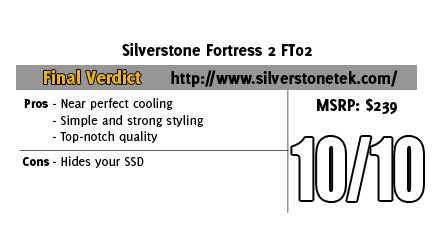 You might call him obsessed or just a hardcore geek. Wes's obsession with gaming hardware and gadgets isn't anything new, he could be found taking things apart even as a child. When not poking around in PC's he can be found playing League of Legends, Awesomenauts, or Civilization 5 or watching a wide variety of TV shows and Movies. A car guy at heart, the same things that draw him into tweaking cars apply when building good looking fast computers. If you are interested in writing for Wes here at LanOC you can reach out to him directly using our contact form.
Discuss this article
Log in to comment
Posts in discussion: Silverstone Fortress 2 FT02