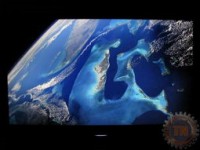 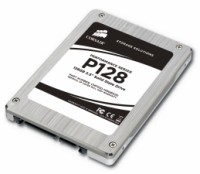 The RocketRAID 3510 is amazingly fast. For a mid range priced card it provides excellent performance and although we only had two SSD drives to test with, the card showed some excellent capabilities. In terms of features the RocketRAID 3510 had all the goods we enjoyed with the RocketRAID 2680 and 4320 cards; an excellent web interface, easy to navigate system BIOS, and was easy to setup.

While the memory performed well, the results in any test couldn't really make a strong case for 4GB over 3GB or 2GB, and for that matter 800MHz over 667Mhz. Benchmark results are not the only thing to consider when looking at a memory upgrade, as most people are well aware that adding more memory improves overall system performance, especially when multi-tasking.

As a whole, the Rosewill RKM-800RF Wireless Keyboard and mouse combo is a decent, solid performer. In a very crowded field of contenders, it doesn’t really stand out, and doesn’t draw attention to itself, but it performs admirably. If you are a hard-core gamer, or if you have large hands like me, you might want to try it before committing to the RKM-800RF.

ASUS has some tough shoes to fill. Fortunately, they're familiar shoes; their own, in fact. A long string of high performance motherboards that got adopted simultaneously by the enthusiast and gaming sets, led ASUS to create a specialty brand segment they call "Republic of Gamers". The ROG Creed goes like this: "The Republic of Gamers is committed to delivering the most innovative and best performing PC solutions to enhance the gaming experience of power users." That's a tall order, especially in the competitive PC component market where today's news is already old news. One of the newest members of this Republic is the Maximus II GENE, part of a new group of small form factor components that give nothing away in performance to their larger brethren. Benchmark Reviews is pleased to review this latest offering, based on the Intel P45 and ICH10R, and we put it through the wringer against a well known full ATX-size reference board. The new ASUS Maximus II Gene motherboard goes by the tagline: Mini Size, Max Mobility. You have to take these marketing lines with a grain of salt, because taken at face value, you might expect a mini-ITX board. Instead we have a micro-ATX (uATX) board that squeezes almost every last feature from its feature-rich ROG brother into the slightly smaller format. A more accurate description might be: Micro Size, Max Performance.  Let's dive in and take a look at what ASUS calls: A new band of ROG heroes, the GENE squad.

"If, as they say, silence is golden, then Cooler Master chose the wrong color for their Sileo 500 computer case. As this review shows, the Sileo is clearly up to the task of keeping even the most demanding hardware comfortably cool, and doing it at near silence. After playing with this chassis for a week or so, I can assure you it would be very easy to build a silent machine using this chassis and some carefully chosen mainstream hardware."

"In the end this little keyboard exceeded my expectations. The construction is very solid, the orange backlighting looks awesome, and it has a nearly full 103-key lineup so it's perfect for just about any task. Gaming is what it's designed for and it works great for that, but the soft and quiet keys also work well for general computer use."