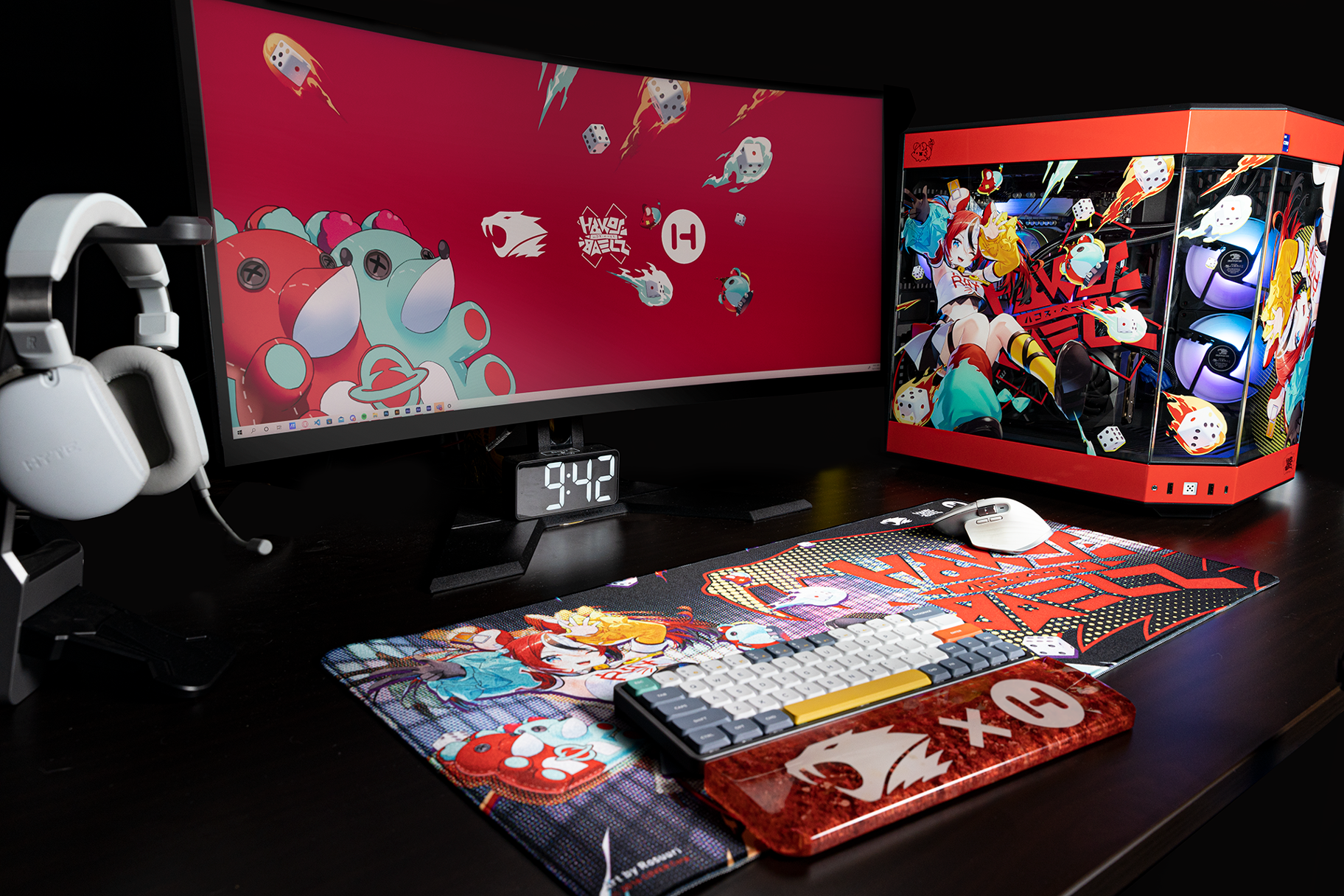 "Are you ready Hakos Baelz fans?” said King Perez de Tagle, Marketing Executive Producer of iBUYPOWER and HYTE. “We are excited to expand our partnership with hololive production to include ready to ship Hakos Baelz RDY systems."

iBUYPOWER will offer two RDY systems and a custom configured option for users to hand-select the components of their liking. All Hakos Baelz systems will be housed in the limited run Y60 Hakos Baelz PC case. Originally unveiled in July of 2022 and in partnership with hololive production English team, represented by the COVER Corporation from Japan, HYTE’s unique version of the Y60 prominently displays artwork from professional anime illustrator Rosuuri, depicting famous VTuber Hakos Baelz on the wrap-around tempered glass side panels.

Each of the Y60 Hakos Baelz RDY systems will be equipped with a custom plate on the rear of the case indicating the limited-edition production number illustrated with dice and a hololive production x iBUYPOWER collaboration logo.

In addition, iBUYPOWER will include a free custom Hakos Baelz desk pad with systems purchased featuring the Y60 Hakos Baelz. All iBUYPOWER systems come backed by a standard three-year warranty and with Microsoft Windows pre-installed.

Since 1999, iBUYPOWER has embodied its core beliefs of Perseverance, Unity, Strength, and Ambition, to deliver on its promise to build the best gaming systems for the most discerning gamers. Even in a time when PCs were not as ubiquitous as they are today, we fueled the passion for gaming by giving our customers the highest quality in custom built computers. Our systems have since become the backbone for professional gamers, game developers, LAN centers, major esports tournaments, collegiate esports, and everyday consumers. iBUYPOWER has worked intimately with brands such as Intel, NVIDIA, AMD, Microsoft, WD, ASUS, Bethesda, MLG and many more. Superior performance, reliability, cutting edge technology and timely production make iBUYPOWER the authority in PC gaming