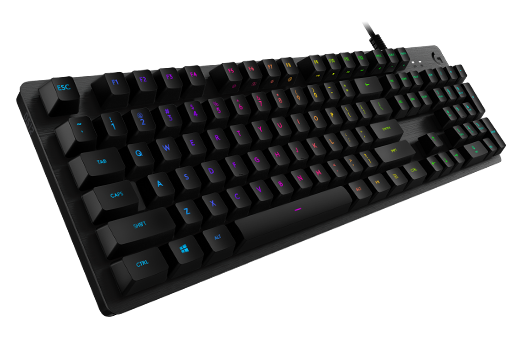 The Logitech G512 features an anodized and brushed aircraft-grade 5052 aluminum top case for a slim, premium design with rigid durability. An integrated USB cable connects the USB 2.0 passthrough port to its own input for 100 percent power throughout. The mechanical gaming keyboard is available in Carbon (Black).

In addition, Logitech G also announced that it will be providing early access to a new software experience named G Hub. Still in early stages of development, our eventual aim with G Hub is to create a software experience that provides the same functionality and benefits of Logitech Gaming Software, but with a modern, easy-to-use interface and enhanced capabilities. By opening this early access experience to the community, we hope to gather feedback that will help us to make the G Hub experience even better.

We have 1166 guests and no members online