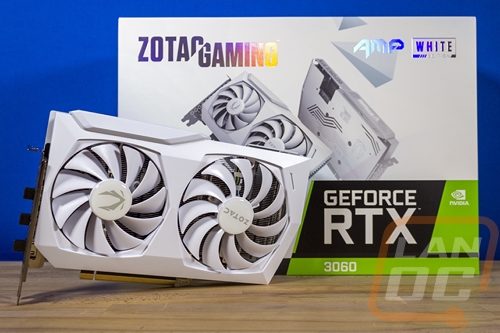 As always I like to start my testing with a few synthetic benchmarks. 3DMark especially is one of my favorites because it is very optimized in both Nvidia and AMD drivers. It's nice to not have to worry about it being favored too much either way and the repeatability of the results makes it a nice chance to compare from card to card, especially when comparing with the same GPU. In this case, though I am curious to see how the 3060 AMP compares against the other RTX 3060’s that I’ve tested in the past, especially with it having a bigger overclock than the other cards but cards like the MSI 3060 Trio with a huge cooler may be able to make up the clock difference with more consistent cooling. We will see though. 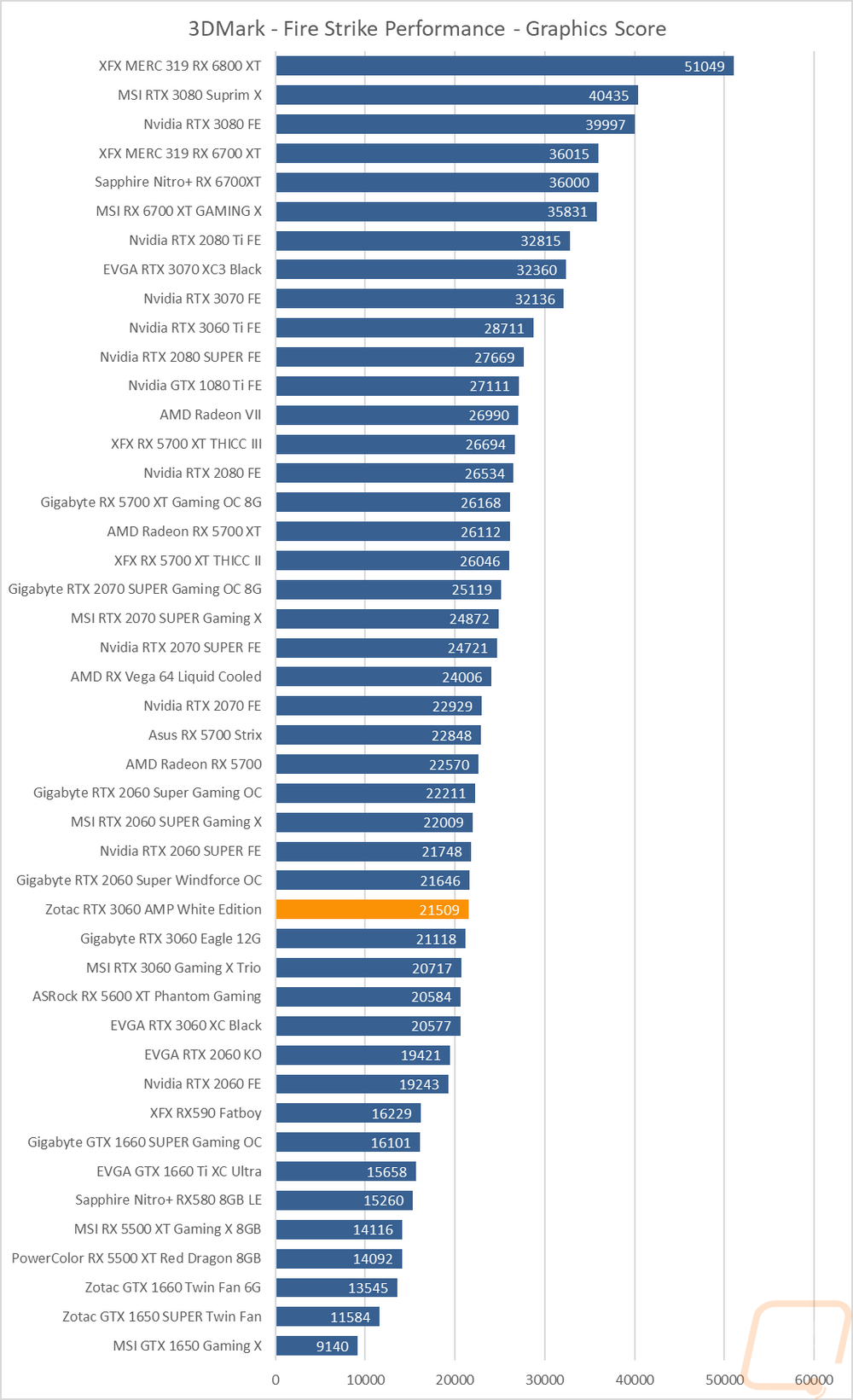 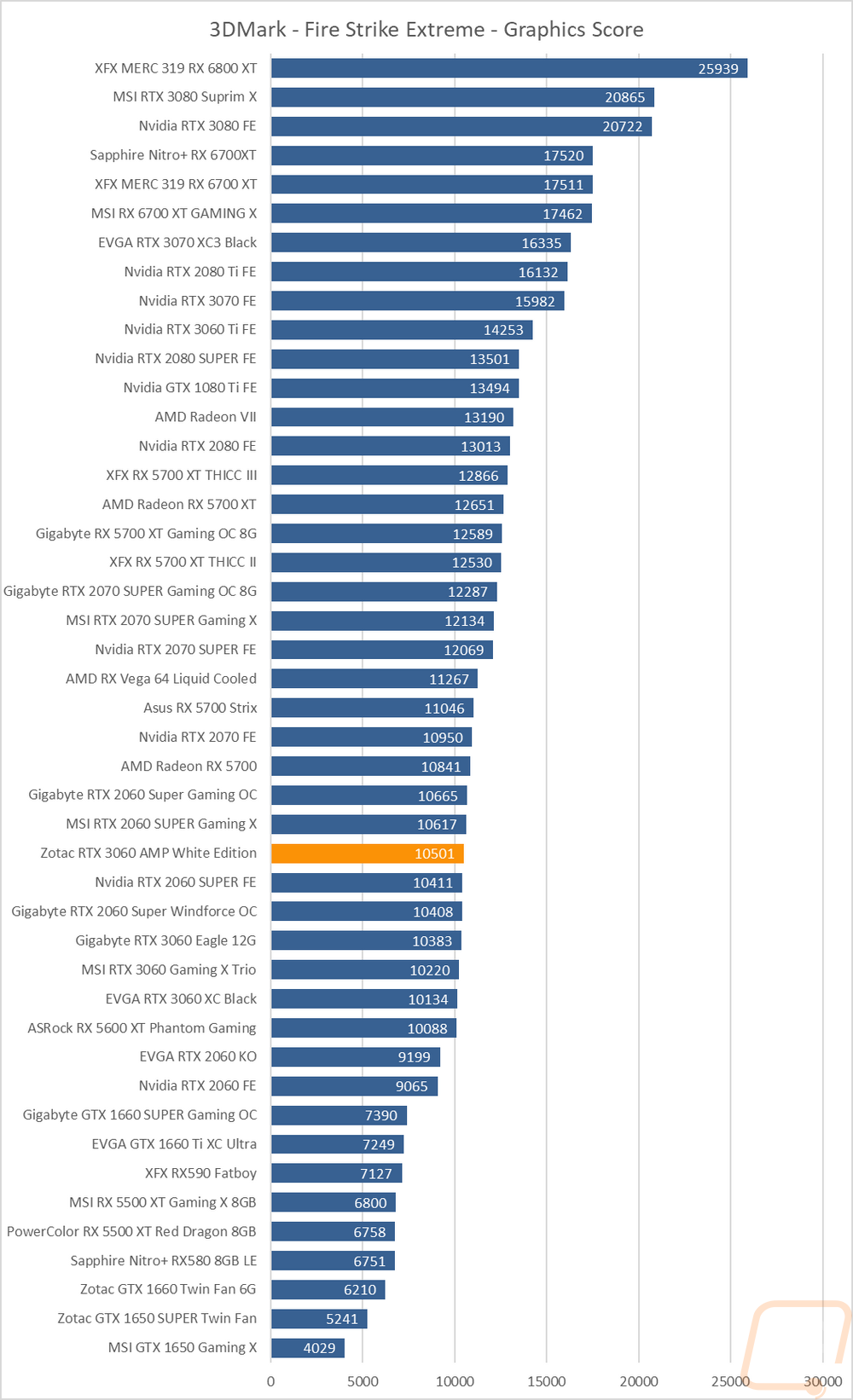 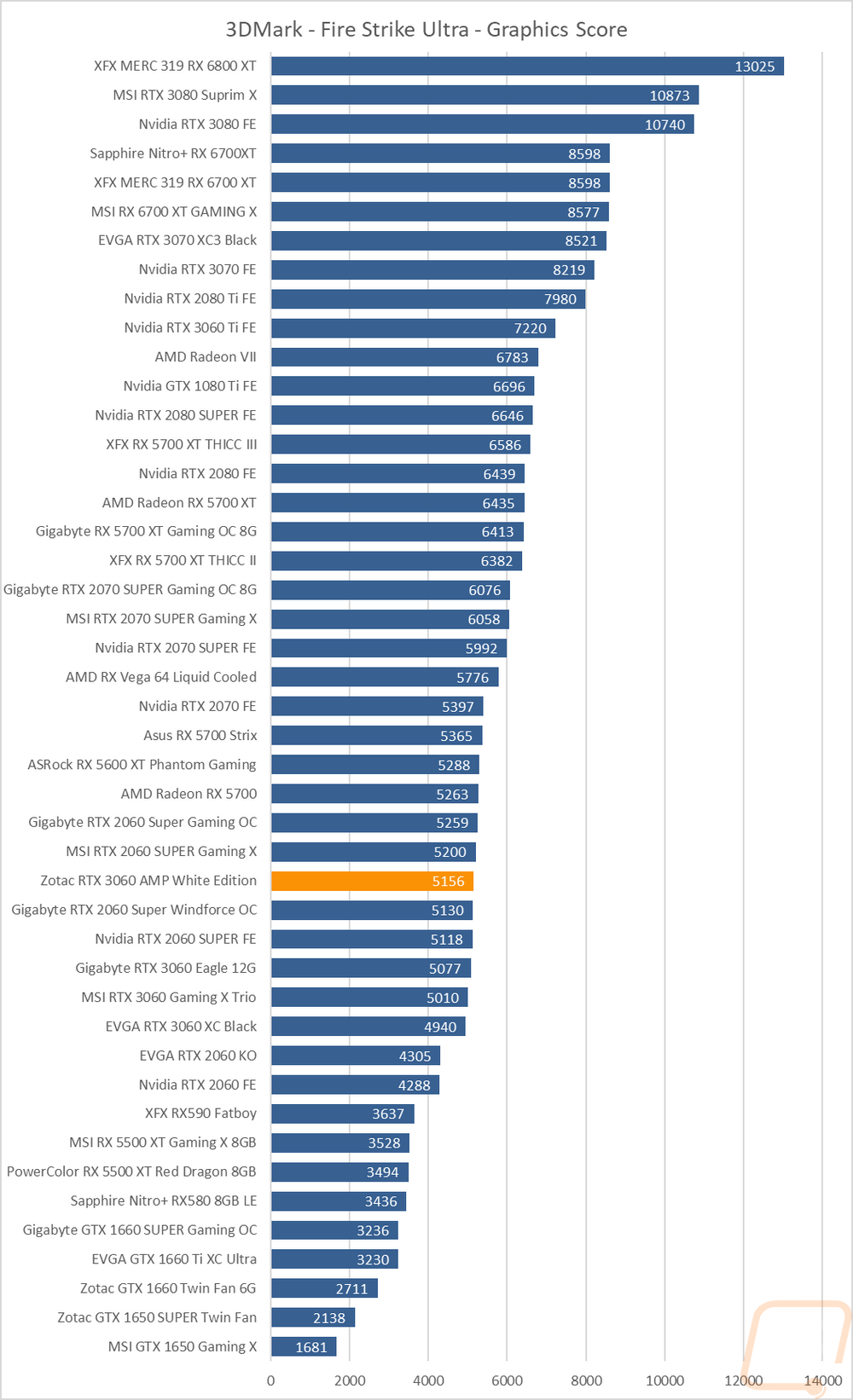 The next two were both based on the Time Spy benchmark. One is the standard test and then there is the extreme detail level. The newer Nvidia cards handle Time Spy better and you can see that with the 3060 AMP White Edition sitting higher up in the charts in both of these compared to the Fire Strike tests. The 3060 AMP White Edition was once again out ahead of the other 3060’s by a small amount and this was enough to pass the RX 5700 XT and the RTX 2070 FE and even get up close to the GTX 1080 Ti in the Time Spy Extreme test. 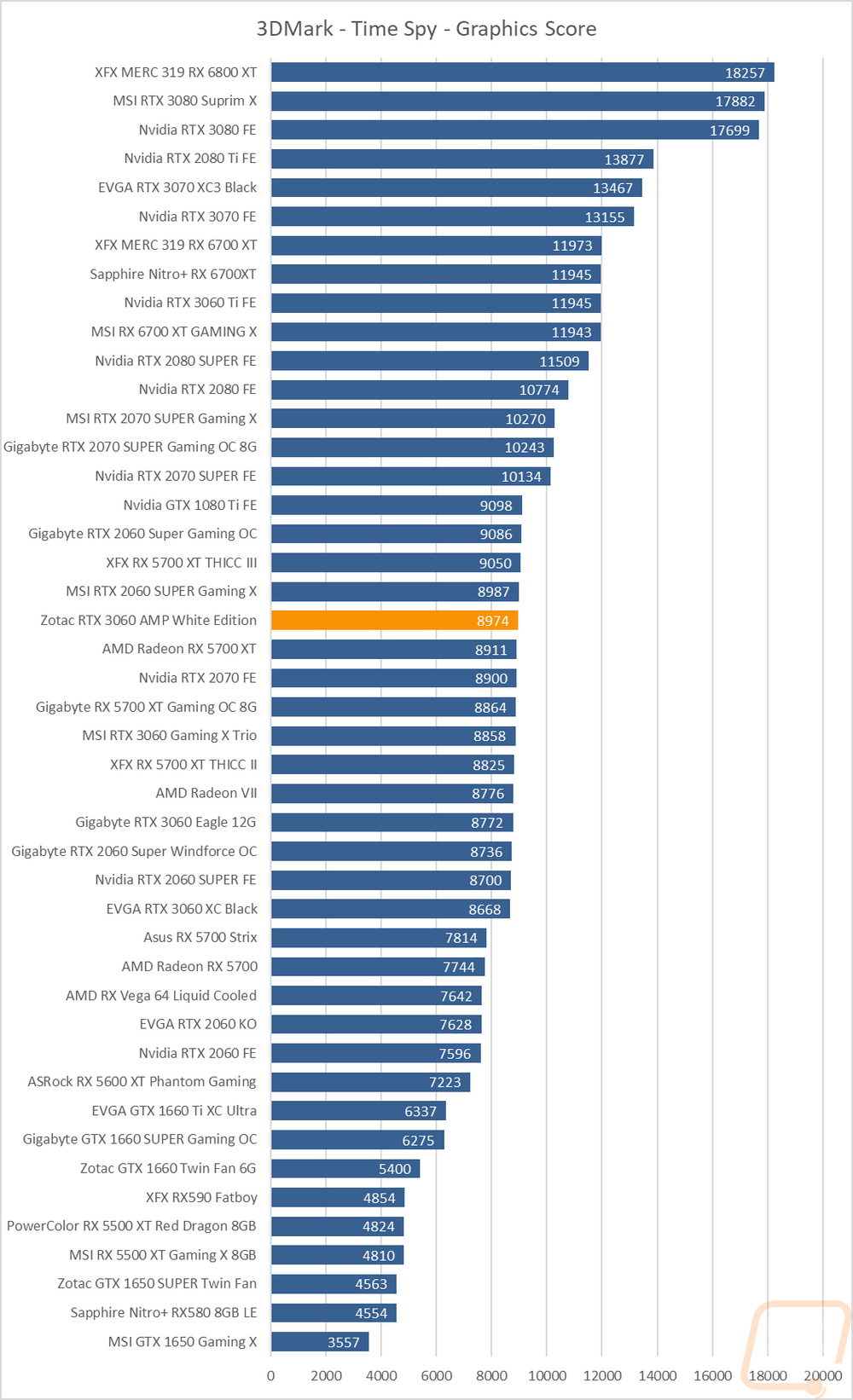 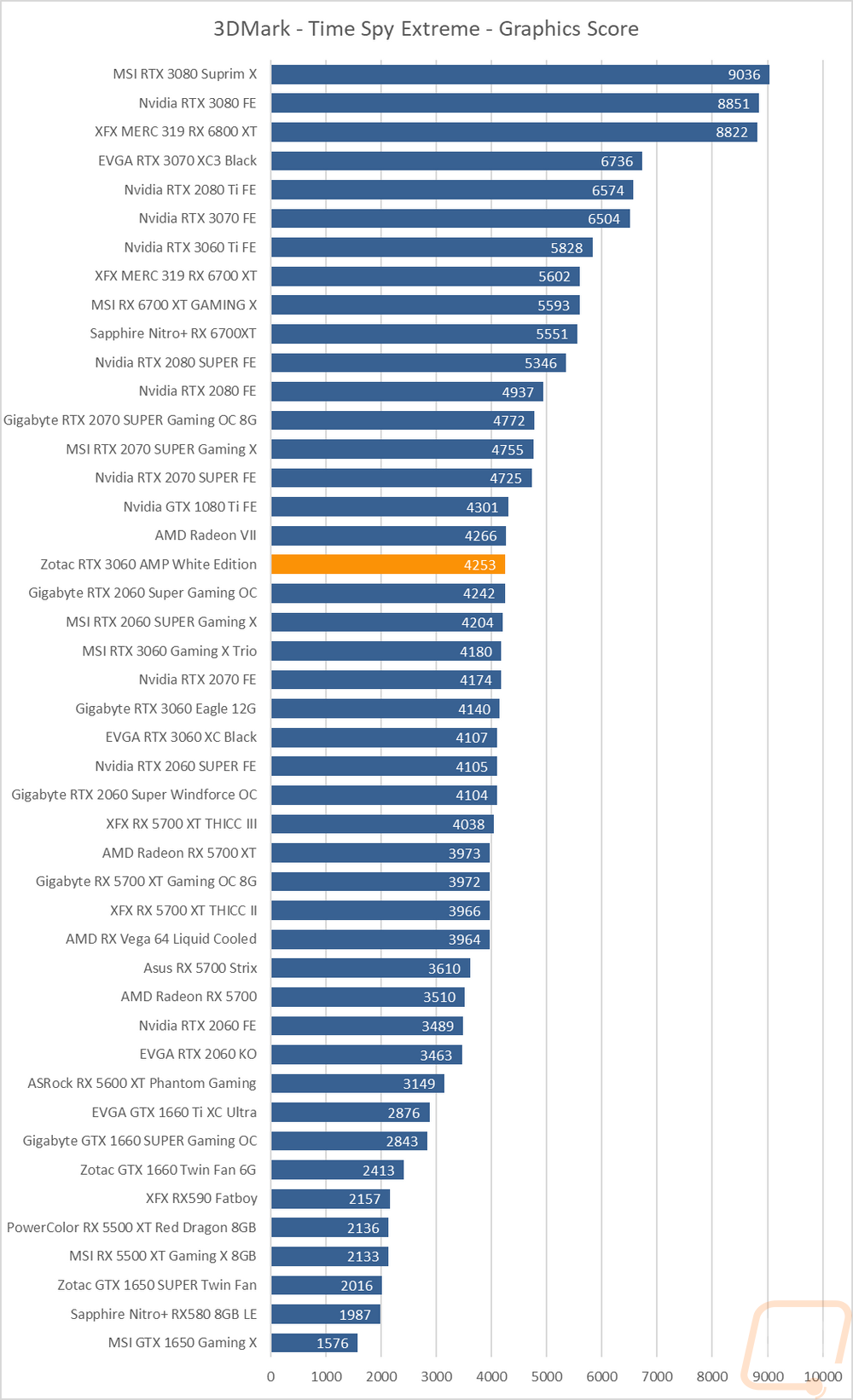 I did also run 3DMark Port Royal on the 3060 AMP White Edition even though I didn’t do our full RTX/DLSS test suite. It was of course out ahead of the other RTX 3060’s and the overclocked 2060 SUPERs as well but the margin between it and the next step up with the 6700XT and 2070 SUPER is still large. 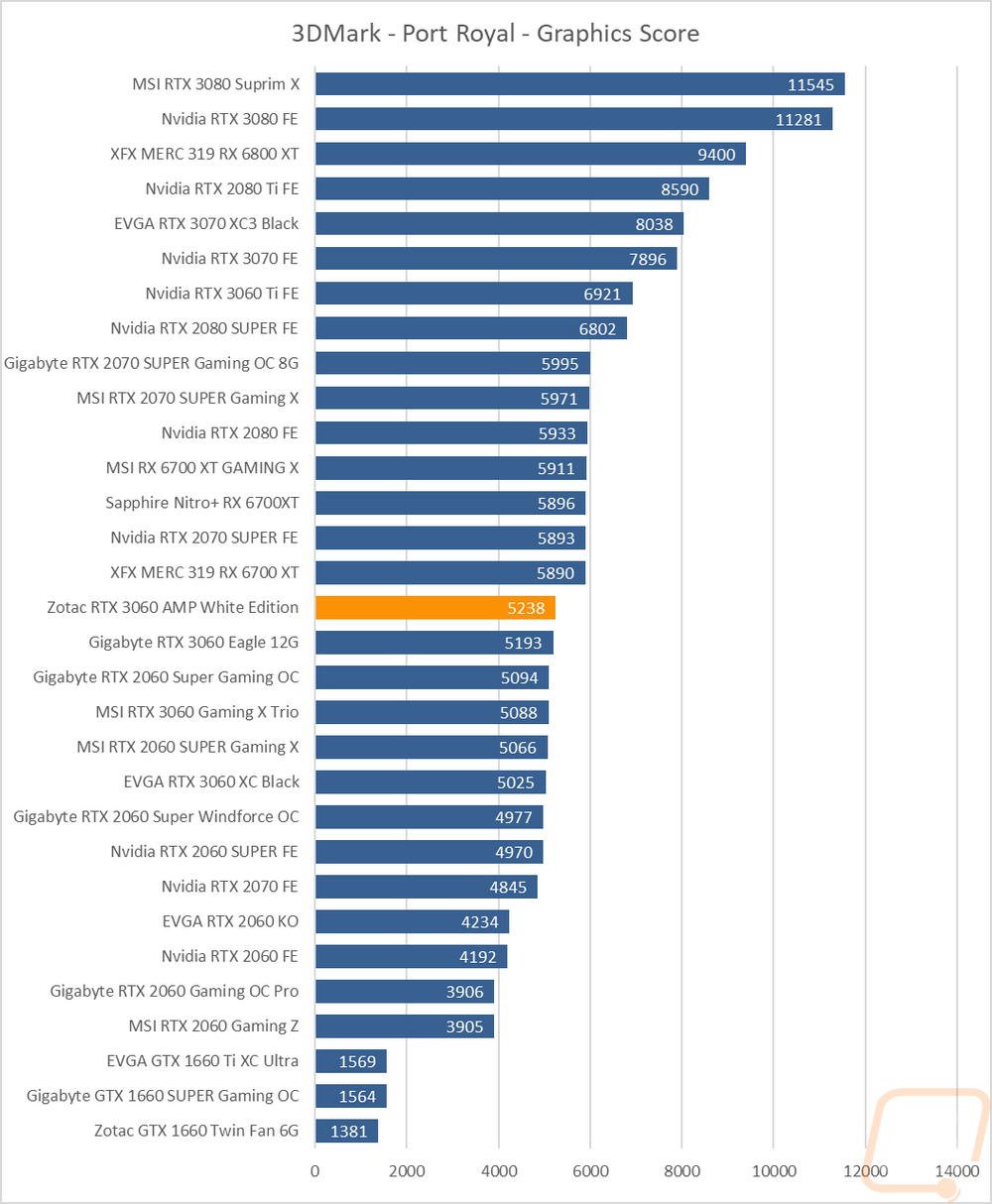