As always I like to start my testing with a few synthetic benchmarks. 3DMark especially is one of my favorites because it is very optimized in both Nvidia and AMD drivers. It's nice to not have to worry about it being favored too much either way and the repeatability of the results makes it a nice chance to compare from card to card, especially when we have a card like the RTX 3080 SUPRIM X which has a significant overclock over the RTX 3080 Founders Edition that I previously covered. The Founders Edition clocked at 1710 MHz and MSI has the SUPRIM boosted up to 1905 Mhz for an 11% increase.

The first round of tests were done in the older Fire Strike benchmark which is a DX11 test. There are three detail levels, performance, extreme, and ultra. The SUPRIM X is out ahead of the 2080 Founders Edition in each of the three tests. In the Ultra detail setting this equates to a 1.2% increase which isn’t bad for the same GPU. 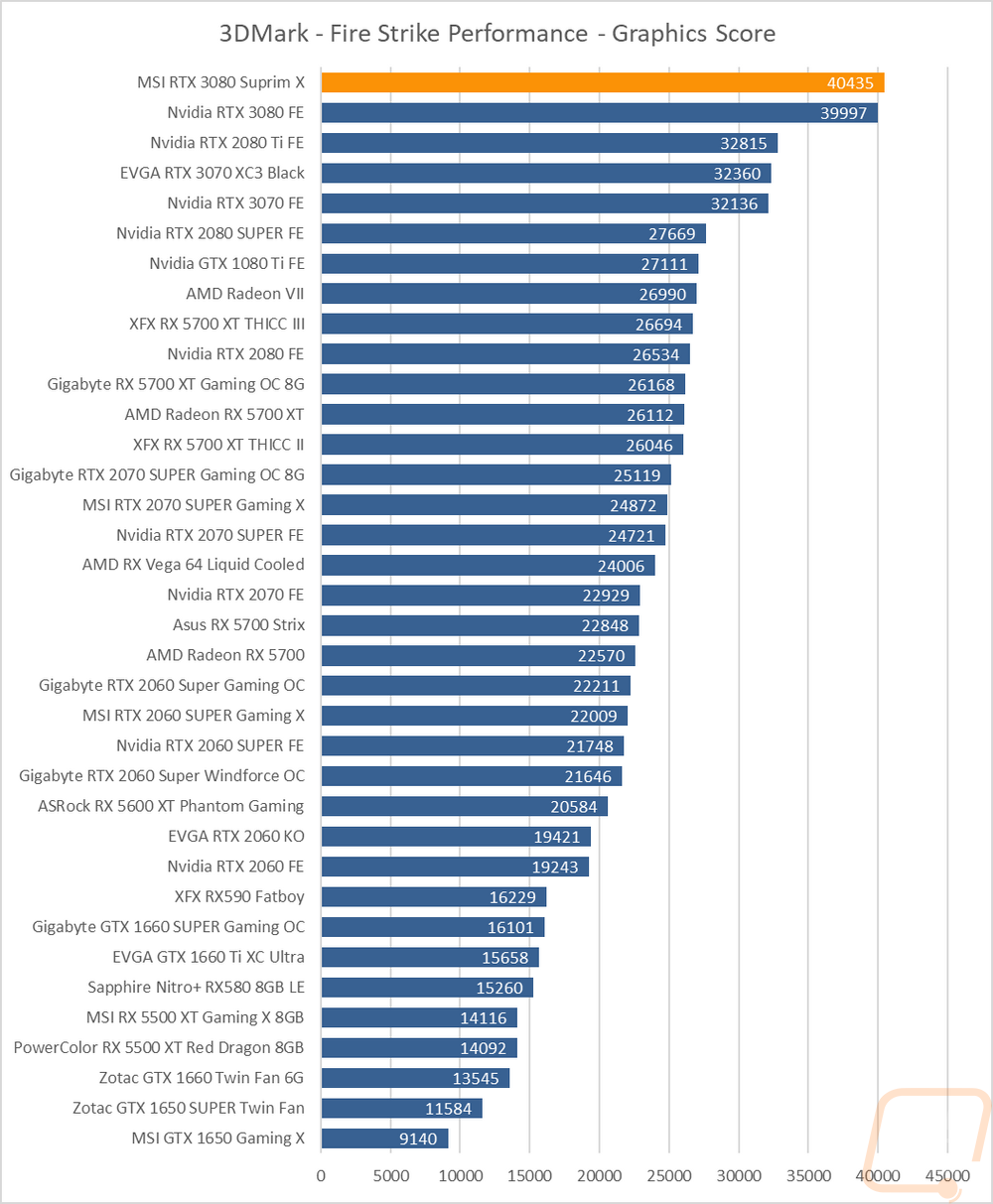 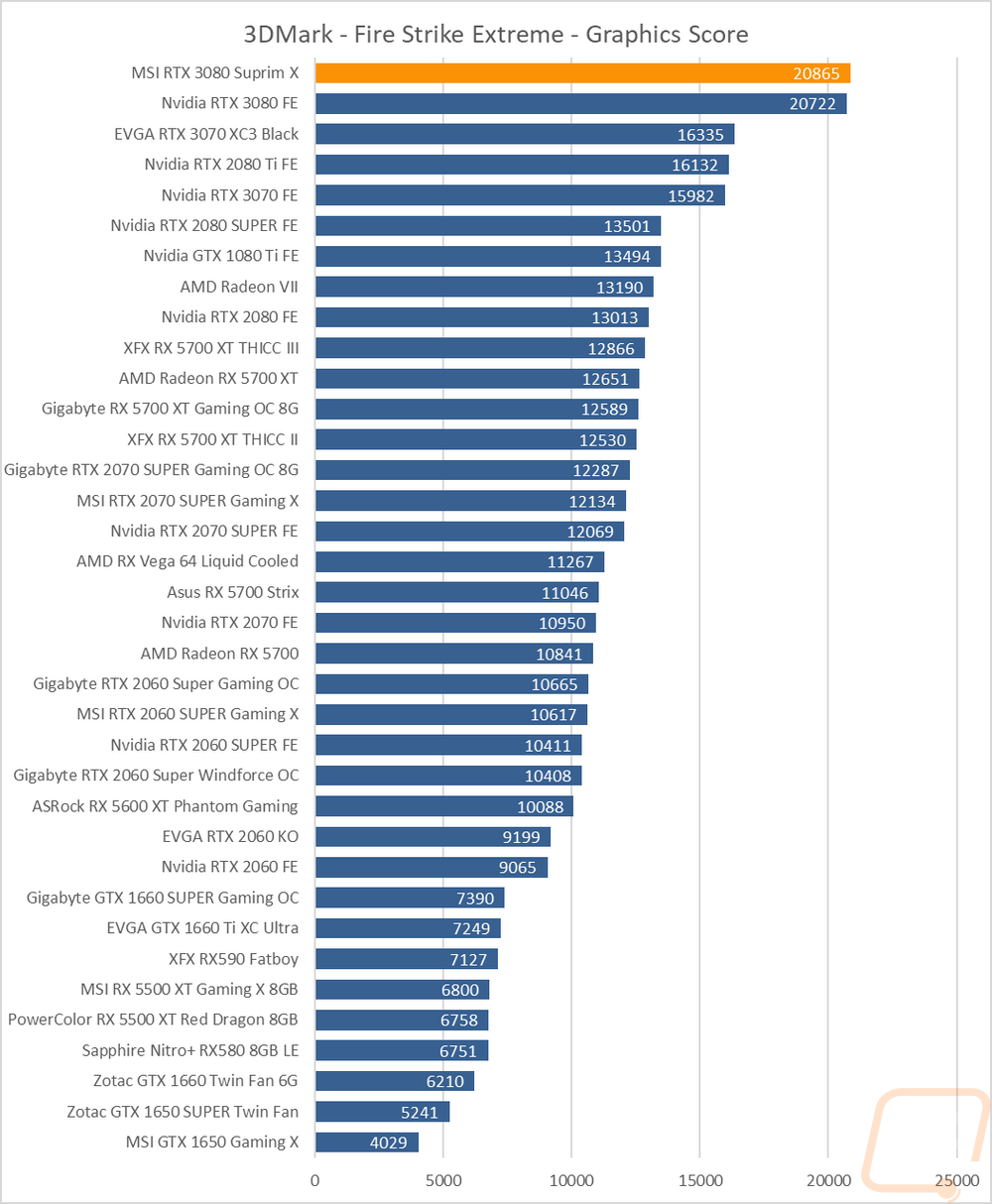 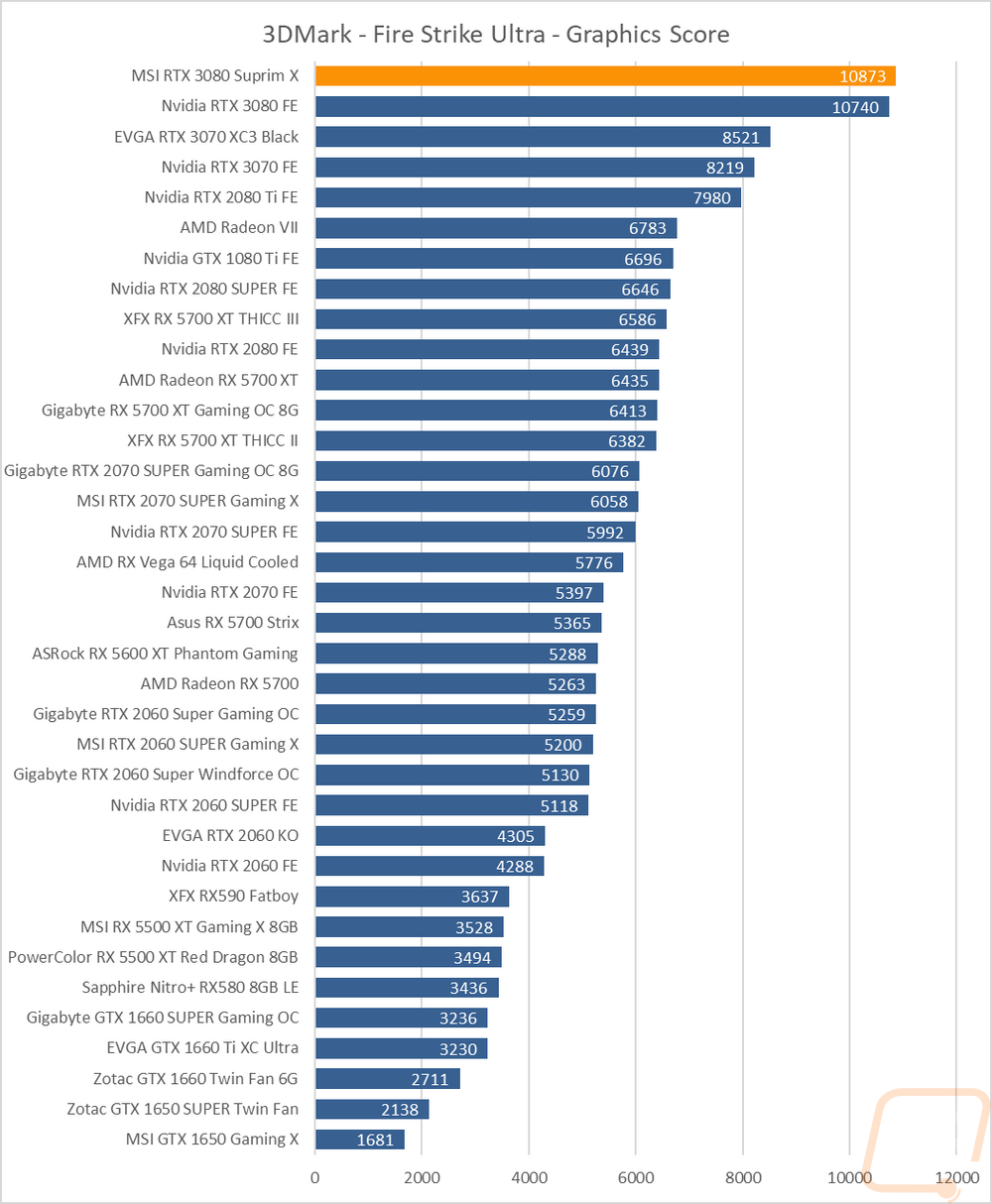 The next two were both based on the Time Spy benchmark. One is the standard test and then there is the extreme detail level. Again the SUPRIM X is out ahead, this time with the Extreme Detail setting the performance increase is 2.1% which makes sense, the 2000 and 3000 series cards work even better in Time Spy. 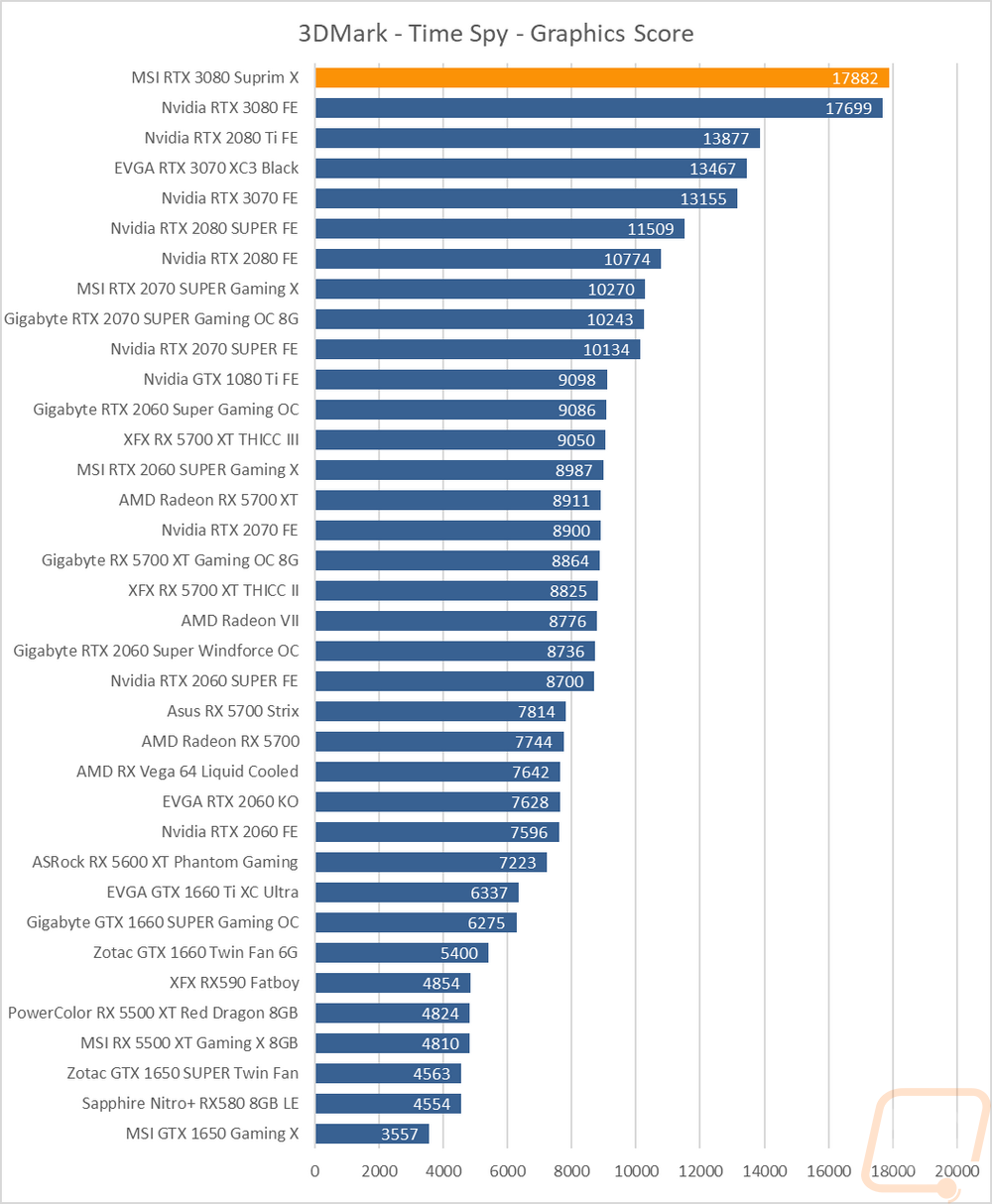 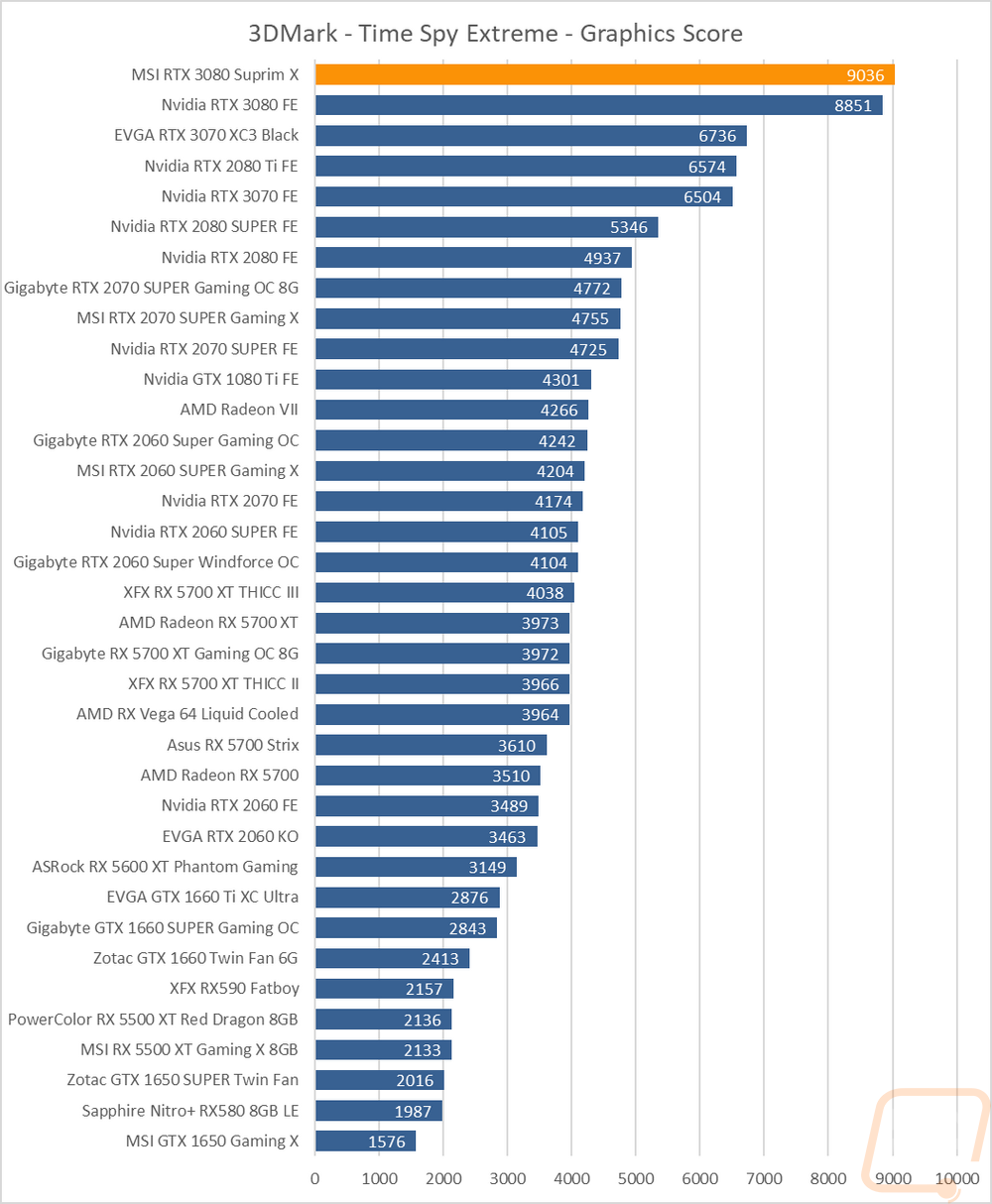 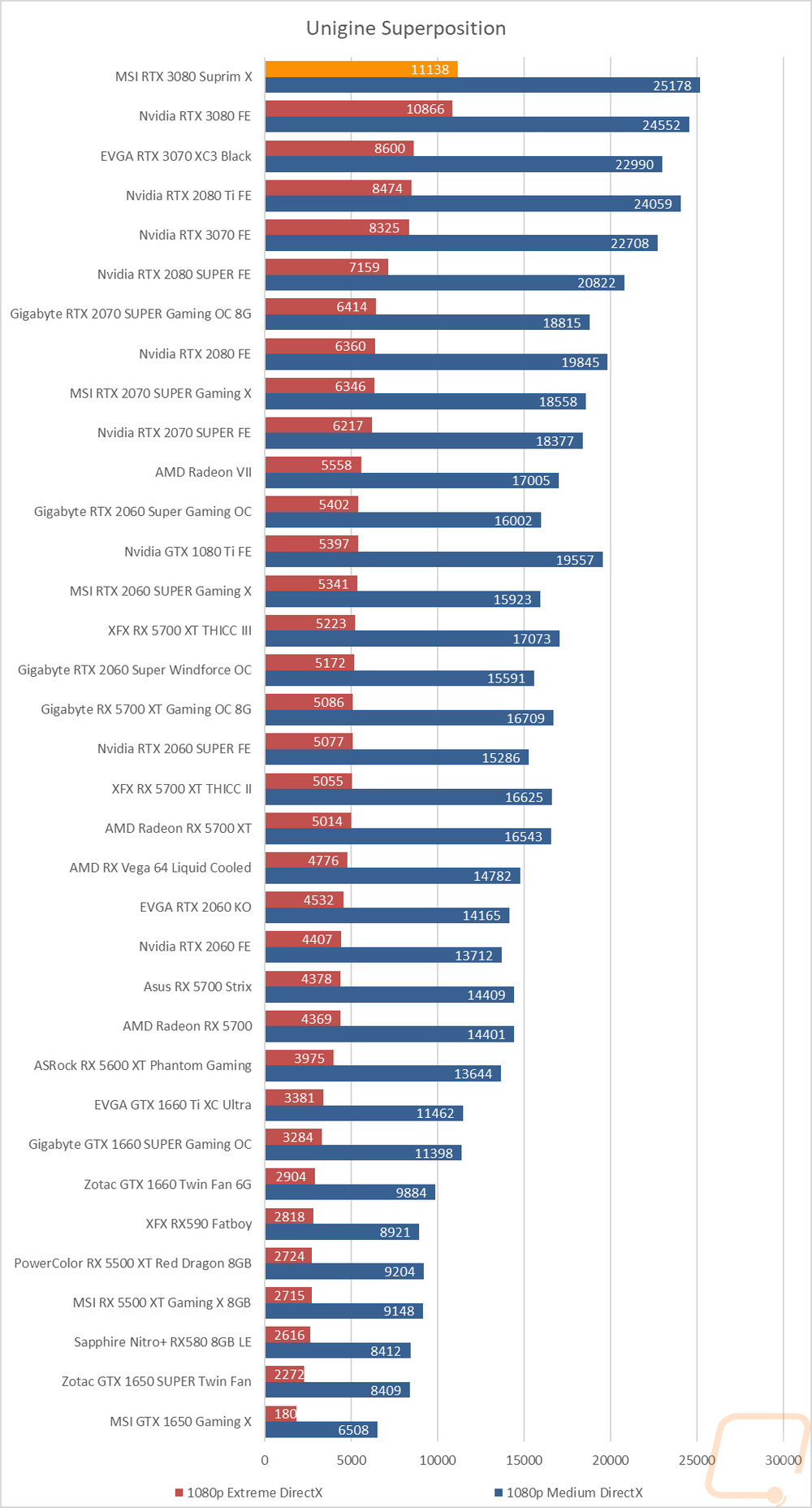 We have 1970 guests and one member online